The Rise of Napoleon 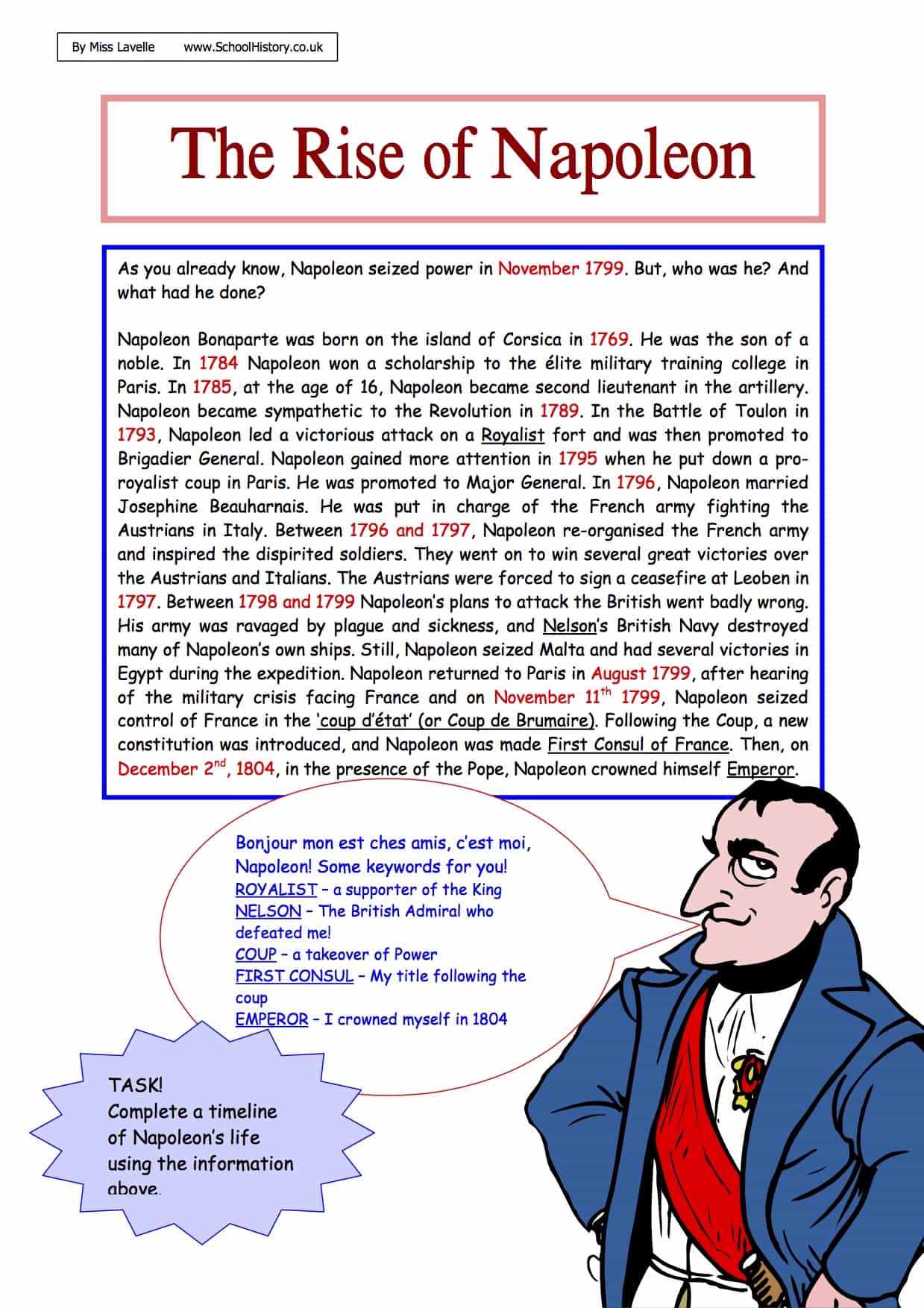 As you already know, Napoleon seized power in November 1799. But, who was he? And what had he done?

Napoleon Bonaparte was born on the island of Corsica in 1769. He was the son of a noble. In 1784 Napoleon won a scholarship to the élite military training college in Paris. In 1785, at the age of 16, Napoleon became second lieutenant in the artillery. Napoleon became sympathetic to the Revolution in 1789.

In the Battle of Toulon in 1793, Napoleon led a victorious attack on a Royalist fort and was then promoted to Brigadier General. Napoleon gained more attention in 1795 when he put down a pro- royalist coup in Paris. He was promoted to Major General. In 1796, Napoleon married Josephine Beauharnais. He was put in charge of the French army fighting the Austrians in Italy. Between 1796 and 1797, Napoleon re-organised the French army and inspired the dispirited soldiers. They went on to win several great victories over the Austrians and Italians.

The Austrians were forced to sign a ceasefire at Leoben in 1797. Between 1798 and 1799 Napoleon’s plans to attack the British went badly wrong. His army was ravaged by plague and sickness, and Nelson’s British Navy destroyed many of Napoleon’s own ships. Still, Napoleon seized Malta and had several victories in Egypt during the expedition. Napoleon returned to Paris in August 1799, after hearing of the military crisis facing France and on November 11th 1799, Napoleon seized control of France in the ‘coup d’état’ (or Coup de Brumaire). Following the Coup, a new constitution was introduced, and Napoleon was made First Consul of France. Then, on December 2nd, 1804, in the presence of the Pope, Napoleon crowned himself Emperor