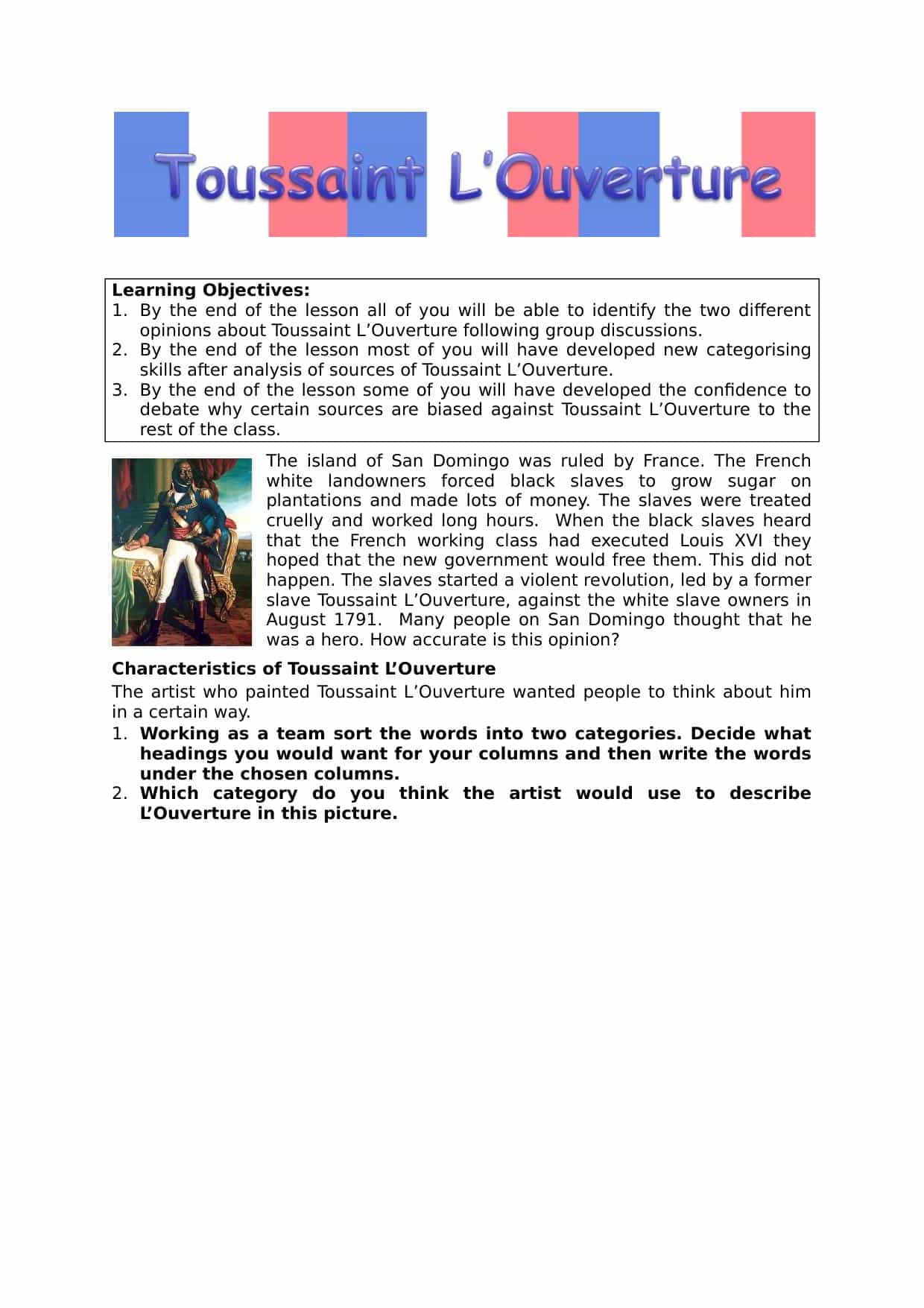 The island of San Domingo was ruled by France. The French white landowners forced black slaves to grow sugar on plantations and made lots of money. The slaves were treated cruelly and worked long hours. When the black slaves heard that the French working class had executed Louis XVI they hoped that the new government would free them. This did not happen. The slaves started a violent revolution, led by a former slave Toussaint L’Ouverture, against the white slave owners in August 1791. Many people on San Domingo thought that he was a hero. How accurate is this opinion?

The artist who painted Toussaint L’Ouverture wanted people to think about him in a certain way.

1. Working as a team sort the words into two categories. Decide what headings you would want for your columns and then write the words under the chosen columns.
2. Which category do you think the artist would use to describe L’Ouverture in this picture.