What Were Conditions Like for Children in 19th Century Factories?

School History > Industrial Age > What Were Conditions Like for Children in 19th Century Factories?
Free 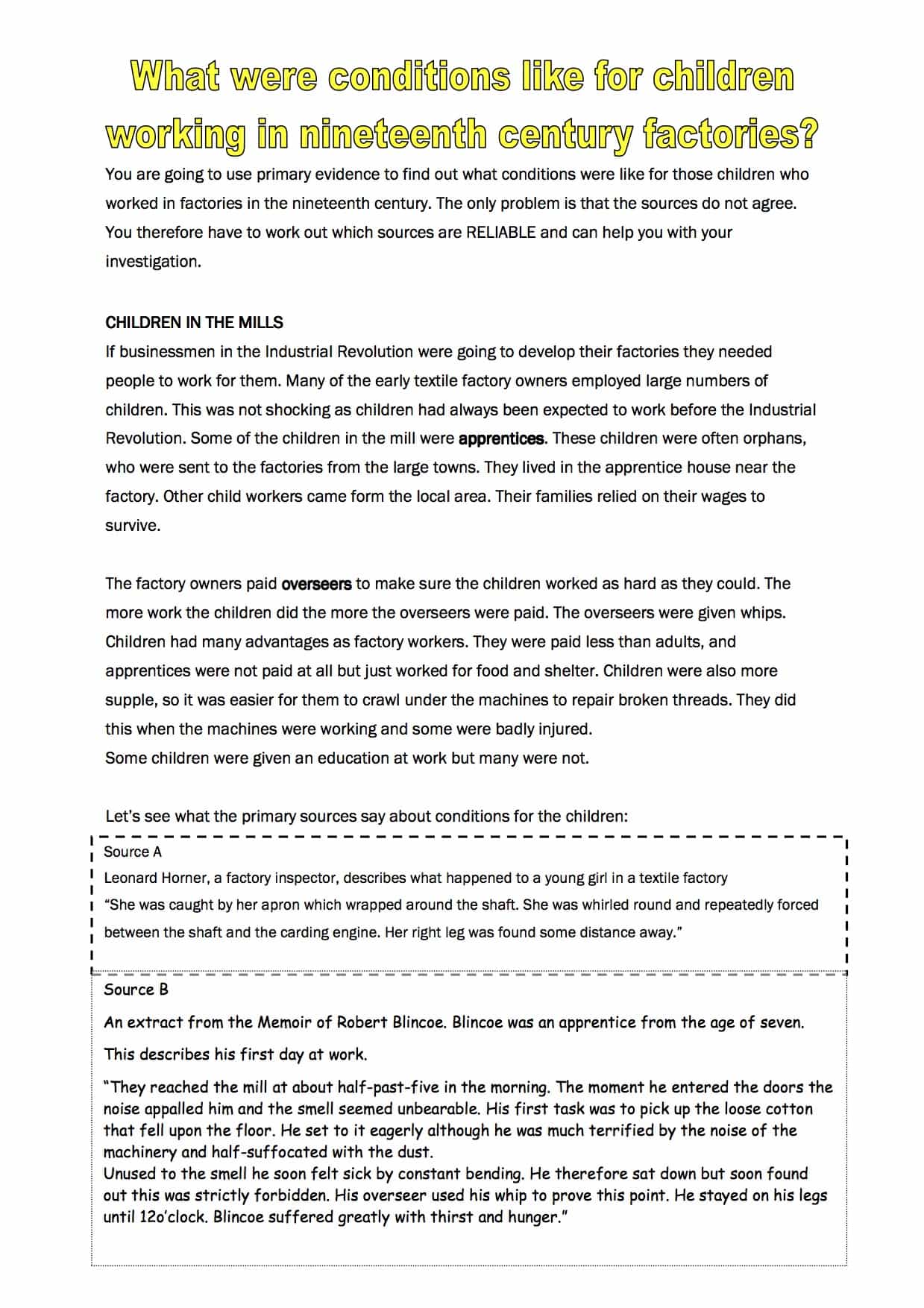 You are going to use primary evidence to find out what conditions were like for those children who worked in factories in the nineteenth century. The only problem is that the sources do not agree. You therefore have to work out which sources are RELIABLE and can help you with your investigation.

CHILDREN IN THE MILLS
If businessmen in the Industrial Revolution were going to develop their factories they needed people to work for them. Many of the early textile factory owners employed large numbers of children. This was not shocking as children had always been expected to work before the Industrial Revolution. Some of the children in the mill were apprentices. These children were often orphans, who were sent to the factories from the large towns. They lived in the apprentice house near the factory. Other child workers came form the local area. Their families relied on their wages to survive.

The factory owners paid overseers to make sure the children worked as hard as they could. The more work the children did the more the overseers were paid. The overseers were given whips. Children had many advantages as factory workers. They were paid less than adults, and apprentices were not paid at all but just worked for food and shelter. Children were also more supple, so it was easier for them to crawl under the machines to repair broken threads. They did this when the machines were working and some were badly injured.

Some children were given an education at work but many were not.