Do you want to save dozens of hours in time? Get your evenings and weekends back? Be able to teach about William Pitt the Younger to your students? 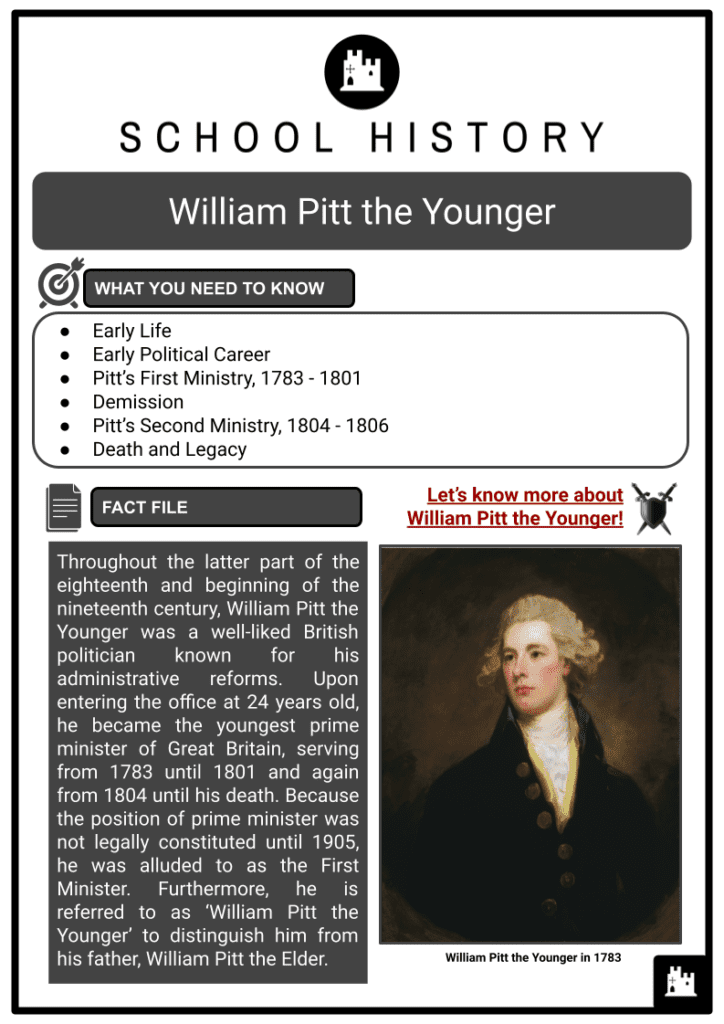 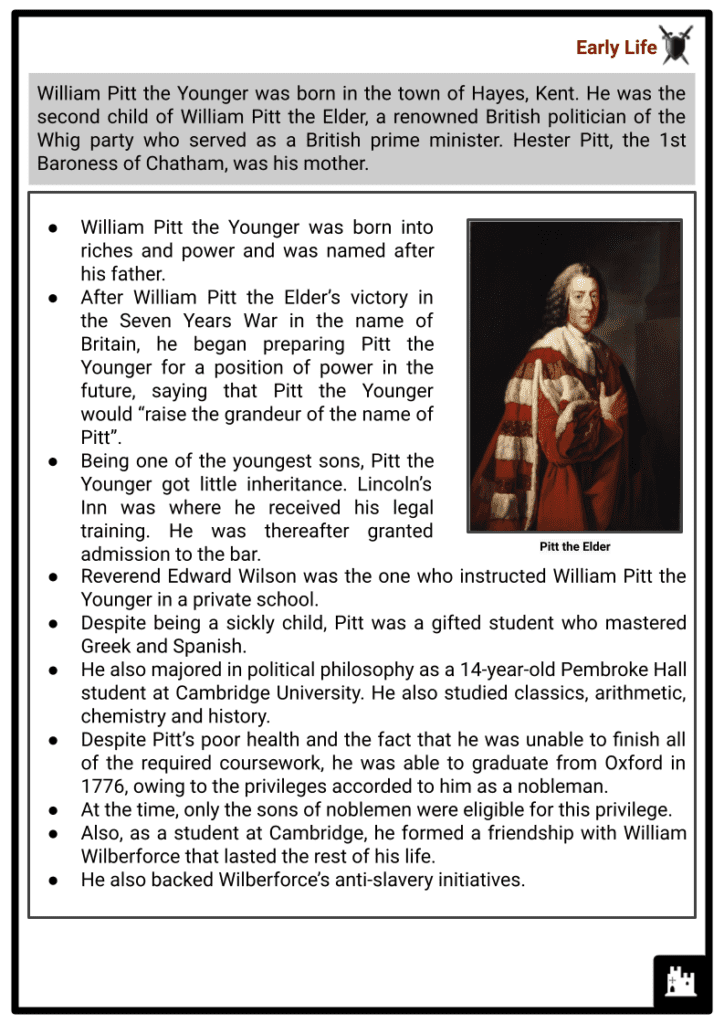 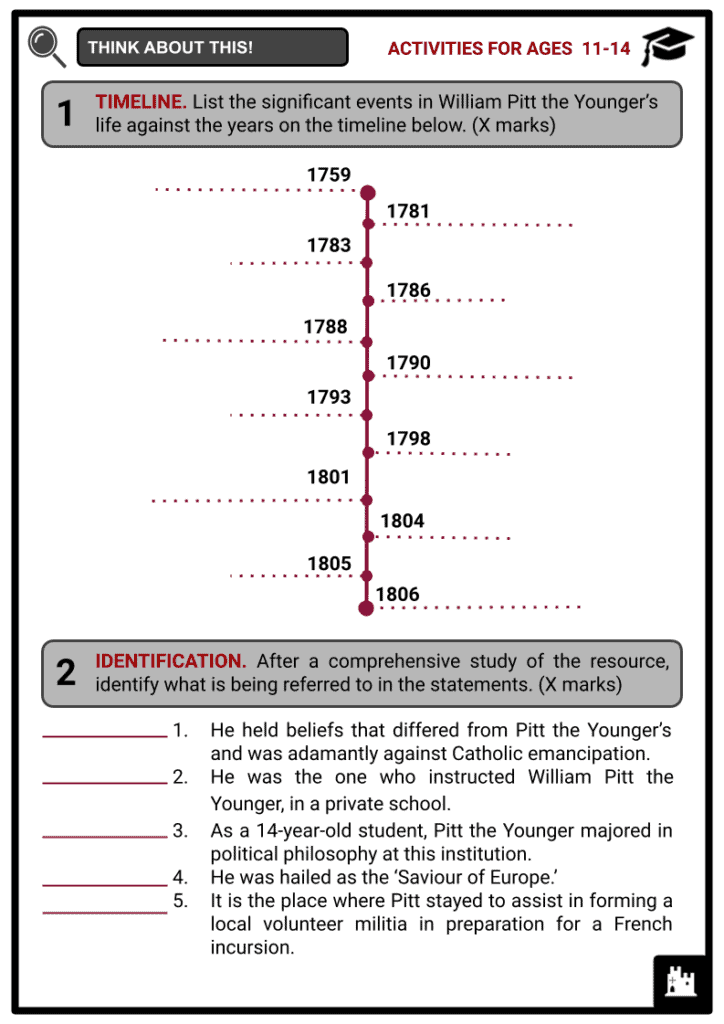 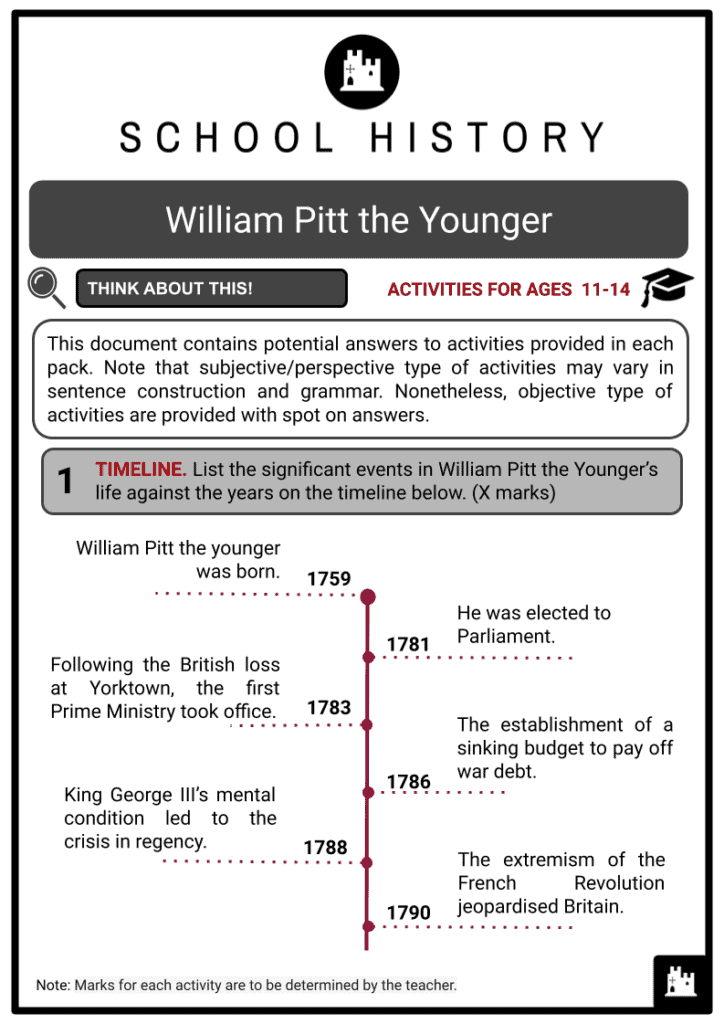 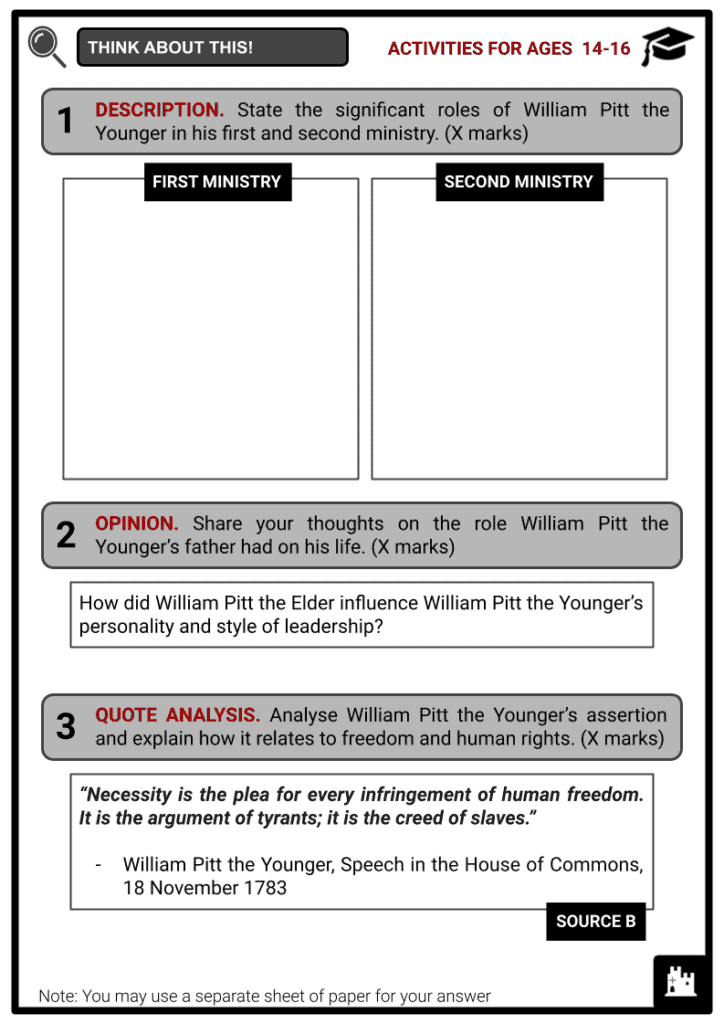 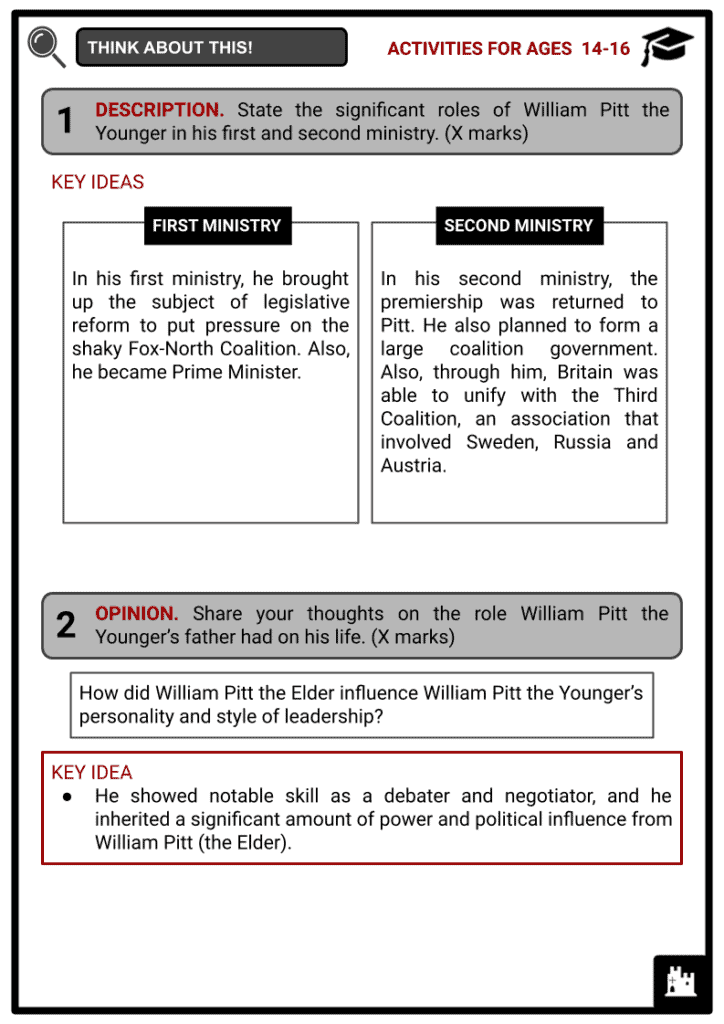 Let’s find out more about William Pitt the Younger!

Throughout the latter part of the eighteenth and beginning of the nineteenth century, William Pitt the Younger was a well-liked British politician known for his administrative reforms. Upon entering the office at 24 years old, he became the youngest prime minister of Great Britain, serving from 1783 until 1801 and again from 1804 until his death. Because the position of prime minister was not legally constituted until 1905, he was alluded to as the First Minister. Furthermore, he is referred to as ‘William Pitt the Younger’ to distinguish him from his father, William Pitt the Elder.

Pitt the Younger uttered his most famous powerful phrase during the yearly banquet of the Lord Mayor, where the people recognised him as the saviour of their country. Pitt remarked:

“I return you many thanks for the honour you have done me; but Europe is not to be saved by any single man. England has saved herself by her exertions, and will, as I trust, save Europe by her example.” (The War Speeches of William Pitt, Oxford University Press, 1915, p. 351)