Teach any The Romans (Ancient Rome) topic, no prep needed!

Do you want to save dozens of hours in time? Get your evenings and weekends back? Be fully prepared to teach any The Romans (Ancient Rome) KS3 topic?

Every The Romans (Ancient Rome) topic is covered, and each module comes complete with:

In the ancient world, the Roman Empire was the largest. Dating from 25 BC until its fall in 476 AD, the Roman Empire had a significant impact on shaping Europe and Britain in the subsequent Middle Ages, Renaissance and even into the Enlightenment and modern times. This is evident in the prominence of Latin in the roots of many languages, in the naming convention of the sciences, the calendar, systems of governance, architecture and engineering, taxation, religion and more.

Learn more about the history of ancient Rome from its origins to the Republic, the rule of the triumvirates in Roman history, and the reasons behind the fall of the Roman Empire with our KS3 resources. You’ll find Student Activities, Lesson Presentation, and Revision Notes ready to download below. KS3 resources are ideally suited for Years 7, 8 and 9, or ages 11-14. 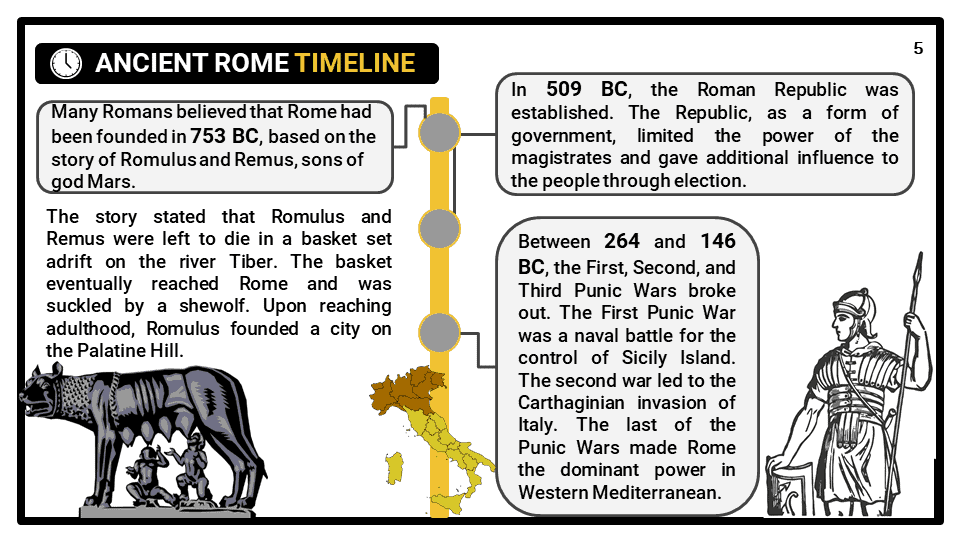 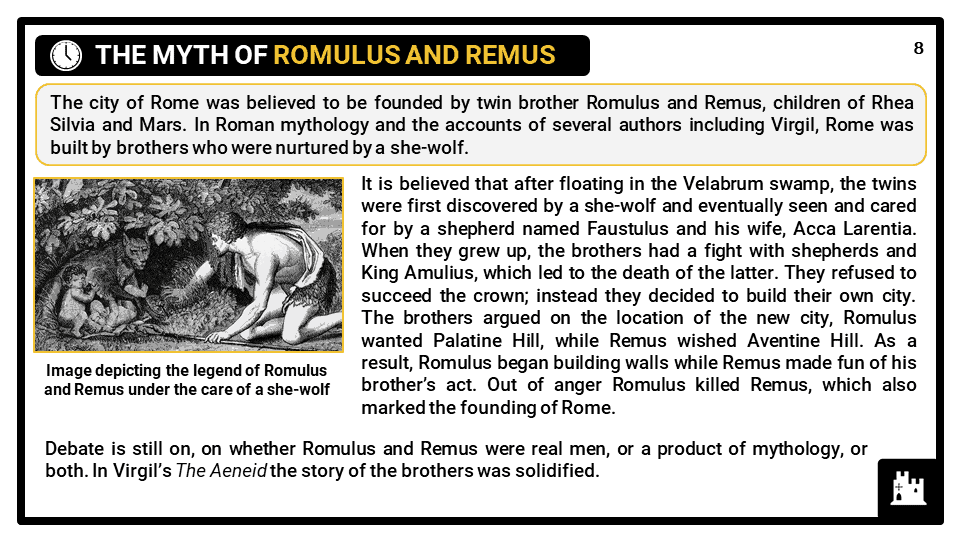 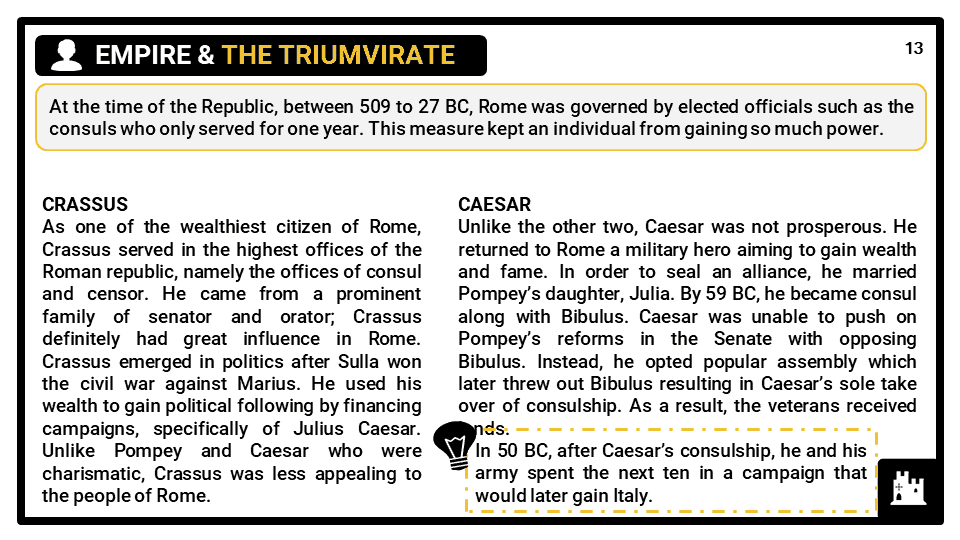 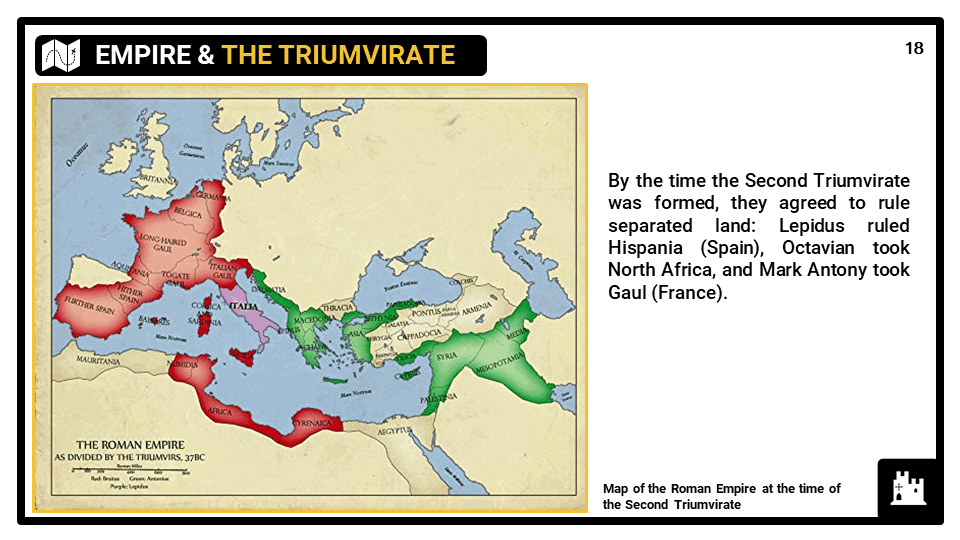 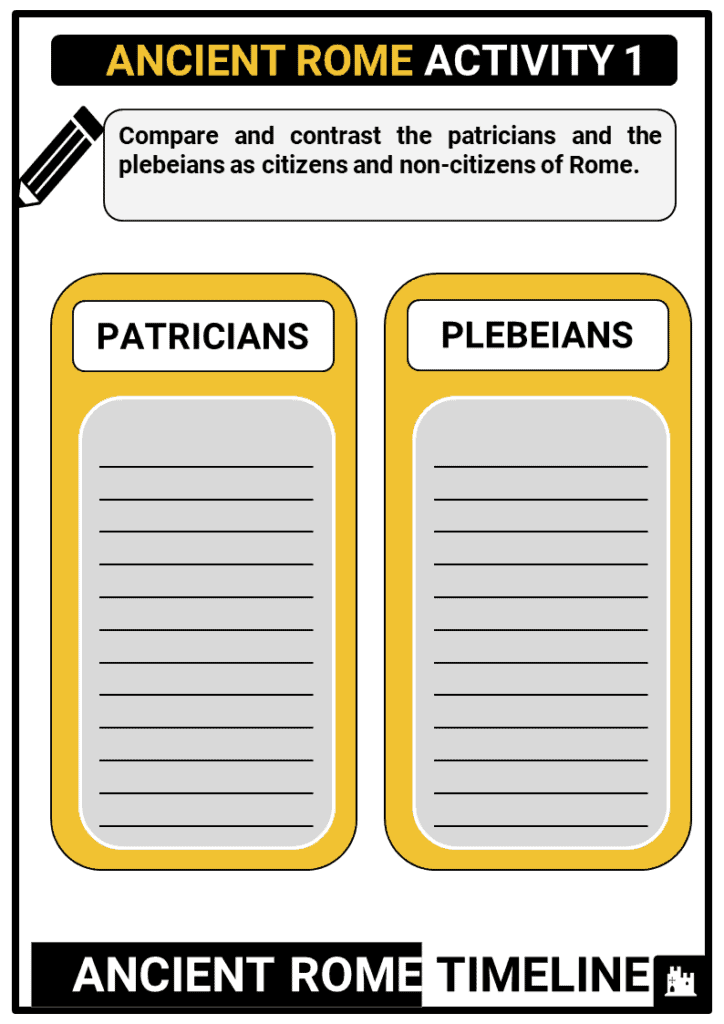 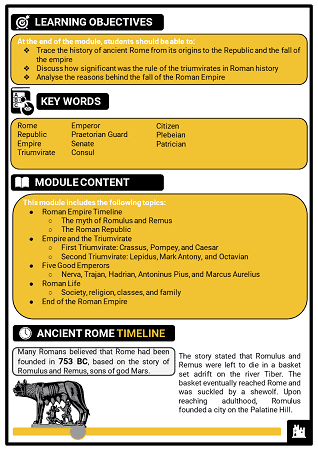 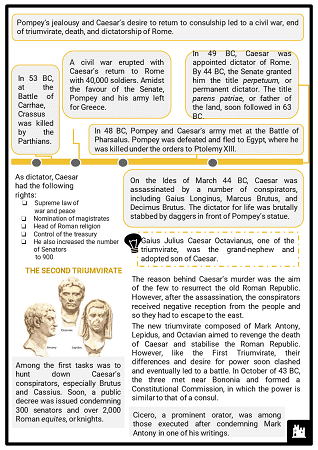