Do you want to save dozens of hours in time? Get your evenings and weekends back? Be fully prepared to teach any Suffragettes KS3 topic?

Every Suffragettes topic is covered, and each module comes complete with:

As early as 1897, women were working to have the right to vote as this was given to men only in countries such as Britain and the United States. Millicent Fawcett, founder of the National Union of Women’s Suffrage, believed that peaceful protest could attain such a goal. A suffragette was a woman in the early 20th century who believed they should have the right to vote (suffrage). Many were arrested for their protest action, some embarked on hunger strikes and others on more militant action. Emily Davison died for the cause in 1913. By 1918, women over the age of 30 achieved suffrage in the UK, while US women were granted the vote in 1919.

Learn more about the famous suffragettes, suffragette actions and the right to suffrage in the world, and the impact of the movement with our KS3 resources. You’ll find Student Activities, Lesson Presentation, and Revision Notes ready to download below. KS3 resources are ideally suited for Years 7, 8 and 9, or ages 11-14. 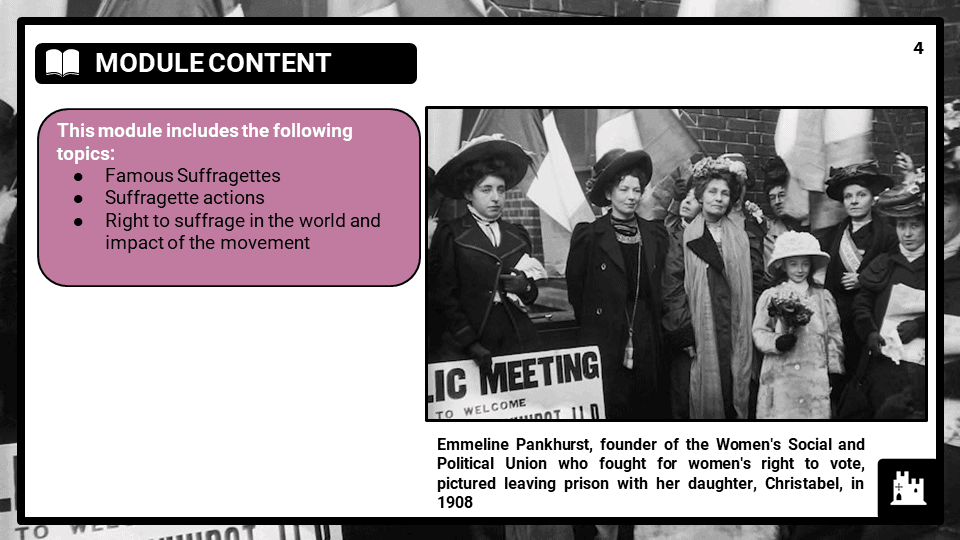 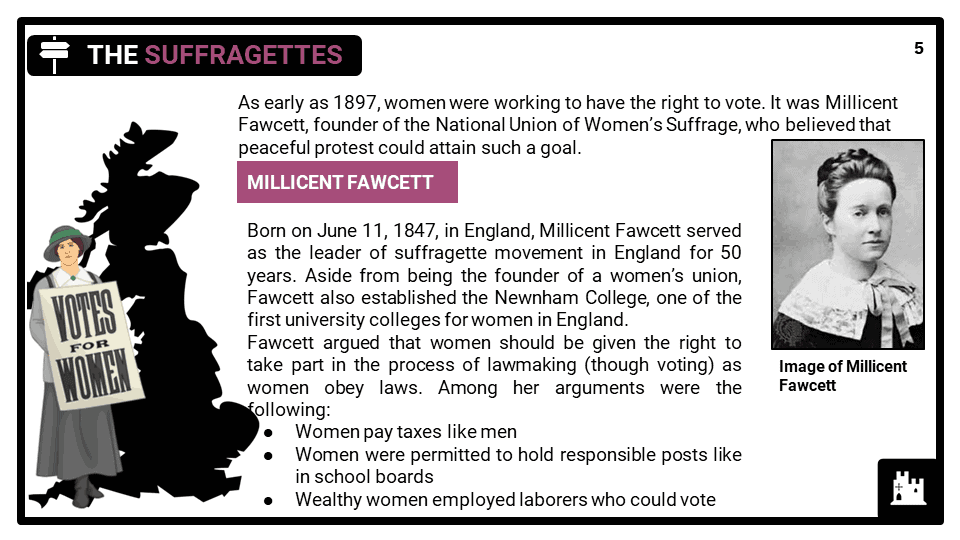 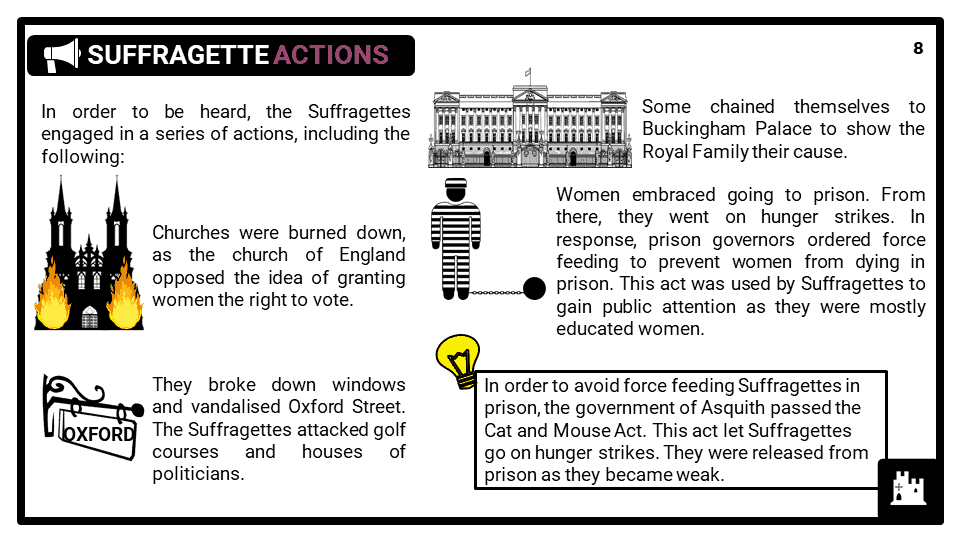 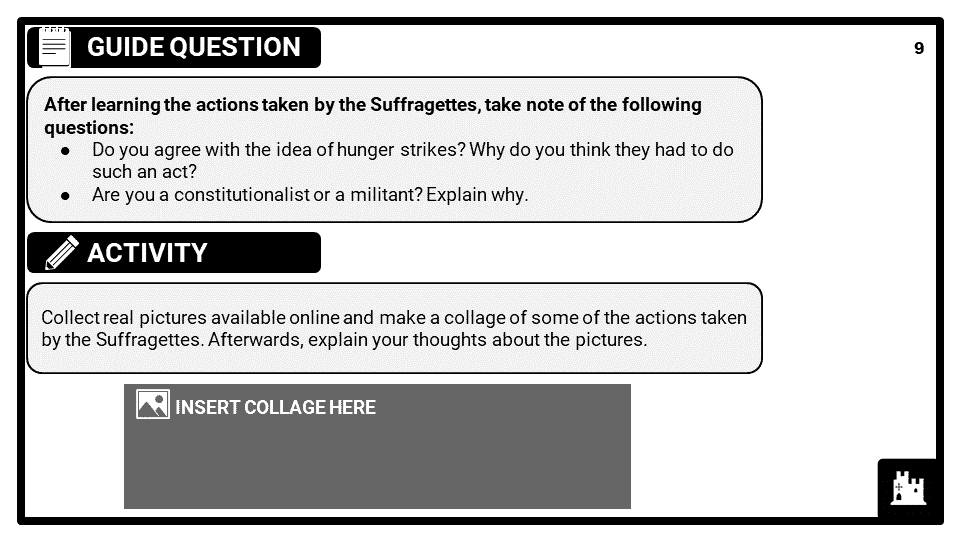 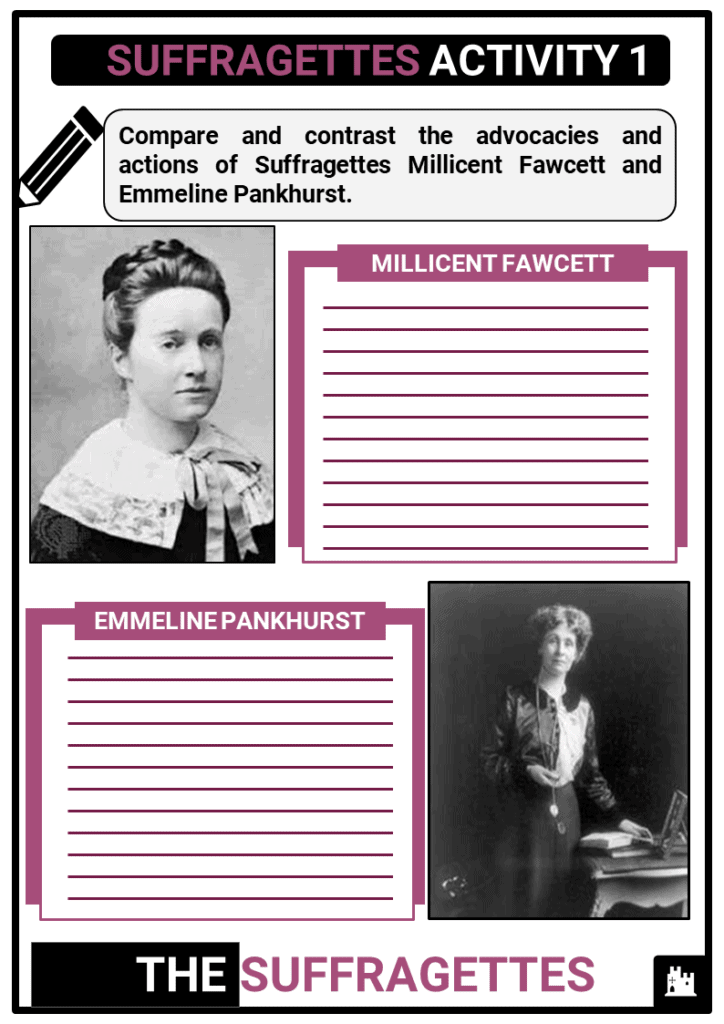 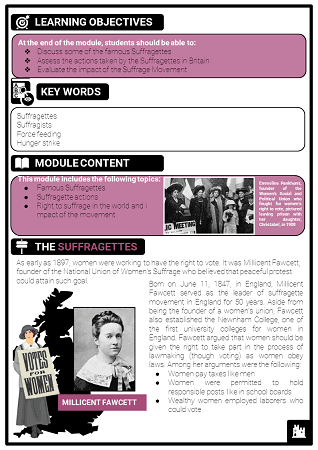 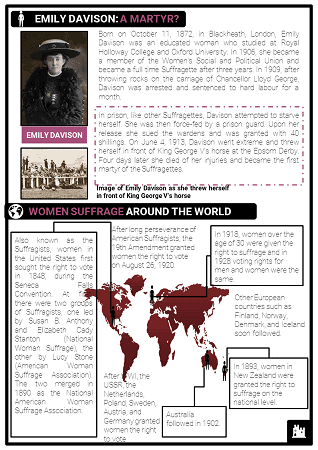