Teach any The Inter-War Years topic, no prep needed!

Do you want to save dozens of hours in time? Get your evenings and weekends back? Be fully prepared to teach any The Inter-War Years KS3 topic?

Every The Inter-War Years topic is covered, and each module comes complete with:

The inter-war years refers to the period in history between the armistice that formally ended WWI in 1919 and the year before the beginning of the Second World War in 1939. During this time, many countries were recovering from the devastation wrecked by WWI which included human cost, political upheaval and economic crises. As a result of the Treaty of Versailles, Germany was heavily punished for setting off WWI and was hit with heavy reparations. The German economy went into a tailspin and was marked by hyperinflation. Resentment was high and created a fertile environment for the rise of the Nazi Party. Meanwhile, America and its trading partners were crippled by the impact of the Great Depression after the collapse of the stock market.

Learn more about the events during the interwar period, the cause and effect of the 1929 Great Depression, and the rise of dictators in Europe during this period with our KS3 resources. You’ll find Student Activities, Lesson Presentation, and Revision Notes ready to download below. KS3 resources are ideally suited for Years 7, 8 and 9, or ages 11-14. 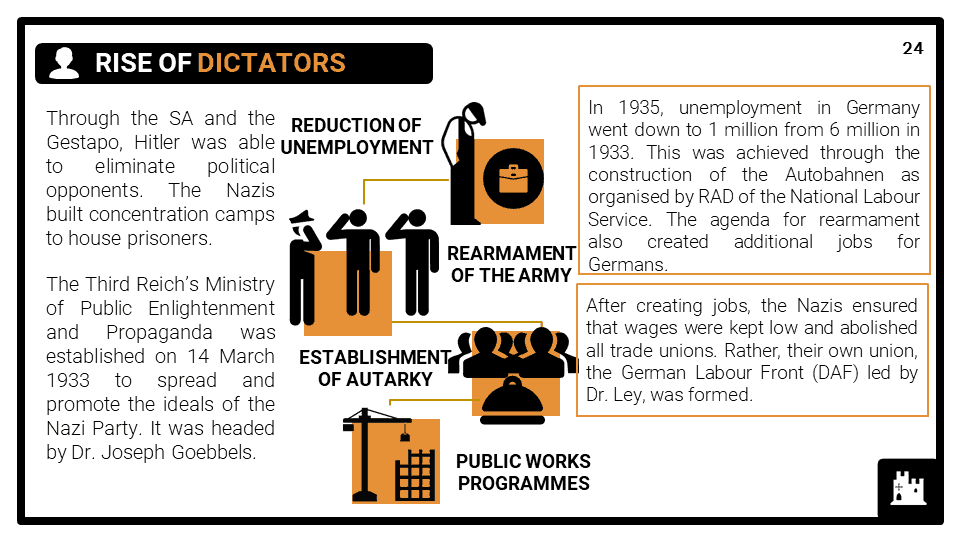 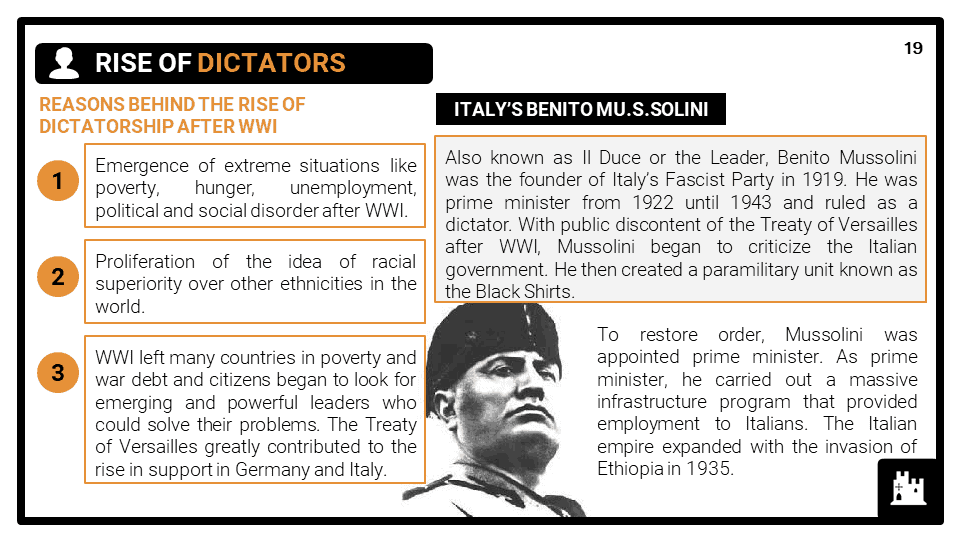 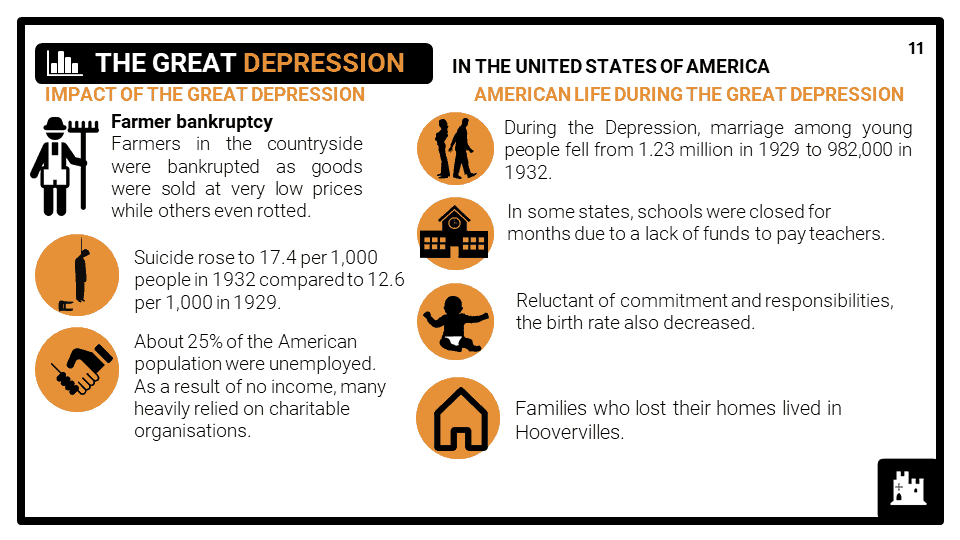 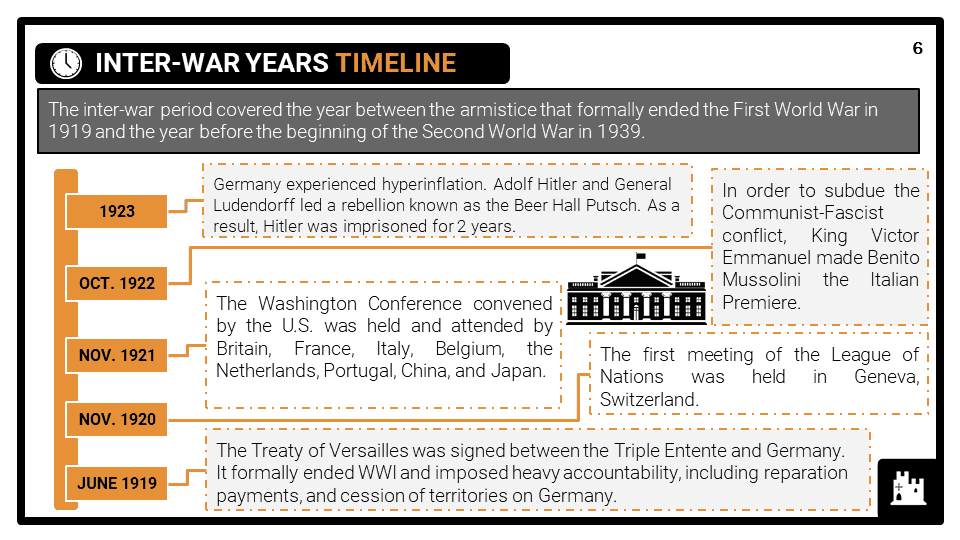 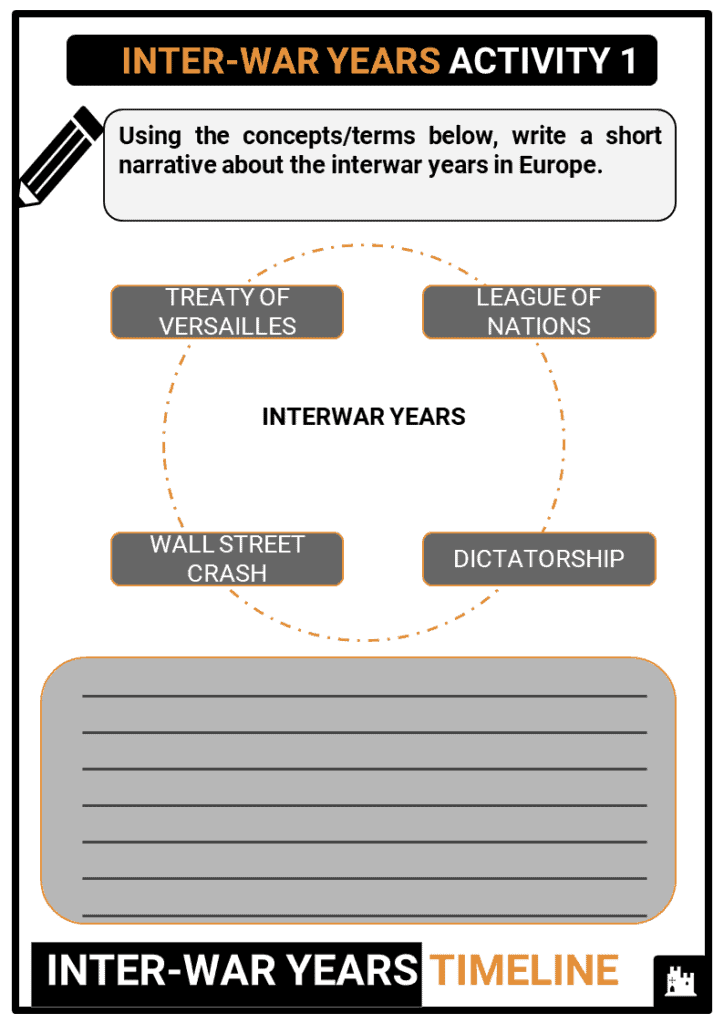 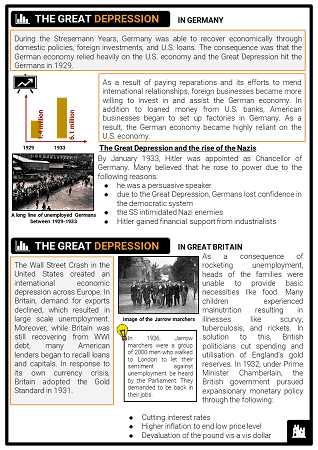 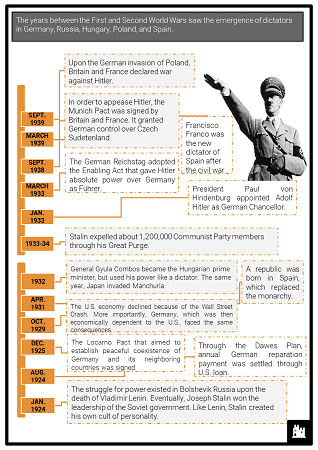