Do you want to save dozens of hours in time? Get your evenings and weekends back? Be fully prepared to teach any WWI KS3 topic?

Every WWI topic is covered, and each module comes complete with:

Also known as the Great War, World War I began on 28 July 1914 and lasted until 11 November 1918. One of the deadliest wars in human history with a death toll of around 10 million people, conflict took place in Europe and involved many countries. Prior to WWI, alliances between different European countries were established to protect each other, but when WWI broke out, many of those alliances were called upon. WWI saw countries on one of two sides: The Allied powers (Russia, France and Britain) and the Central Powers, Germany, Austria-Hungary and the Ottoman Empire). After the assassination of Archduke Franz Ferdinand, the declaration of war set off a chain of events that devastated the world for years.

Learn more about the events and important battles during the First World War, how the alliance system contributed to the outbreak of war, and the causes and effects of the Great War with our KS3 resources. You’ll find Student Activities, Lesson Presentation, and Revision Notes ready to download below. KS3 resources are ideally suited for Years 7, 8 and 9, or ages 11-14. 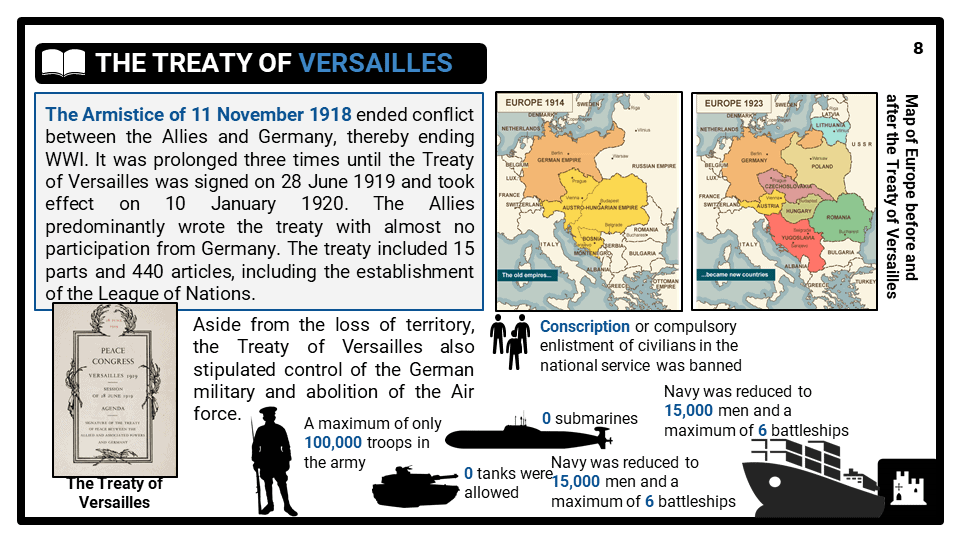 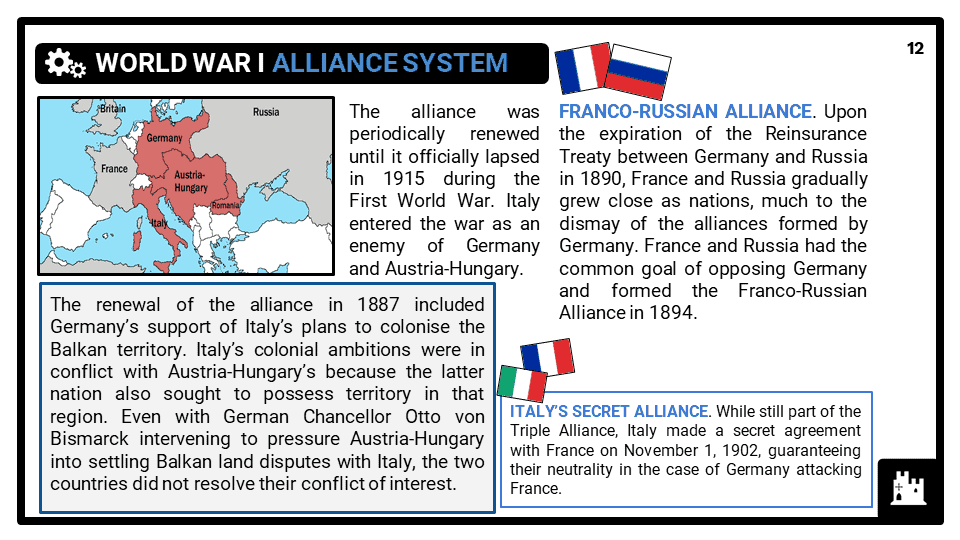 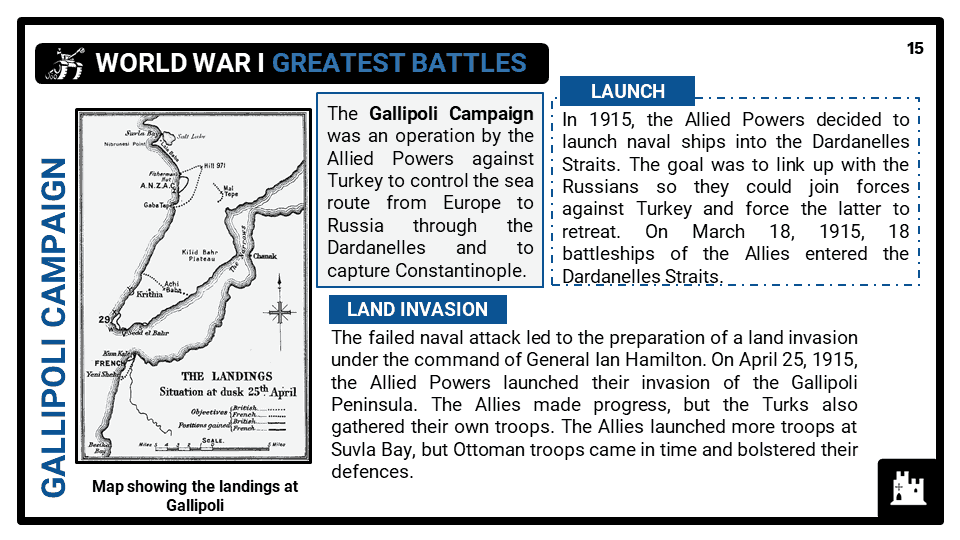 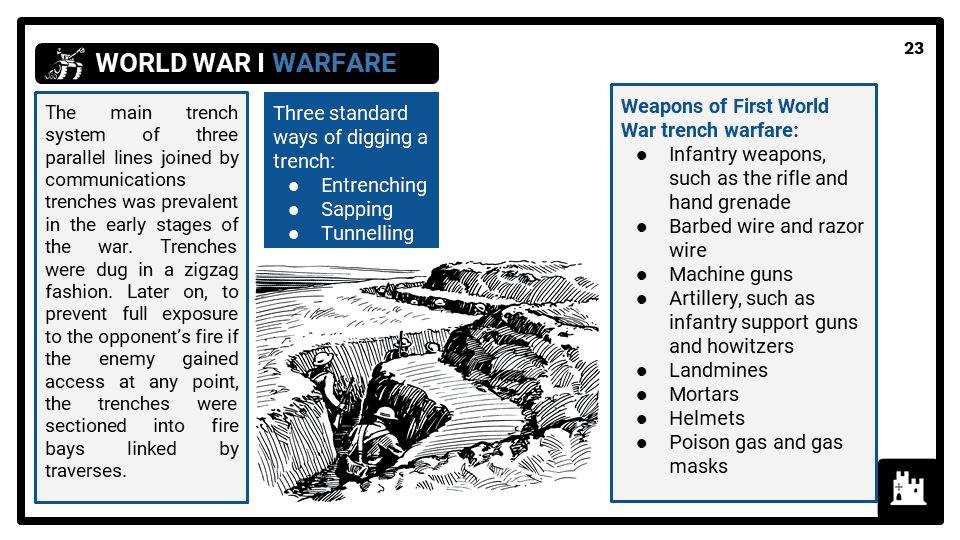 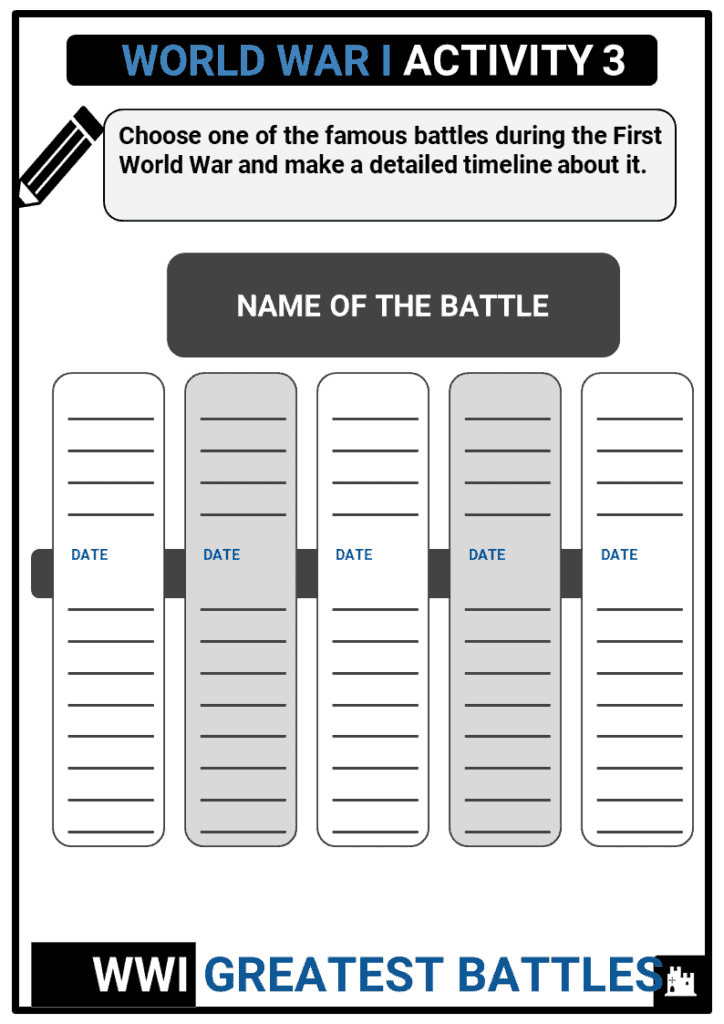 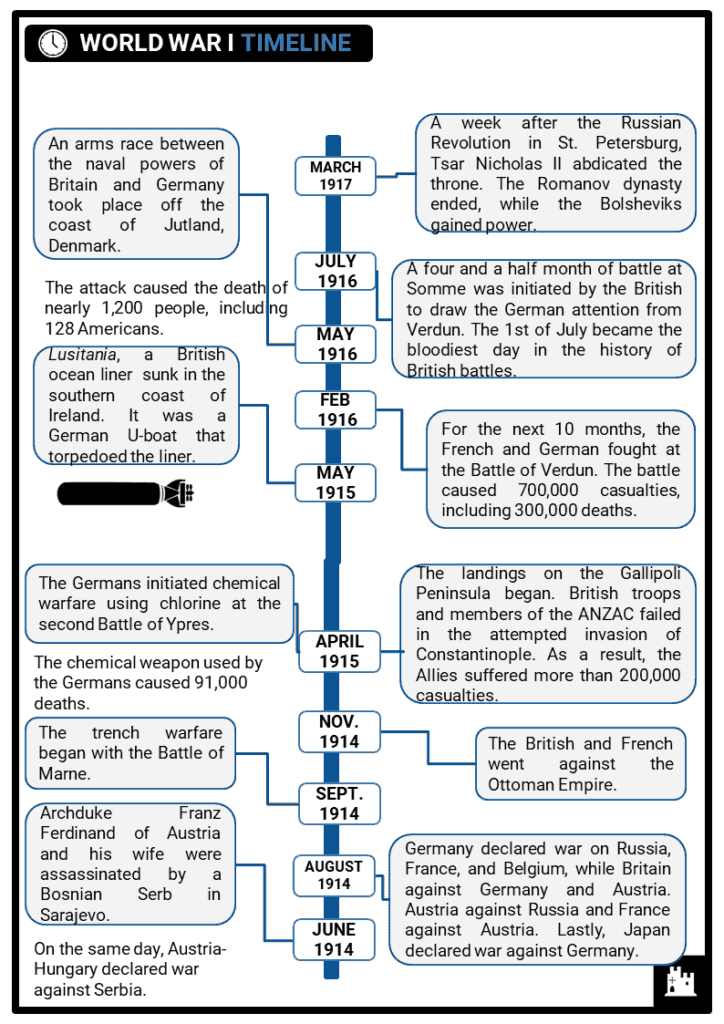 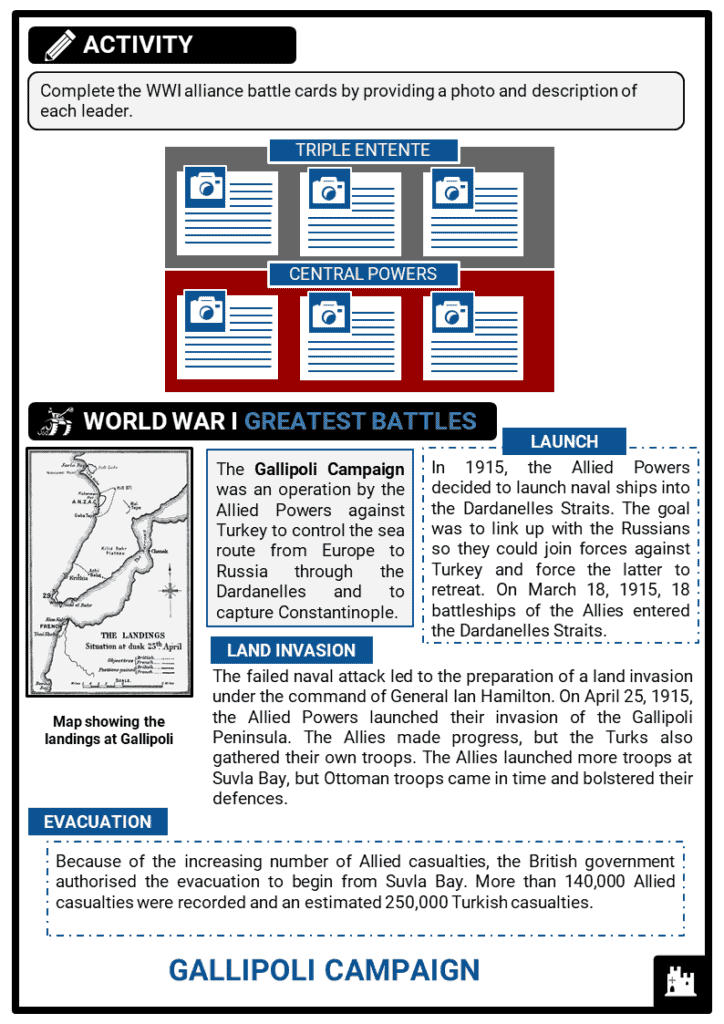