Do you want to save dozens of hours in time? Get your evenings and weekends back? Be fully prepared to teach any WWII KS3 topic?

Every WWII topic is covered, and each module comes complete with:

In the first half of the 20th century, the world was plunged into a global war for the second time. World War Two, that lasted from 1939 to 1945, involved over 30 countries, 100 million people and cost the lives of over 80 million people, making it the deadliest conflict in human history. Many of these deaths were the result of genocide, massacres, strategic bombing and humanitarian crises in the form of famine. The conflict threw the entire economies, industries and societies into the war effort as Germany sought to dominate western Europe and realise its Aryan ambitions, while Japan aimed to dominate Asia and the Pacific. Beginning on 1 September 1939, the war lasted 6 years and one day. Even with Hitler and Mussolini’s deaths and Germany’s surrender, it took the atomic bombing of Japan by the US to bring about their absolute surrender in August 1945 and bring WWII to an end.

Learn more about WWII, including its timeline, significant battles, Axis and Allied leaders, and causes and effects of the conflict with our KS3 resources. You’ll find Student Activities, Lesson Presentation, and Revision Notes ready to download below. KS3 resources are ideally suited for Years 7, 8 and 9, or ages 11-14. 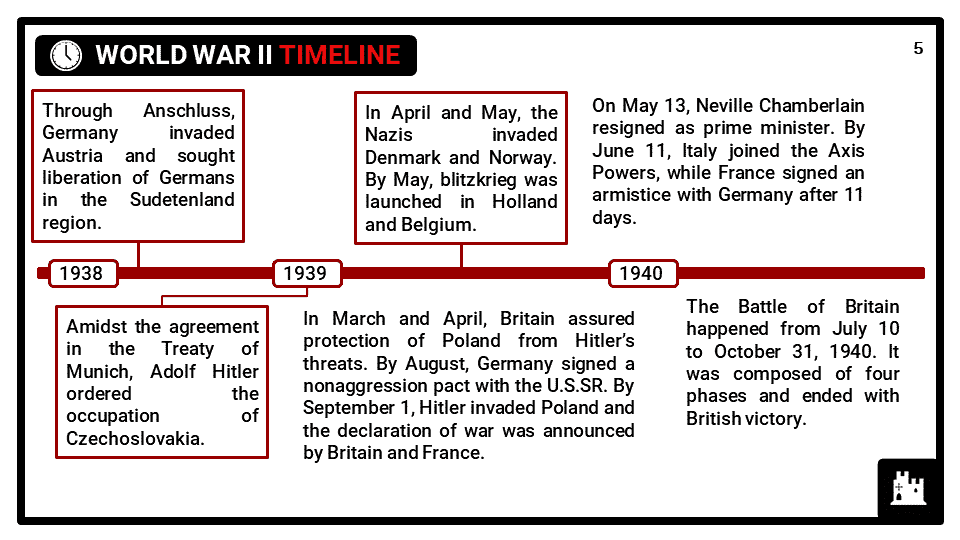 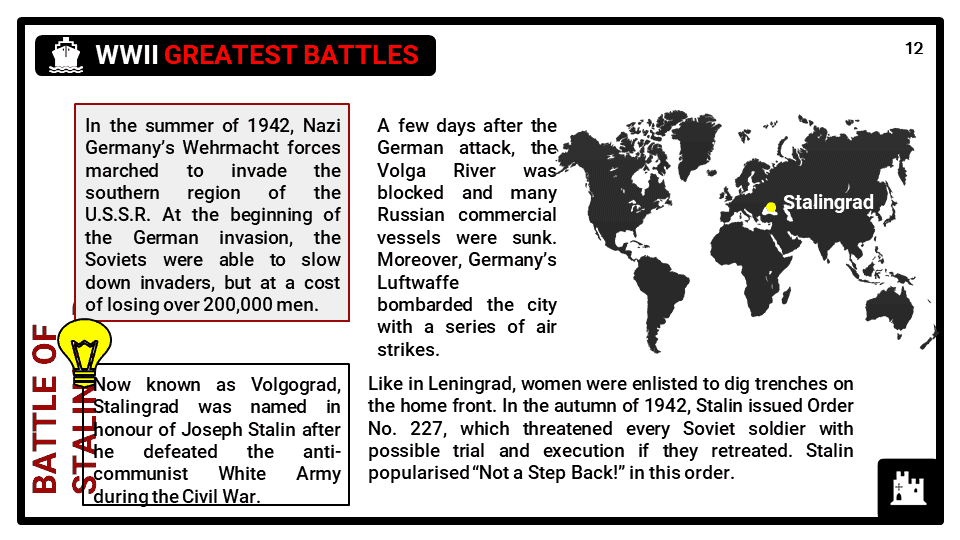 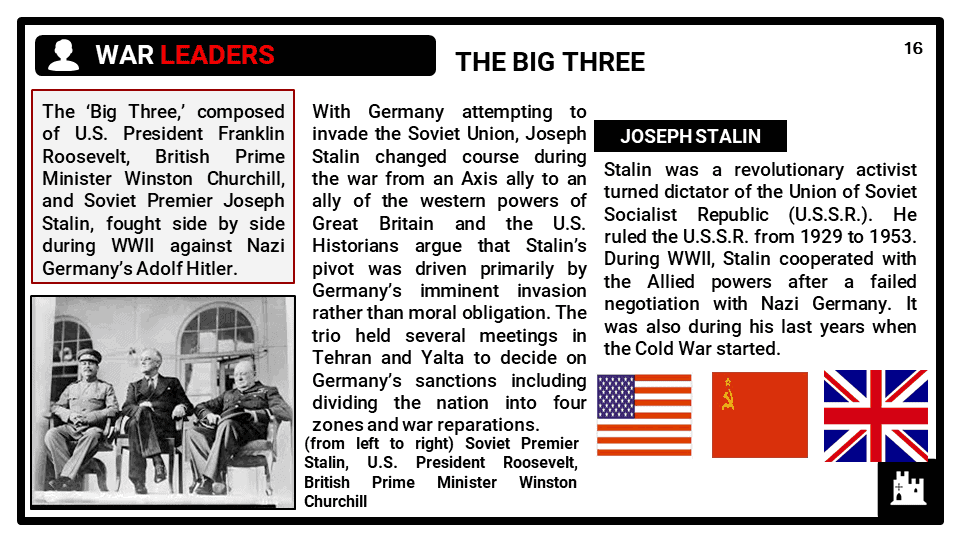 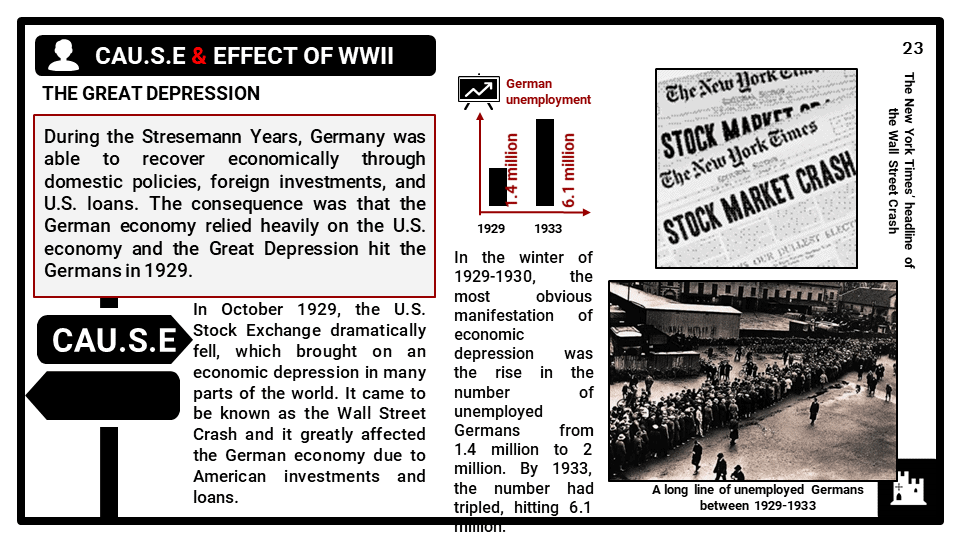 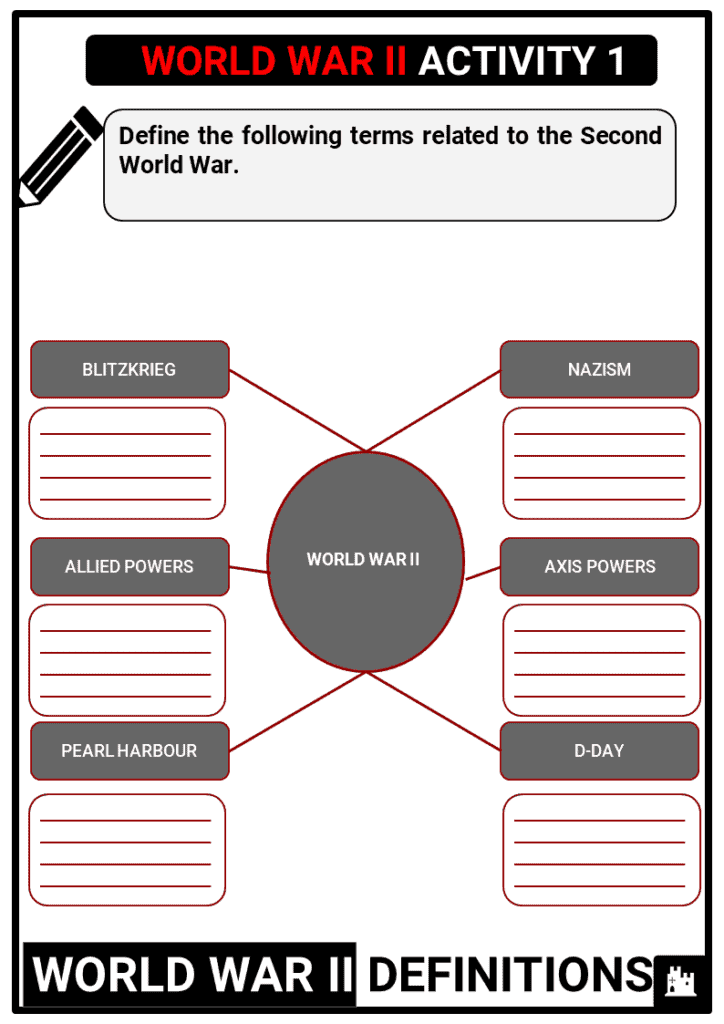 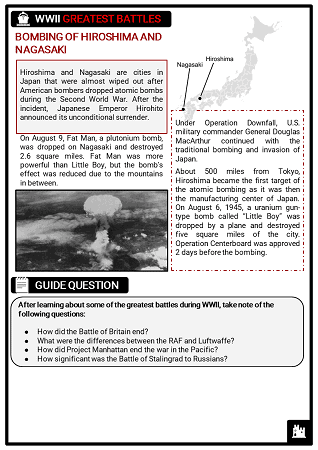 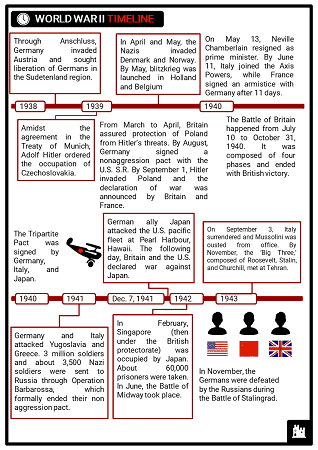