Do you want to save dozens of hours in time? Get your evenings and weekends back? Be fully prepared to teach any British Civil Wars, Interregnum, Cromwell, Restoration KS3 topic?

Every British Civil Wars, Interregnum, Cromwell, Restoration topic is covered, and each module comes complete with:

Charles I was an infamous monarch of England, who lost his throne due to his tyrannical rule flouting the role and power of Parliament. The king encountered clashes with the Parliament for a number of reasons including foreign policies, religion, and limiting the Parliament’s power. This conflict eventually caused the civil war to break out, a period that divided England and its people. It was followed by an interregnum, during which Oliver Cromwell ruled, followed by the restoration of Charles II as monarch.

Learn more about the factors that led to the English Civil War, the reasons behind the interregnum, and the key events leading to the English Restoration with our KS3 resources. You’ll find Student Activities, Lesson Presentation, and Revision Notes ready to download below. KS3 resources are ideally suited for Years 7, 8 and 9, or ages 11-14. 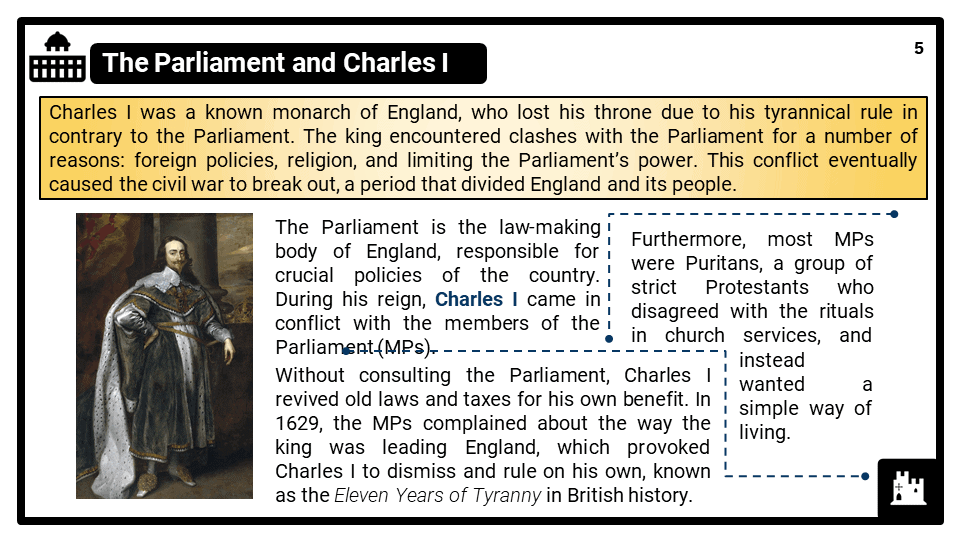 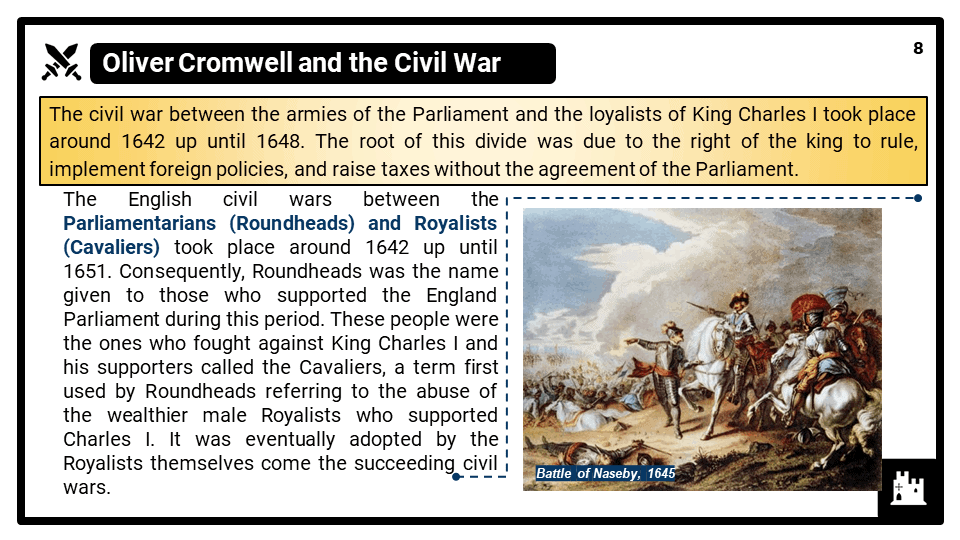 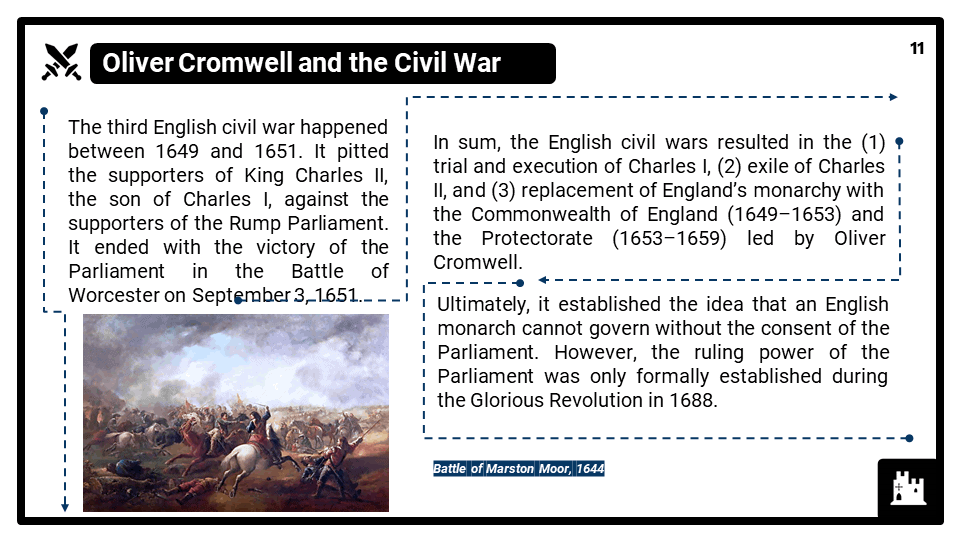 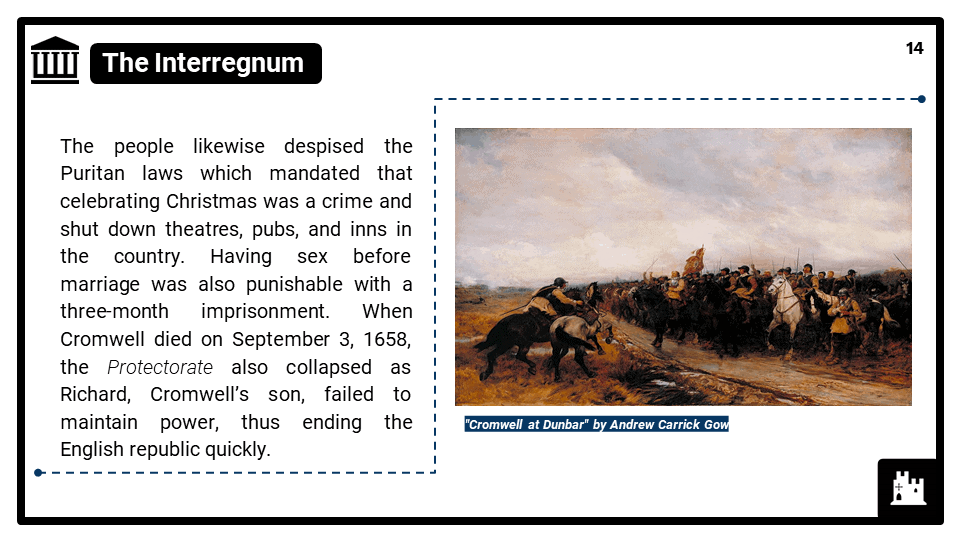 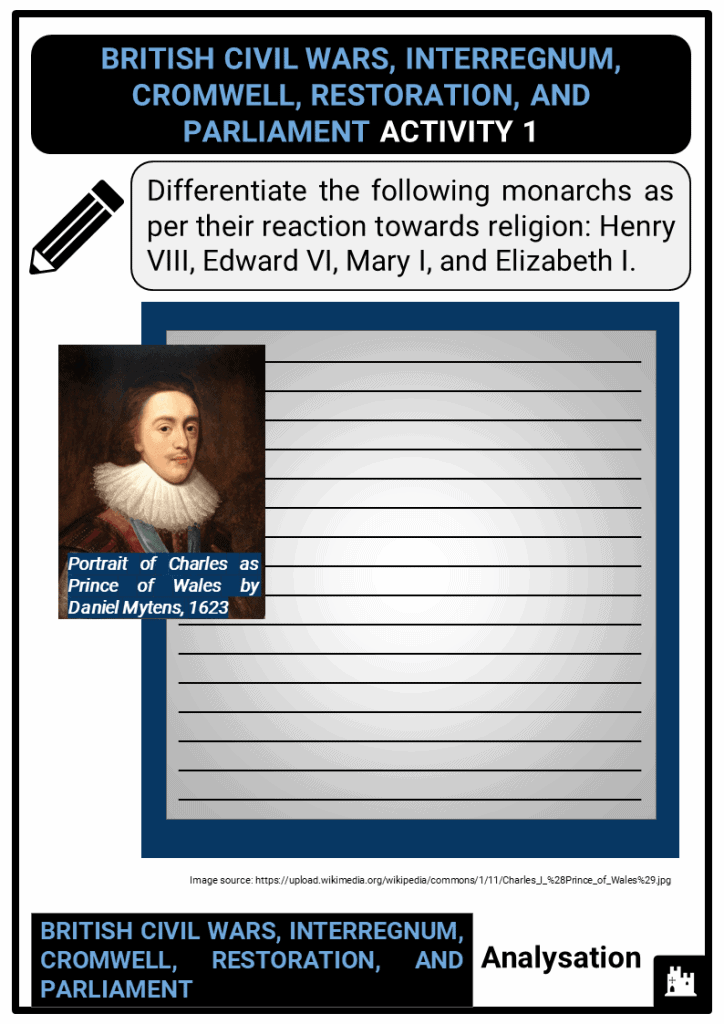 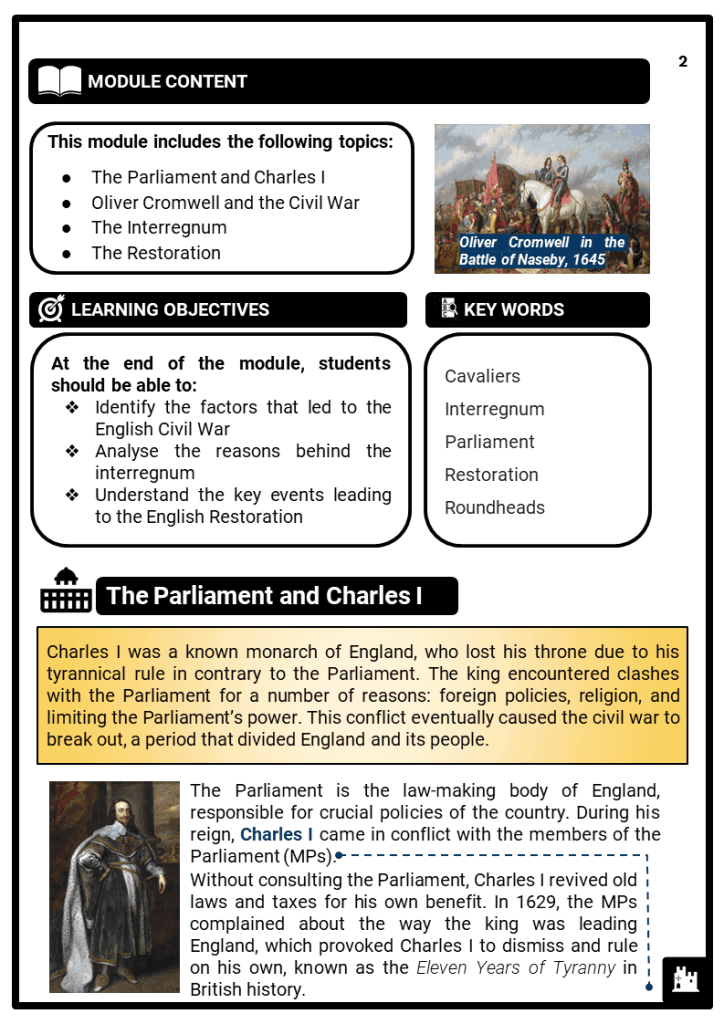 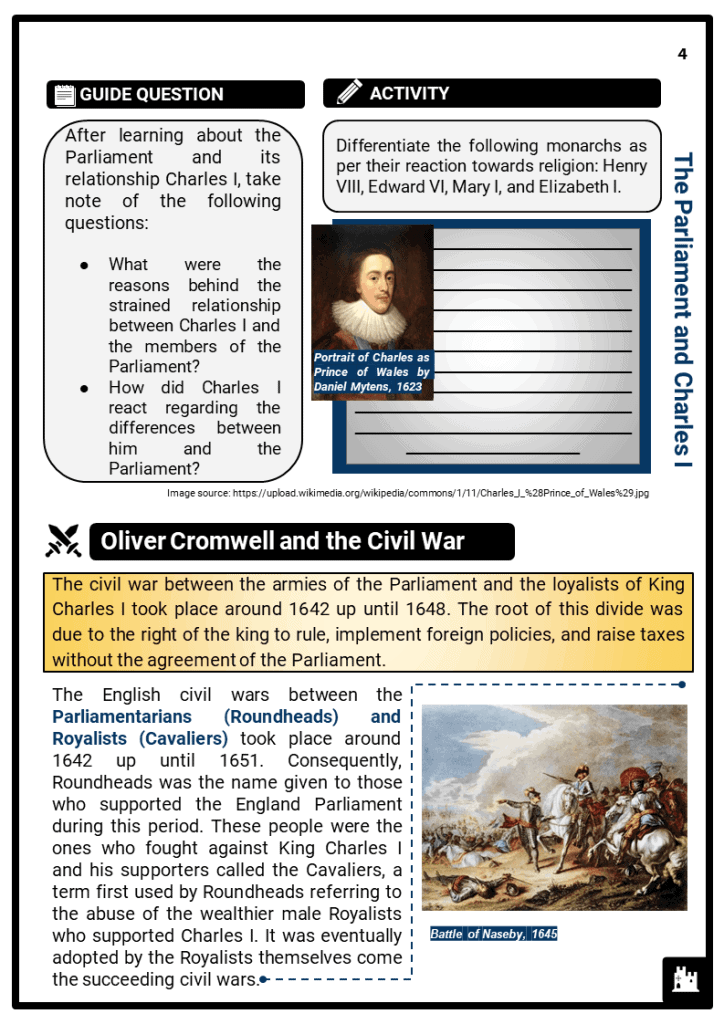