Do you want to save dozens of hours in time? Get your evenings and weekends back? Be fully prepared to teach any Elizabethan religious settlement & Catholic conflict KS3 topic?

Every Elizabethan religious settlement & Catholic conflict topic is covered, and each module comes complete with:

English society underwent massive upheaval during the reign of Henry VIII through his break from Rome and establishing the Protestant Church of England. After his death, his Protestant son Edward VI took the throne but soon died. His successor was Mary Tudor, who was a devout Catholic and set about persecuting Protestants and attempting to reestablish Catholicism (which included marrying a Catholic Spanish King!). At the same time, the Protestant Reformation in Europe saw many people persecuted and killed for their beliefs. As a result, by the time Elizabeth I became Queen of England, she sought to prevent religious conflict in England while cementing the Church of England in English culture and religious practice. Her solution was a Middle Way executed through the religious settlement. As a consequence, this pleased Protestants, upset Catholics, and drew criticism from Puritans who wanted more radical reforms.

Learn more about the Elizabethan Religious Settlement, including Elizabeth I’s stance and predicament, issues surrounding the Act of Supremacy (1559) and Act of Uniformity (1559), and the Catholic threat that these changes provoked with our KS3 resources. You’ll find Student Activities, Lesson Presentation, and Revision Notes ready to download below. KS3 resources are ideally suited for Years 7, 8 and 9, or ages 11-14. 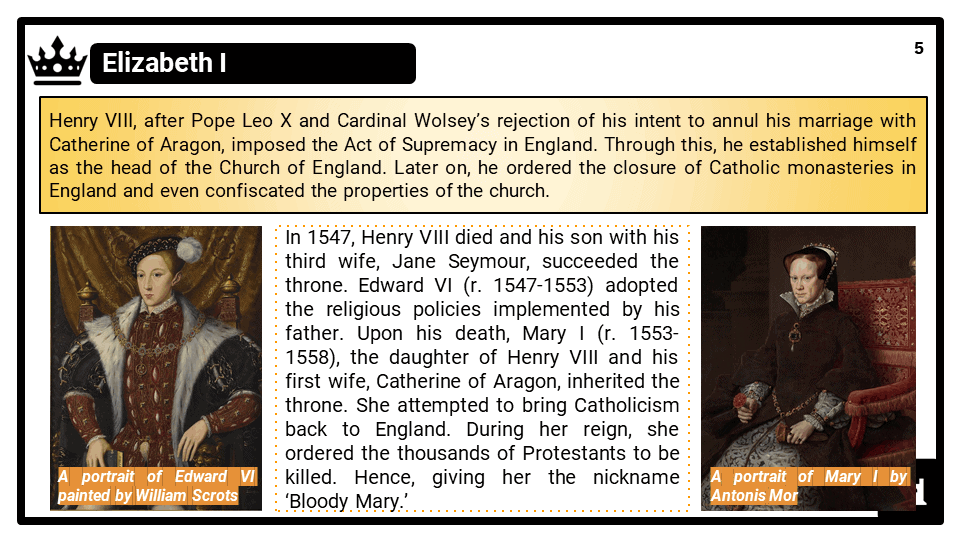 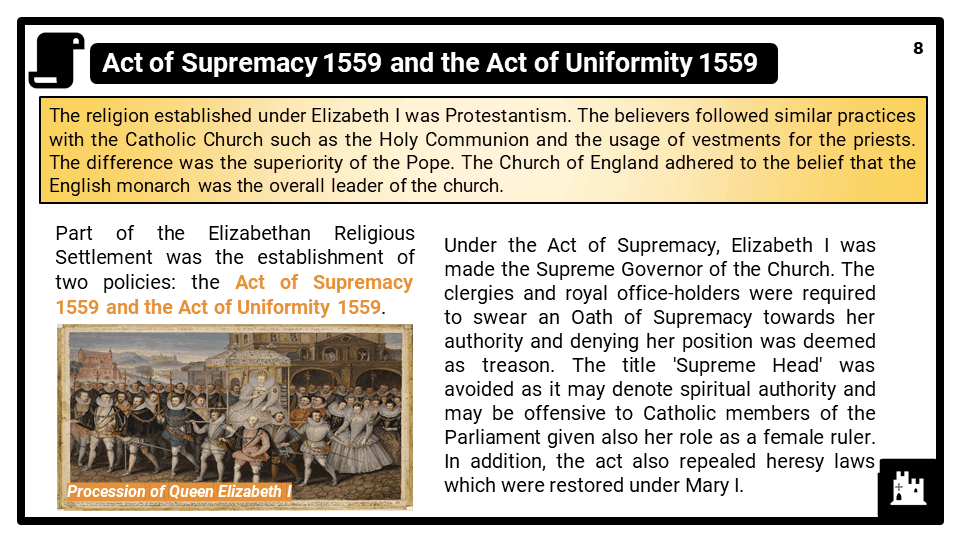 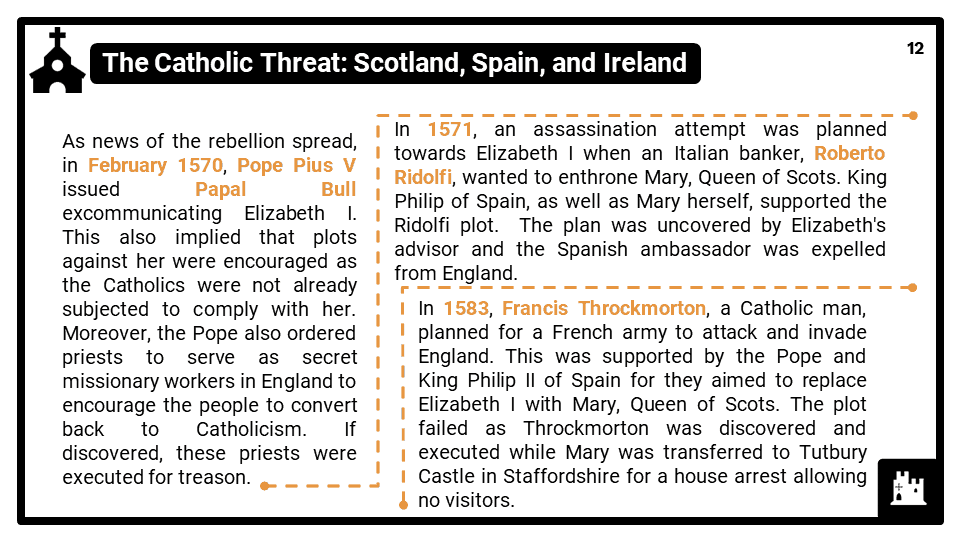 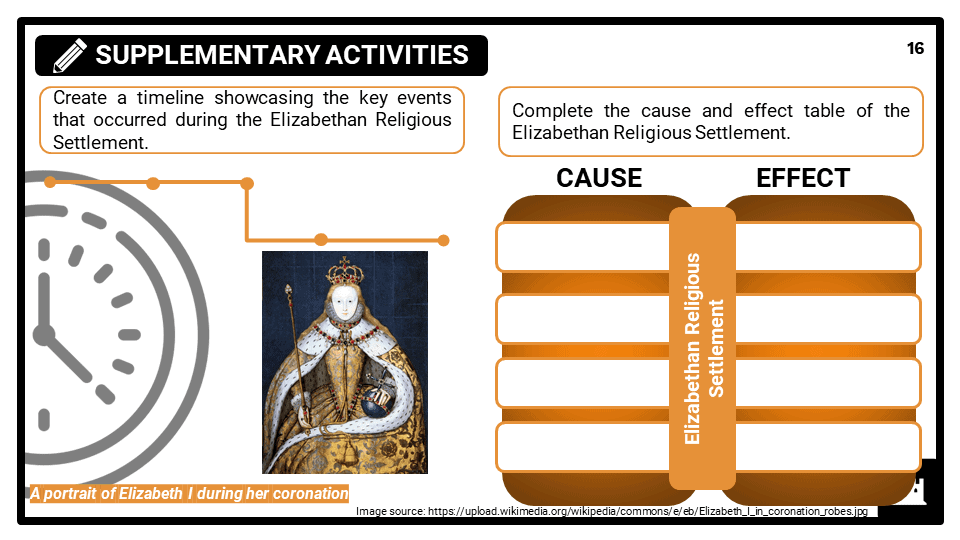 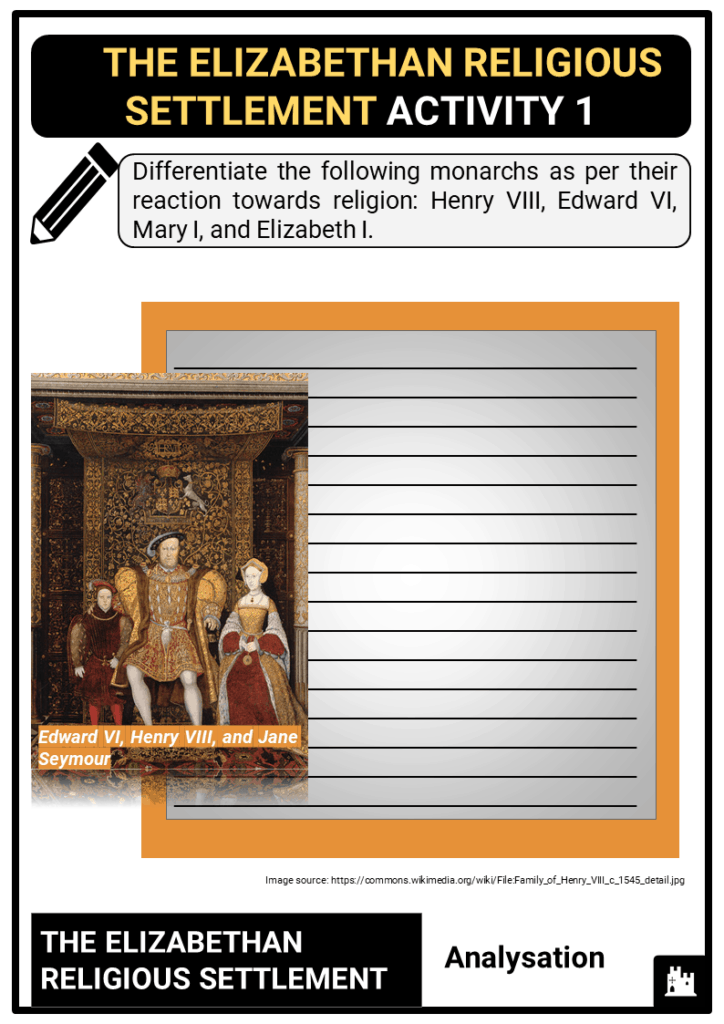 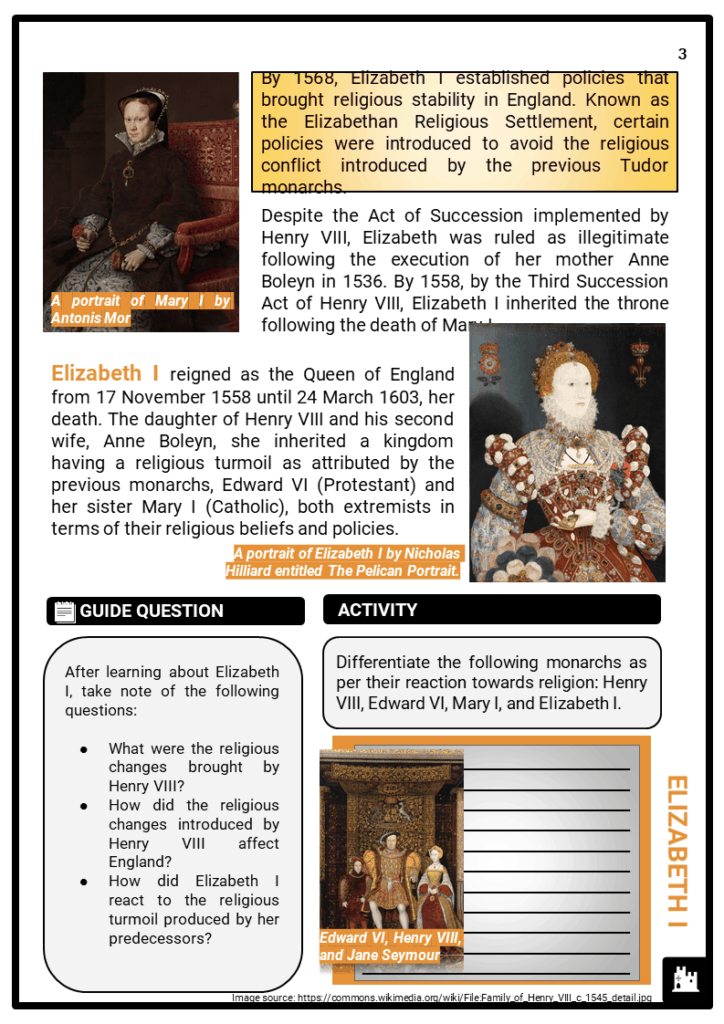 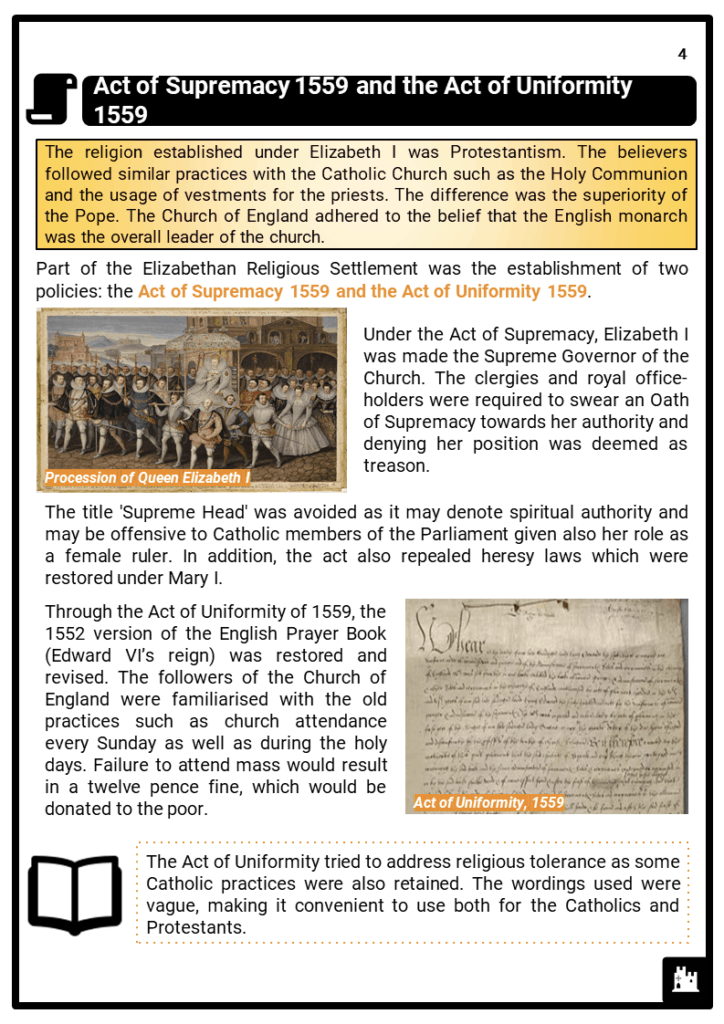