Teach any First contact with India and America topic, no prep needed!

Do you want to save dozens of hours in time? Get your evenings and weekends back? Be fully prepared to teach any First contact with India and America KS3 topic?

Every First contact with India and America topic is covered, and each module comes complete with:

The British Empire was a great world power from the 17th to the 20th century. It had successfully built colonies and territories far and beyond Great Britain in a bid to secure and expand resources to enhance its economic development and wealth. Throughout its conquest, the British government had established numerous settlements overseas, especially in the Americas and the West Indies. With this came ideologies, attitudes and prejudices that saw challenges, conflict, legislation, and oppression of the indigenous populations.

Learn more about the objectives of the foreign powers during the Age of Exploration, the changes brought by the British Empire towards the American Indians, and the challenges encountered by the British Empire during the Age of Exploration with our KS3 resources. You’ll find Student Activities, Lesson Presentation, and Revision Notes ready to download below. KS3 resources are ideally suited for Years 7, 8 and 9, or ages 11-14. 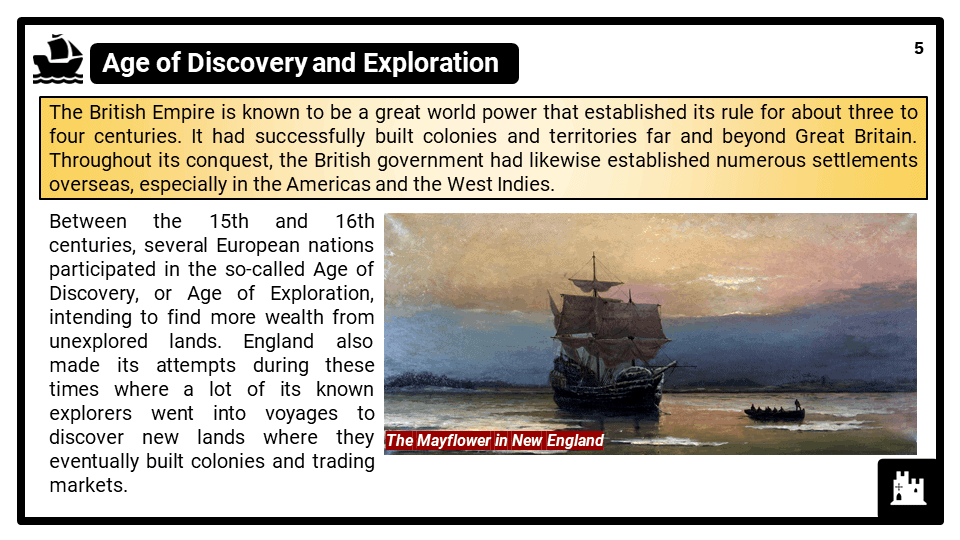 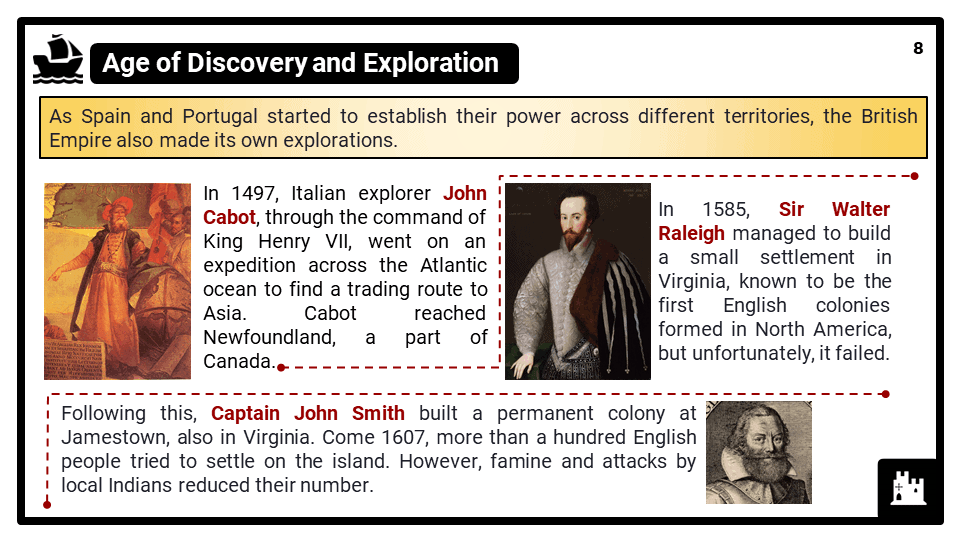 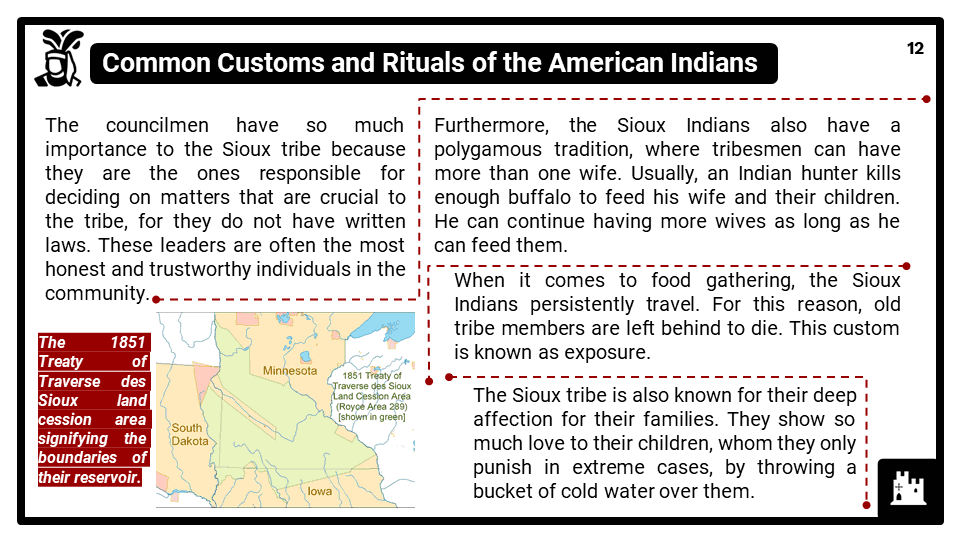 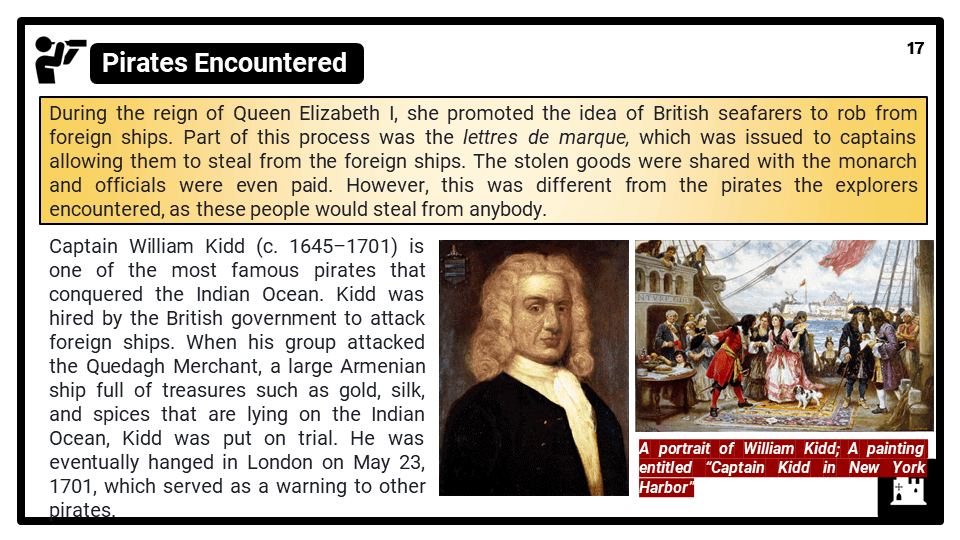 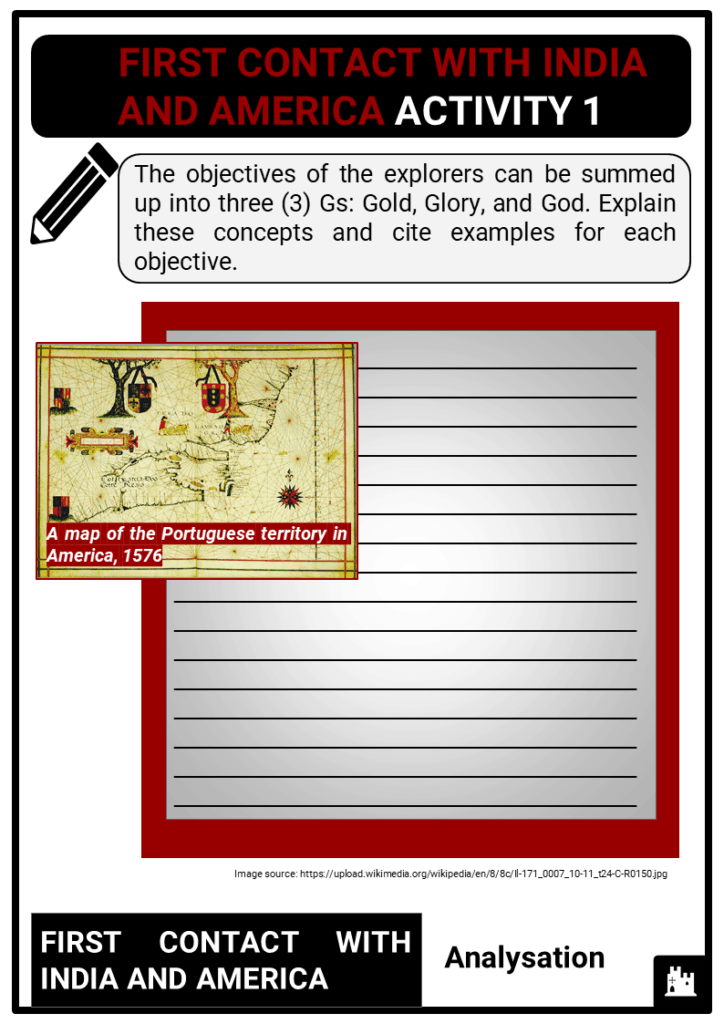 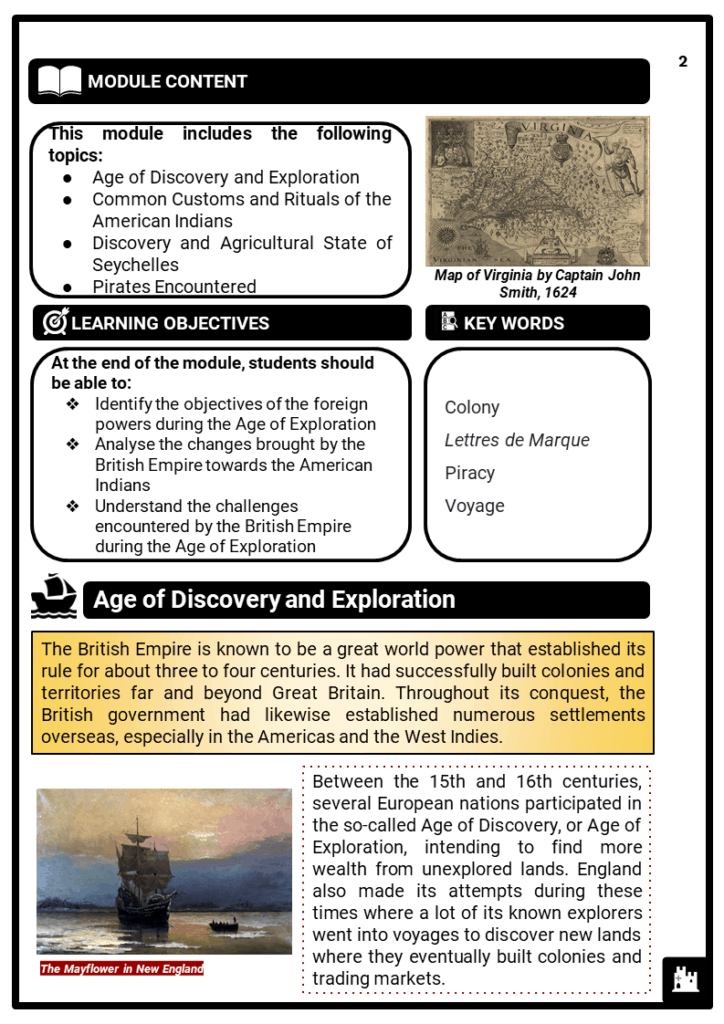 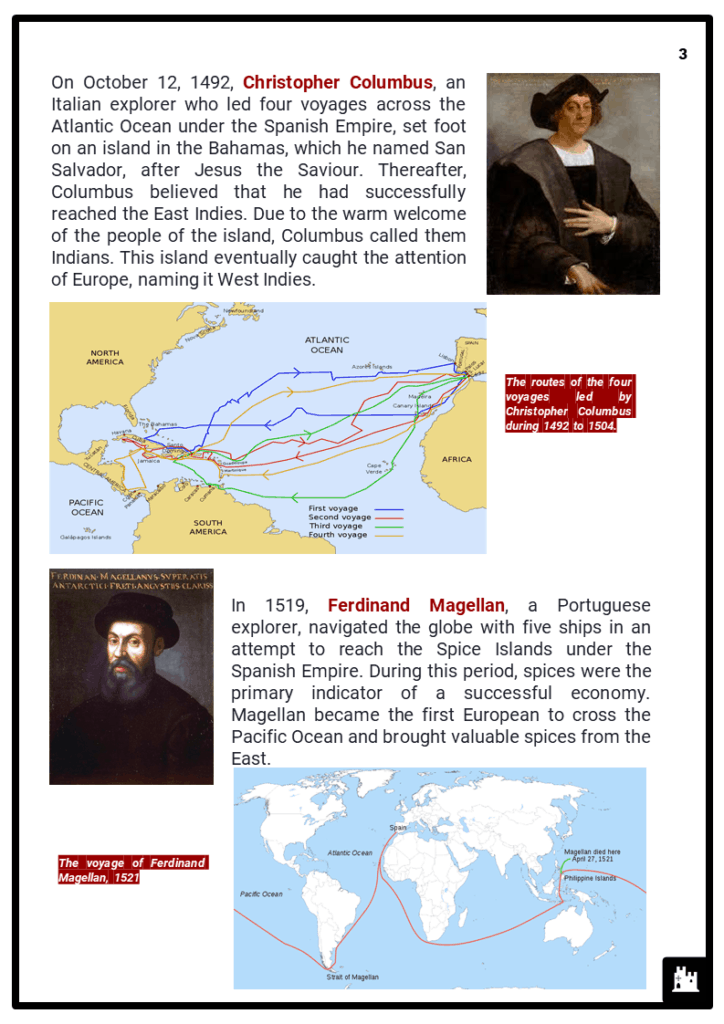