Teach any The Glorious Revolution topic, no prep needed!

Do you want to save dozens of hours in time? Get your evenings and weekends back? Be fully prepared to teach any The Glorious Revolution KS3 topic?

Every The Glorious Revolution topic is covered, and each module comes complete with:

The late 17th century was a time of political upheaval in British history. The reign of Charles II brought with it the restoration of the monarchy, following Oliver Cromwell’s rule of the Republic as Lord Protector. Following the death of Charles II, he was succeeded by his brother James II and VII. Trouble was, he was a Catholic and wanted to relax ani-Catholic laws. He also believed in the divine right of kings and absolutism, which put him at odds with Parliament. In order to avoid yet another civil war, Parliament invited William of Orange, a Protestant married to Mary II, to rule the nation. Although initially against an invasion, William changed his mind and successfully deposed James II and VII. This brought James’ nearly four-year reign to an end.

Learn more about the Glorious Revolution, including issues surrounding James II and VII’s rule, William III of Orange, the Bill of Rights and the Parliament, and the legacy of the Glorious Revolution with our KS3 resources. You’ll find Student Activities, Lesson Presentation, and Revision Notes ready to download below. KS3 resources are ideally suited for Years 7, 8 and 9, or ages 11-14. 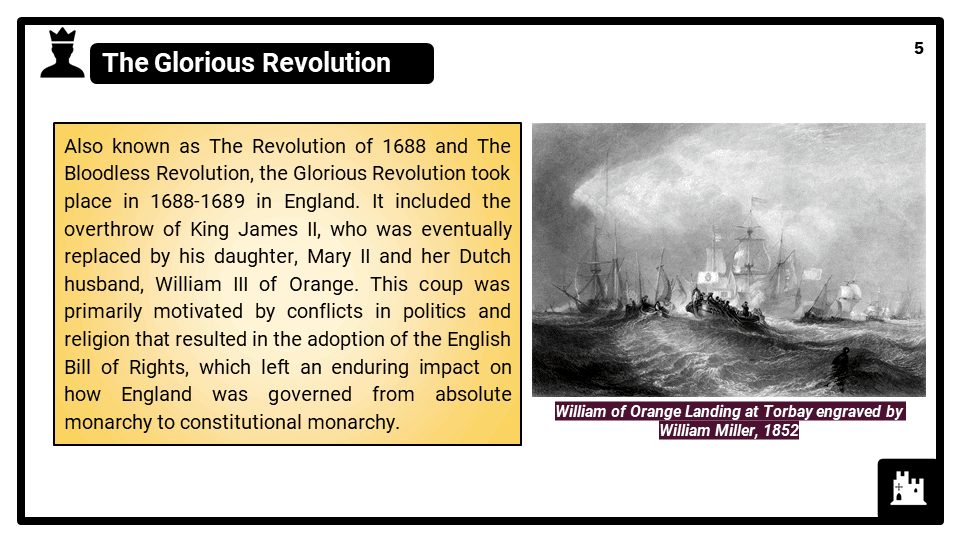 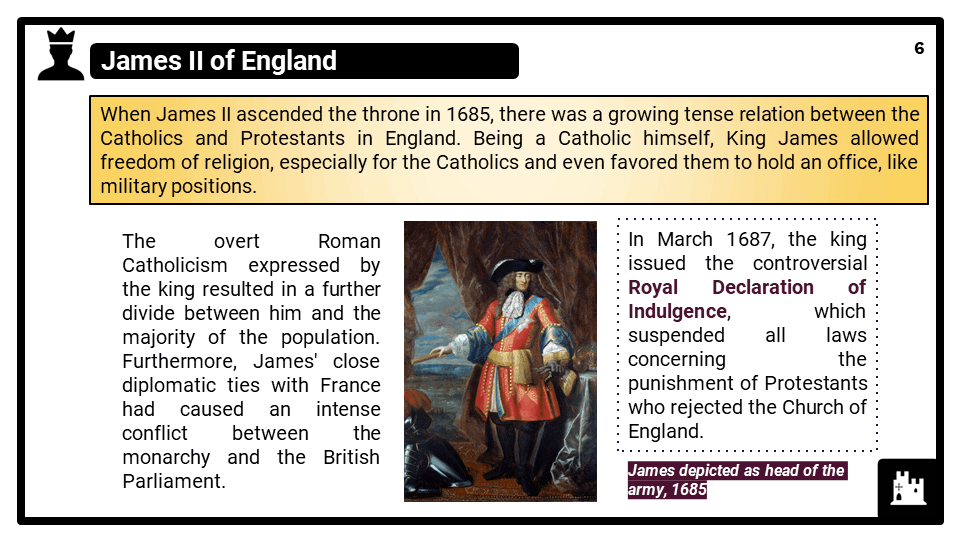 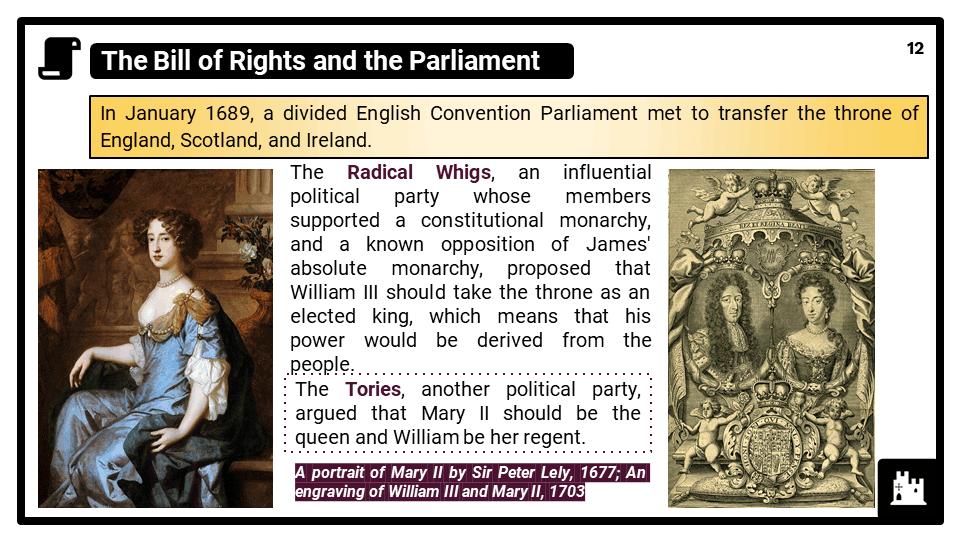 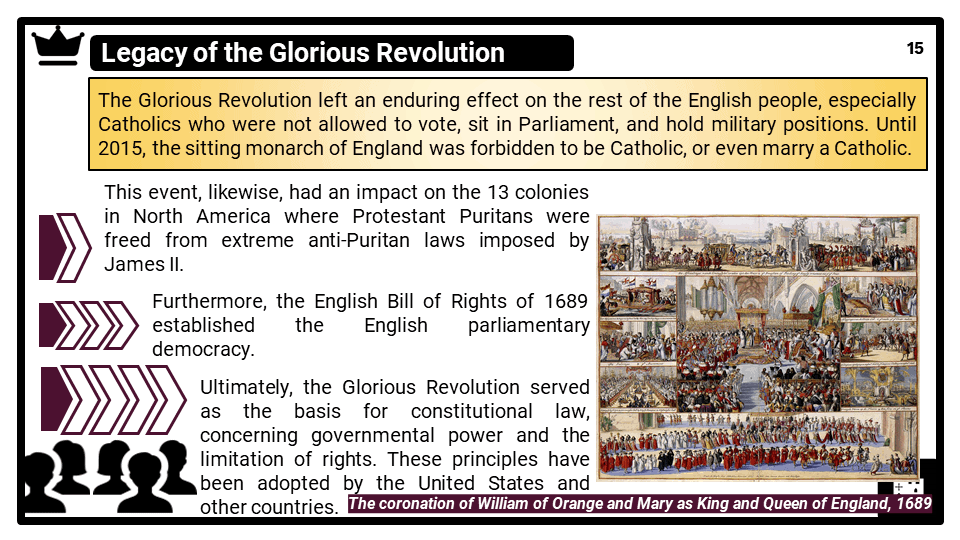 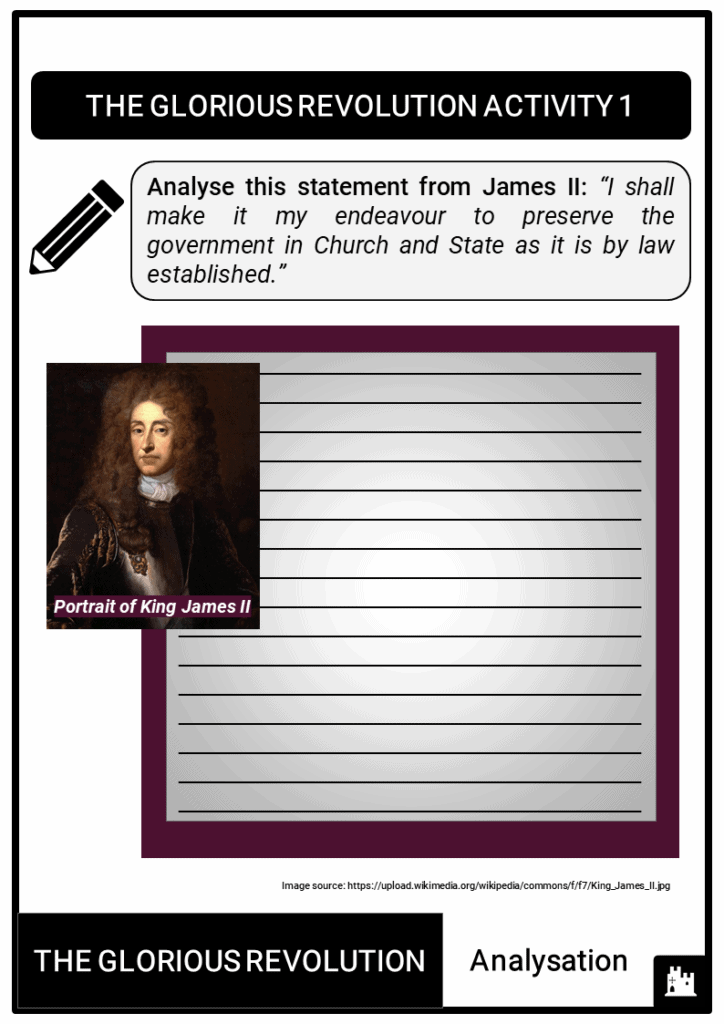 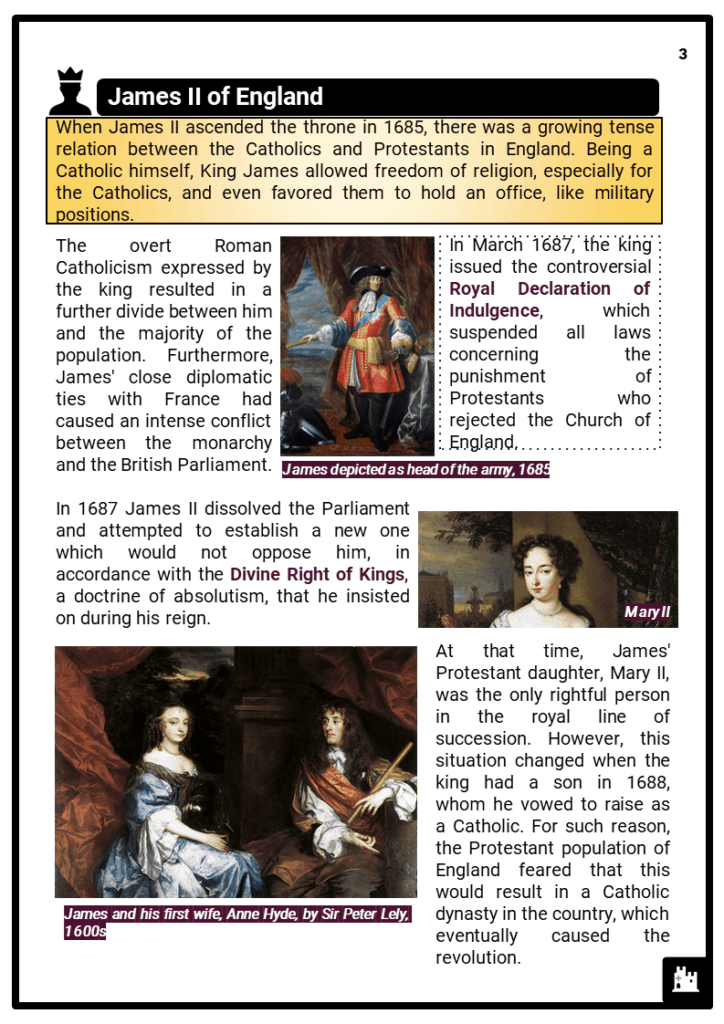 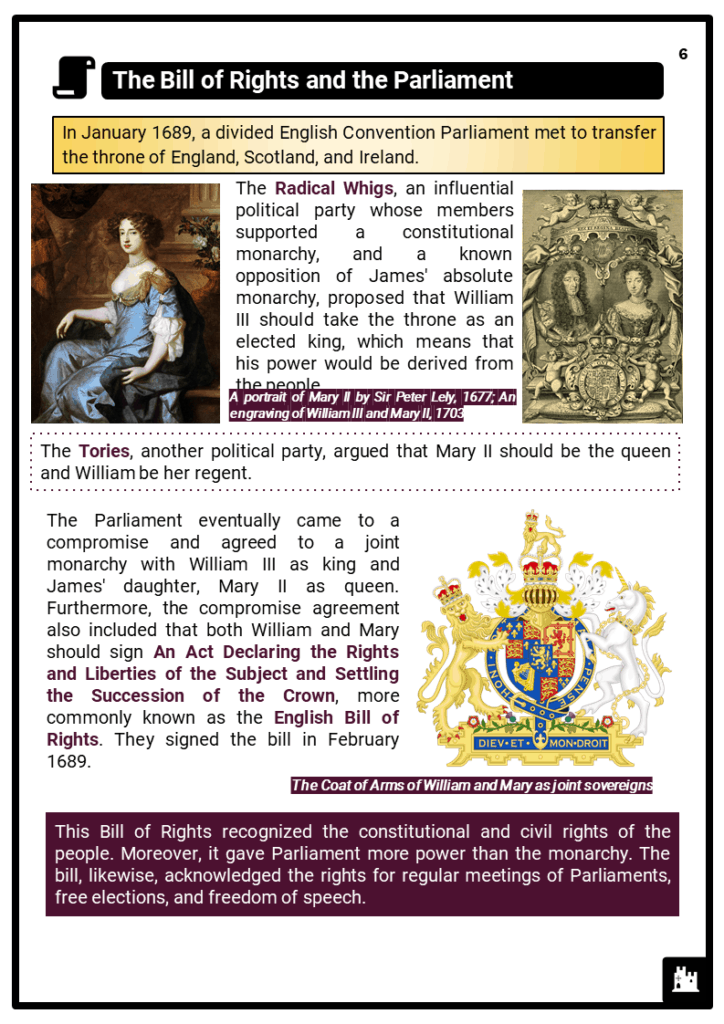