Teach any The Stuarts topic, no prep needed!

Do you want to save dozens of hours in time? Get your evenings and weekends back? Be fully prepared to teach any The Stuarts KS3 topic?

Every The Stuarts topic is covered, and each module comes complete with:

Did you know the House of Stuart is responsible for producing nine monarchs? That’s an impressive feat considering they almost never made it to the throne in the first place: Throughout early Elizabeth’s reign, she was plagued by the threat of Mary, Queen of Scots (a Stuart) staking her claim as the rightful Queen of England. Her marriage to Lord Darnley only strengthened this claim. Even though she was executed by Elizabeth, upon Elizabeth’s death, a succession crisis occurred and, ironically, Mary’s son James was next in line as Elizabeth’s double first cousin twice removed. Thus, the Stuarts ascended the English throne and saw the monarchs James I (1603-1625), Charles I (1625-1649), Charles II (1660-1685), James II (1685-1688), William III (1688-1702), Mary II (1688-1694), and Queen Anne (1792-1714) reign.

Learn more about the Stuart dynasty, including identifying leading monarchs, analysing the reigns and changes brought about by each monarch, and understanding the impact of Stuart leadership on British history with our KS3 resources. You’ll find Student Activities, Lesson Presentation, and Revision Notes ready to download below. KS3 resources are ideally suited for Years 7, 8 and 9, or ages 11-14. 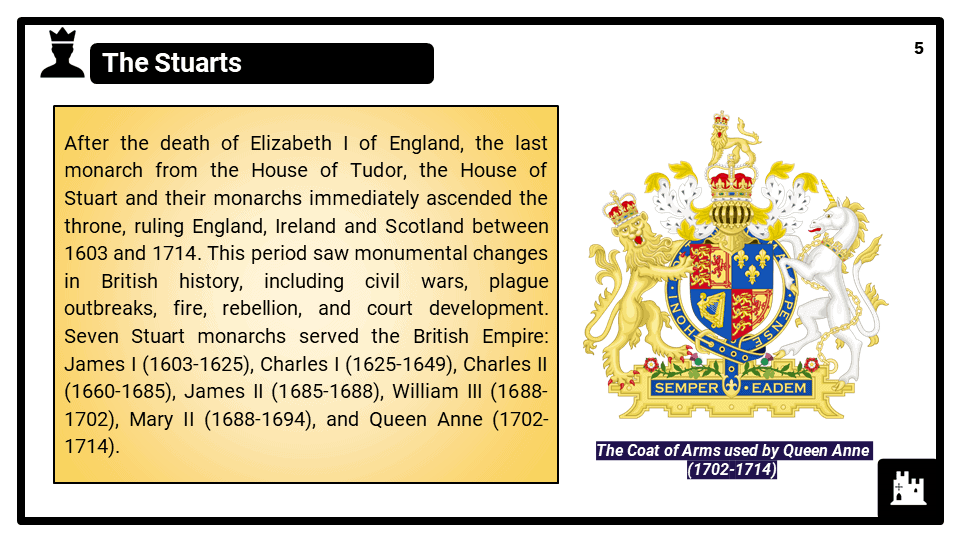 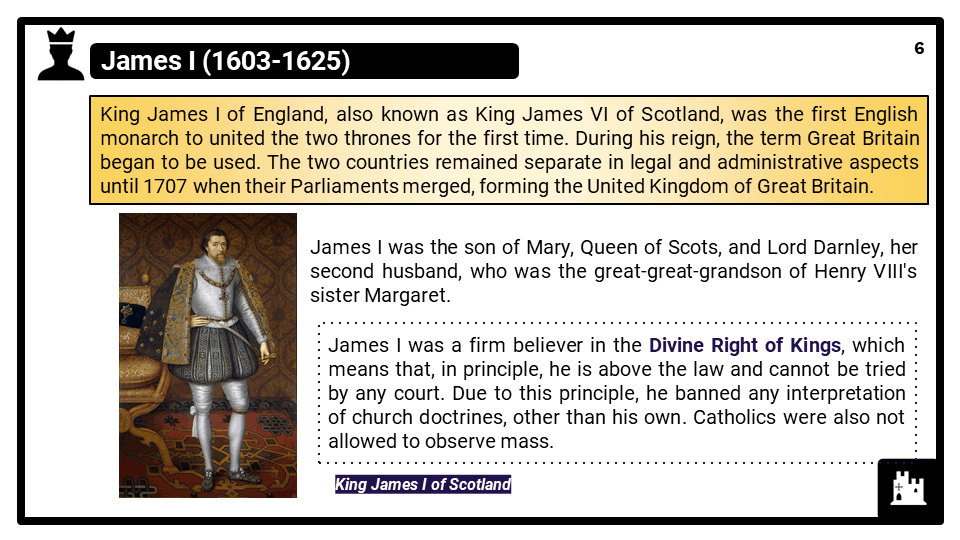 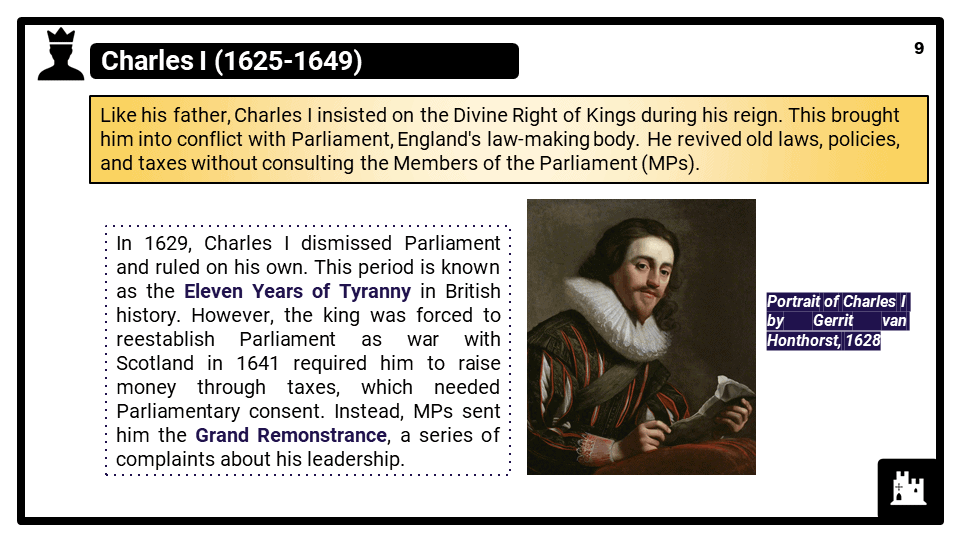 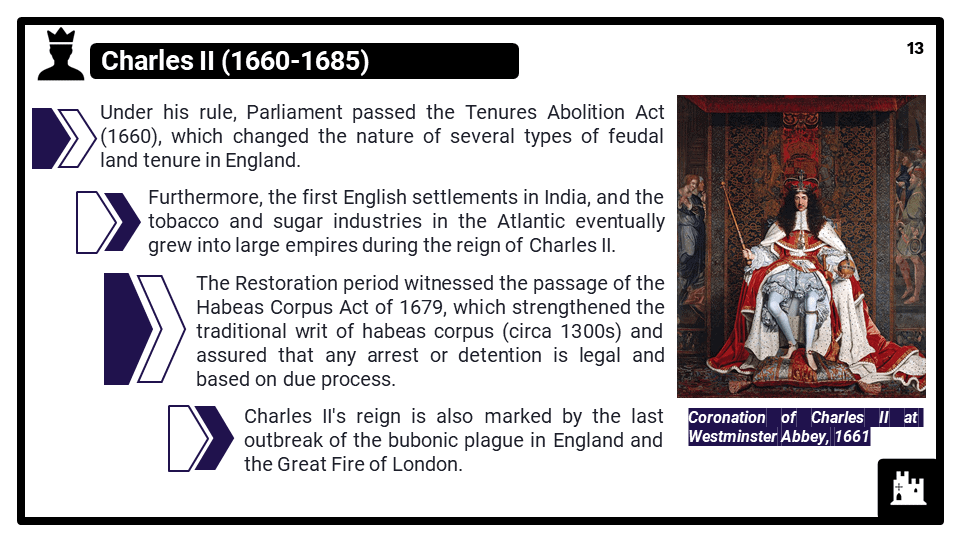 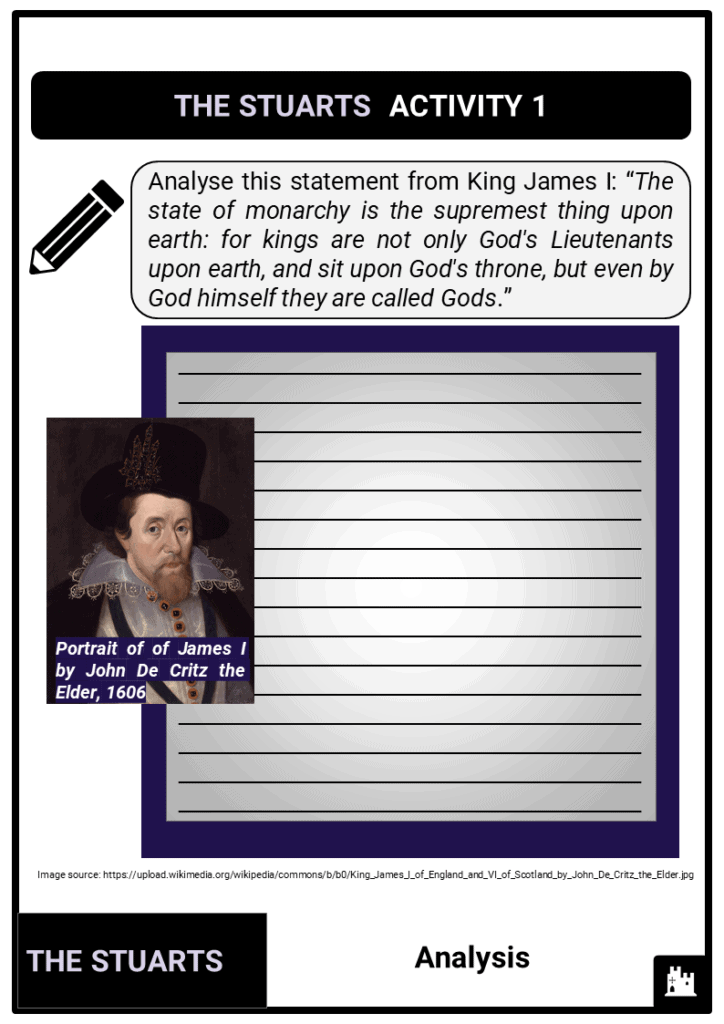 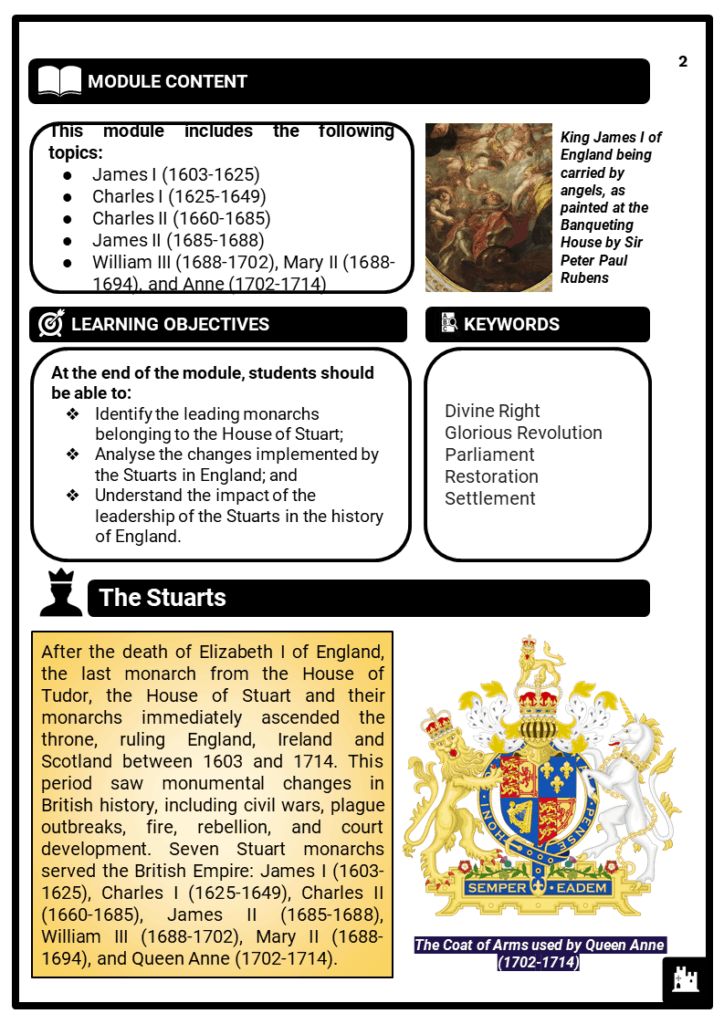 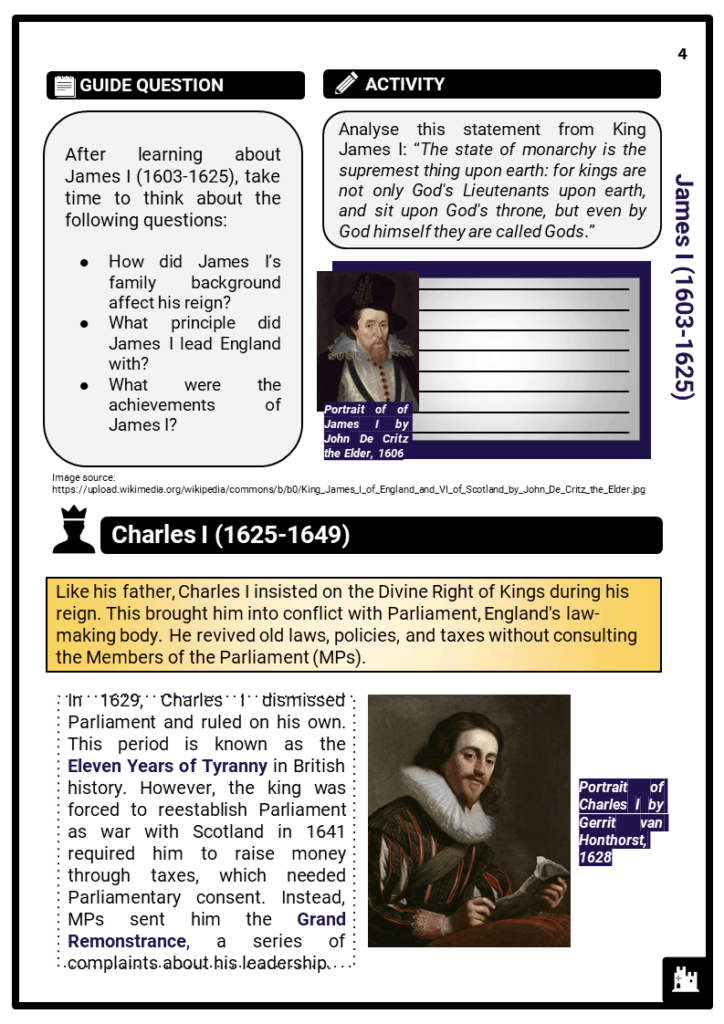