Teach any Magna Carta and Parliament topic, no prep needed!

Do you want to save dozens of hours in time? Get your evenings and weekends back? Be fully prepared to teach any Magna Carta and Parliament KS3 topic?

Every Magna Carta and Parliament topic is covered, and each module comes complete with:

In 1215, King John of England, brother of Richard the Lionheart, forcibly signed the Magna Carta, which stated that the king was not above the law of the land. This event was preceded by years of arbitrary rule and abuses of power, which upset and threatened the powerful Barons of England. By signing the document, the King of England was forced to recognise that the monarch was not above the law, and that he was obliged to run a fair government and protect people’s rights. Through this, Parliament became more powerful and had a larger role in the running of the land.

Learn more about the extent of King John’s power during his rule, the motives and provisions of the Magna Carta, the events that caused the outbreak of war, the emergence and role of Parliament, and the key figures in the emergence of Parliament with our KS3 resources. You’ll find Student Activities, Lesson Presentation, and Revision Notes ready to download below. KS3 resources are ideally suited for Years 7, 8 and 9, or ages 11-14. 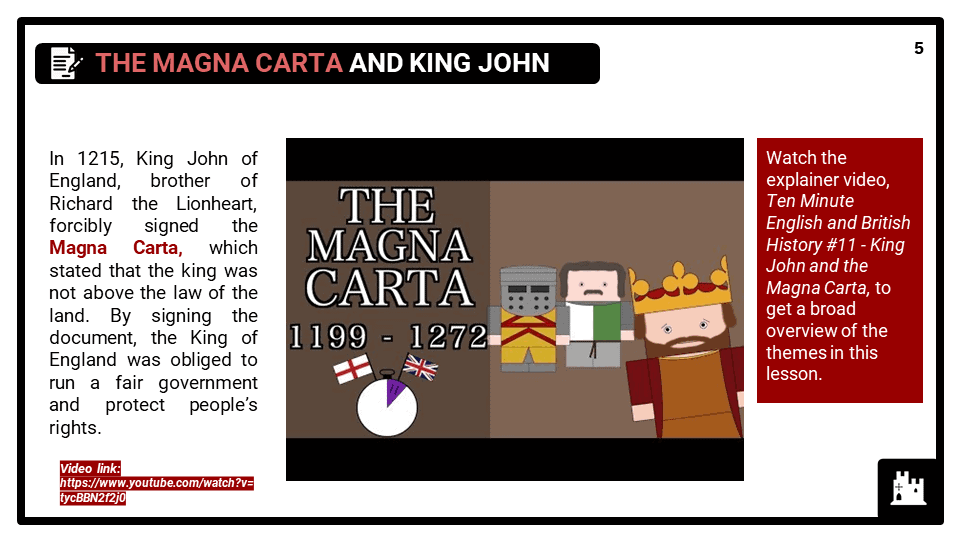 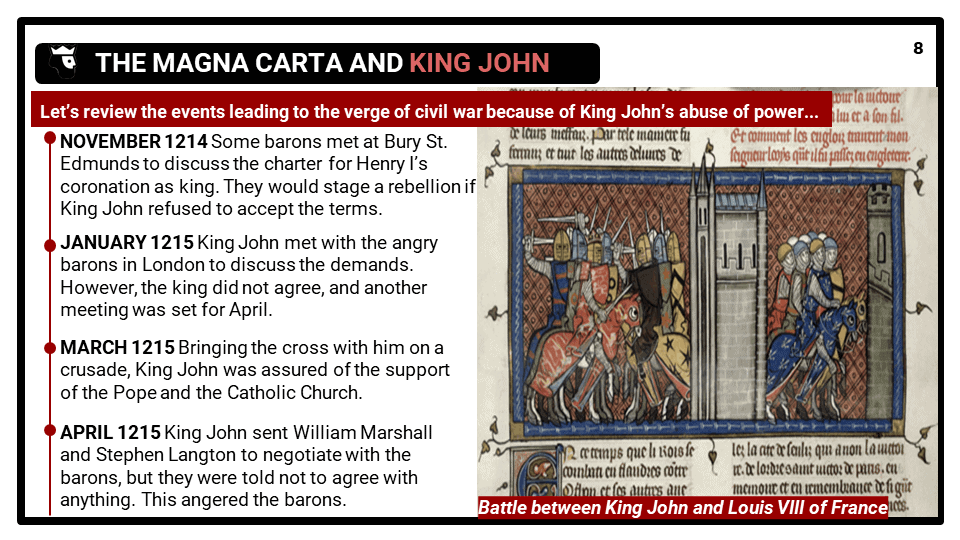 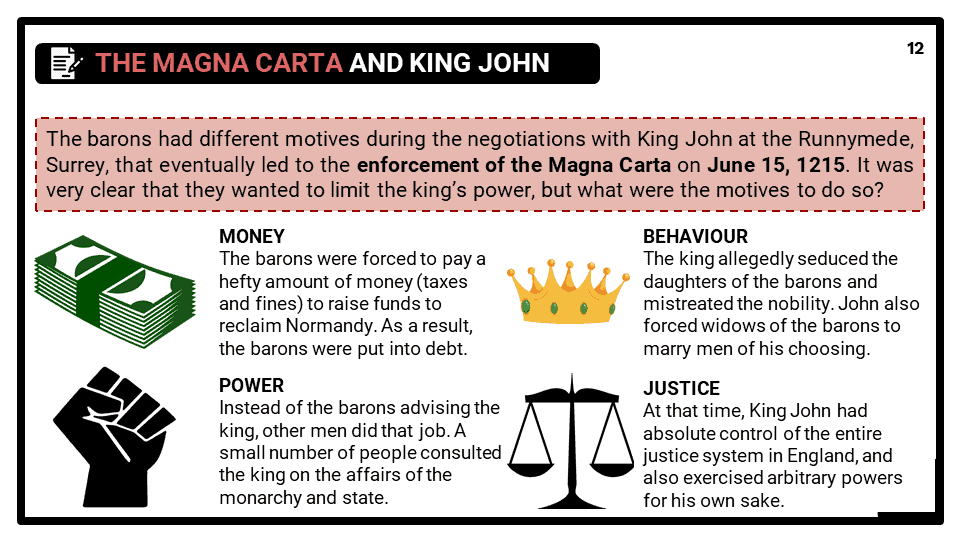 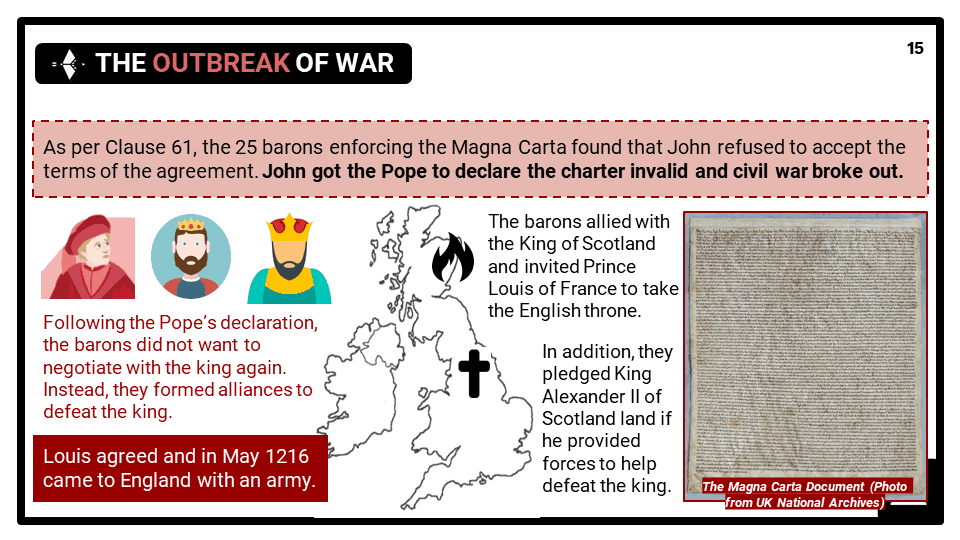 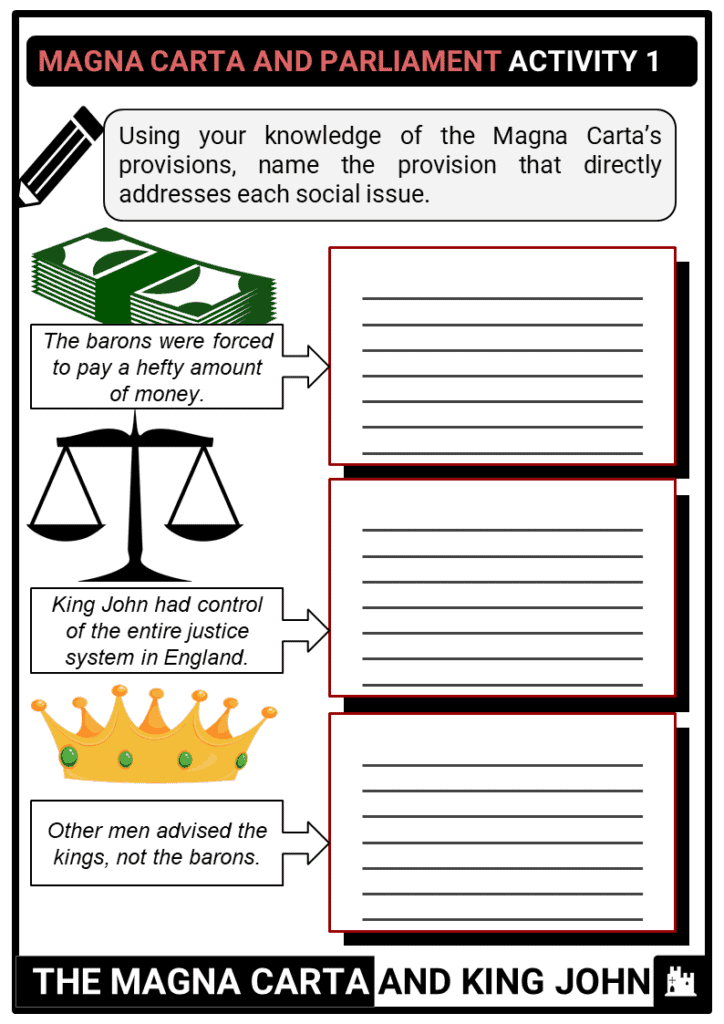 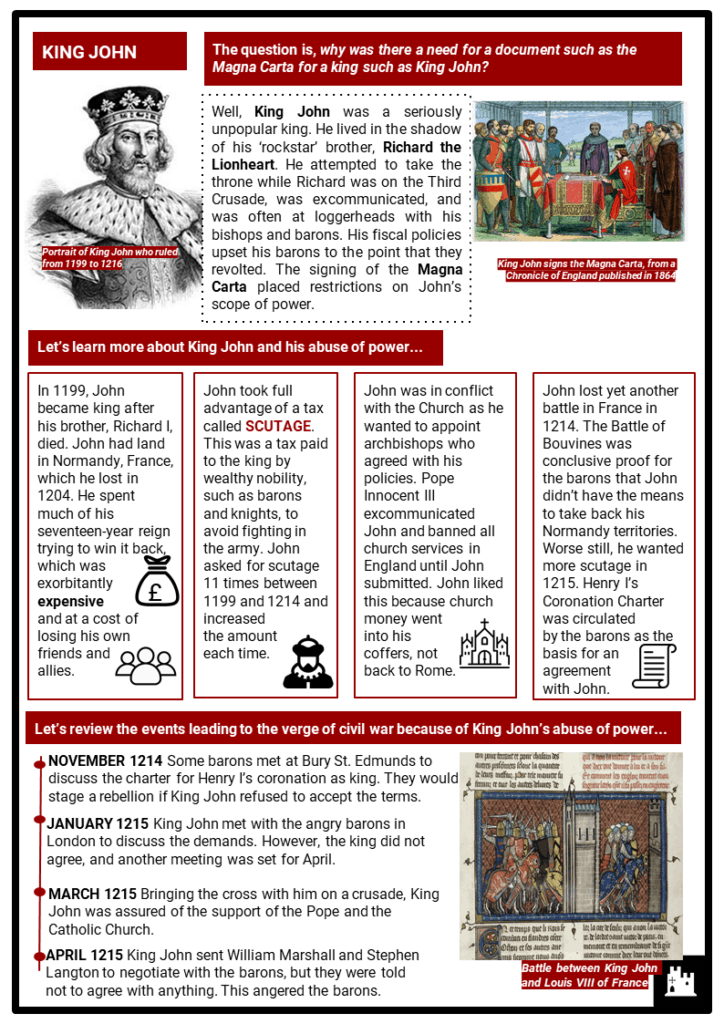 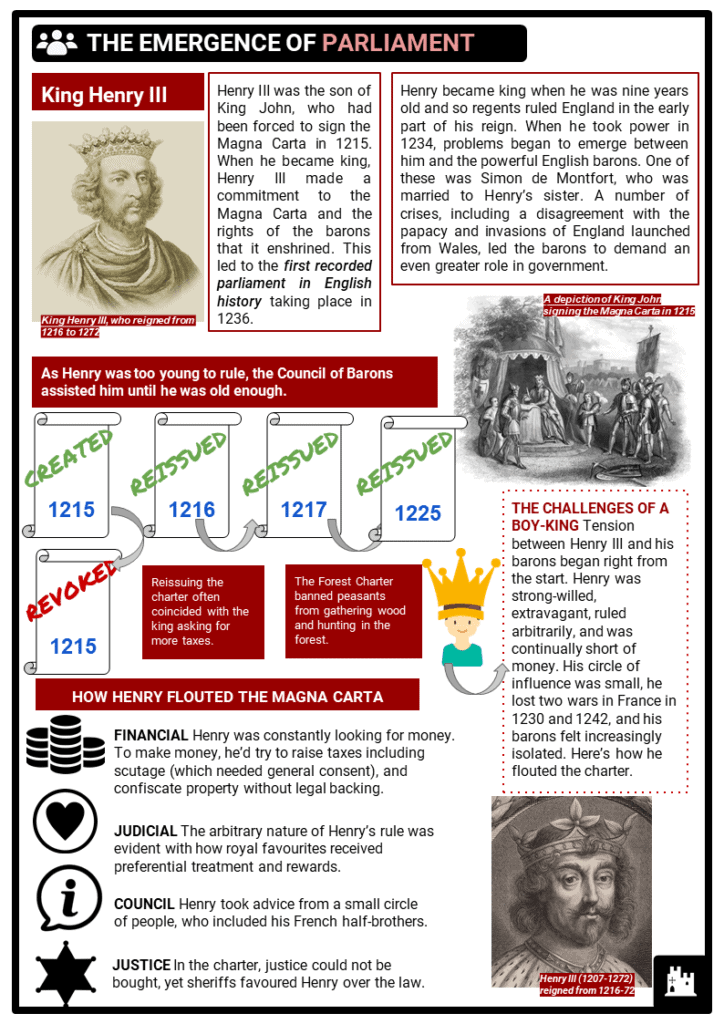