Do you want to save dozens of hours in time? Get your evenings and weekends back? Be fully prepared to teach any Peasants’ Revolt KS3 topic?

Every Peasants’ Revolt topic is covered, and each module comes complete with:

The Black Death in the mid-1300s devastated Europe and Britain. It took the lives of millions of people and fundamentally changed the lives of those who survived and the countries they lived in. One of the consequences of so many people dying was that wages actually increased through greater demand for many workers, while the aristocracy was hit with a lack of heirs to inherit property and titles. When a poll tax was introduced and laws to restrain the new-found freedom and income the common people had come to enjoy, violence and protest broke out. This has come to be known as the Peasants’ Revolt.

Learn more about the Peasants’ Revolt in 1381, including the tensions and triggers of the revolt, leaders of the royal government and rebels, major events, and outcomes of the revolt with our KS3 resources. You’ll find Student Activities, Lesson Presentation, and Revision Notes ready to download below. KS3 resources are ideally suited for Years 7, 8 and 9, or ages 11-14. 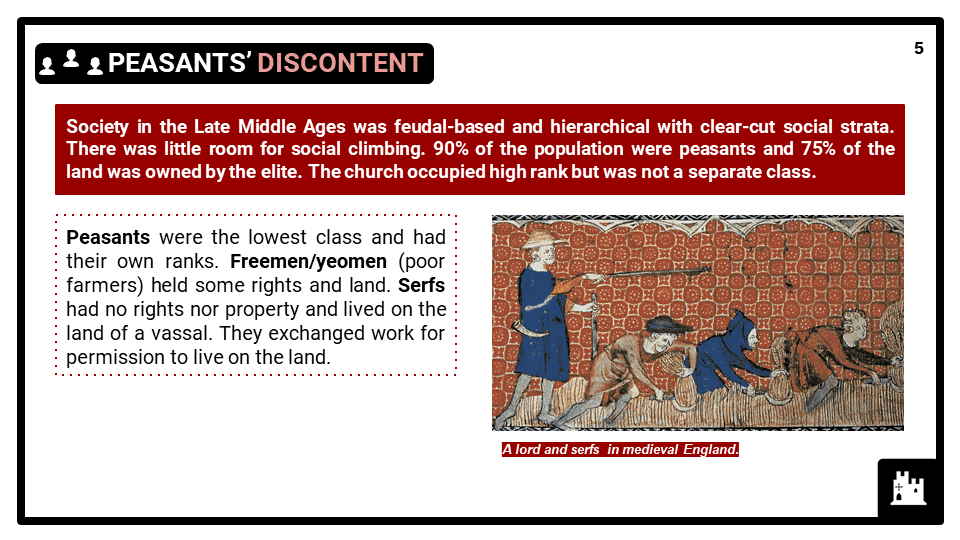 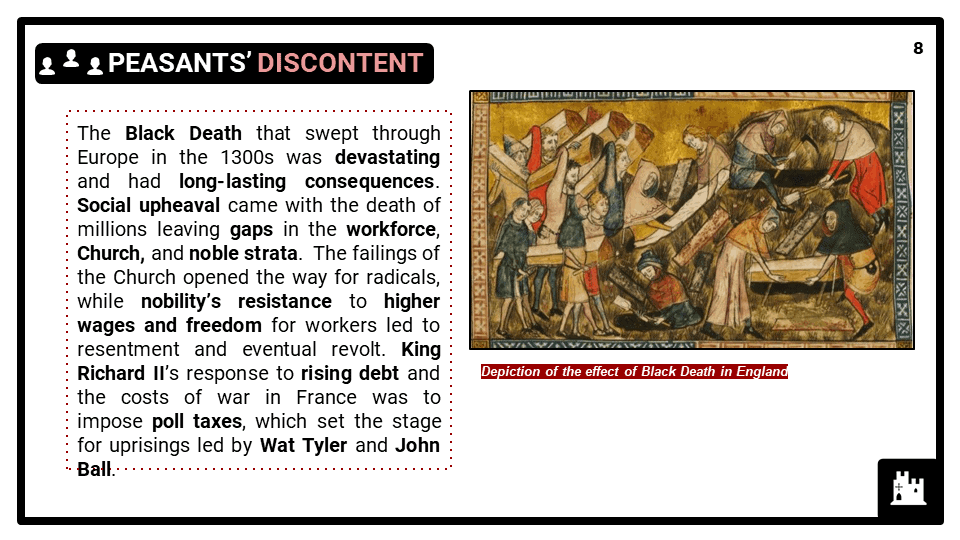 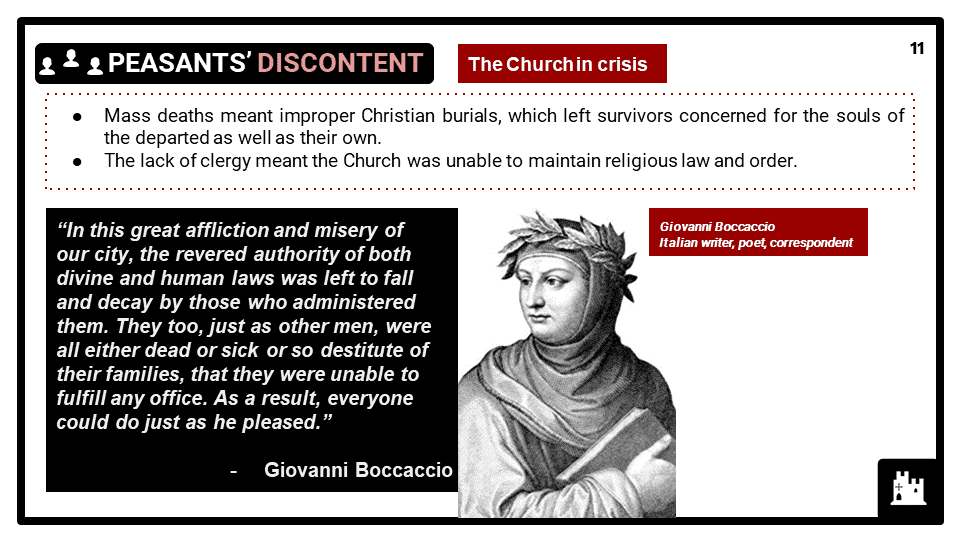 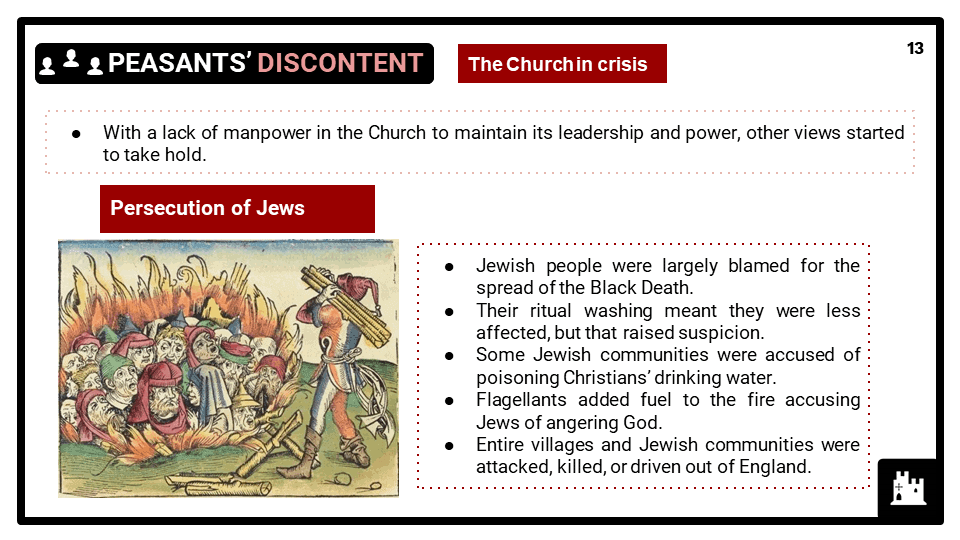 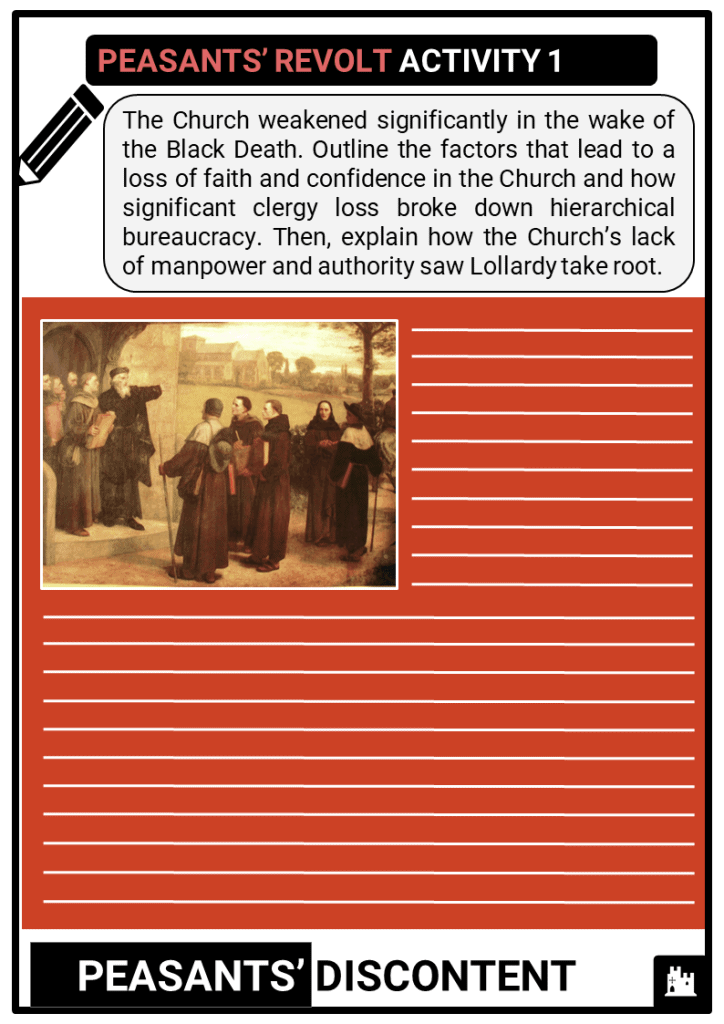 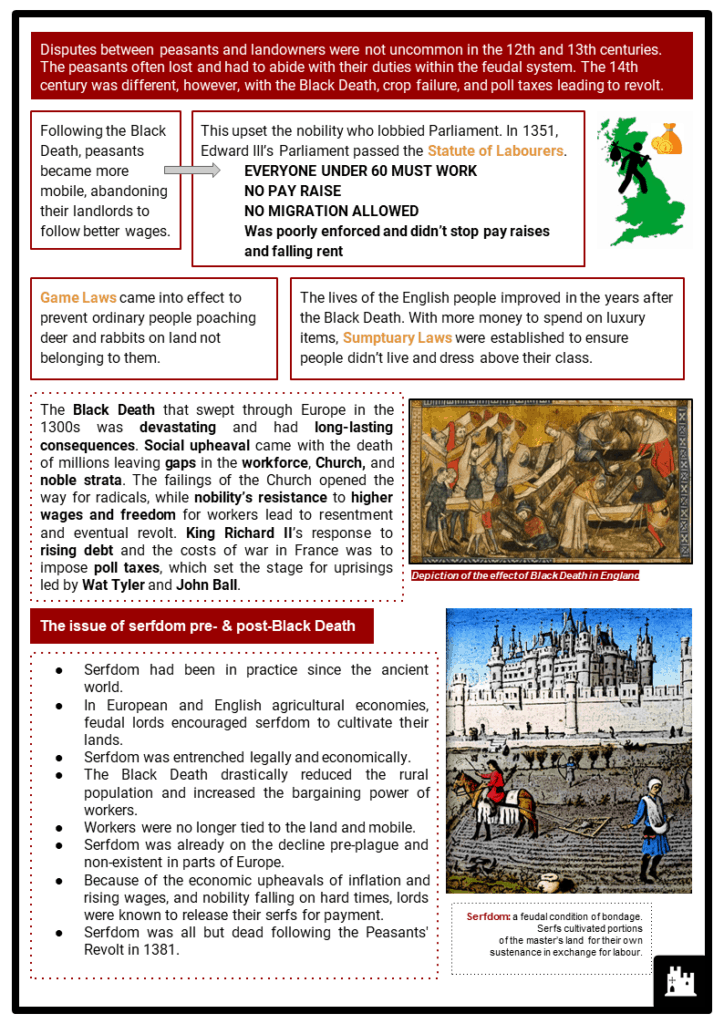 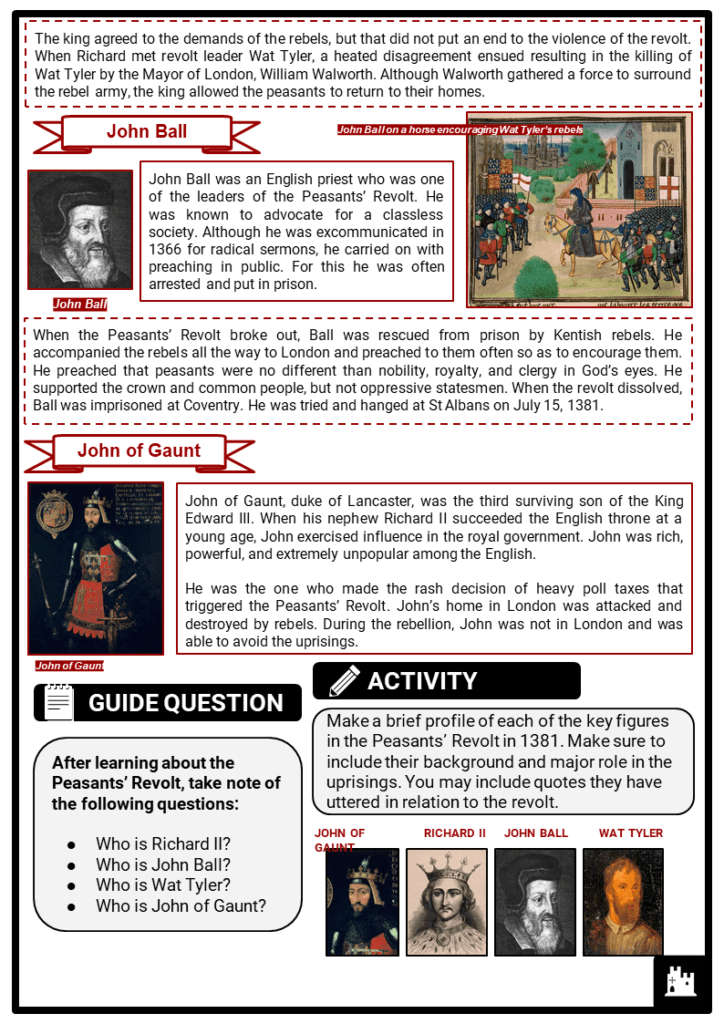