Teach any Struggle between Church and crown topic, no prep needed!

Do you want to save dozens of hours in time? Get your evenings and weekends back? Be fully prepared to teach any Struggle between Church and crown KS3 topic?

Every Struggle between Church and crown topic is covered, and each module comes complete with:

In 16th-century England, tension was growing between the Church and the Crown. With the Protestant Reformation in full swing in Europe, ideas were crossing the English Channel and the authority of the Catholic Church was being challenged. By the time of Henry VIII’s rule, England broke entirely from the Catholic Church in part because of Henry VIII’s desire for a divorce, and in part because of political and financial reasons. The break from Rome was achieved in 1534 through the Acts of Supremacy, which gave rise to the Church of England. While it took some years to evolve into a religion distinct from Catholicism, the immediate effects were that it was ruled by the King rather than the Pope.

Learn more about the powerful monarchs during the Tudor period, the nature and extent of power of the Church in the early 1500s, the reasons Henry VIII wanted to break from Rome in 1527, the Crown’s motives and strategies in dissolving the monasteries, and the consequences of asserting papal authority under Henry VIII’s rule with our KS3 resources. You’ll find Student Activities, Lesson Presentation, and Revision Notes ready to download below. KS3 resources are ideally suited for Years 7, 8 and 9, or ages 11-14. 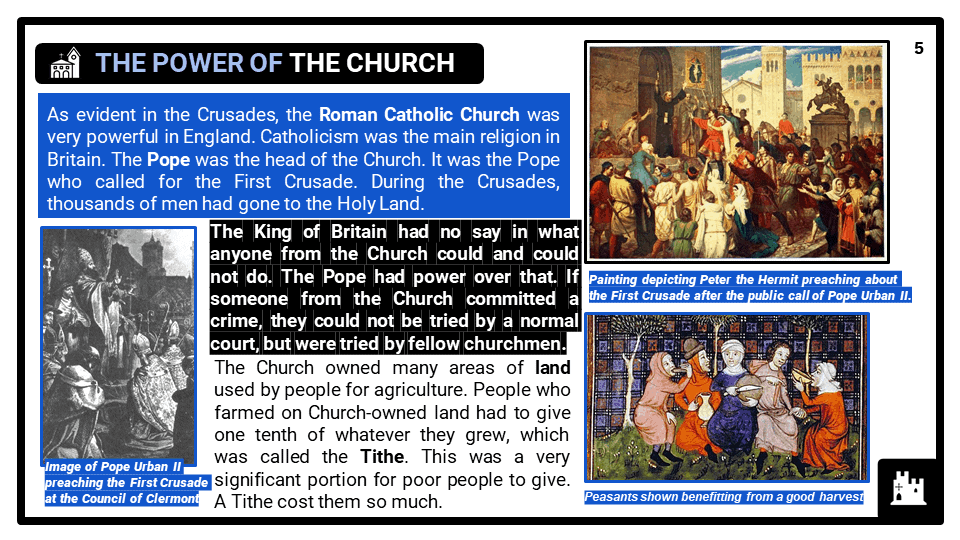 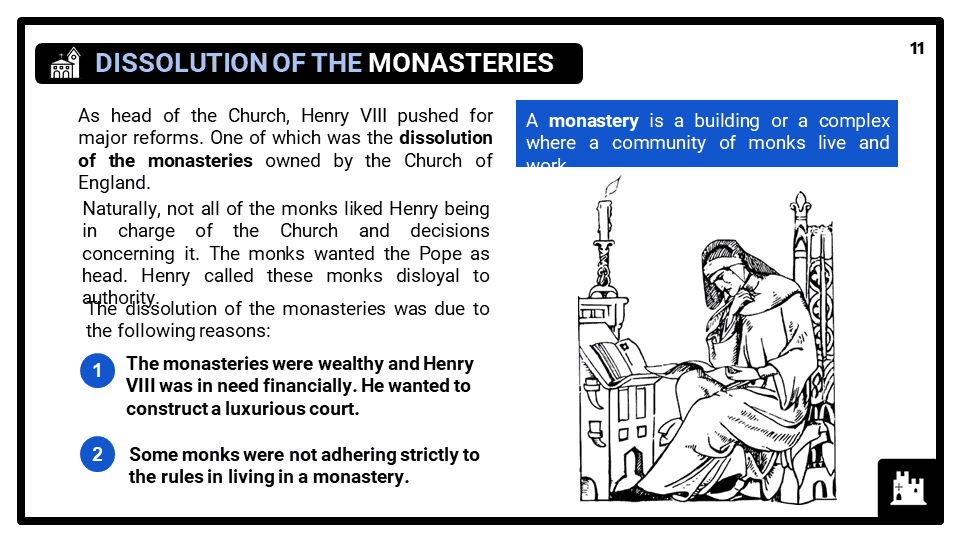 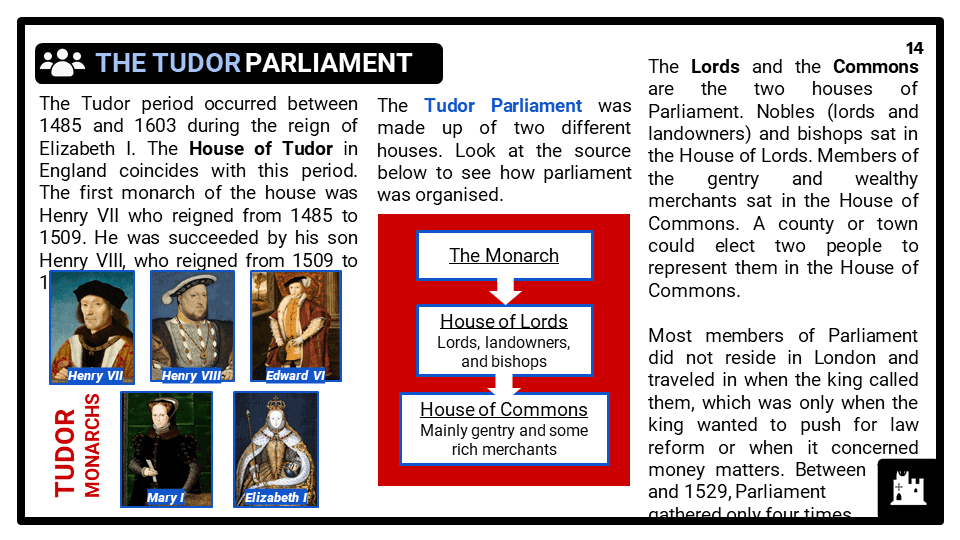 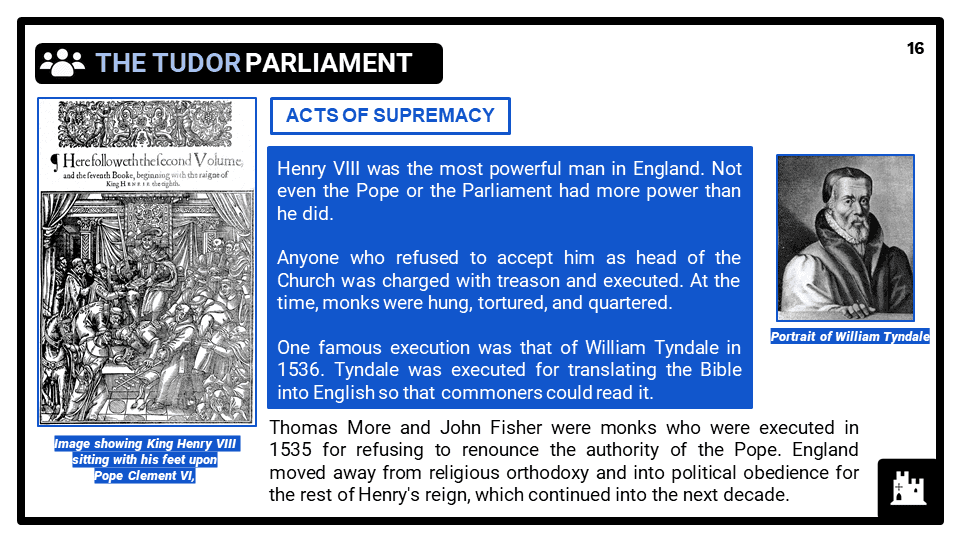 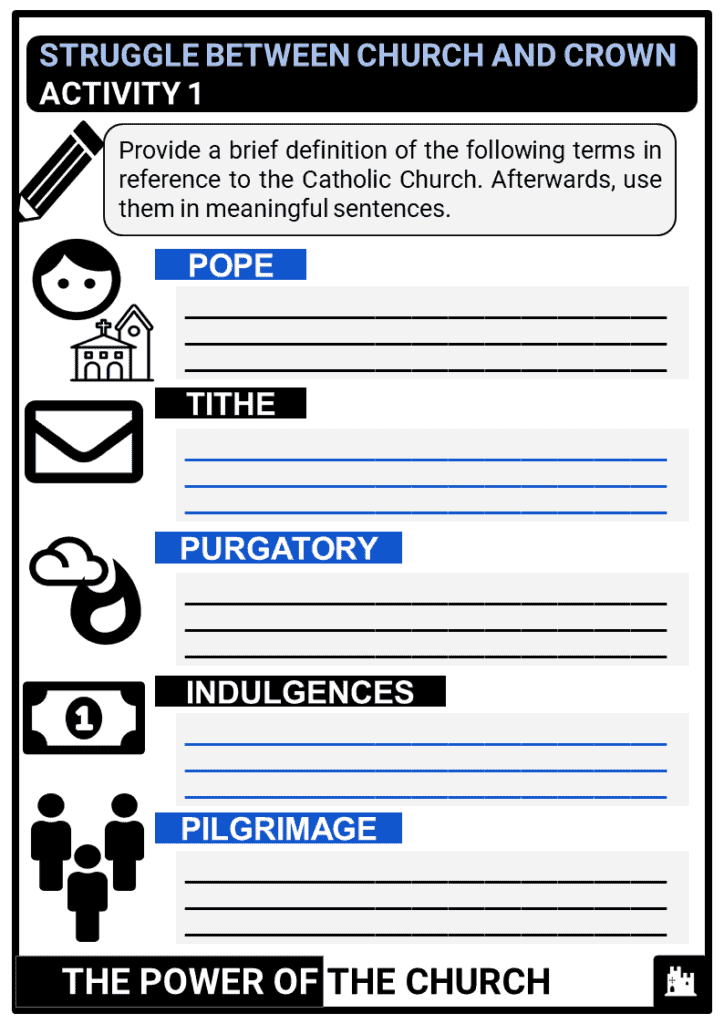 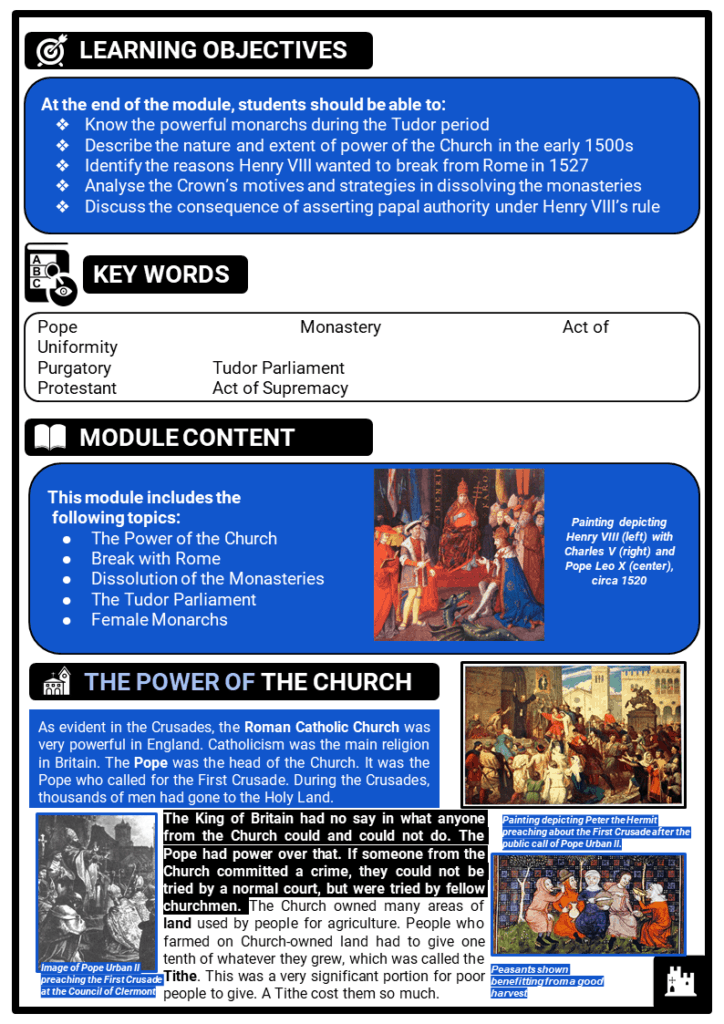 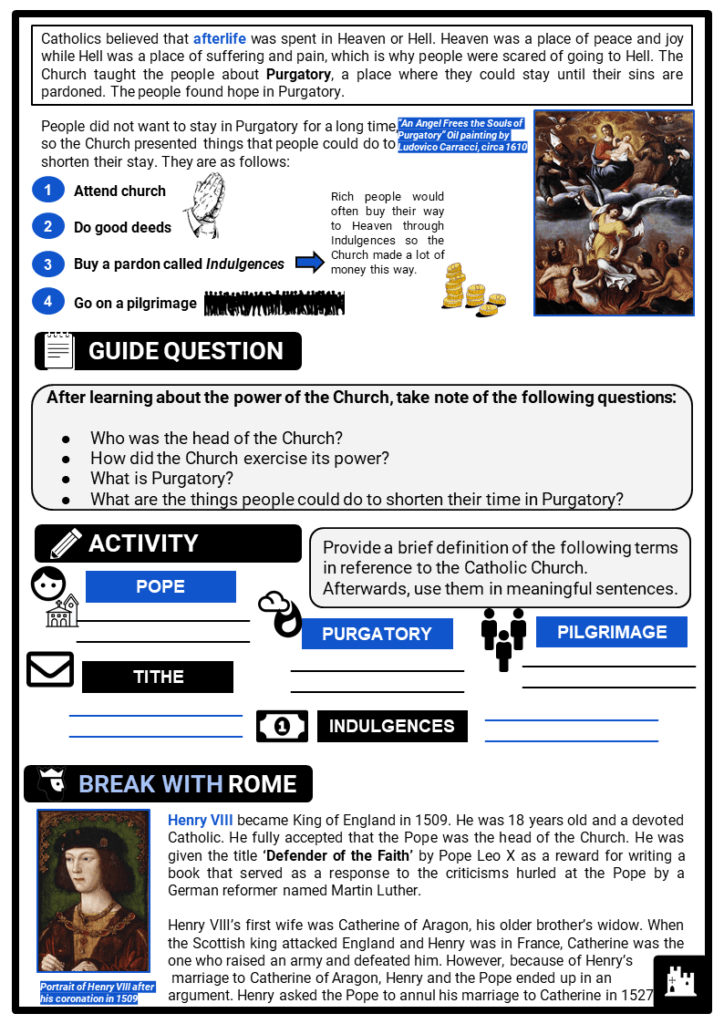