Do you want to save dozens of hours in time? Get your evenings and weekends back? Be fully prepared to teach any British Trans-Atlantic Slave Trade KS3 topic?

Every British Trans-Atlantic Slave Trade topic is covered, and each module comes complete with:

As early as 1562, the first slaving voyage left England. Led by John Hawkins, slaves were sold in Santo Domingo, a Spanish colony in the New World, for huge profit. With the British Empire expanding, by the mid-16th and 17th centuries, a number of British merchants received royal charter to trade gold, ivory, dyewood, and indigo along the west coast of Africa. Demand for tobacco and sugarcane growing in Europe and Britain, trade with Africa soon shifted to slaves to supply the labour demand in the New World. An estimated 10 million to 12 million enslaved Africans were transported to the Americas between the 16th and 19th centuries. Millions died en route and those that survived lived under appalling conditions. It took years of sustained campaigning and winning the hearts and minds of Britons before the slave trade was abolished.

Learn more about the system of the Transatlantic Slave Trade, the effects of the trade on Europe, the Americas, and Africa, and how the slave trade was abolished in Britain with our KS3 resources. You’ll find Student Activities, Lesson Presentation, and Revision Notes ready to download below. KS3 resources are ideally suited for Years 7, 8 and 9, or ages 11-14. 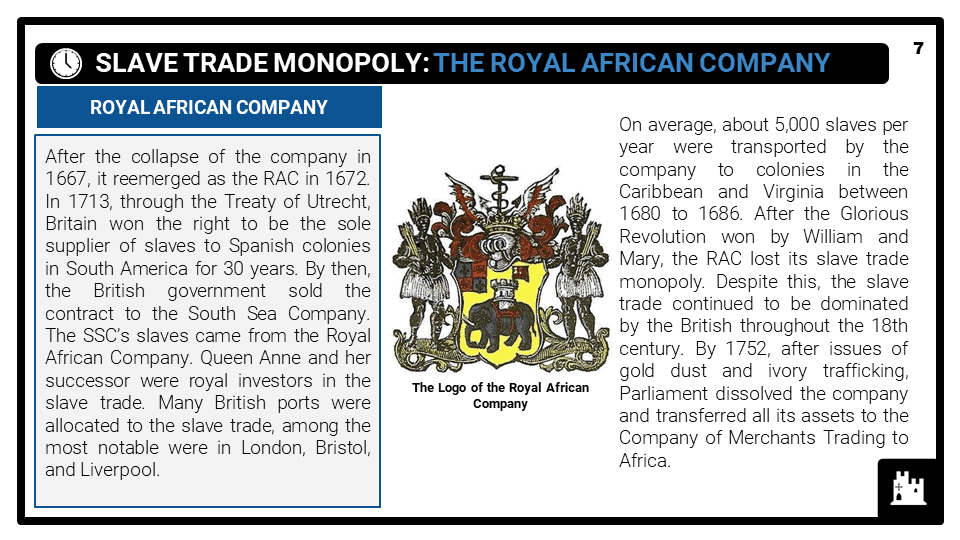 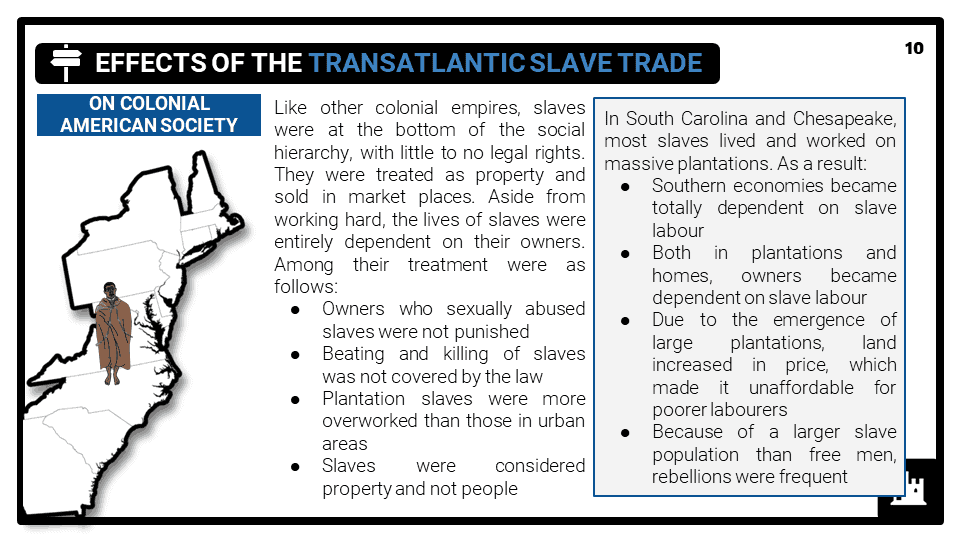 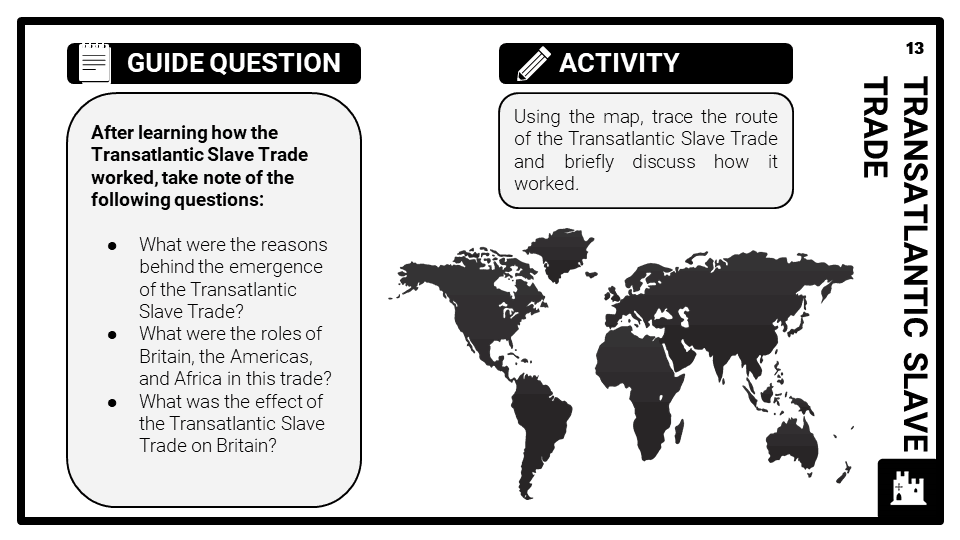 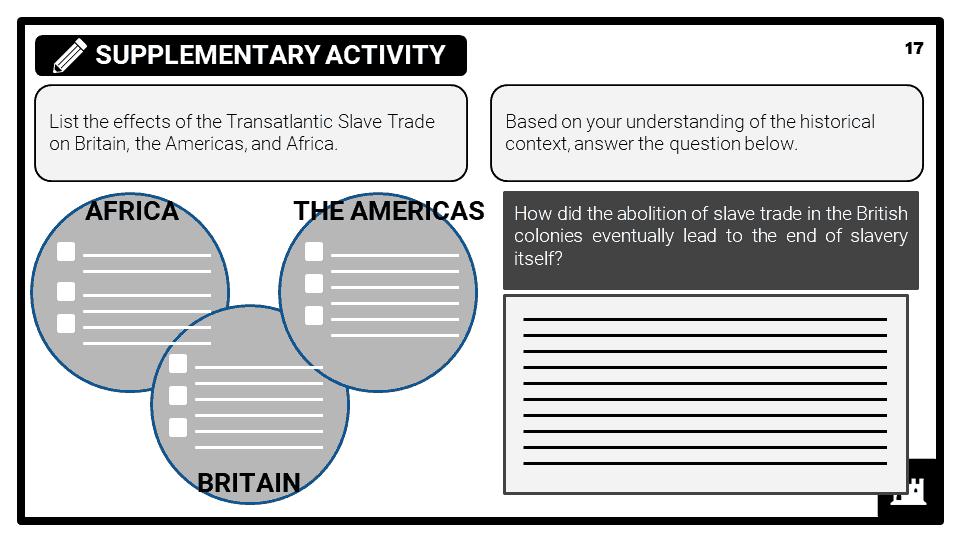 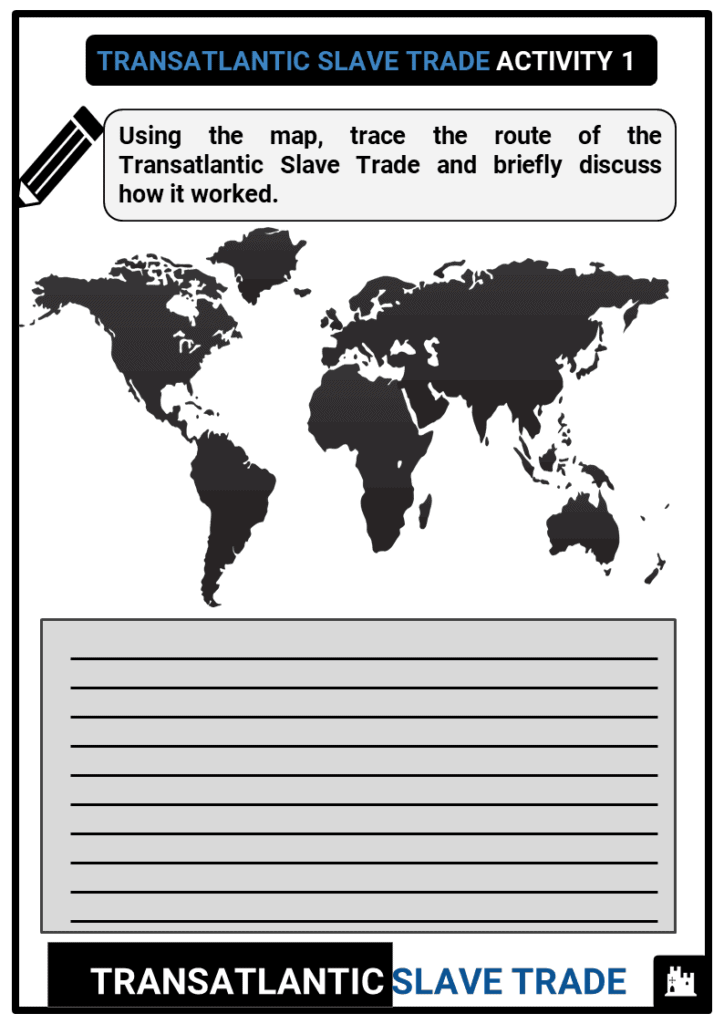 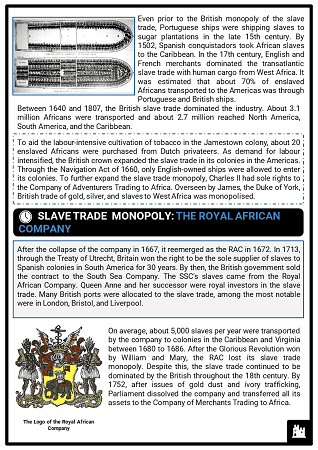 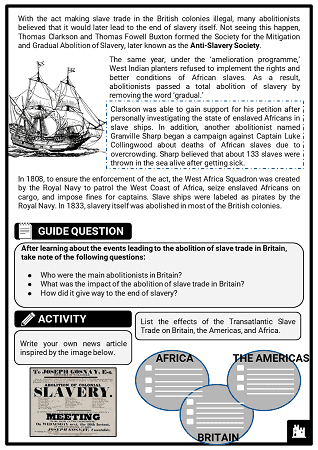