Teach any Enlightenment in Britain & Europe topic, no prep needed!

Do you want to save dozens of hours in time? Get your evenings and weekends back? Be fully prepared to teach any Enlightenment in Britain & Europe KS3 topic?

Every Enlightenment in Britain & Europe topic is covered, and each module comes complete with:

Coming out of the Renaissance period, 18th-century Europe was characterised by the Age of Enlightenment. Enlightenment ideas centred on Humanism and the ability of individuals to think rationally and for themselves. Because of this, authorities such as absolute monarchies and the Church lost some power. While it is considered normal to think this way today, it was a very new and radical idea at the time.

The transition was not easy, in fact many Enlightenment thinkers were considered dangerous to power and were persecuted. Nevertheless, as more people came to believe that they could create a society they wanted by working together, and that even the poor should have the same rights as the rich, such as the right to vote, be represented in government and own land, revolutions began to spring up.

Learn more about the nature of the Age of Enlightenment, famous European thinkers during this period and how Enlightenment themes and concepts influenced revolutions with our KS3 resources. You’ll find Student Activities, Lesson Presentation, and Revision Notes ready to download below. KS3 resources are ideally suited for Years 7, 8 and 9, or ages 11-14. 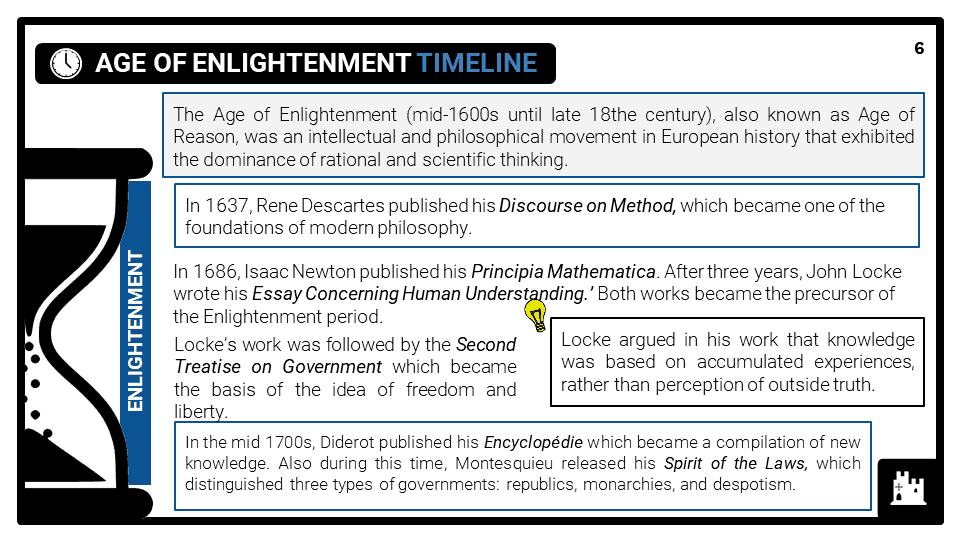 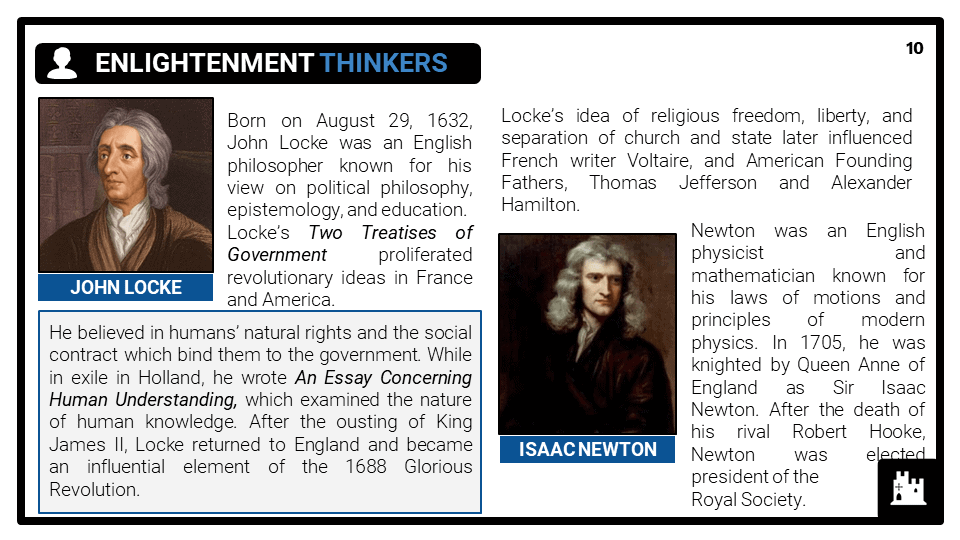 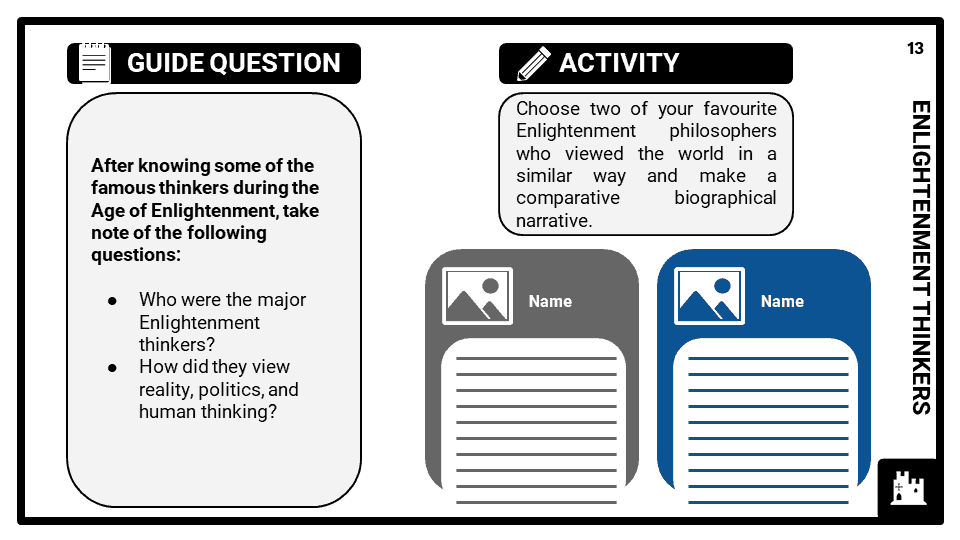 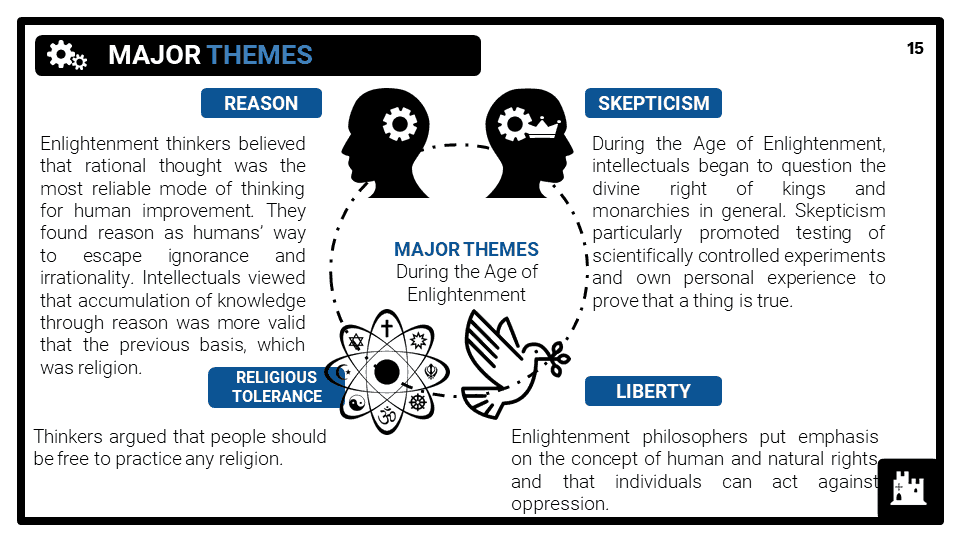 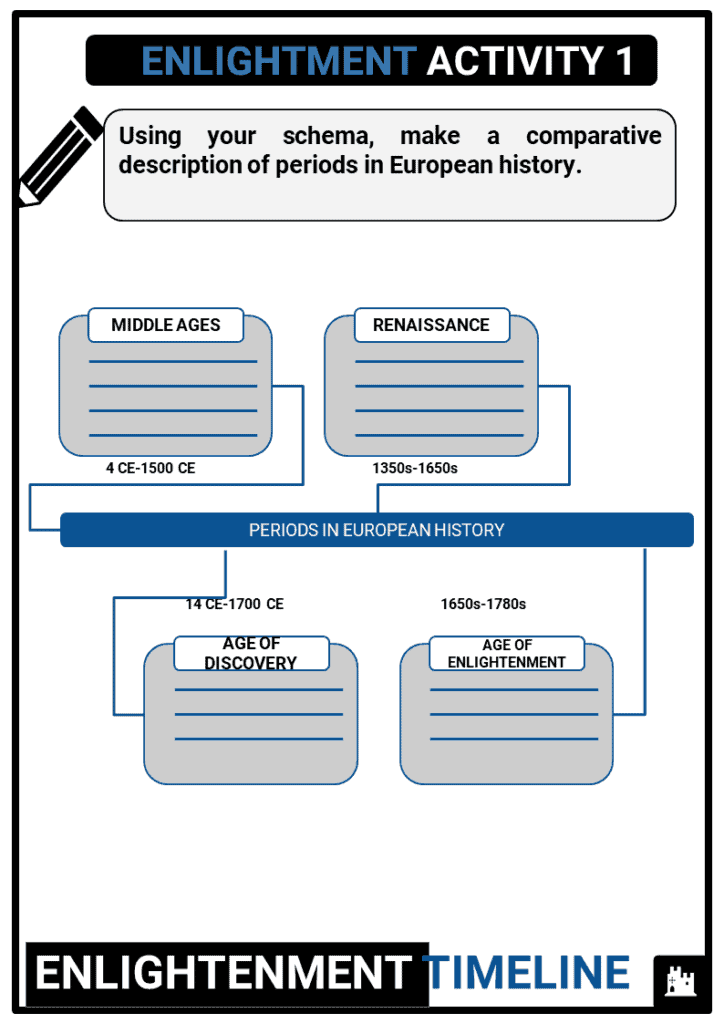 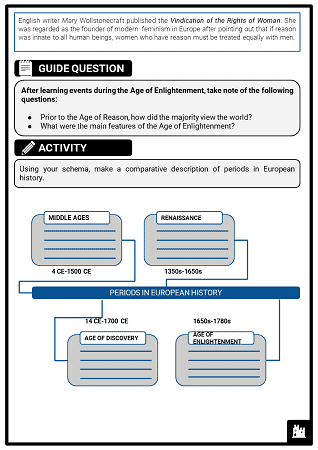 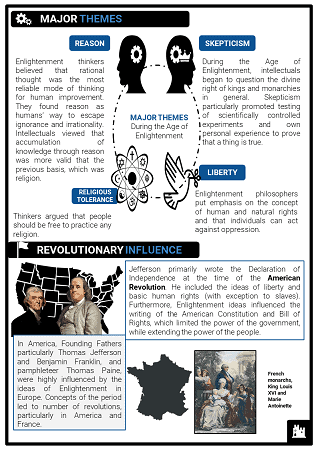