Do you want to save dozens of hours in time? Get your evenings and weekends back? Be fully prepared to teach any The South African Boer Wars KS3 topic?

Every The South African Boer Wars topic is covered, and each module comes complete with:

These wars were fought between the British Empire and the two Boer republics, namely the South African Republic (Transvaal) and the Orange Free State, and took place from 1880 until 1902. Great Britain ultimately emerged victorious. The wars were deeply rooted in the long-standing oppression and tensions in South Africa.

Learn more about the events leading to the Boer Wars, First Anglo-Boer War, Second Anglo-Boer War and aftermath with our KS3 resources. You’ll find Student Activities, Lesson Presentation, and Revision Notes ready to download below. KS3 resources are ideally suited for Years 7, 8 and 9, or ages 11-14. 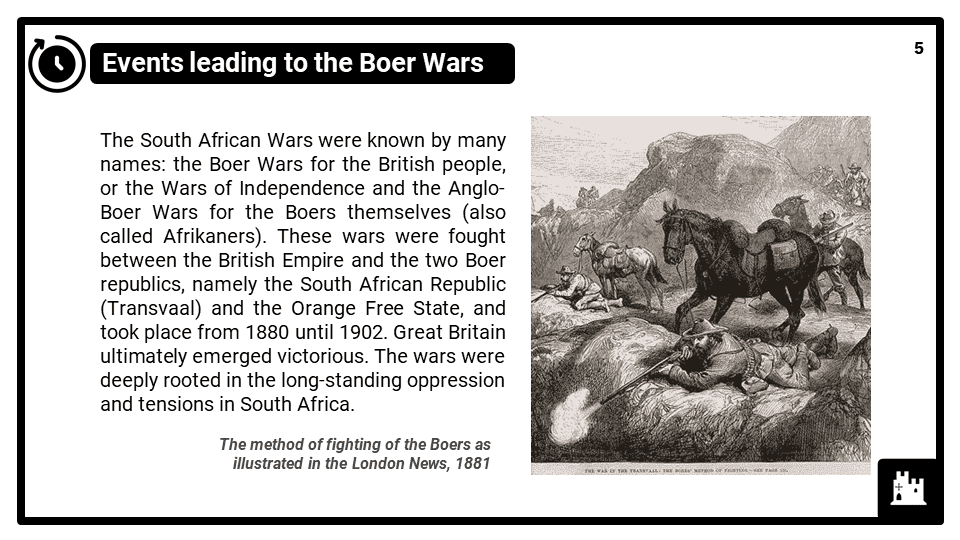 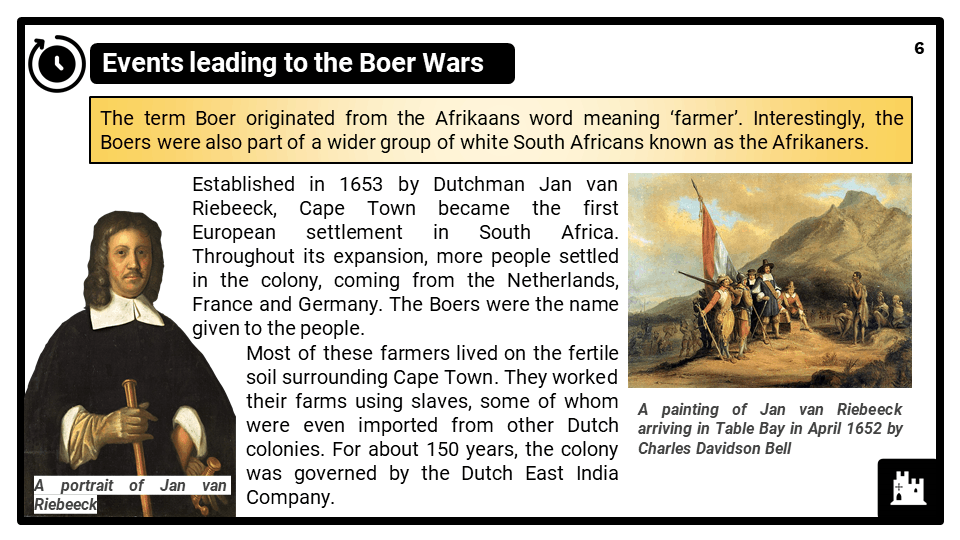 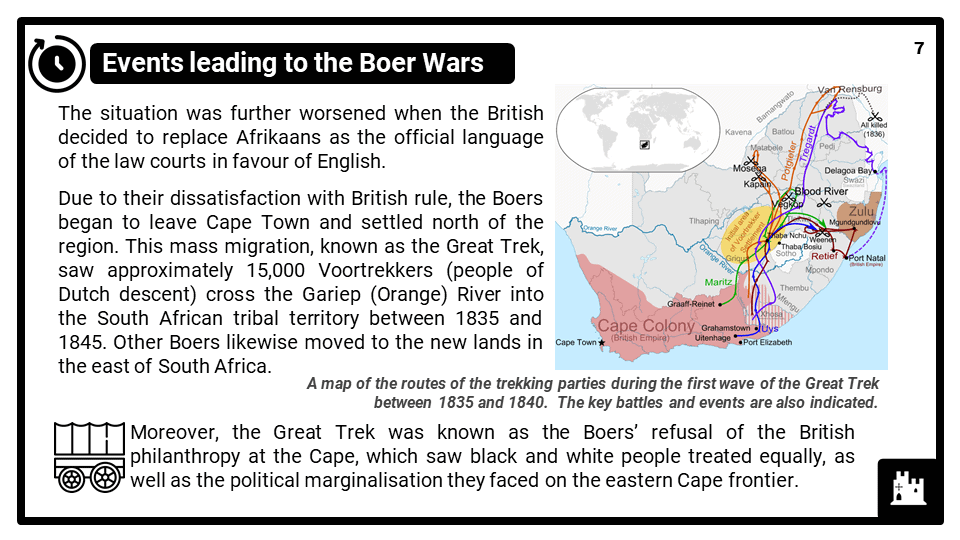 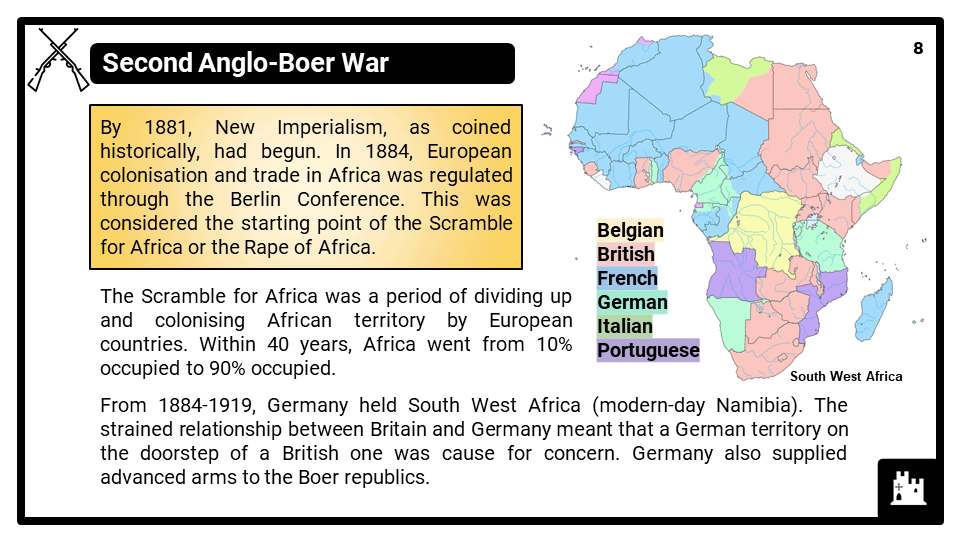 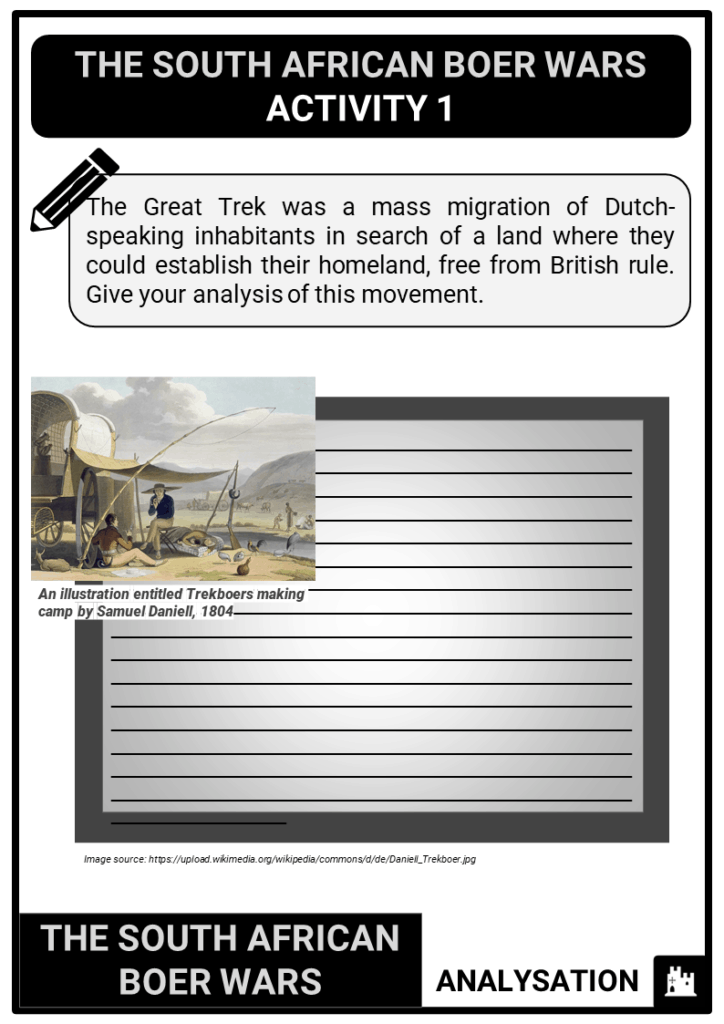 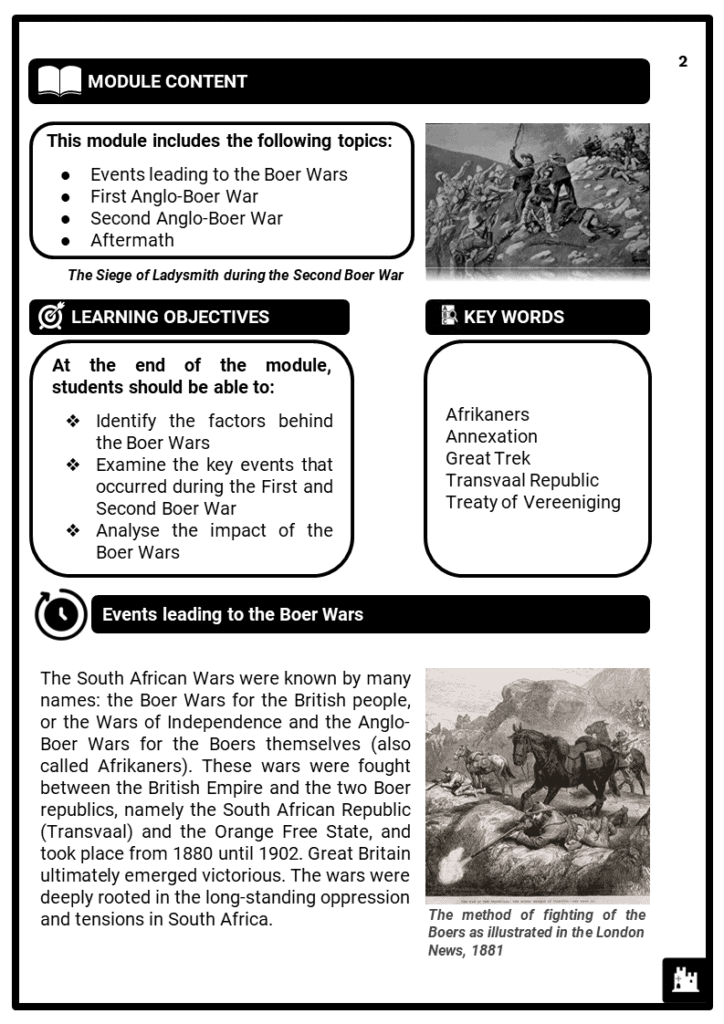 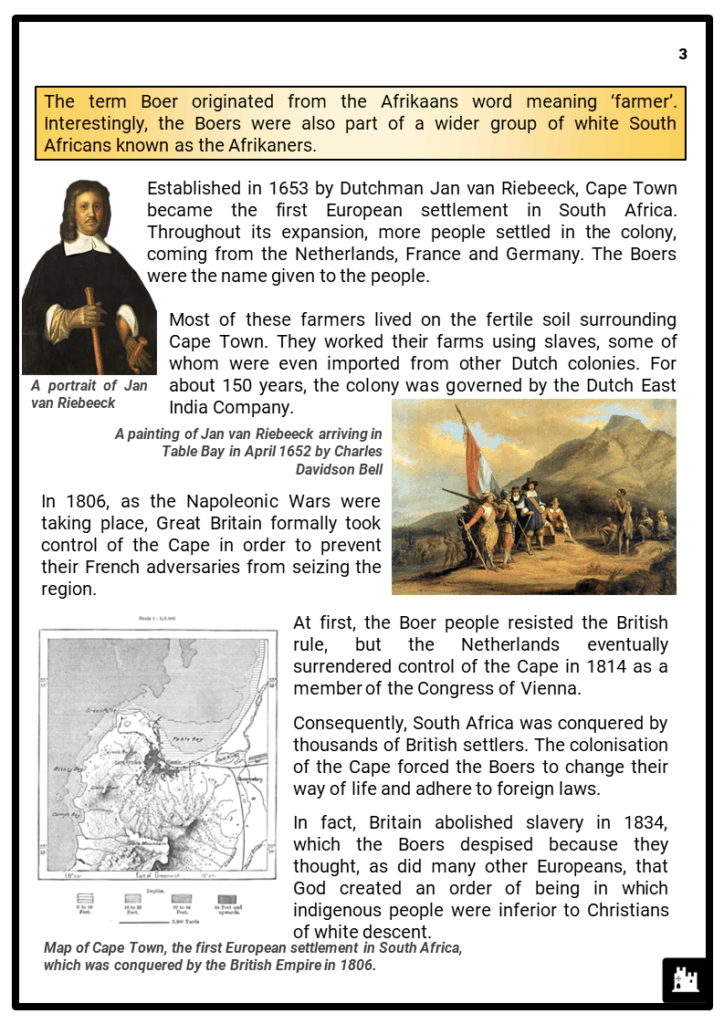