Teach any The Irish Home Rule topic, no prep needed!

Do you want to save dozens of hours in time? Get your evenings and weekends back? Be fully prepared to teach any The Irish Home Rule KS3 topic?

Every The Irish Home Rule topic is covered, and each module comes complete with:

In British and Irish history, the Home Rule movement was known as a proposed government system in which Ireland would have its autonomy within the United Kingdom.

Ireland was under the rule of the British empire until the 1920s. Despite the efforts of the members of the British parliament to legislate bills for Home Rule in 1886, 1893 and 1912, they never received enough votes for them to pass. This demand for Ireland’s self-governance was primarily endorsed by Irish Nationalists, while it was opposed by Irish Unionists.

Learn more about the development of the Irish Home Rule, establishment of the Movement, the Home Rule Bills and the Reality of the Movements with our KS3 resources. You’ll find Student Activities, Lesson Presentation, and Revision Notes ready to download below. KS3 resources are ideally suited for Years 7, 8 and 9, or ages 11-14. 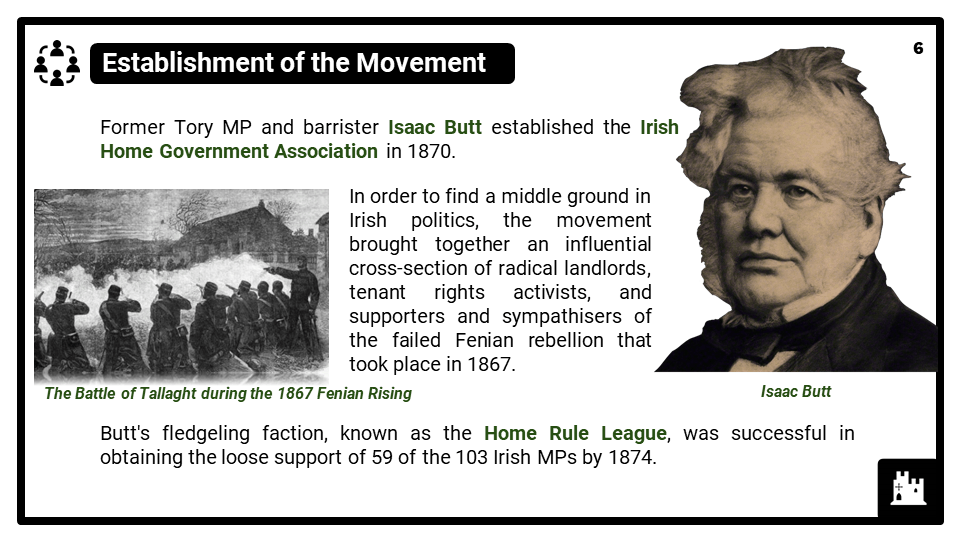 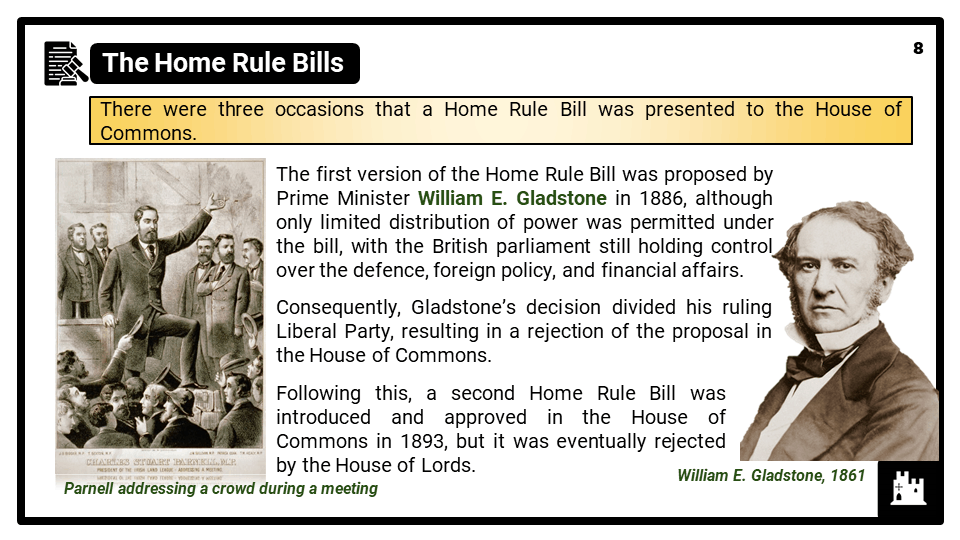 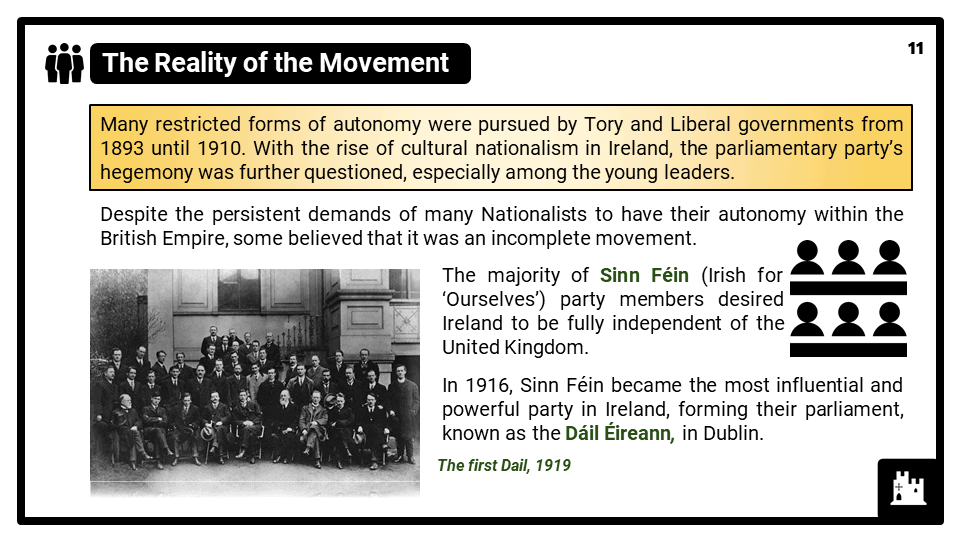 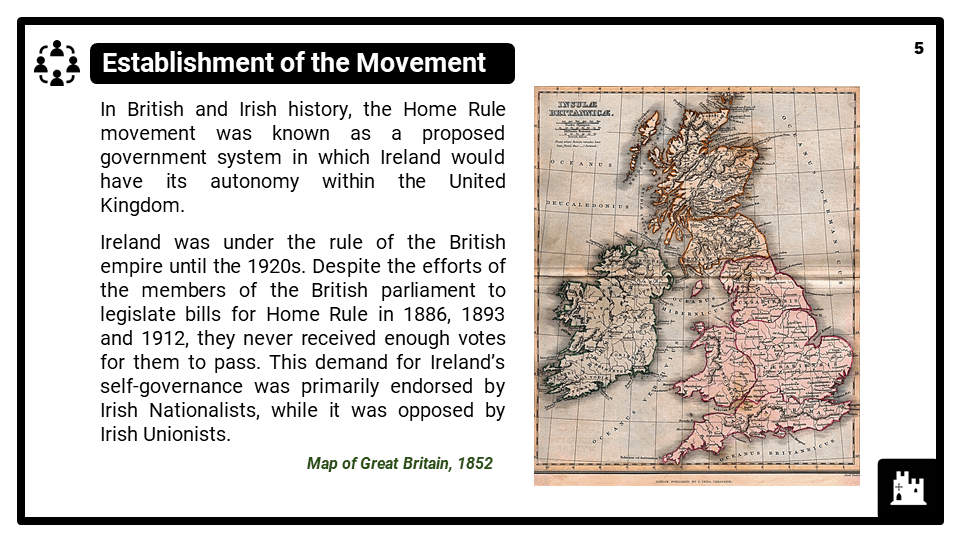 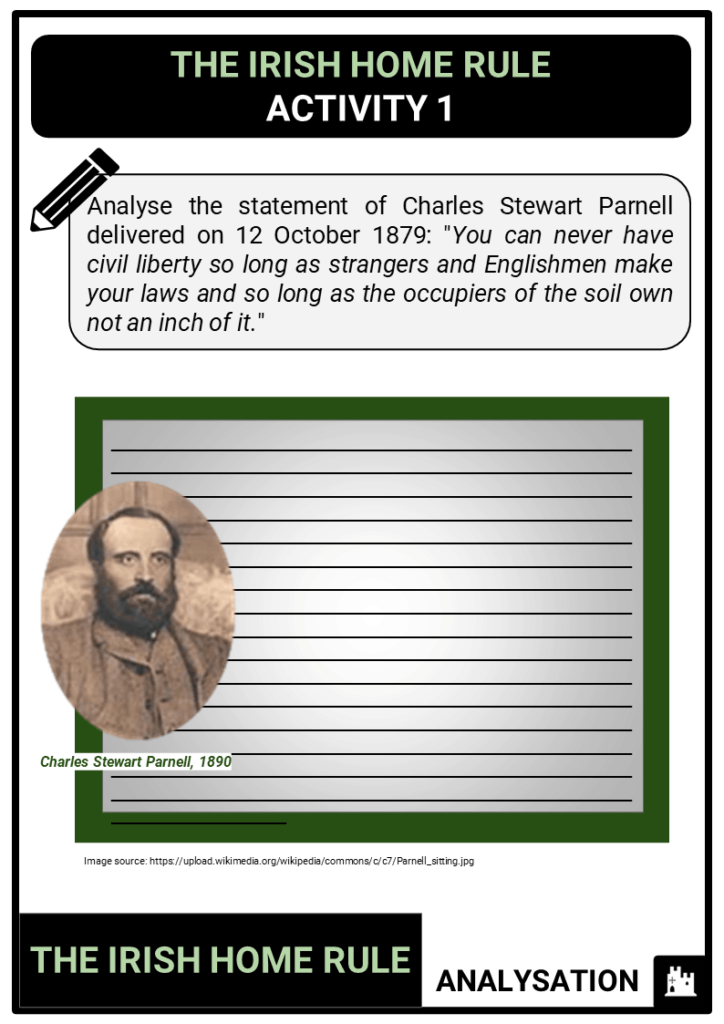 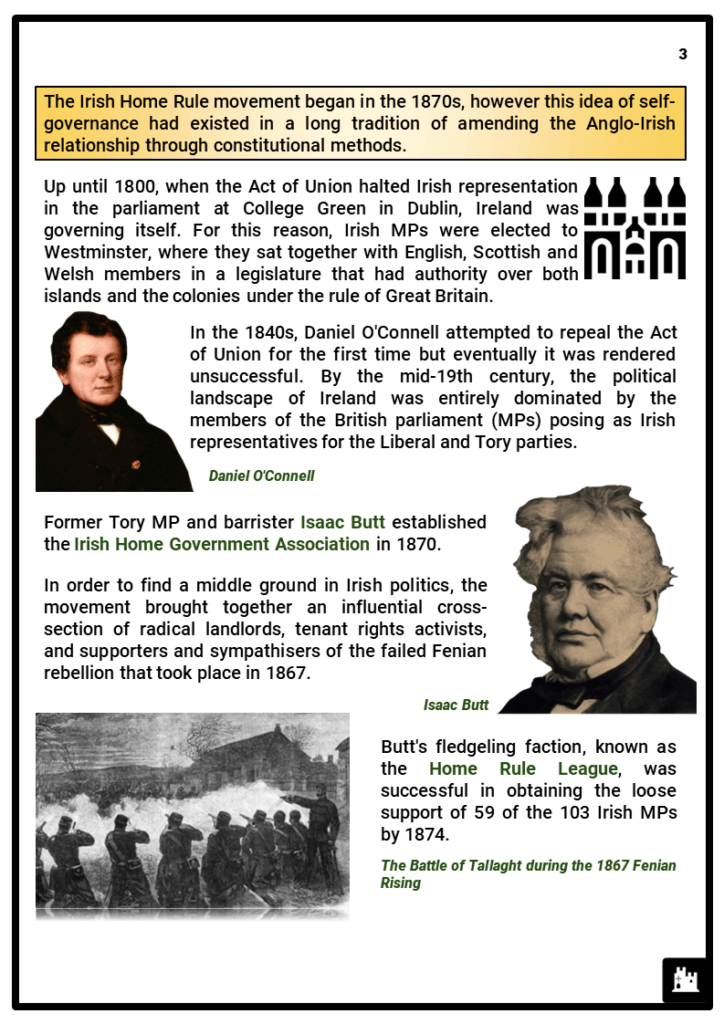 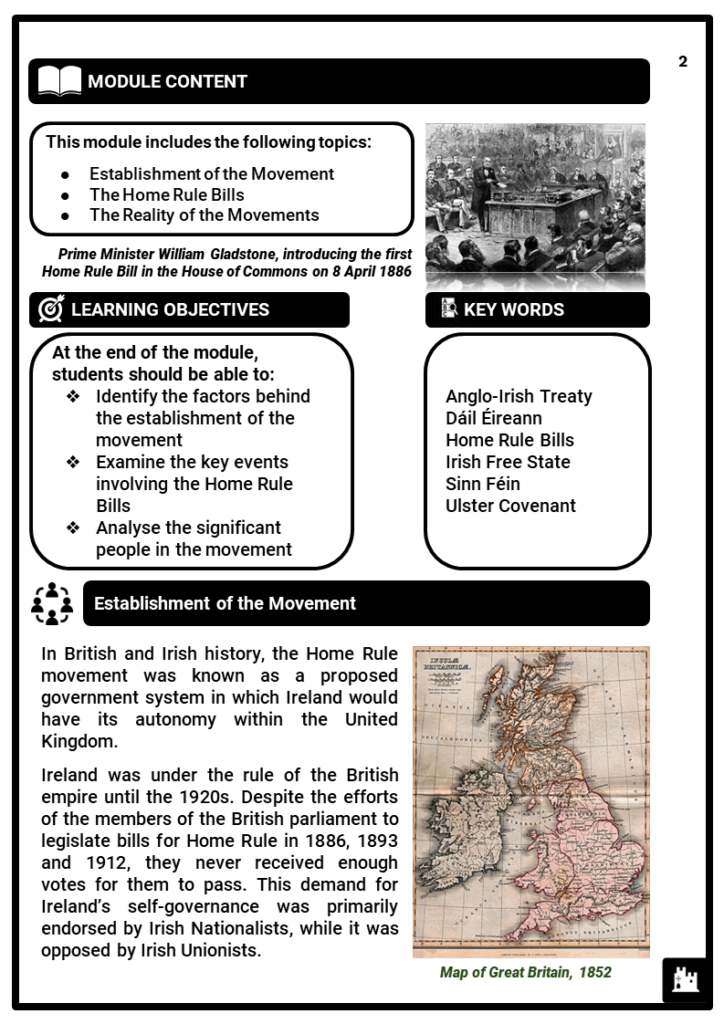