Do you want to save dozens of hours in time? Get your evenings and weekends back? Be fully prepared to teach any China’s Qing Dynasty KS3 topic?

Every China’s Qing Dynasty topic is covered, and each module comes complete with:

From the 17th to the 20th centuries, China was ruled by the Qing dynasty. It was the last imperial dynasty to rule China as it was replaced by the Republic of China in 1912. During its three-centuries-long reign, the Qing dynasty ruled the fifth largest empire in the world which spanned the entirety of modern-day mainland China, Hainan, Taiwan, Mongolia, outer Manchuria and outer northwest China. They governed using Confucian styles and institutions, and exerted a tributary system on surrounding countries, including Korea and Vietnam, and annexed Tibet and Mongolia. While the dynasty reached its peak in the late 18th century, it then began to fall into decline as a result of international challenges, revolts from within, rapid population growth, disruptions to the economy, issues of corruption, and an unwillingness of the monarchy to adapt to the changing times.

Learn more about the Qing dynasty, including its founding, life under Qing China, and the decline of the dynasty with our KS3 resources. You’ll find Student Activities, Lesson Presentation, and Revision Notes ready to download below. KS3 resources are ideally suited for Years 7, 8 and 9, or ages 11-14. 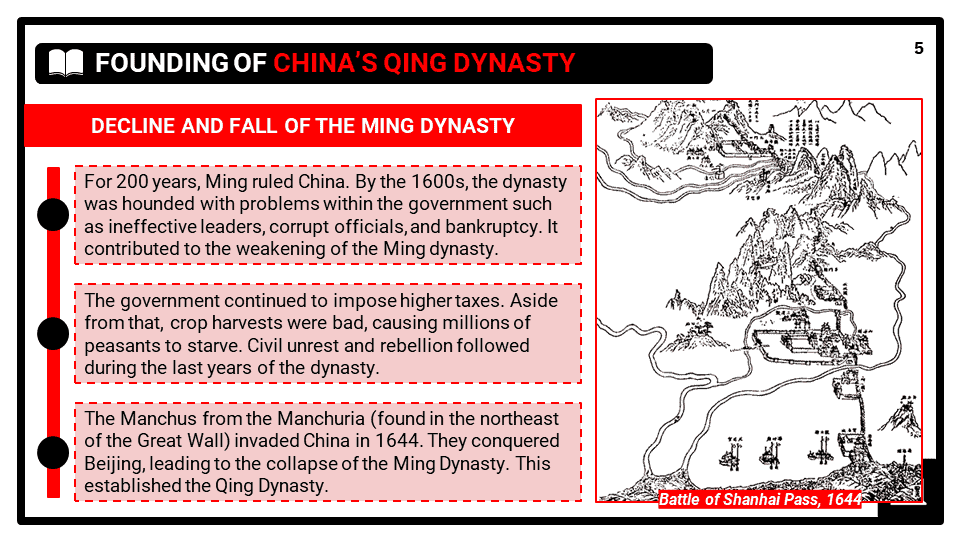 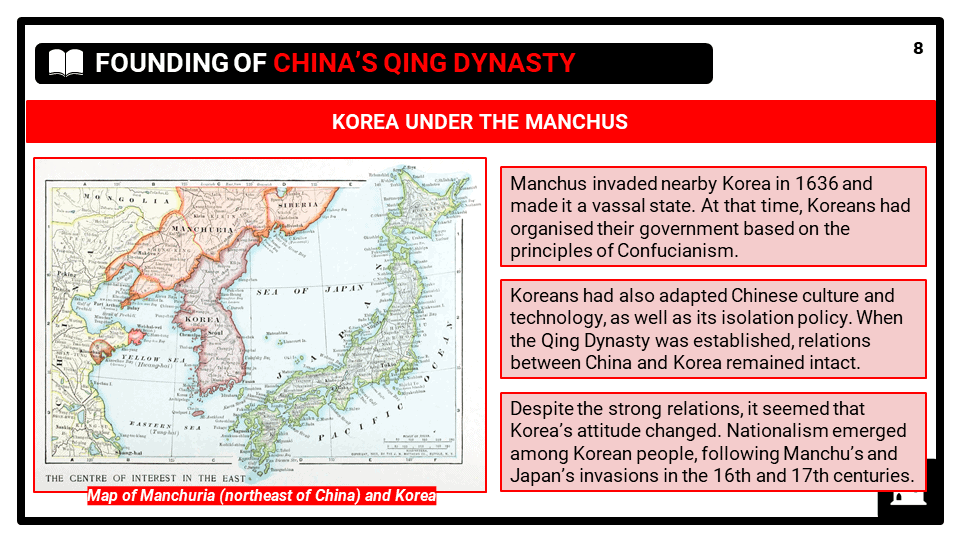 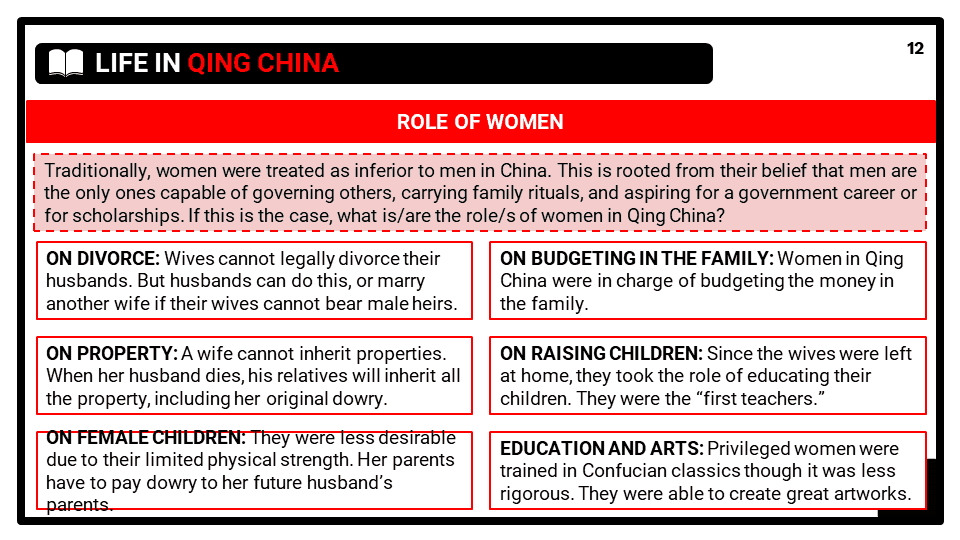 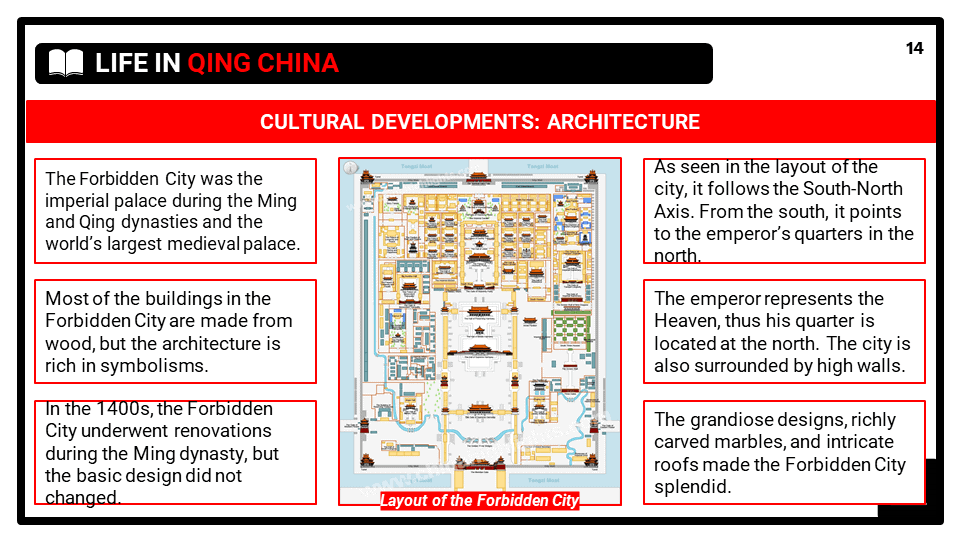 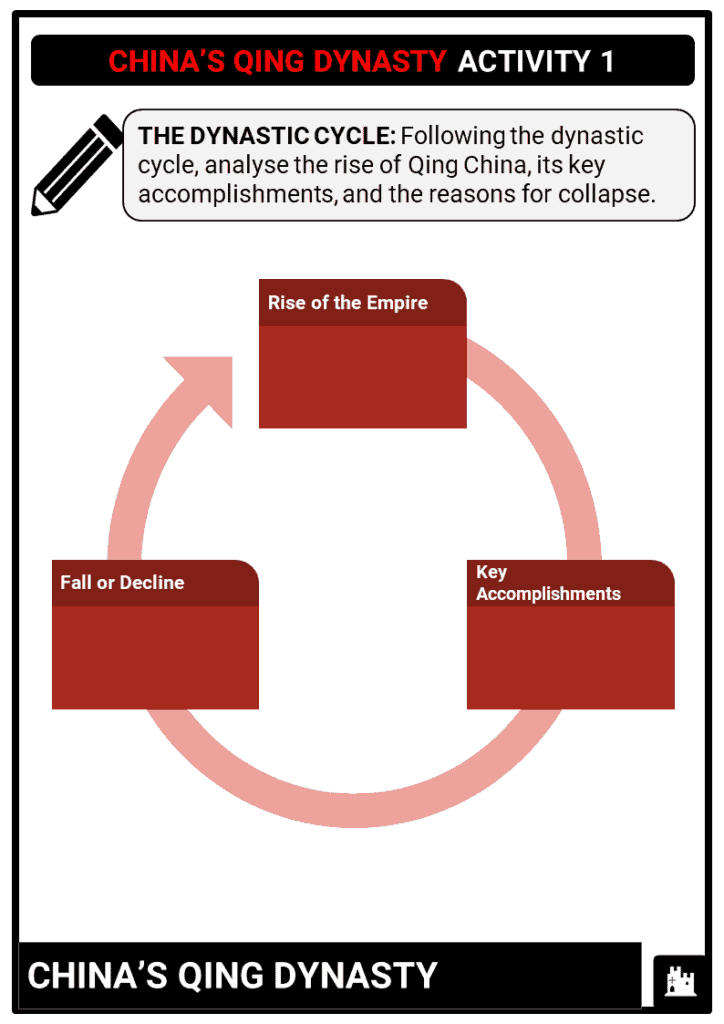 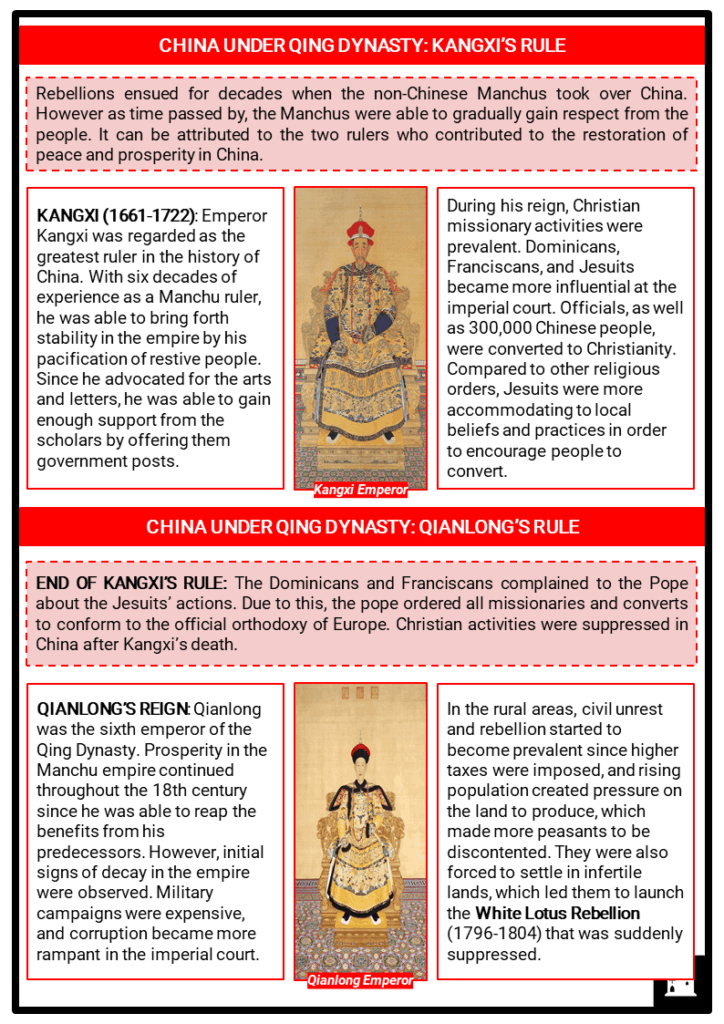 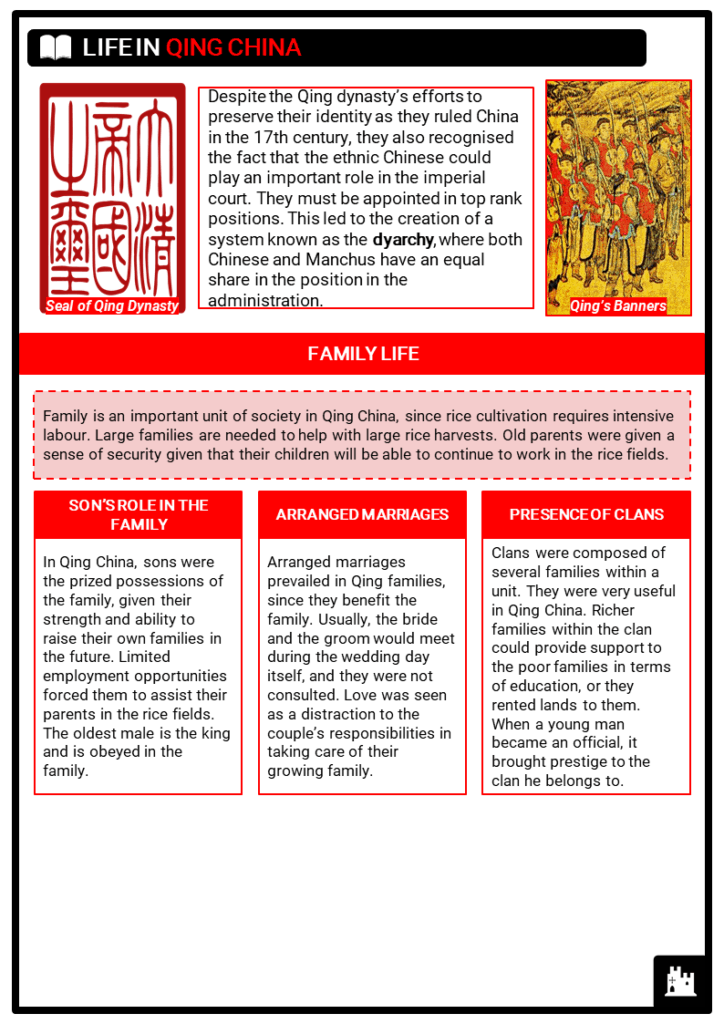