Do you want to save dozens of hours in time? Get your evenings and weekends back? Be fully prepared to teach any International Relations KS3 topic?

Every International Relations topic is covered, and each module comes complete with:

Throughout human history, conflicts have both occurred and been avoided through relations between different nations. In more recent times, international relations has come to be the study of the interconnectedness of politics, economics and law as the globe becomes increasingly smaller and nations more interdependent. It can be argued that international relations became formalised after WWI, wherein the League of Nations was established in order to mediate disputes between countries in the hopes of avoiding another global conflict. Though ultimately unsuccessful and dissolved in 1946, the League of Nations proved the importance of International Relations in the 20th and 21st centuries, with the United Nations now acting in a similar role to safeguard international law, global finance, economic development, sustainability, and human rights.

Learn more about International Relations and the League of Nations with our KS3 resources covering the diplomatic reasons for the outbreak of WWI, the formation of the organisation, the rise of the United Nations, and how both World Wars came to affect international relations, even today. You’ll find Student Activities, Lesson Presentation, and Revision Notes ready to download below. KS3 resources are ideally suited for Years 7, 8 and 9, or ages 11-14. 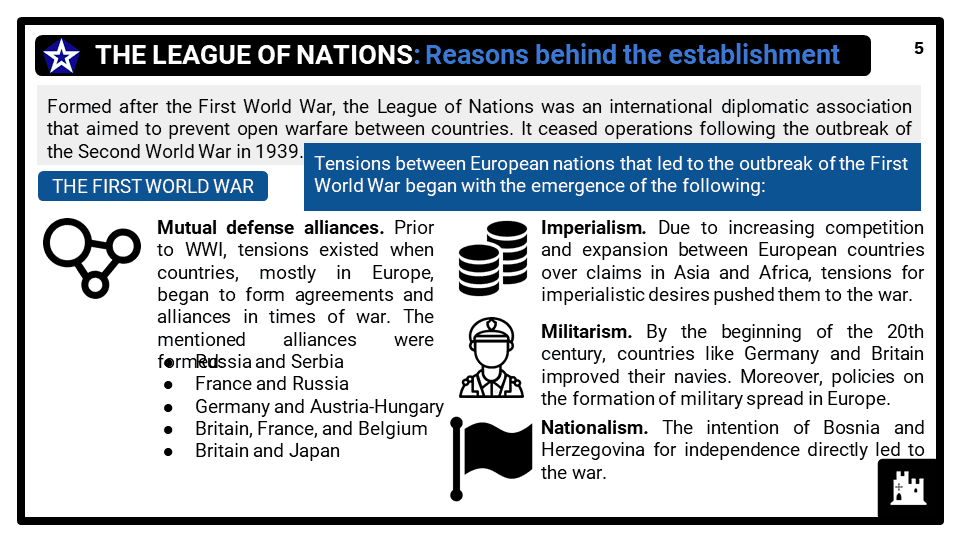 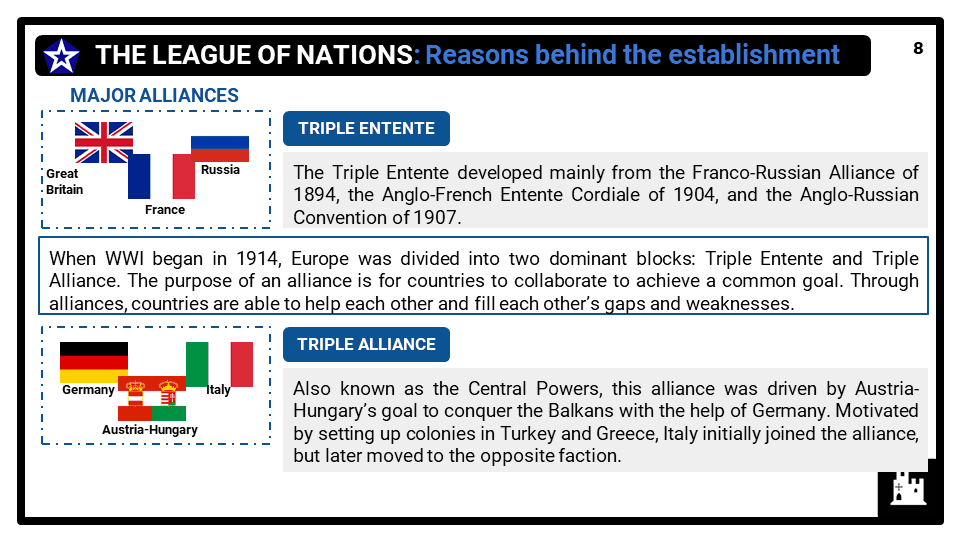 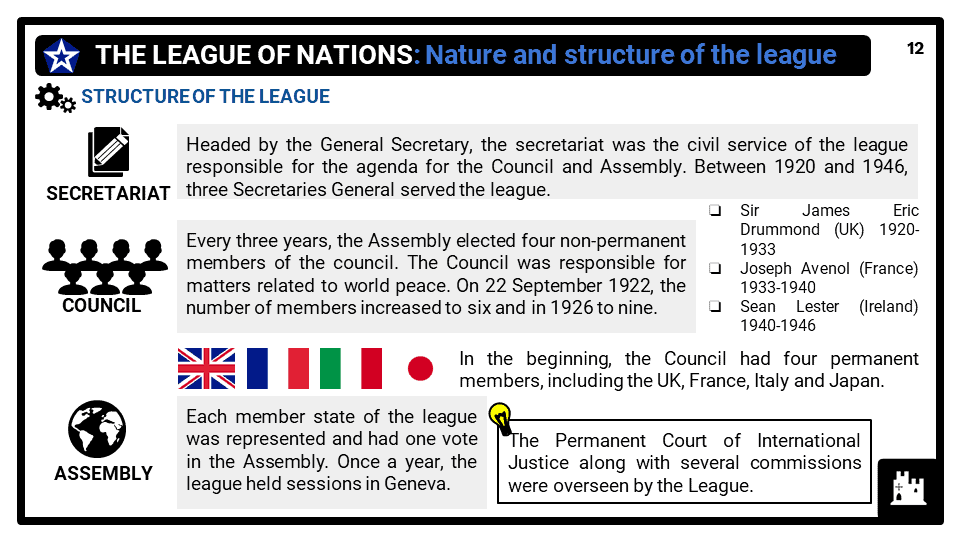 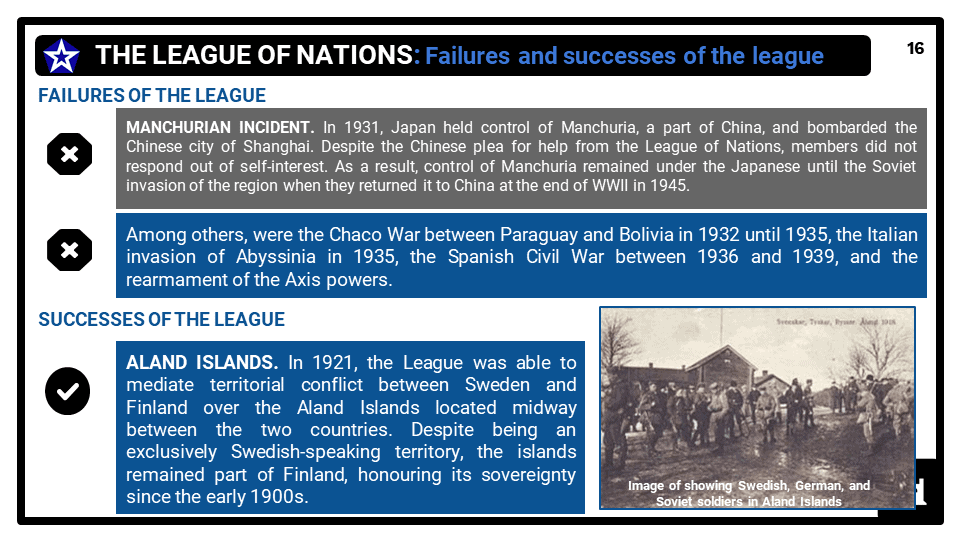 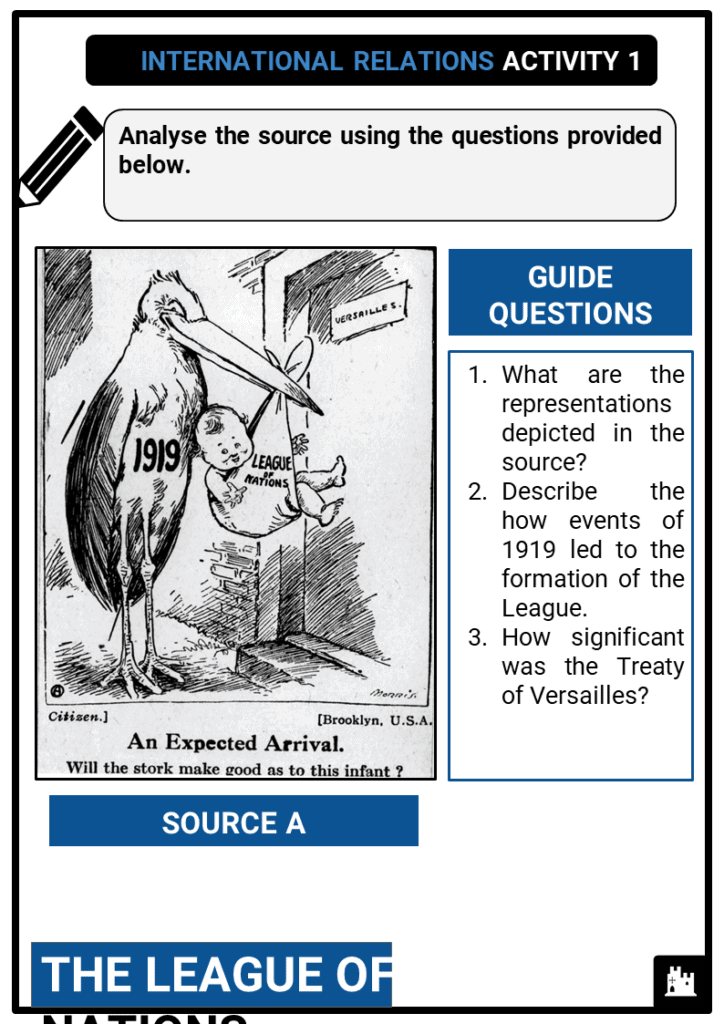 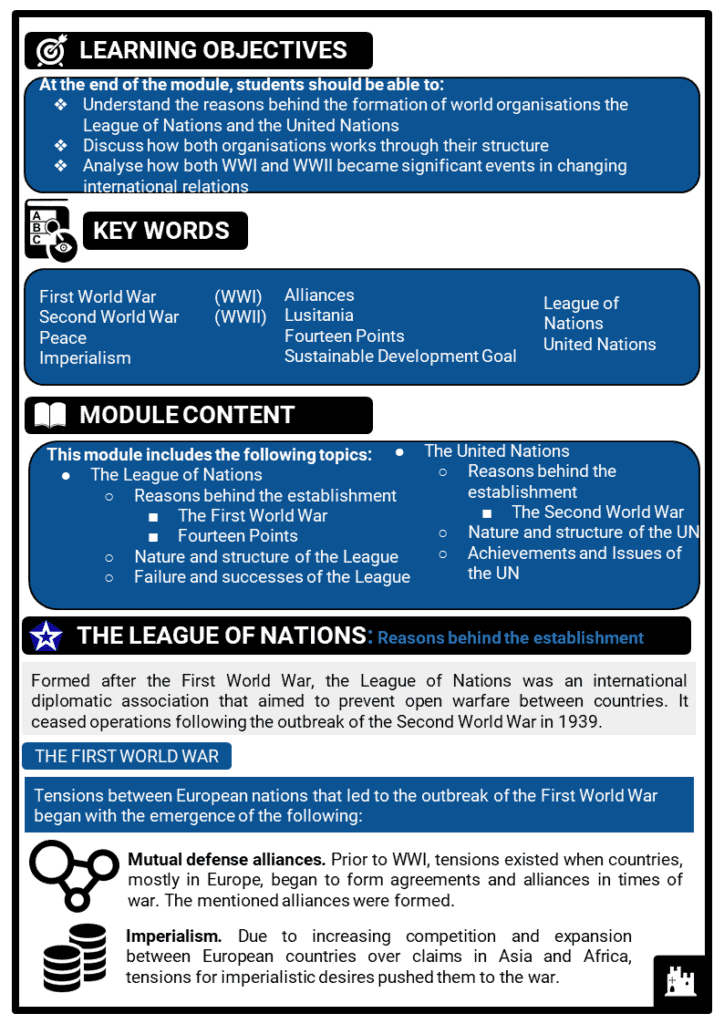 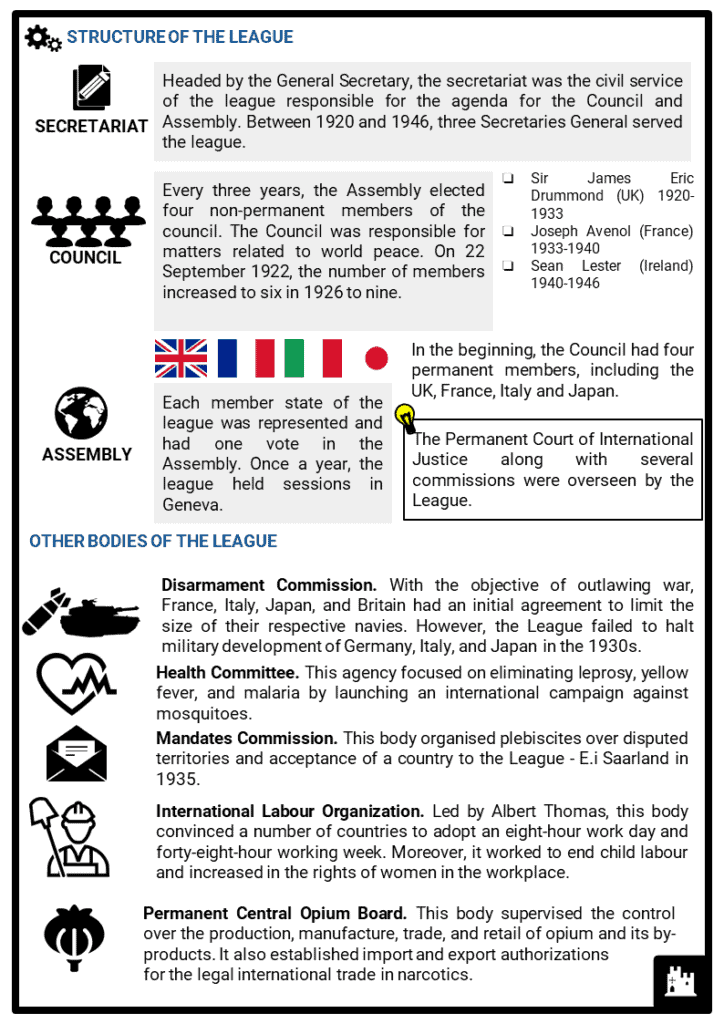