Do you want to save dozens of hours in time? Get your evenings and weekends back? Be fully prepared to teach any Vietnam War KS3 topic?

Every Vietnam War topic is covered, and each module comes complete with:

The Vietnam War was an ideological conflict that took place from November 1955 to April 1975 during which time South Vietnam in alliance with the United States fought against Communist North Vietnam that was supported by the USSR and China. As such, it is regarded by many historians as a Cold War-era proxy war. The Vietnam War is controversial for many reasons, including America’s involvement, massacres of thousands of Vietnamese, use of chemical weapons like Agent Orange, and highly destructive defoliants such as Napalm. As the war dragged on with no real ground being gained over the North, American civilians grew increasingly dissatisfied with US involvement and conscription.

Learn more about the Vietnam War, including its historical context in the form of the end of French colonial rule and the First Indo-China War, significant battles and key events of the Vietnam War, the involvement of the US, tactics used by Vietcong, and the political implications of the conflict with our KS3 resources. You’ll find Student Activities, Lesson Presentation, and Revision Notes ready to download below. KS3 resources are ideally suited for Years 7, 8 and 9, or ages 11-14. 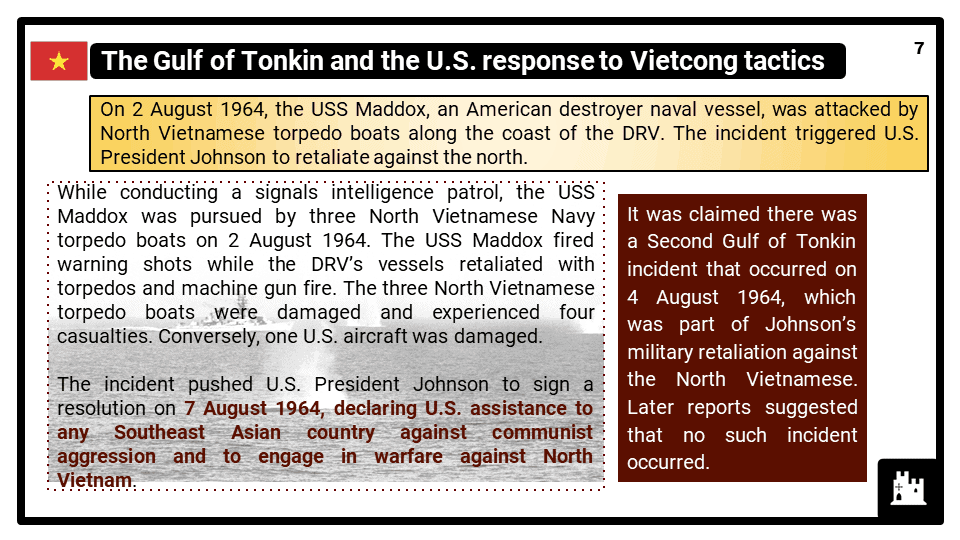 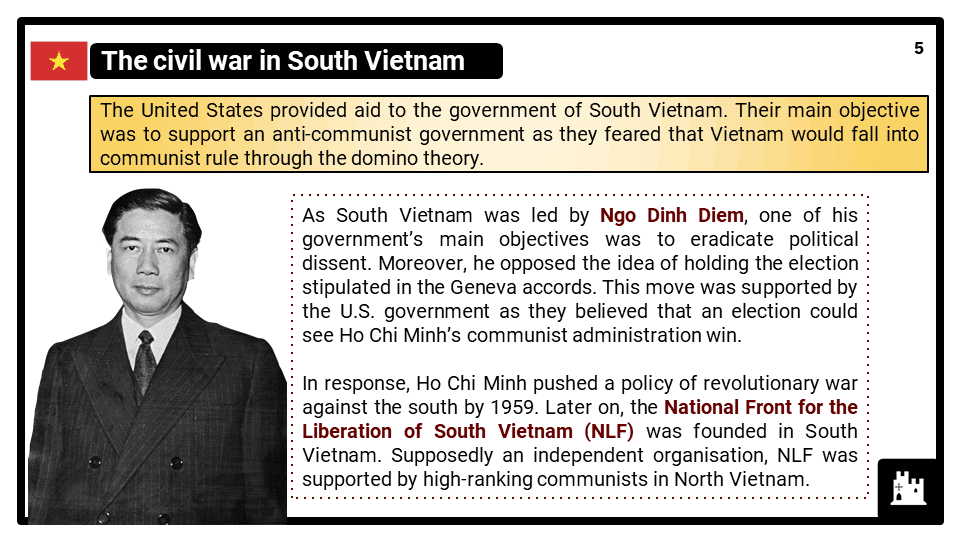 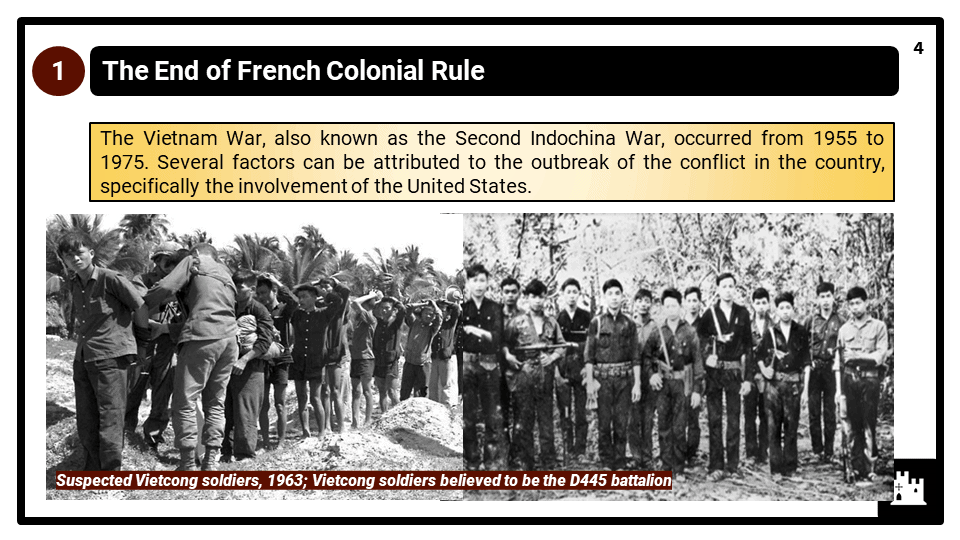 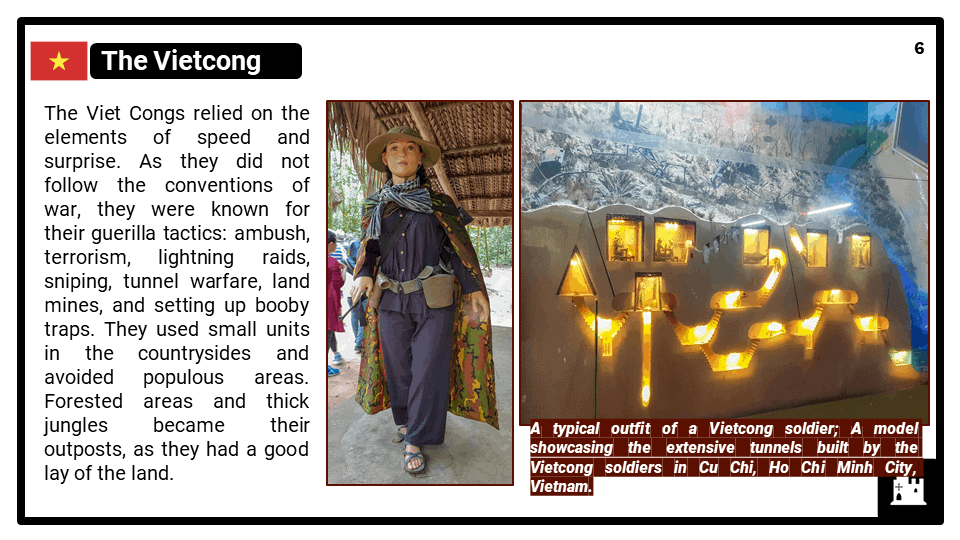 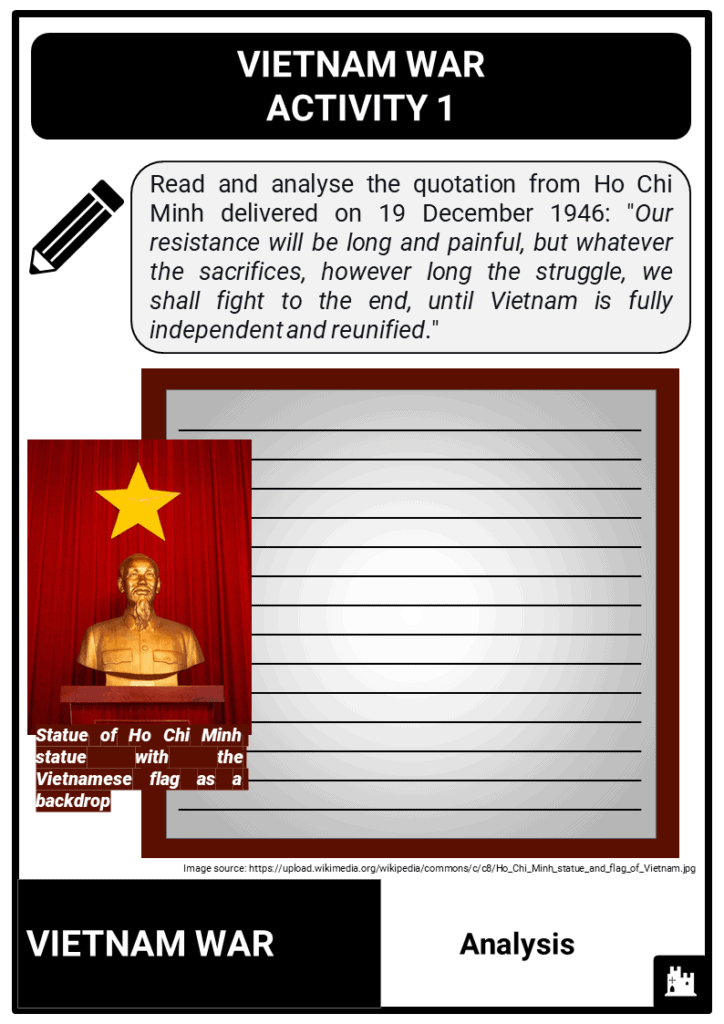 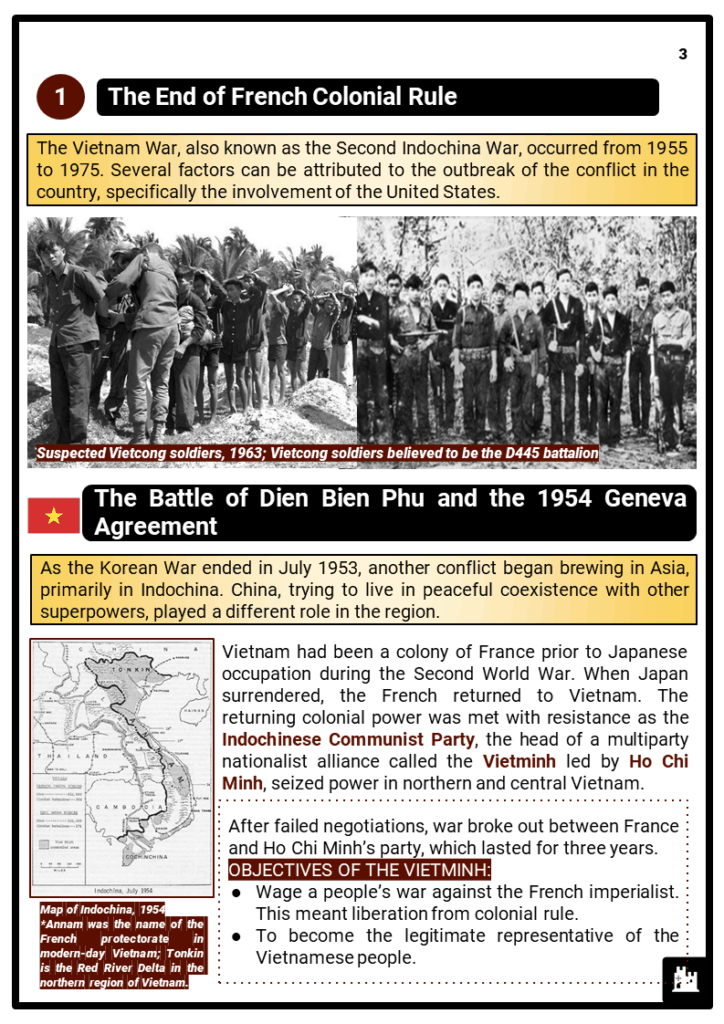 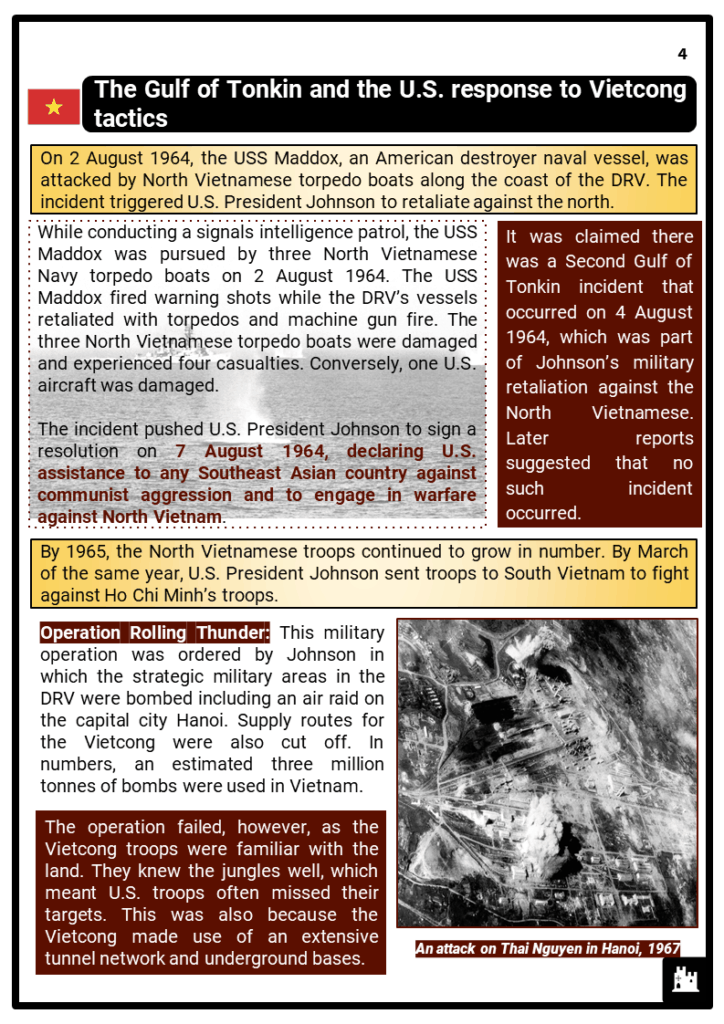