School History > Medieval > 1066 Who Should Be King?
Free 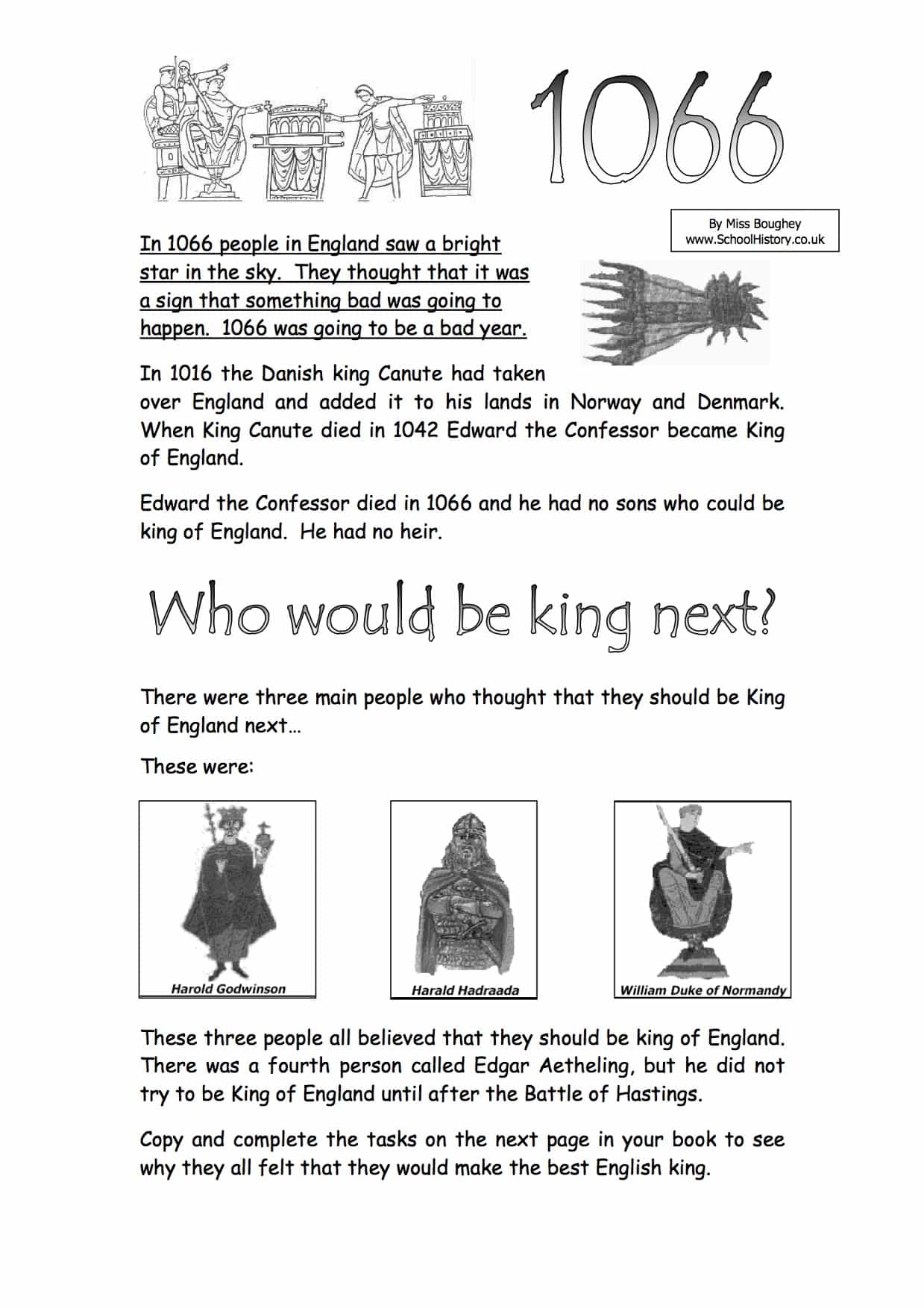 In 1066 people in England saw a bright star in the sky. They thought that it was a sign that something bad was going to happen. 1066 was going to be a bad year.

In 1016 the Danish king Canute had taken over England and added it to his lands in Norway and Denmark. When King Canute died in 1042 Edward the Confessor became King of England.

Edward the Confessor died in 1066 and he had no sons who could be king of England. He had no heir.