Edward I of England Facts & Worksheets

Do you want to save dozens of hours in time? Get your evenings and weekends back? Be able to teach about Edward I of England to your students? 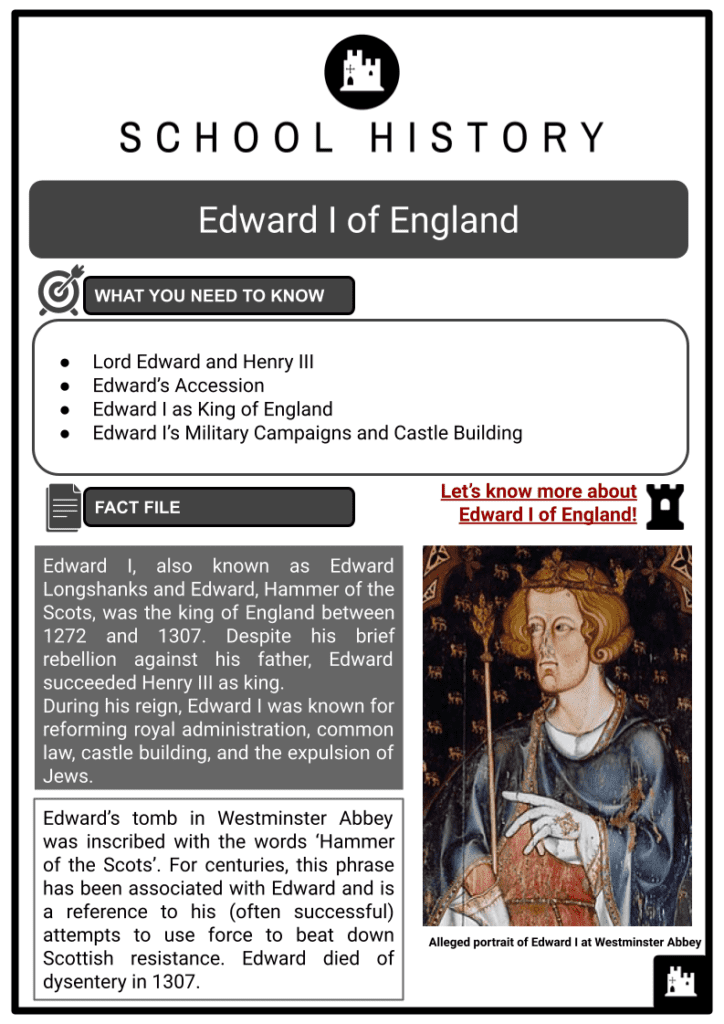 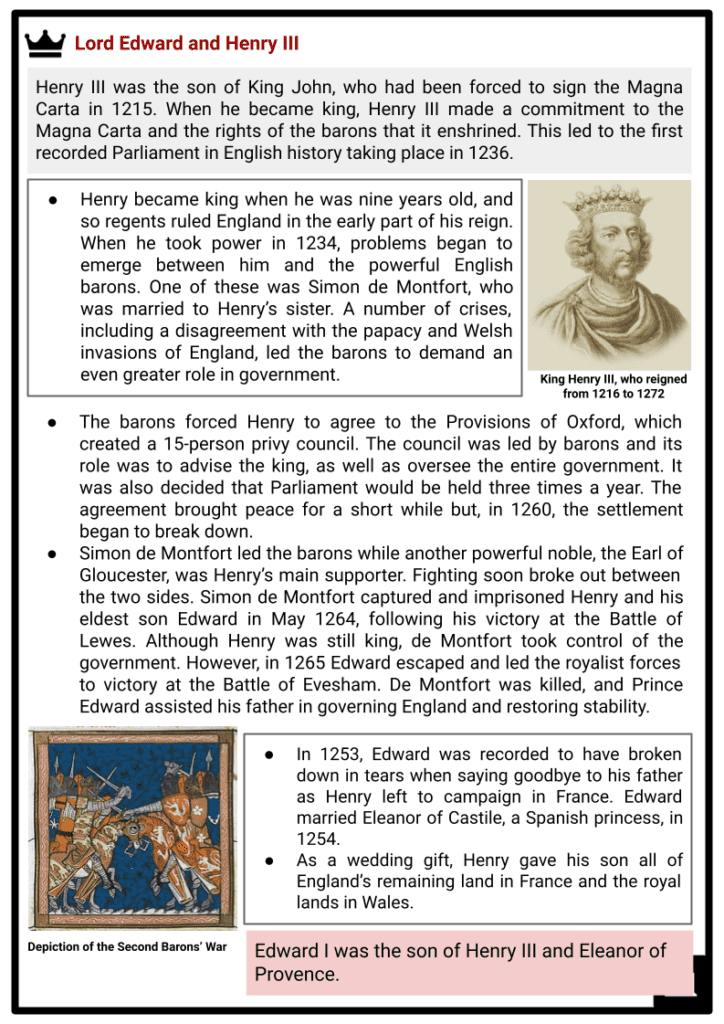 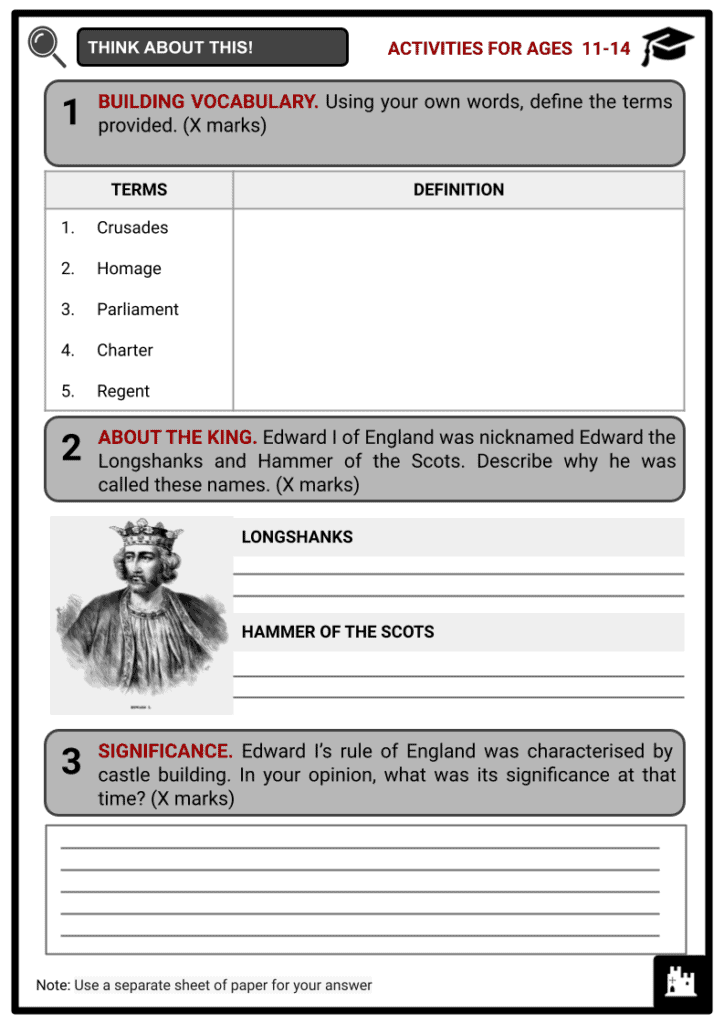 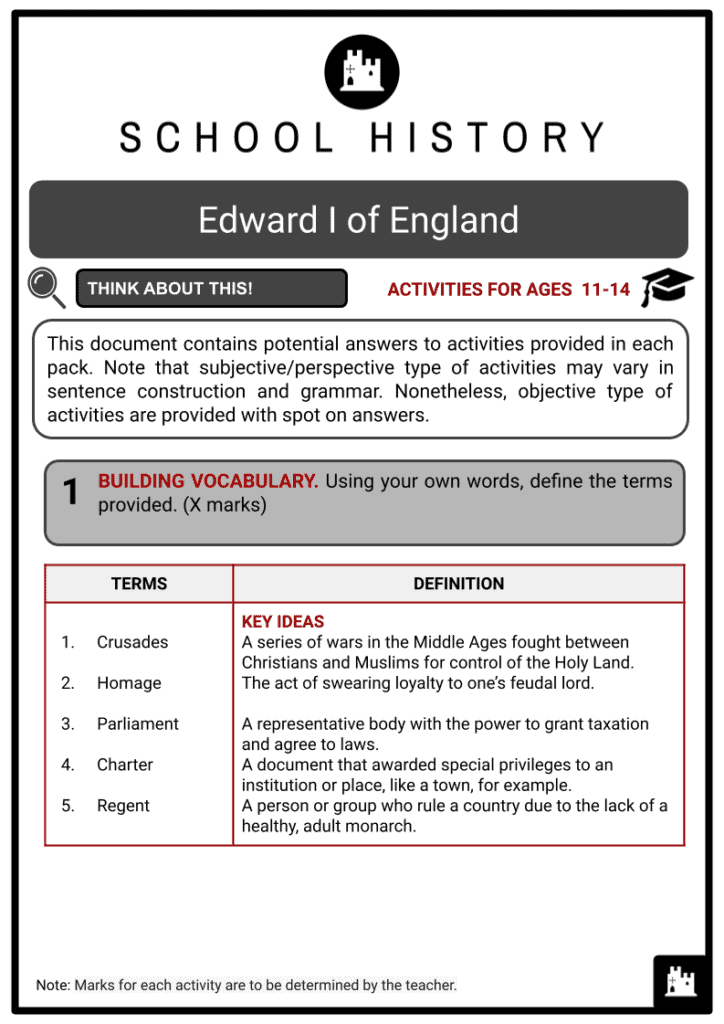 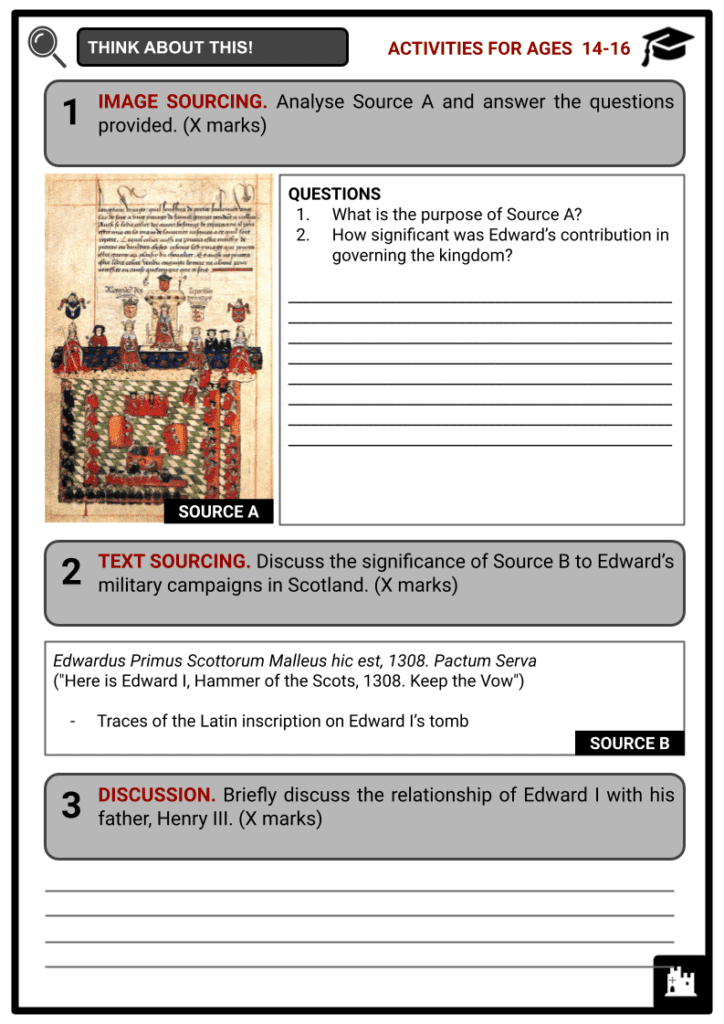 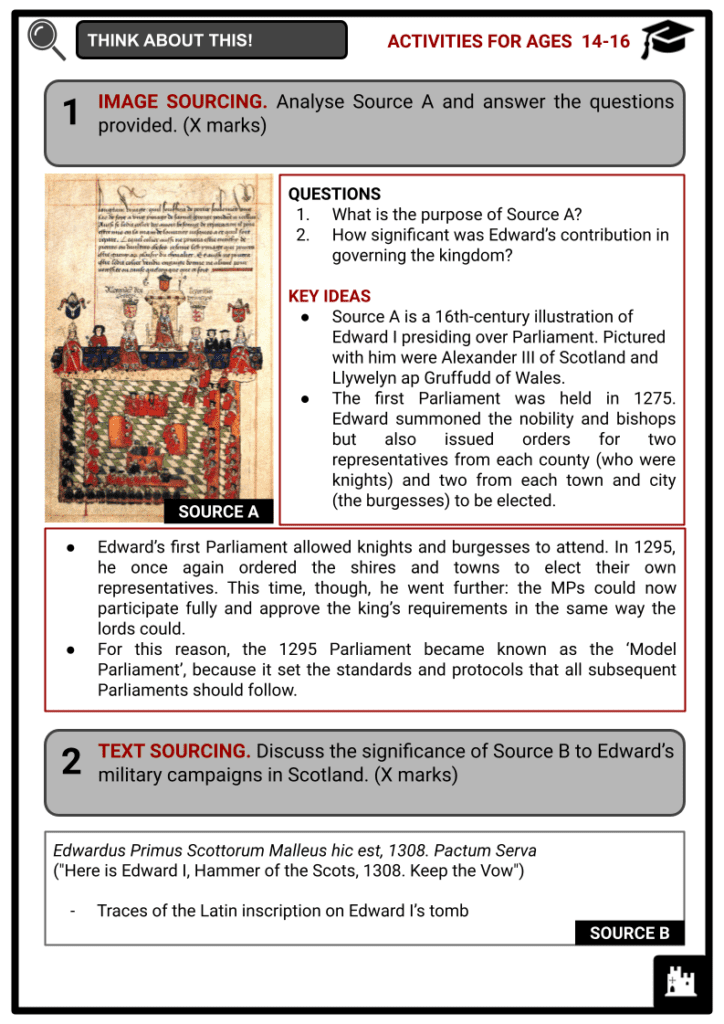 Let’s find out more about Edward I of England!

Edward I, also known as Edward Longshanks and Edward, Hammer of the Scots, was the king of England between 1272 and 1307. Despite his brief rebellion against his father, Edward succeeded Henry III as king.

During his reign, Edward I was known for reforming royal administration, common law, castle building, and the expulsion of Jews.

Edward’s tomb in Westminster Abbey was inscribed with the words "Hammer of the Scots." For centuries, this phrase has been associated with Edward and is a reference to his (often successful) attempts to use force to beat down Scottish resistance. Edward died of dysentery in 1307.

Edward I as King of England