Do you want to save dozens of hours in time? Get your evenings and weekends back? Be able to teach about Edward III of England to your students? 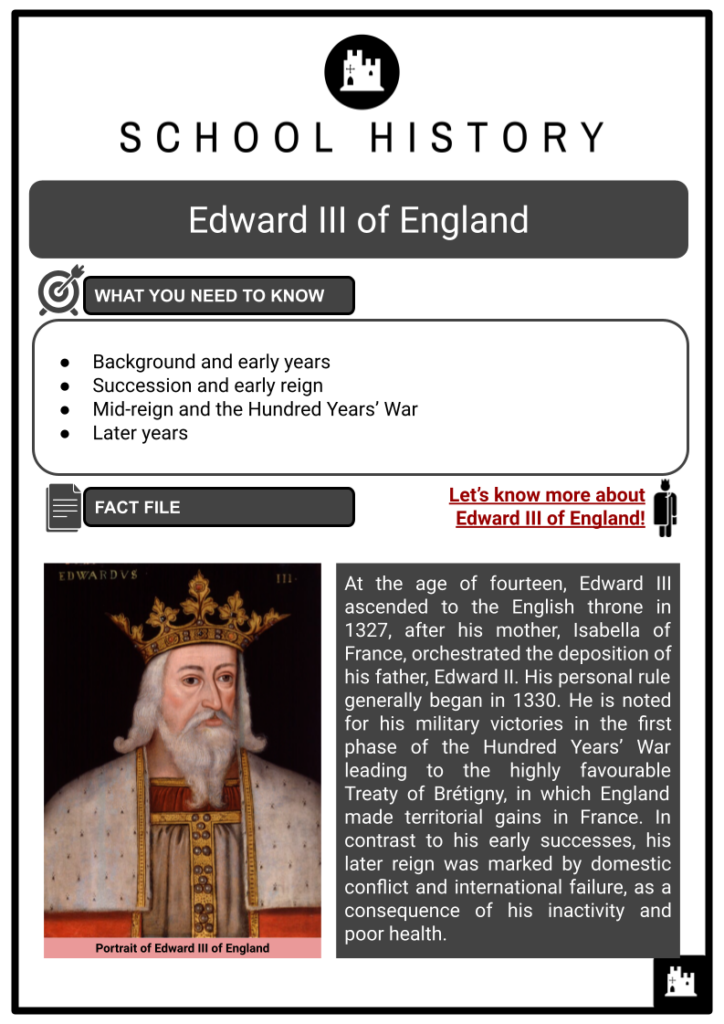 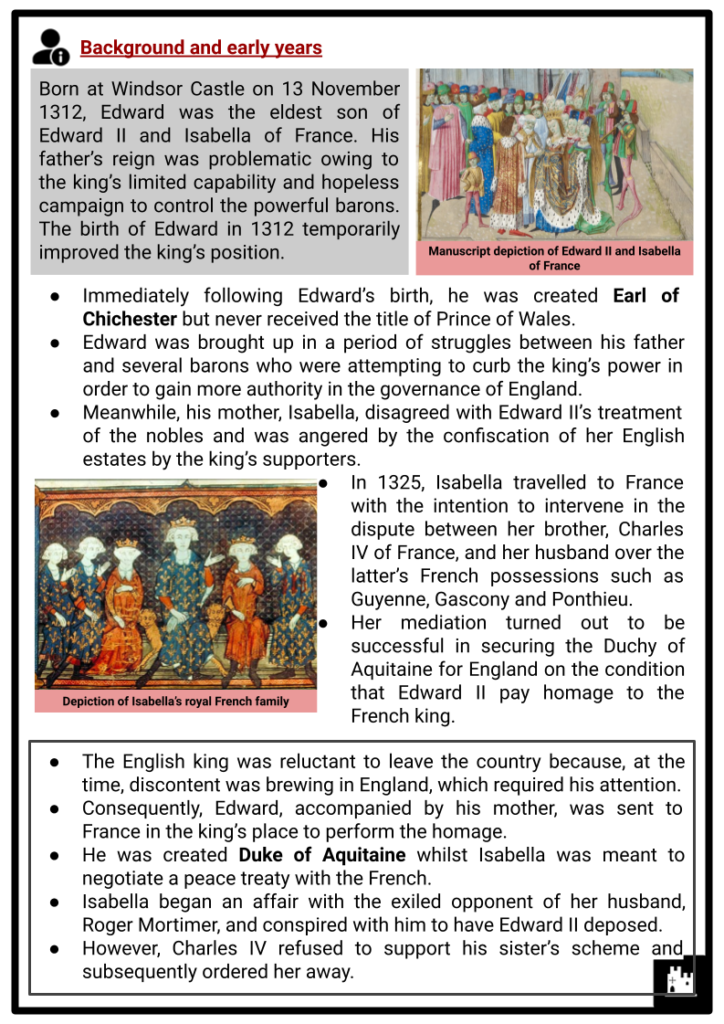 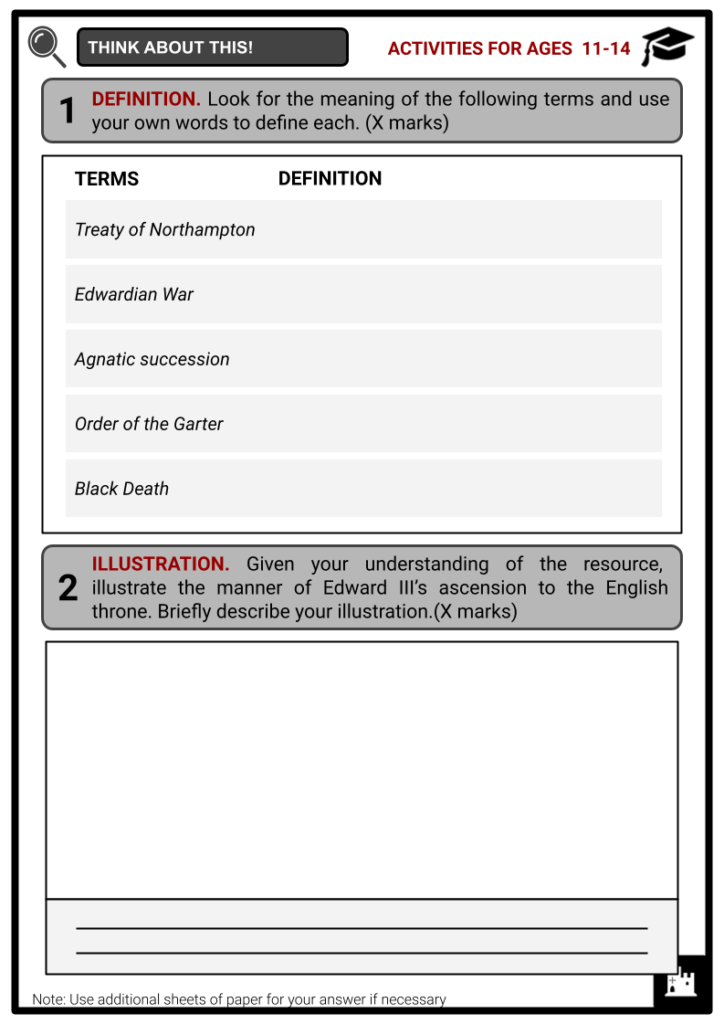 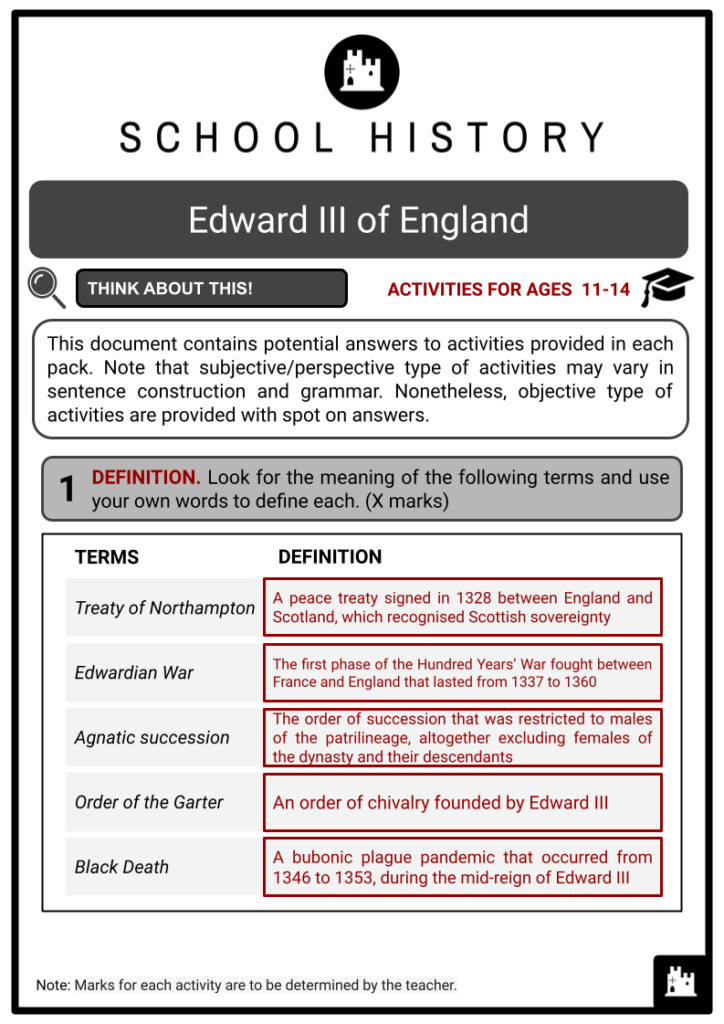 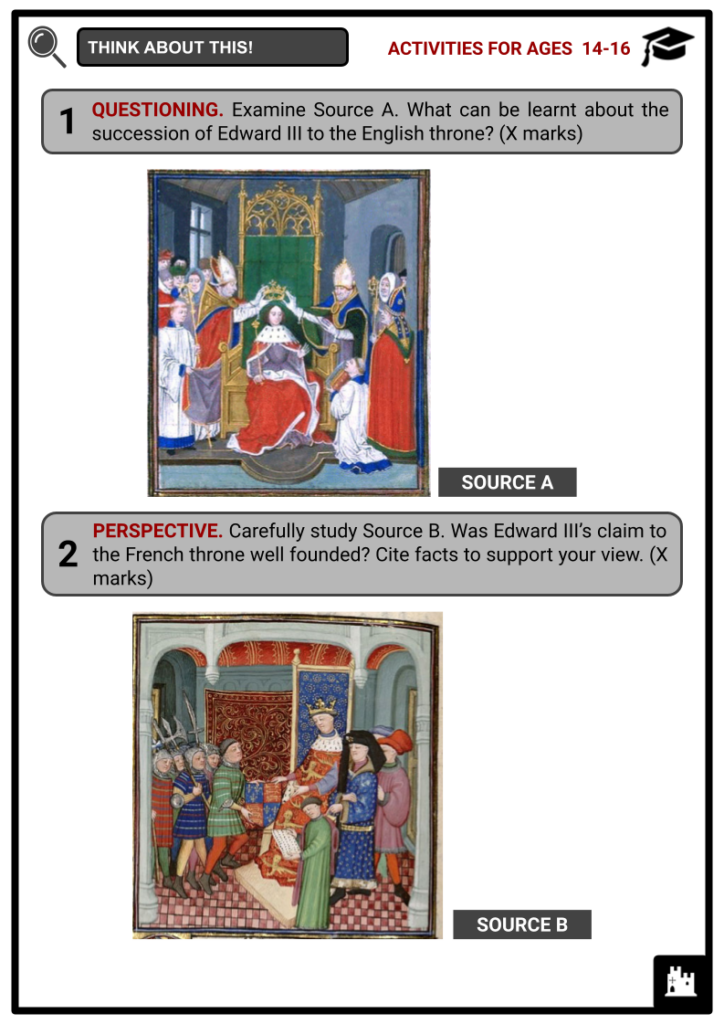 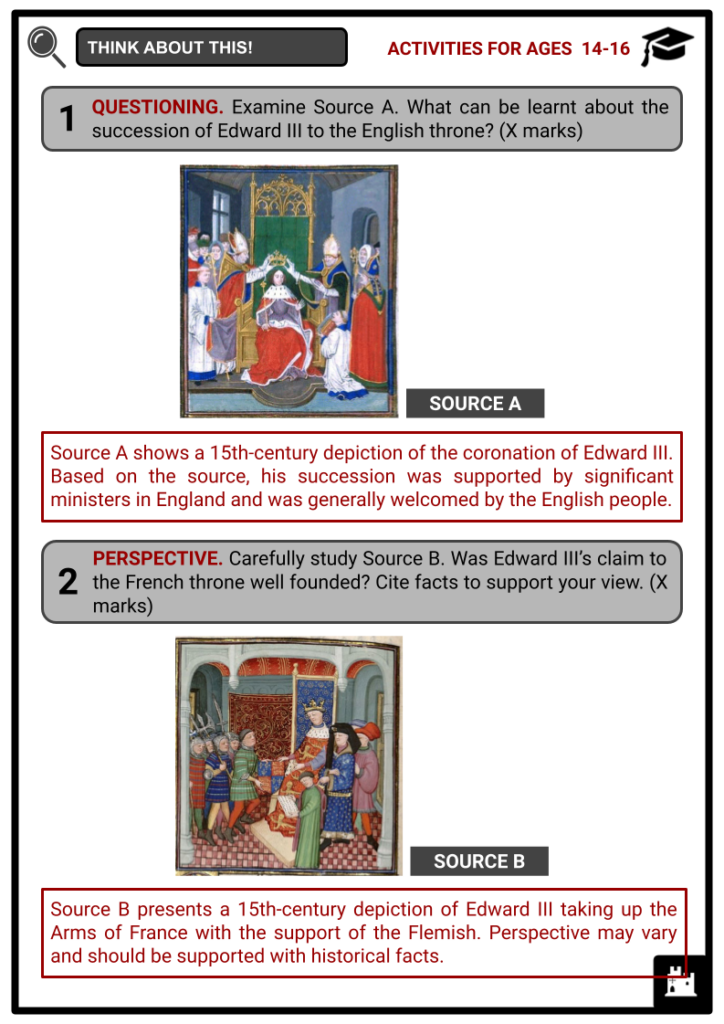 Let’s find out more about Edward III of England!

At the age of fourteen, Edward III ascended to the English throne in 1327, after his mother, Isabella of France, orchestrated the deposition of his father, Edward II. His personal rule generally began in 1330. He is noted for his military victories in the first phase of the Hundred Years’ War leading to the highly favourable Treaty of Brétigny, in which England made territorial gains in France. In contrast to his early successes, his later reign was marked by domestic conflict and international failure, as a consequence of his inactivity and poor health.

Mid-reign and the Hundred Years’ War