Do you want to save dozens of hours in time? Get your evenings and weekends back? Be able to teach about Edward IV of England to your students? 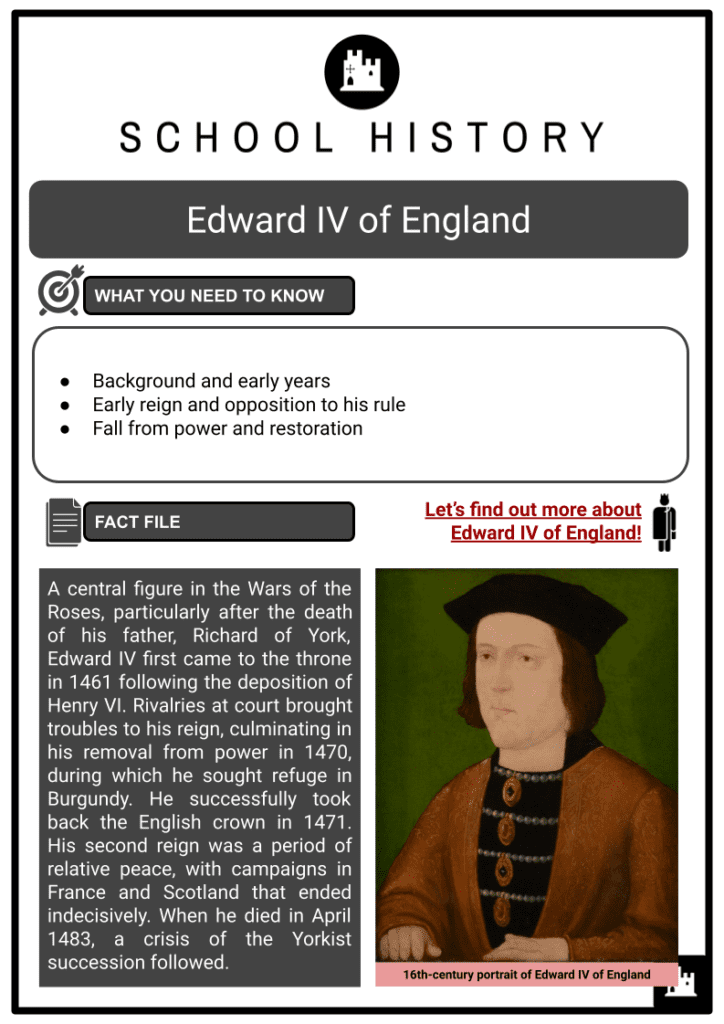 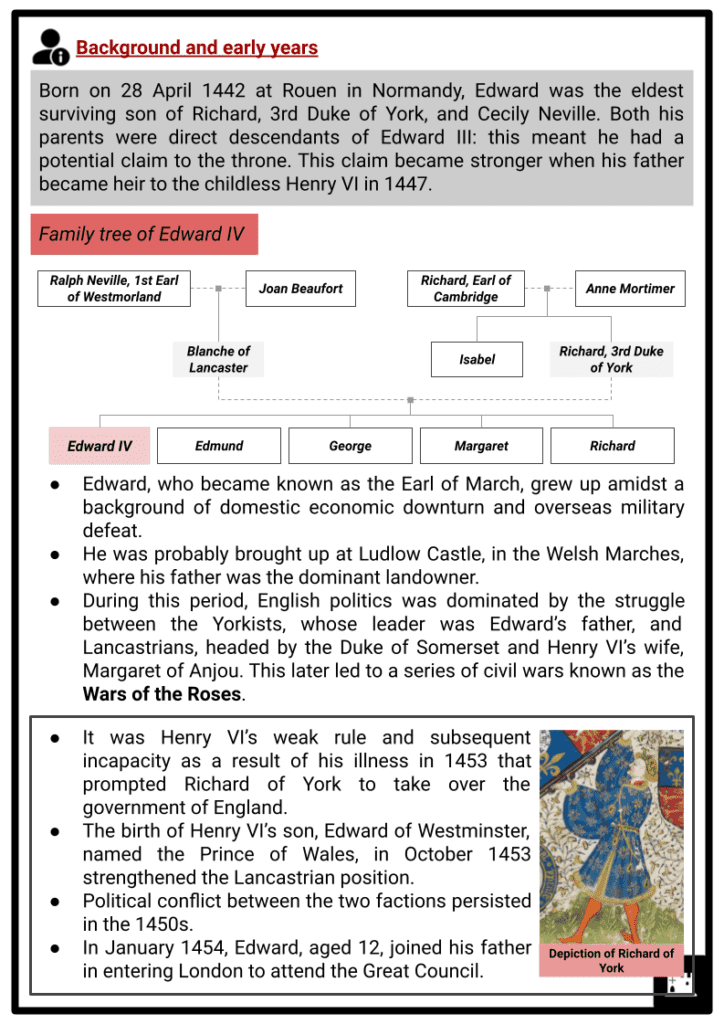 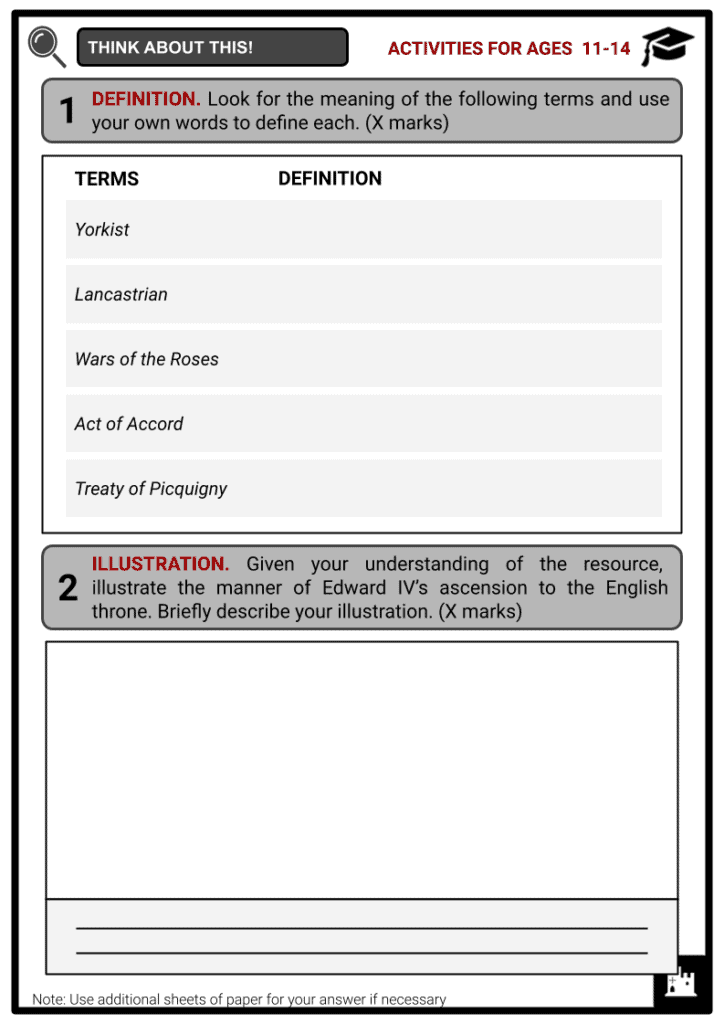 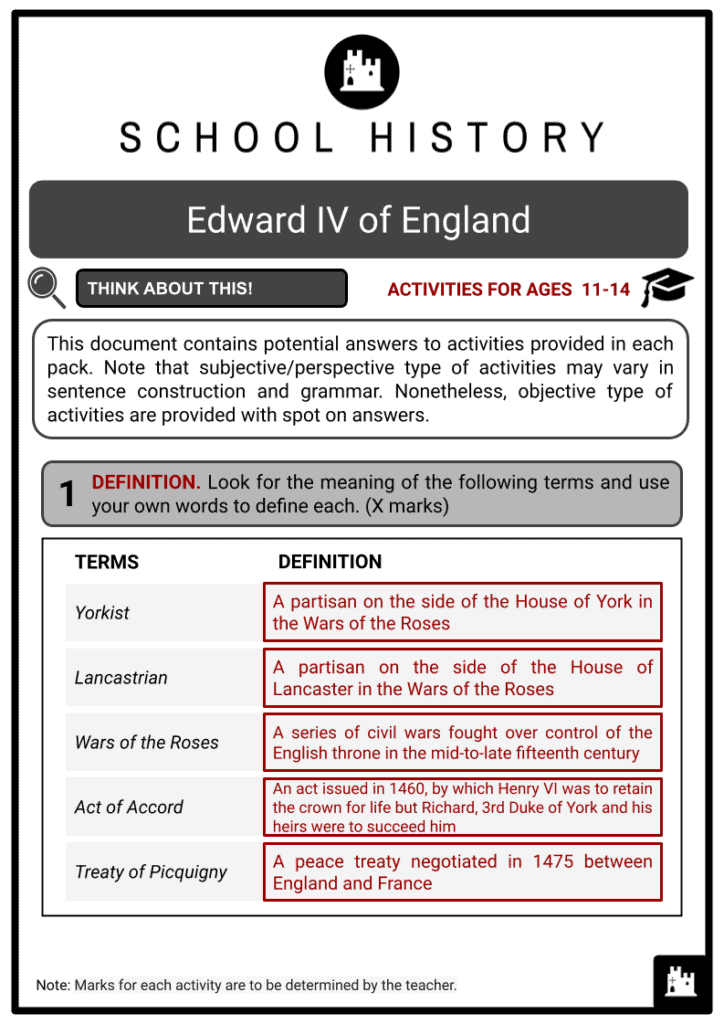 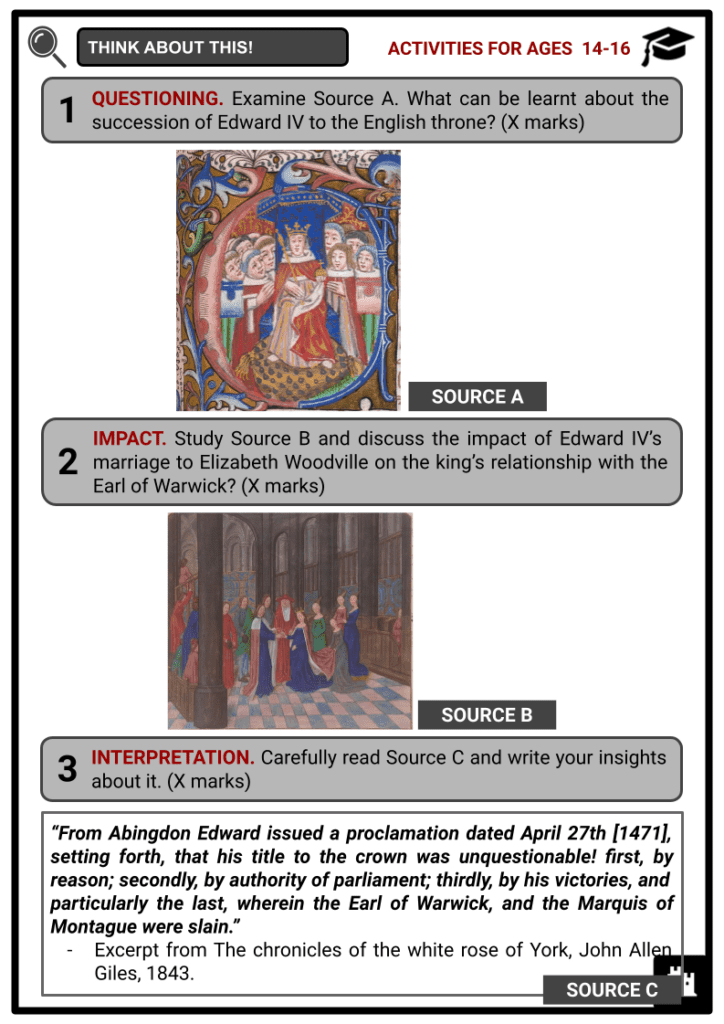 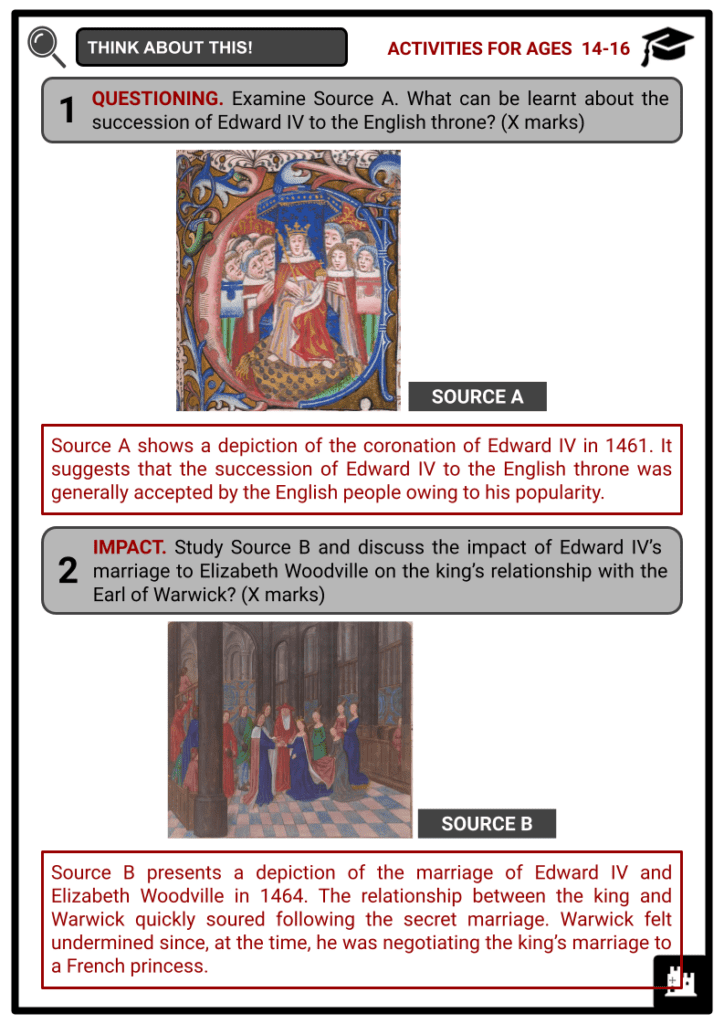 Let’s find out more about Edward IV of England!

A central figure in the Wars of the Roses, particularly after the death of his father, Richard of York, Edward IV first came to the throne in 1461 following the deposition of Henry VI. Rivalries at court brought troubles to his reign, culminating in his removal from power in 1470, during which he sought refuge in Burgundy. He successfully took back the English crown in 1471. His second reign was a period of relative peace, with campaigns in France and Scotland that ended indecisively. When he died in April 1483, a crisis of the Yorkist succession followed.

Early reign and opposition to his rule

Fall from power and restoration