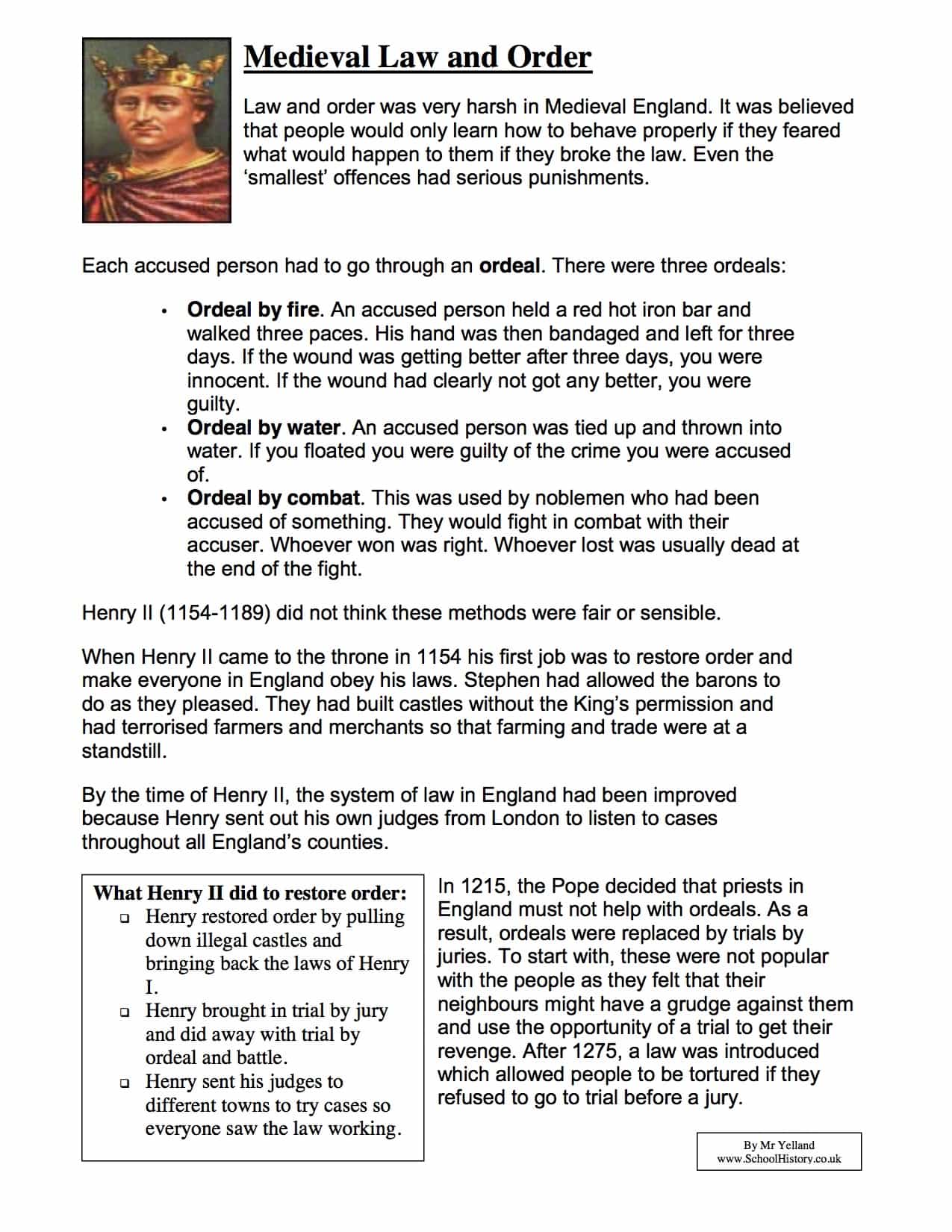 Law and order was very harsh in Medieval England. It was believed that people would only learn how to behave properly if they feared what would happen to them if they broke the law. Even the ‘smallest’ offences had serious punishments.

Each accused person had to go through an ordeal. There were three ordeals: