Do you want to save dozens of hours in time? Get your evenings and weekends back? Be able to teach about Henry V of England to your students? 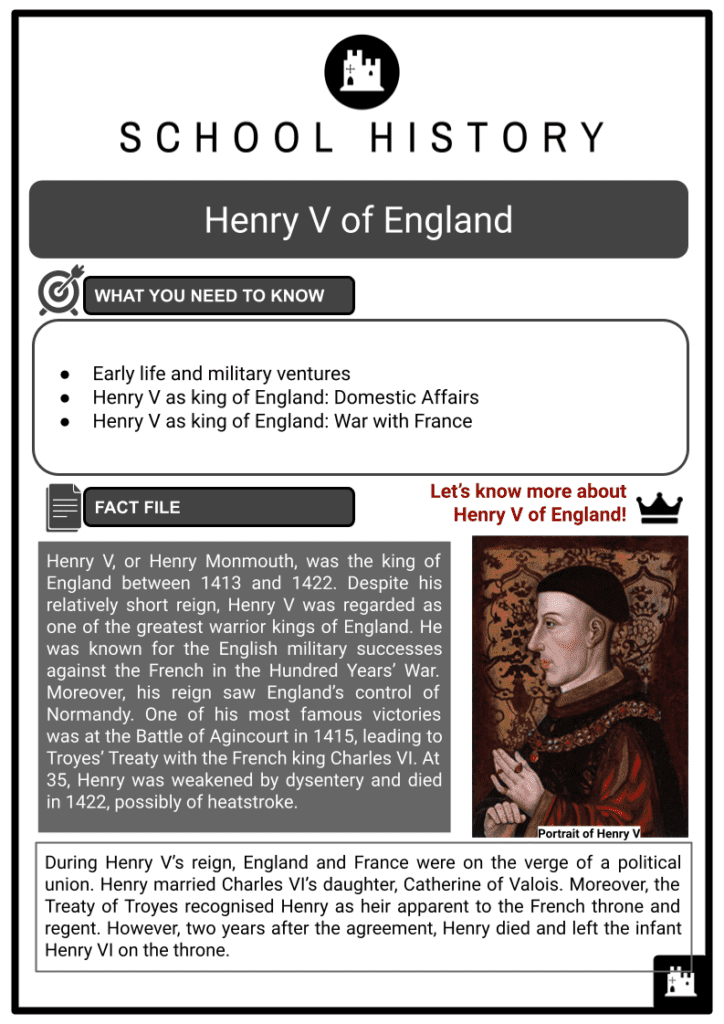 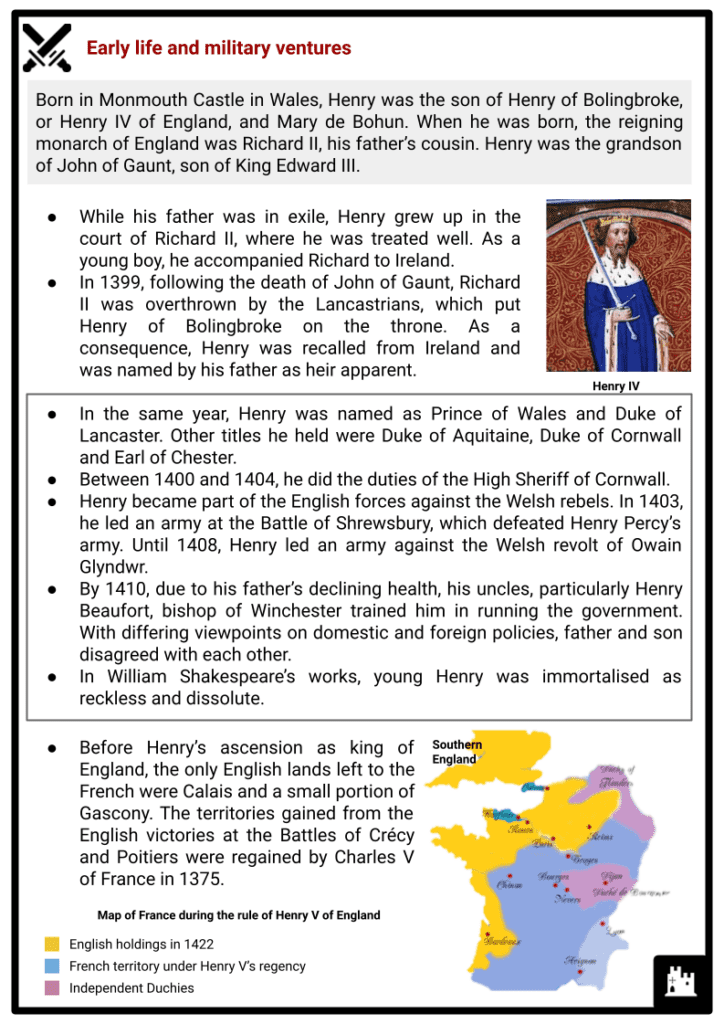 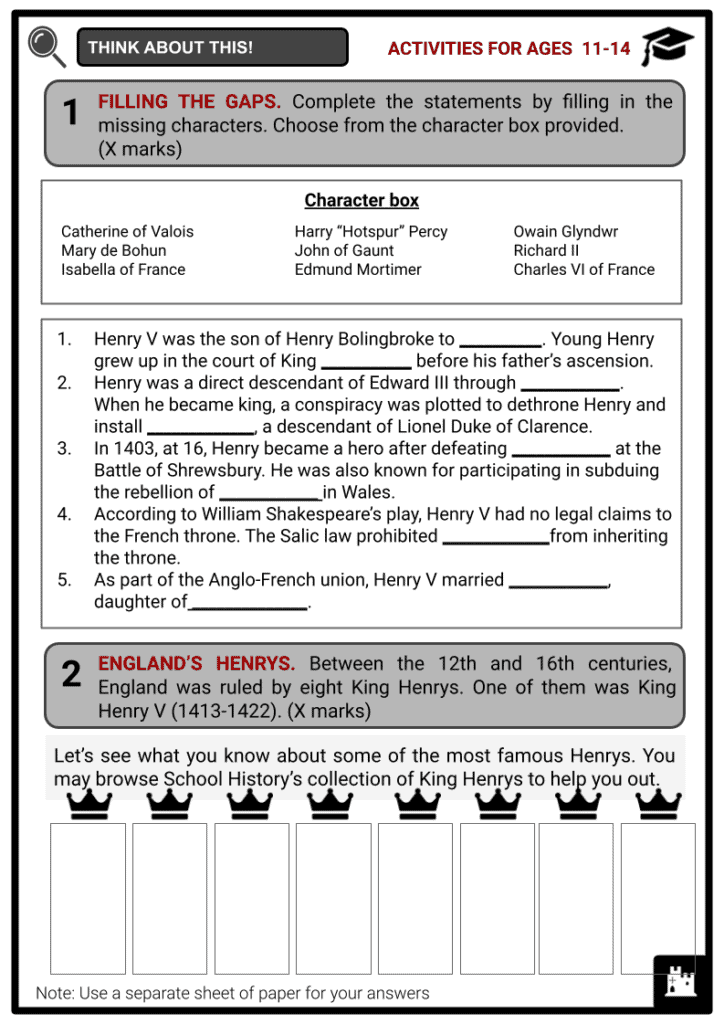 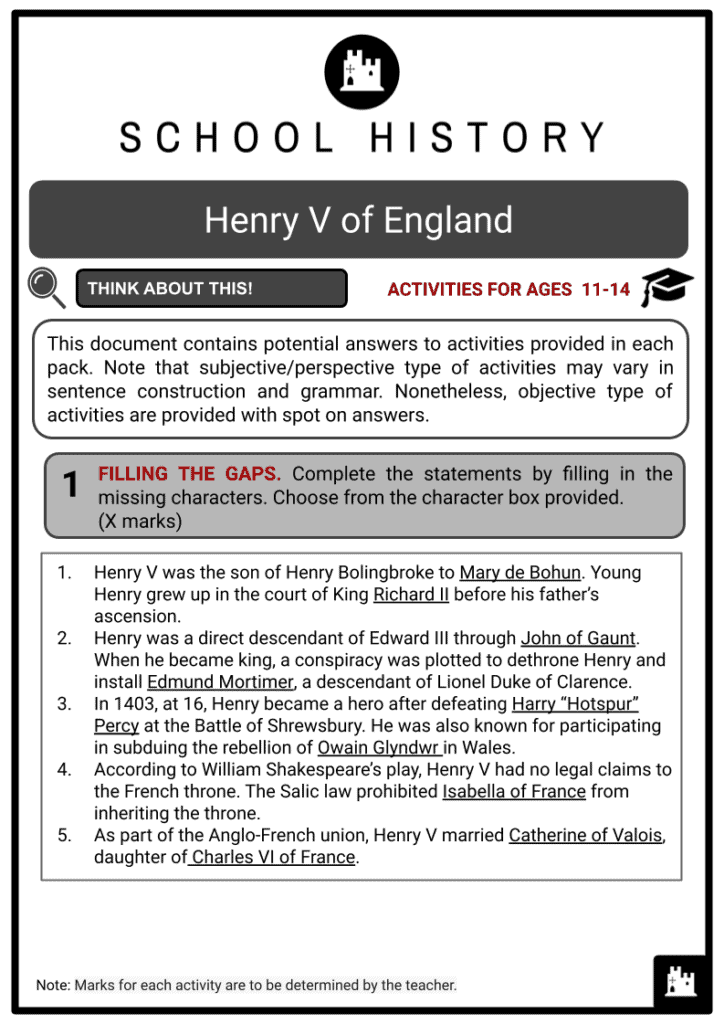 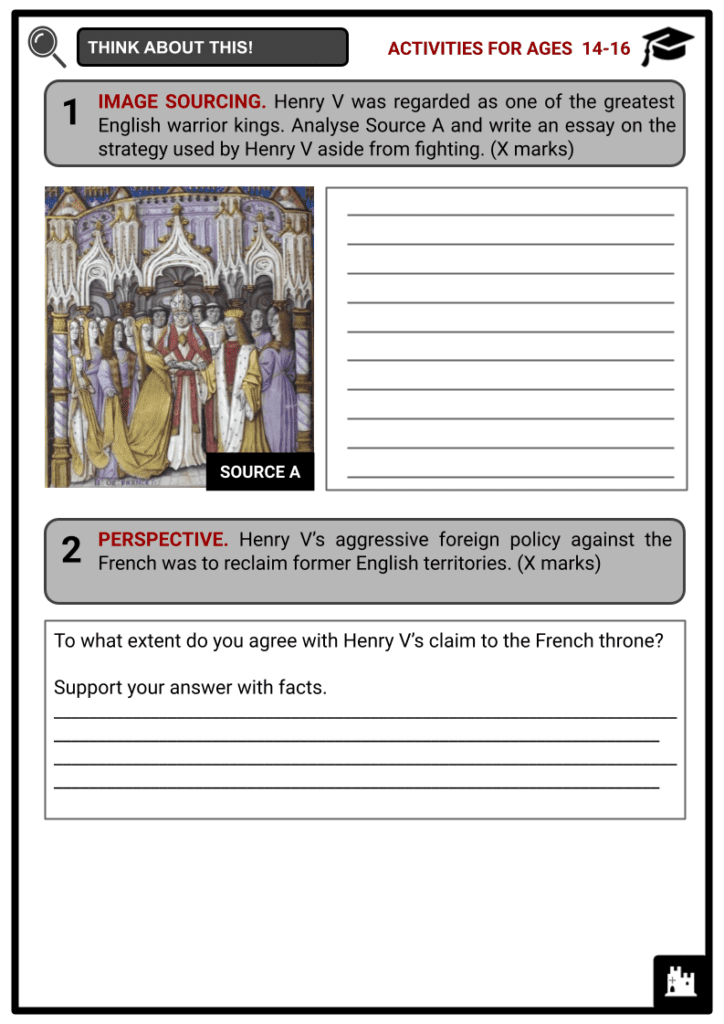 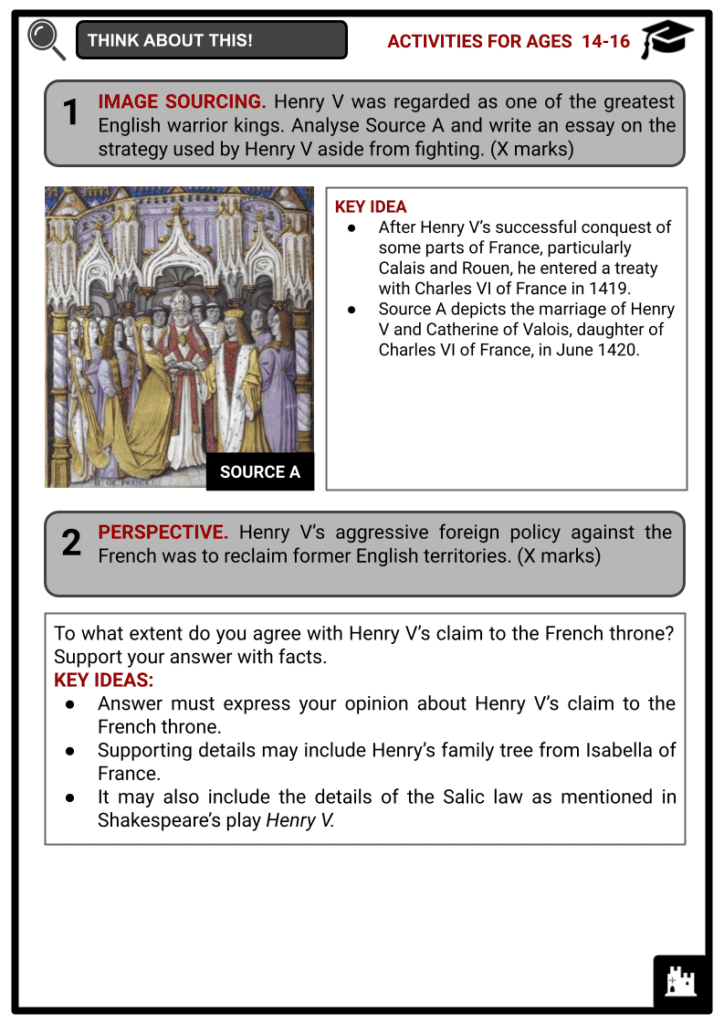 Let’s find out more about Henry V of England!

Born in Monmouth Castle in Wales, Henry was the son of Henry of Bolingbroke, or Henry IV of England, and Mary de Bohun. When he was born, the reigning monarch of England was Richard II, his father’s cousin. Henry was the grandson of John of Gaunt, son of King Edward III.

Henry V as king of England: War with France 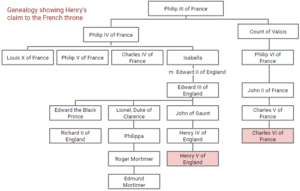