Do you want to save dozens of hours in time? Get your evenings and weekends back? Be able to teach about John Wycliffe to your students? 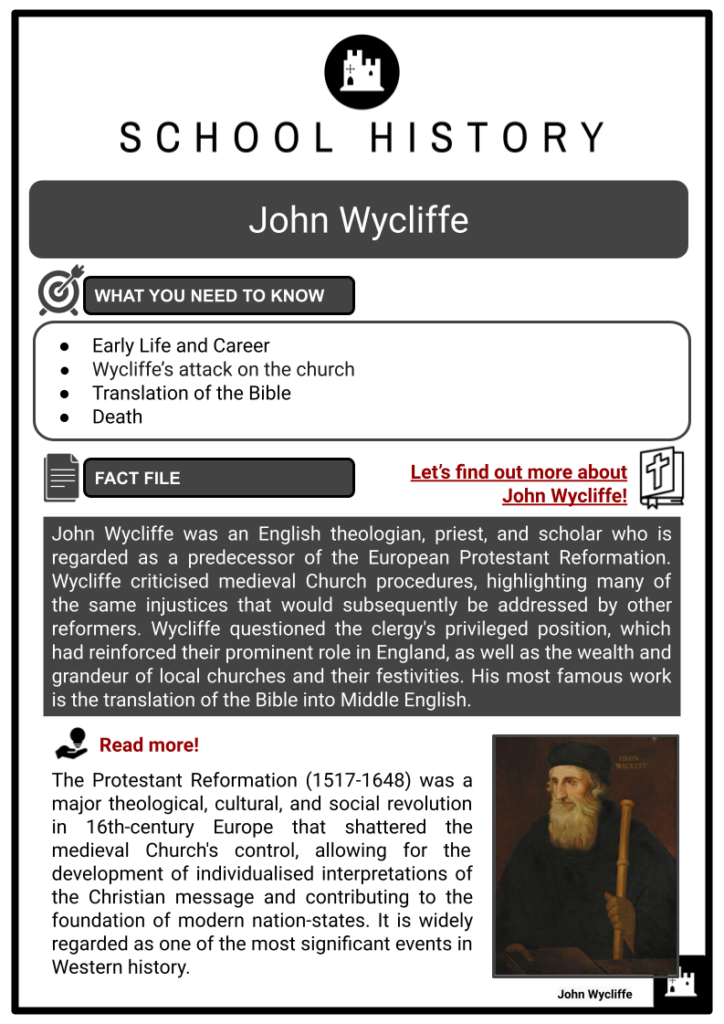 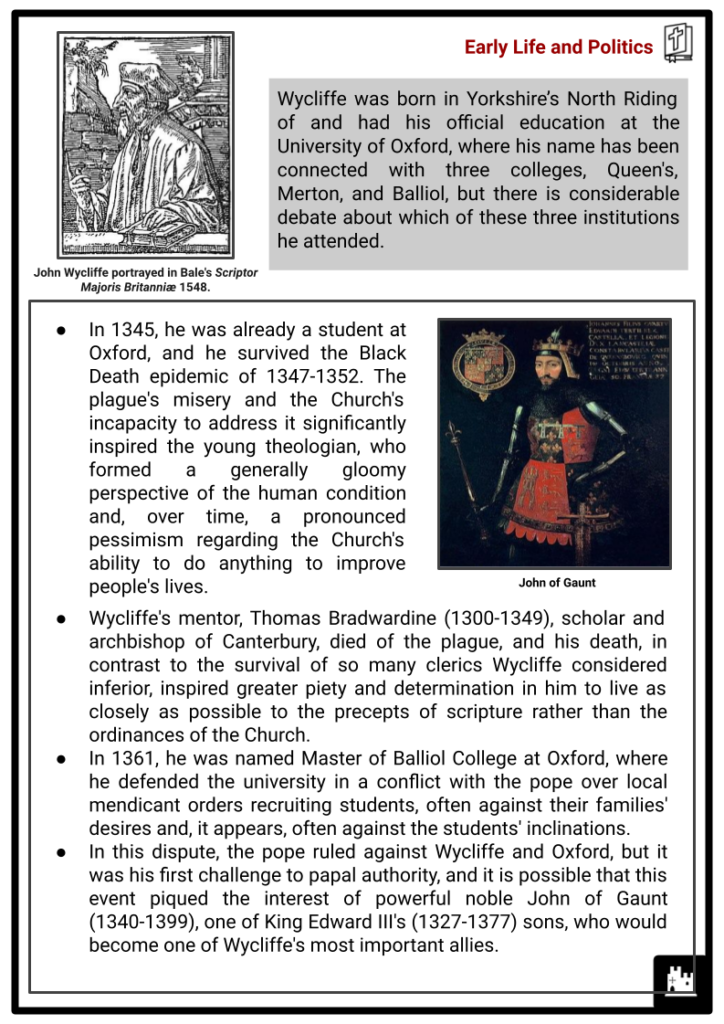 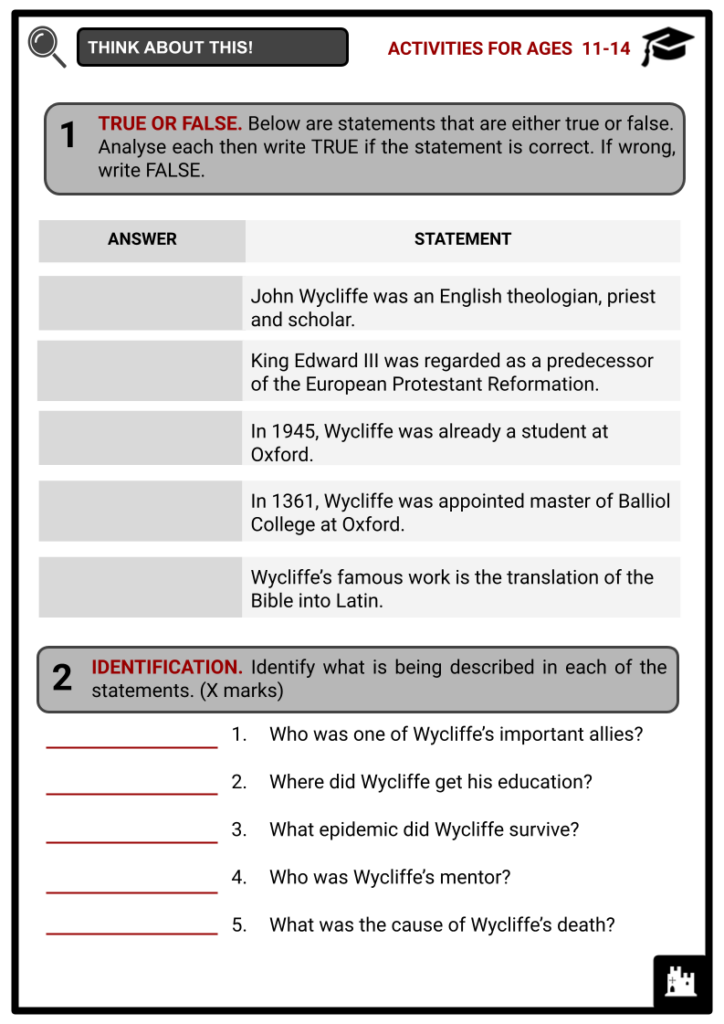 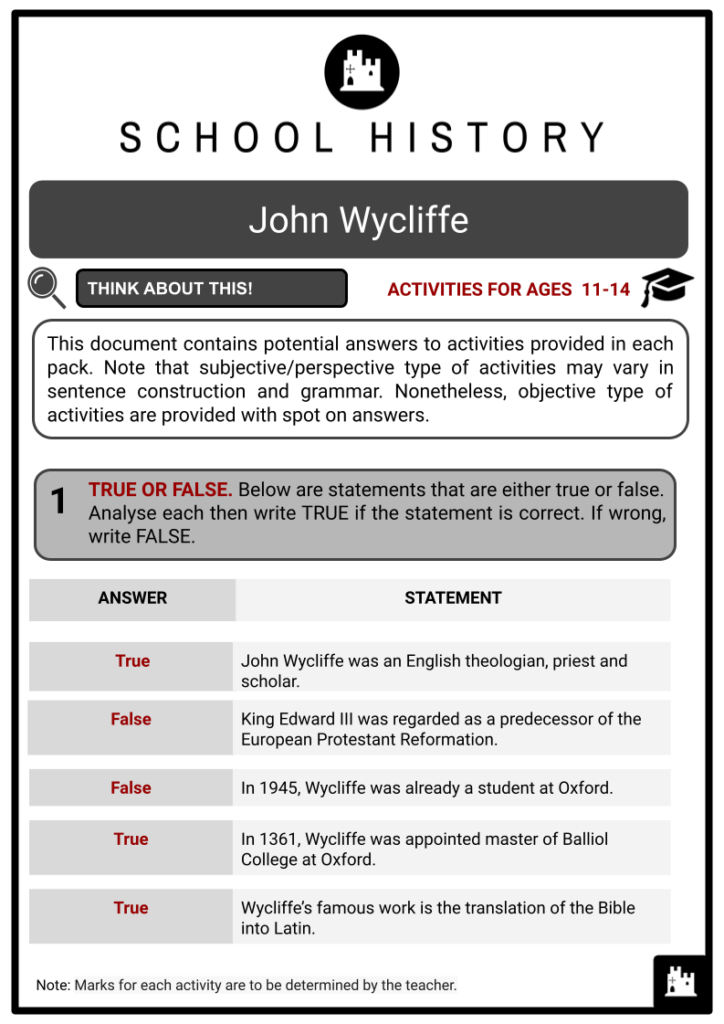 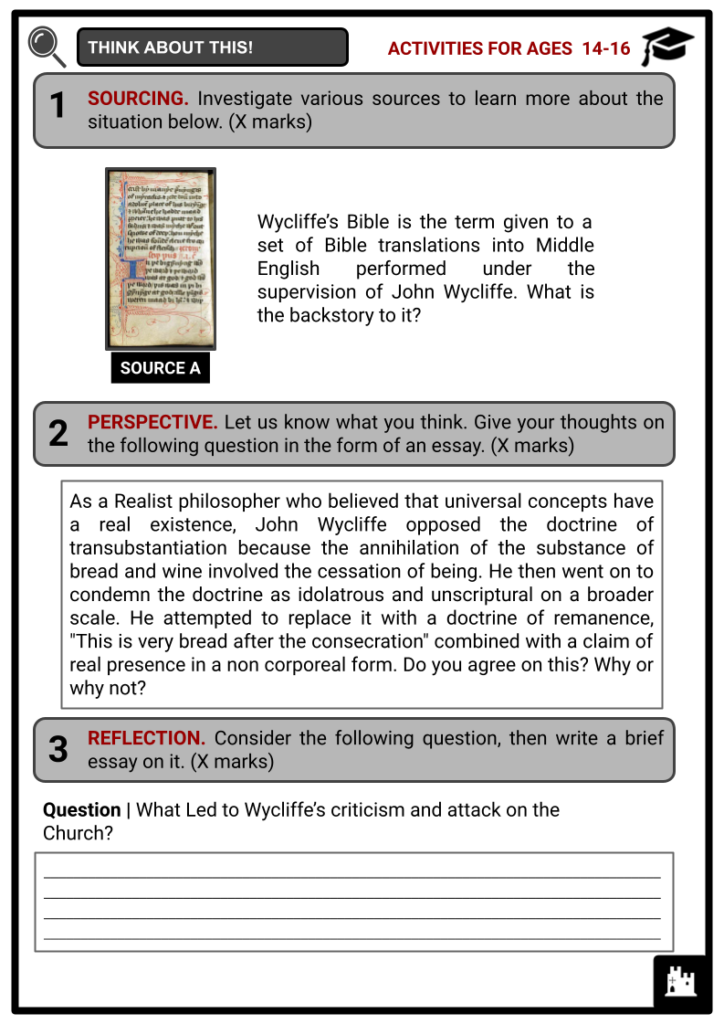 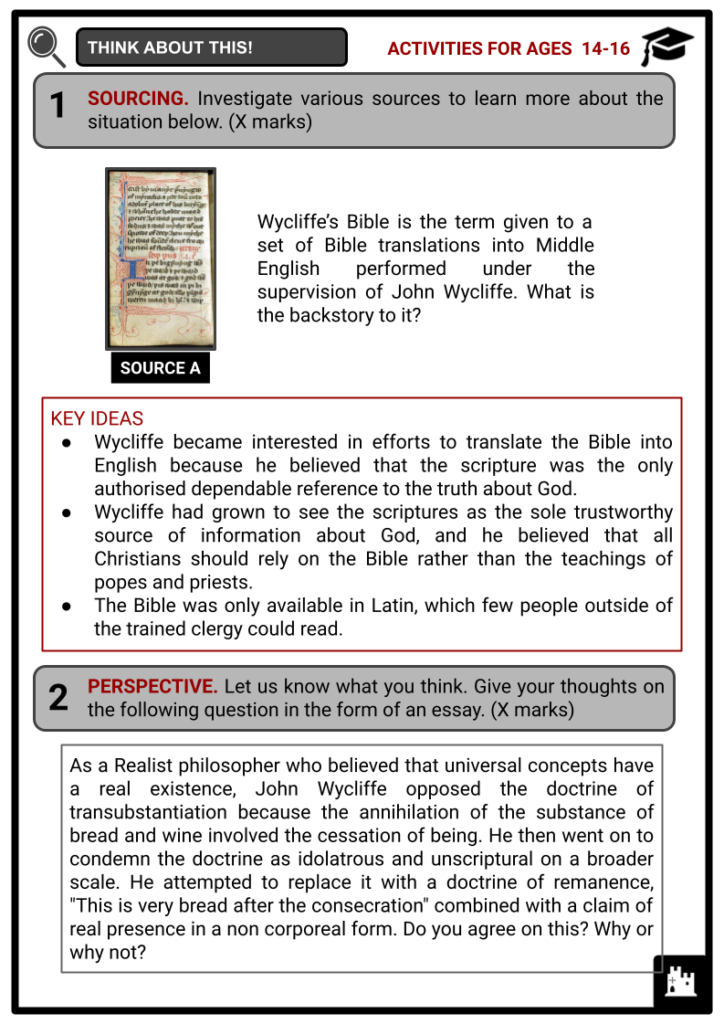 John Wycliffe was an English theologian, priest, and scholar who is regarded as a predecessor of the European Protestant Reformation. Wycliffe criticised medieval Church procedures, highlighting many of the same injustices that would subsequently be addressed by other reformers. Wycliffe questioned the clergy's privileged position, which had reinforced their prominent role in England, as well as the wealth and grandeur of local churches and their festivities. His most famous work is the translation of the Bible into Middle English.

The Protestant Reformation (1517-1648) was a major theological, cultural, and social revolution in 16th-century Europe that shattered the medieval Church's control, allowing for the development of individualised interpretations of the Christian message and contributing to the foundation of modern nation-states. It is widely regarded as one of the most significant events in Western history.

Pope Gregory XI presided over the Catholic Church from 30th December 1370, until his death in 1378. He was the seventh and final Pope of Avignon, as well as the most recent French Pope acknowledged by the contemporary Catholic Church. Gregory XI restored the Papal Court to Rome in 1377, bringing an end to over 70 years of papal residence at Avignon, France.

Wycliffe’s attack on the church

Translation of the Bible

Lollardy was a religion based on colloquial scripture.  Lollards criticised numerous Catholic church traditions. The Lollards rejected the church's rituals of baptism and confessing as vital for salvation. They were seen praying to saints and worshipping their pictures as a form of idolatry. Oaths, fasting, and prayers for the deceased were regarded to be unbiblical. They were dissatisfied with the trappings of the Catholic Church, such as holy bread, holy water, bells, organs, and church structures. They discounted the significance of papal pardons.