Do you want to save dozens of hours in time? Get your evenings and weekends back? Be able to teach about Kublai Khan to your students? 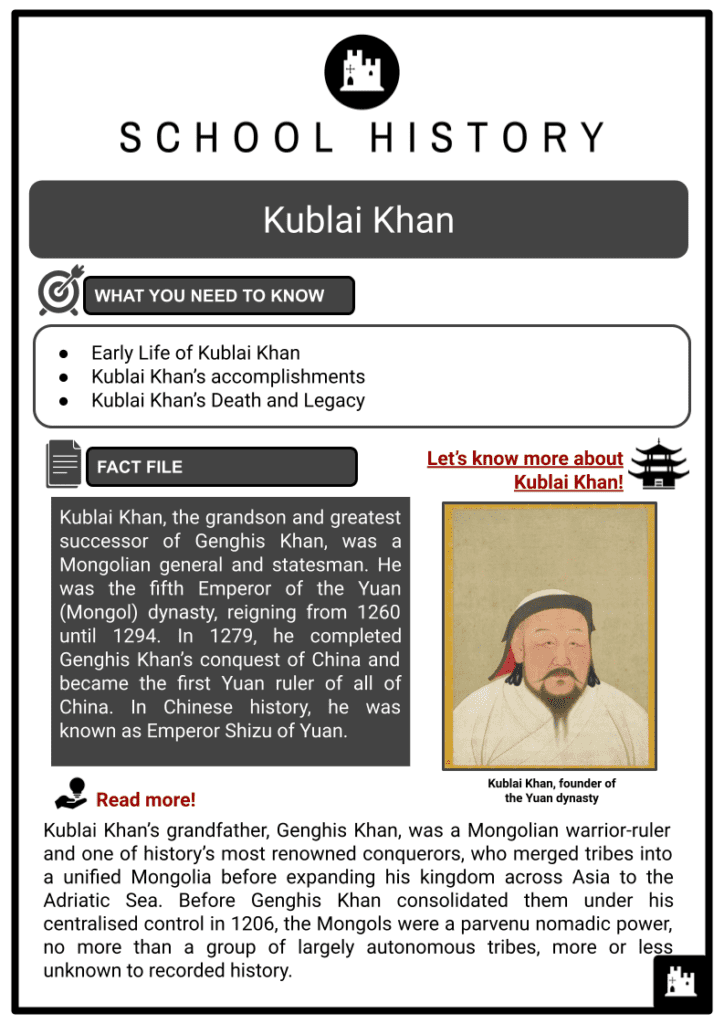 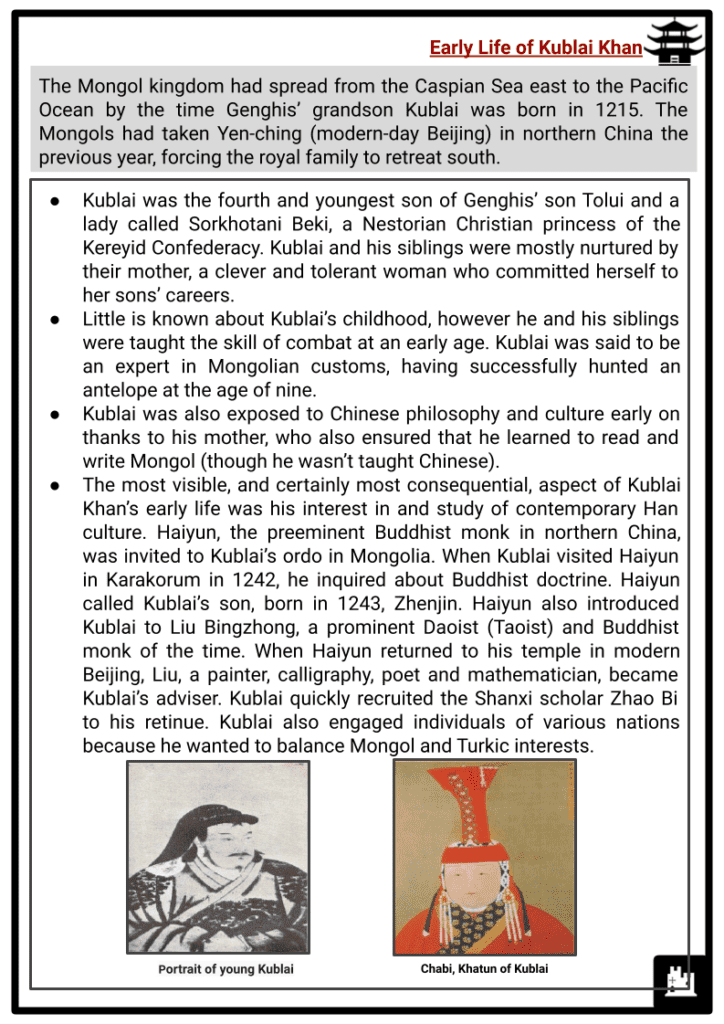 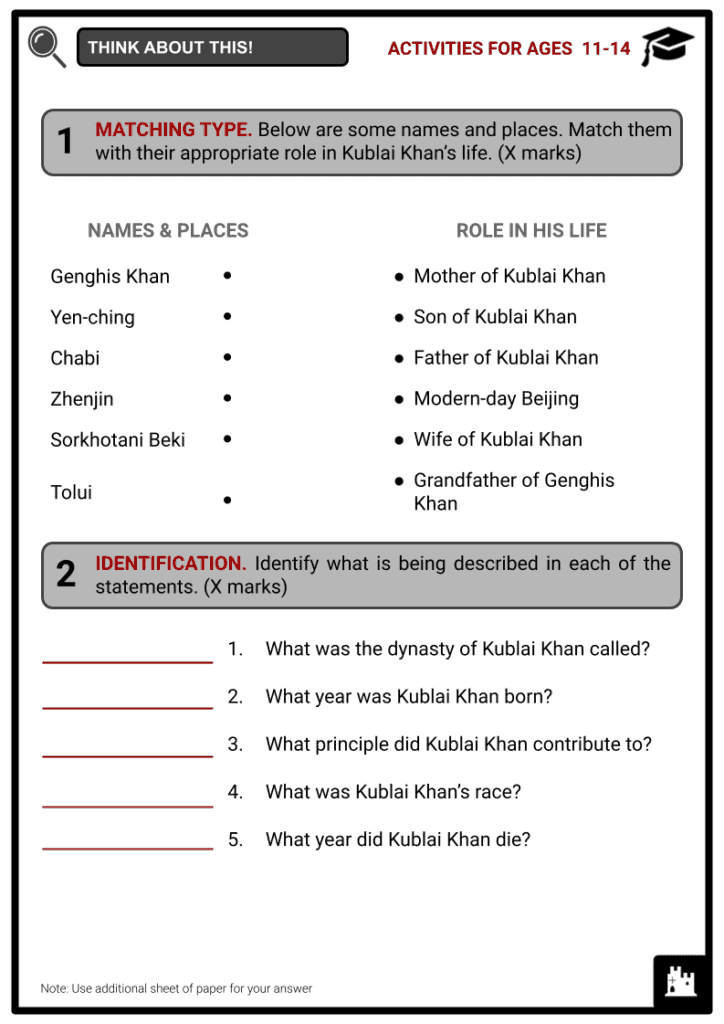 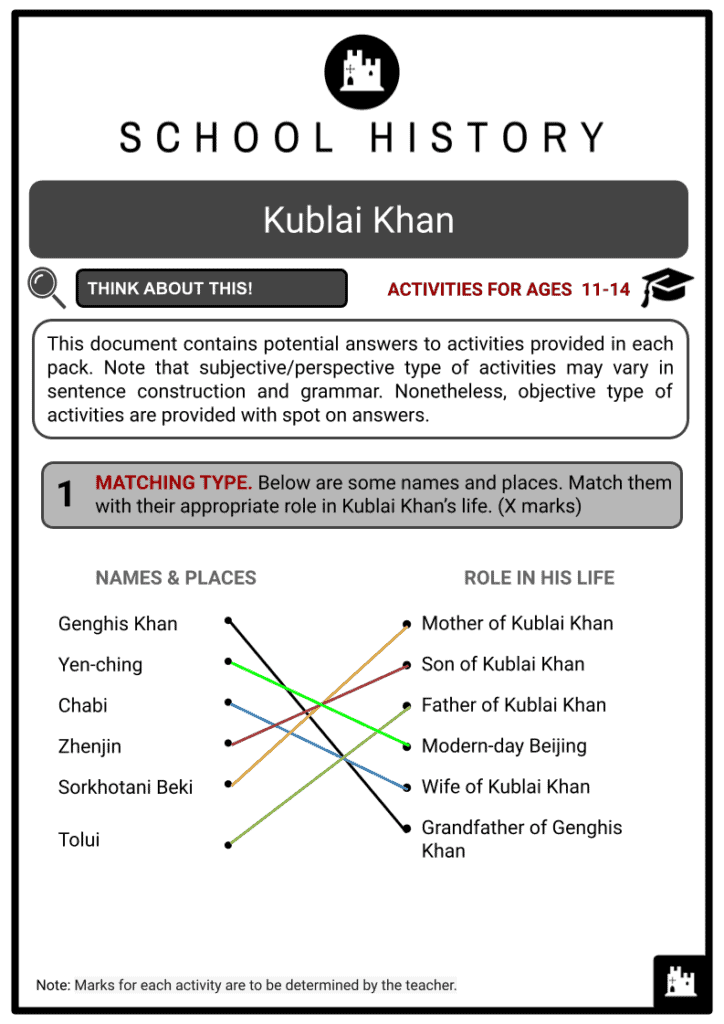 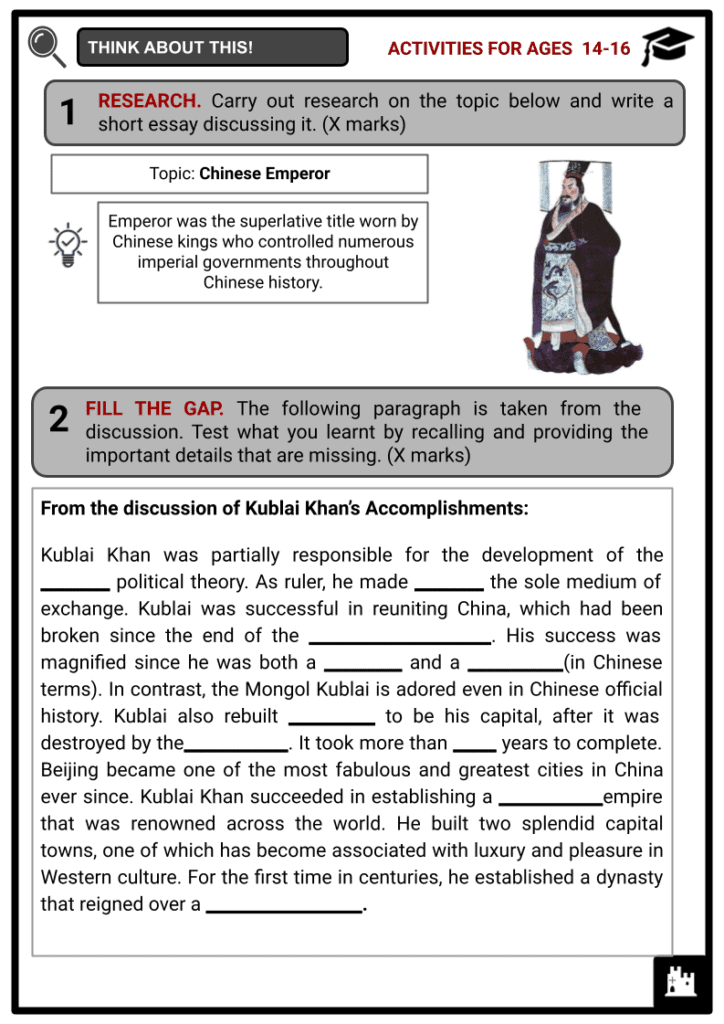 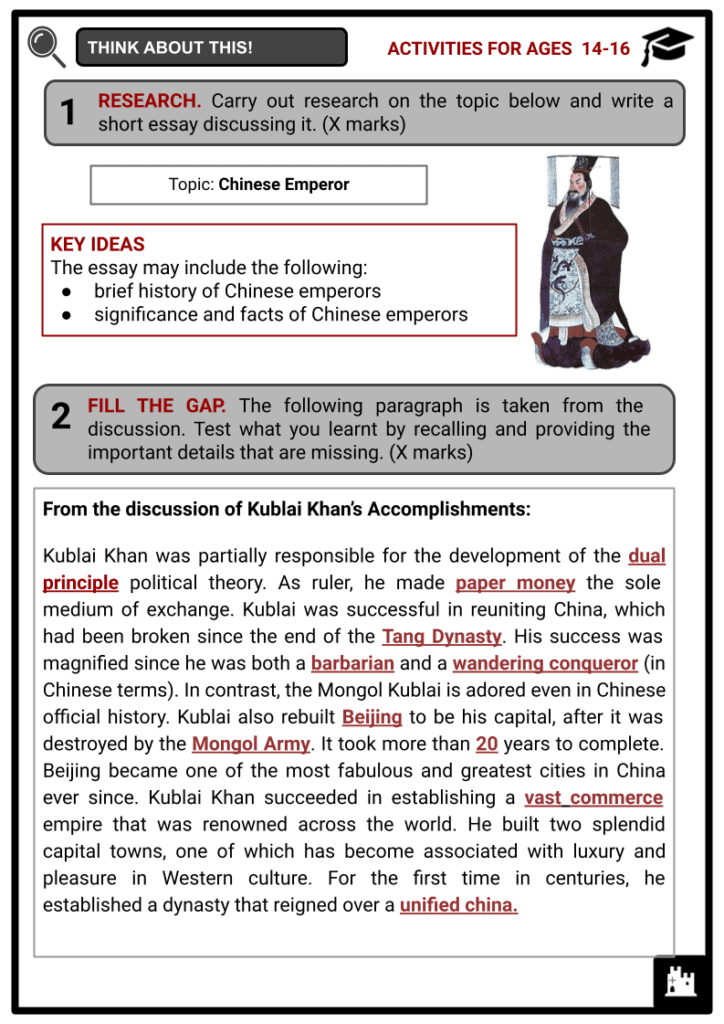 Kublai Khan, the grandson and greatest successor of Genghis Khan, was a Mongolian general and statesman. He was the fifth Emperor of the Yuan (Mongol) dynasty, reigning from 1260 until 1294. In 1279, he completed Genghis Khan’s conquest of China and became the first Yuan ruler of all of China. In Chinese history, he was known as Emperor Shizu of Yuan.

Kublai Khan’s grandfather, Genghis Khan, was a Mongolian warrior-ruler and one of history’s most renowned conquerors, who merged tribes into a unified Mongolia before expanding his kingdom across Asia to the Adriatic Sea. Before Genghis Khan consolidated them under his centralised control in 1206, the Mongols were a parvenu nomadic power, no more than a group of largely autonomous tribes, more or less unknown to recorded history.