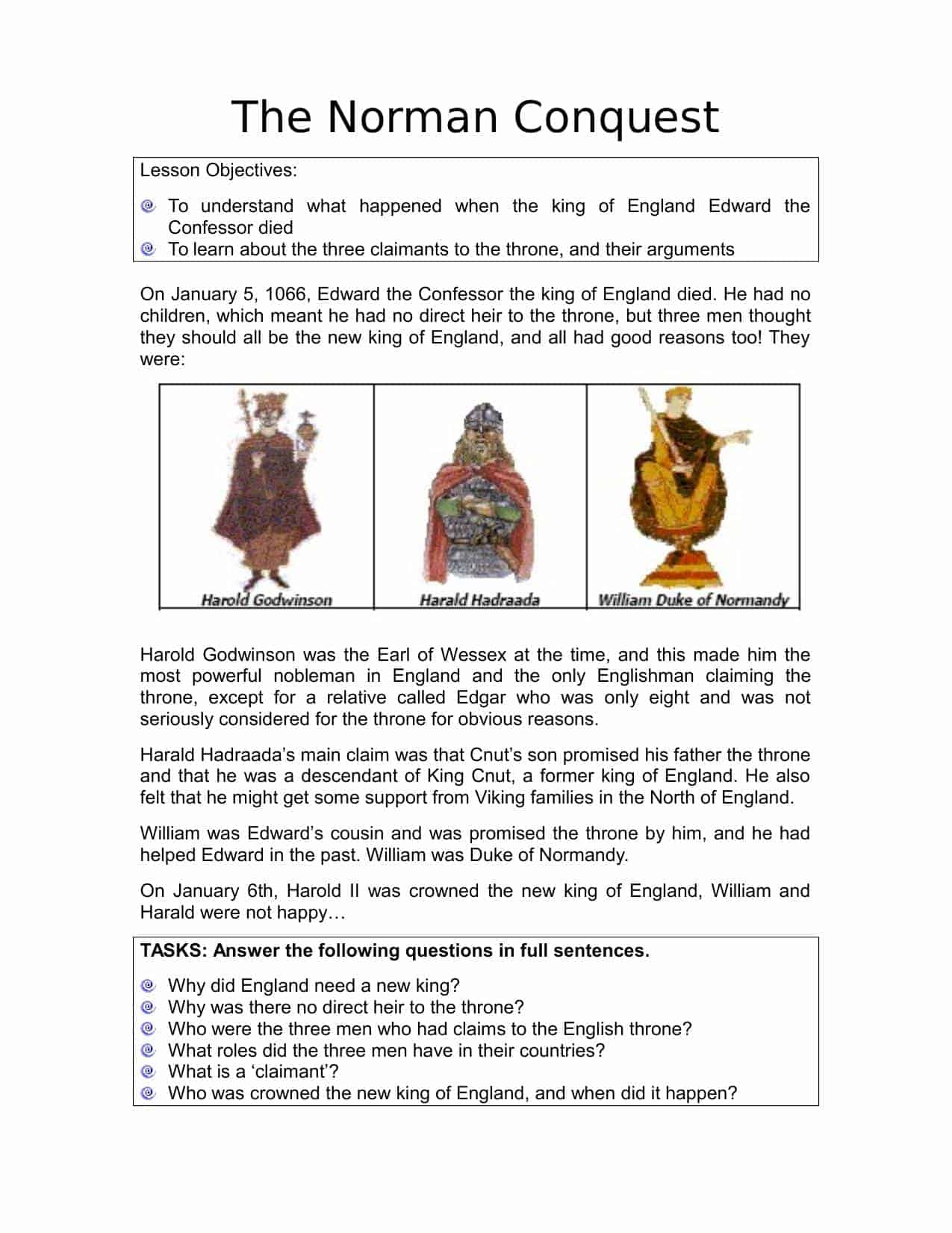 On January 5, 1066, Edward the Confessor the king of England died. He had no children, which meant he had no direct heir to the throne, but three men thought they should all be the new king of England, and all had good reasons too! They were:

Harold Godwinson was the Earl of Wessex at the time, and this made him the most powerful nobleman in England and the only Englishman claiming the throne, except for a relative called Edgar who was only eight and was not seriously considered for the throne for obvious reasons.

Harald Hadraada’s main claim was that Cnut’s son promised his father the throne and that he was a descendant of King Cnut, a former king of England. He also felt that he might get some support from Viking families in the North of England.

William was Edward’s cousin and was promised the throne by him, and he had helped Edward in the past. William was Duke of Normandy.

On January 6th, Harold II was crowned the new king of England, William and Harald were not happy…