Do you want to save dozens of hours in time? Get your evenings and weekends back? Be able to teach about Stephen, King of England to your students? 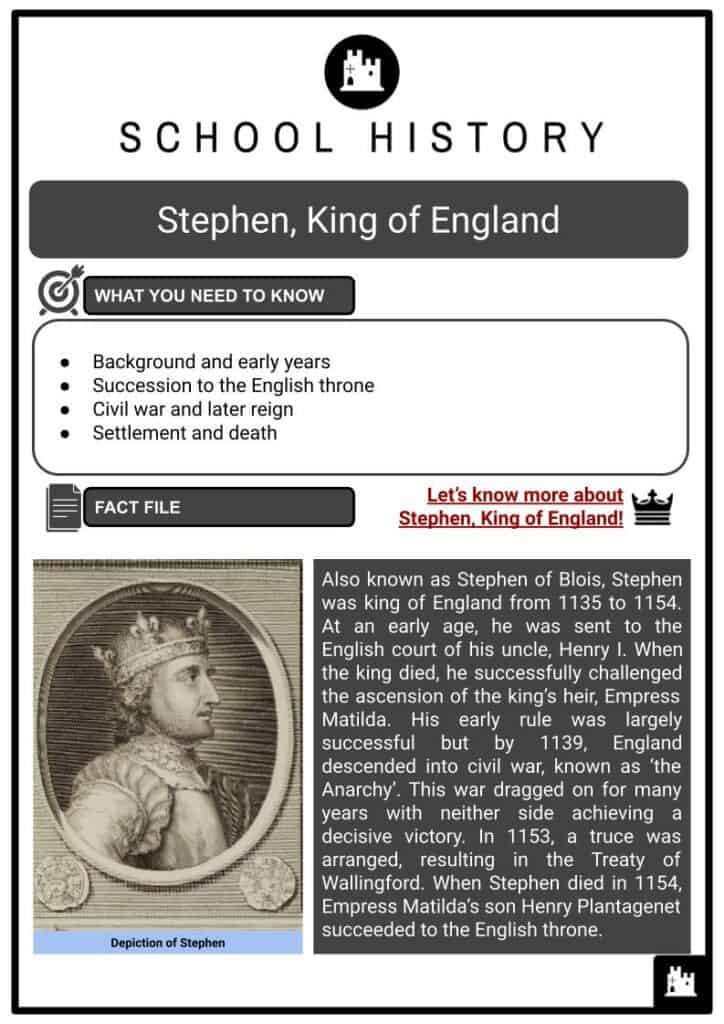 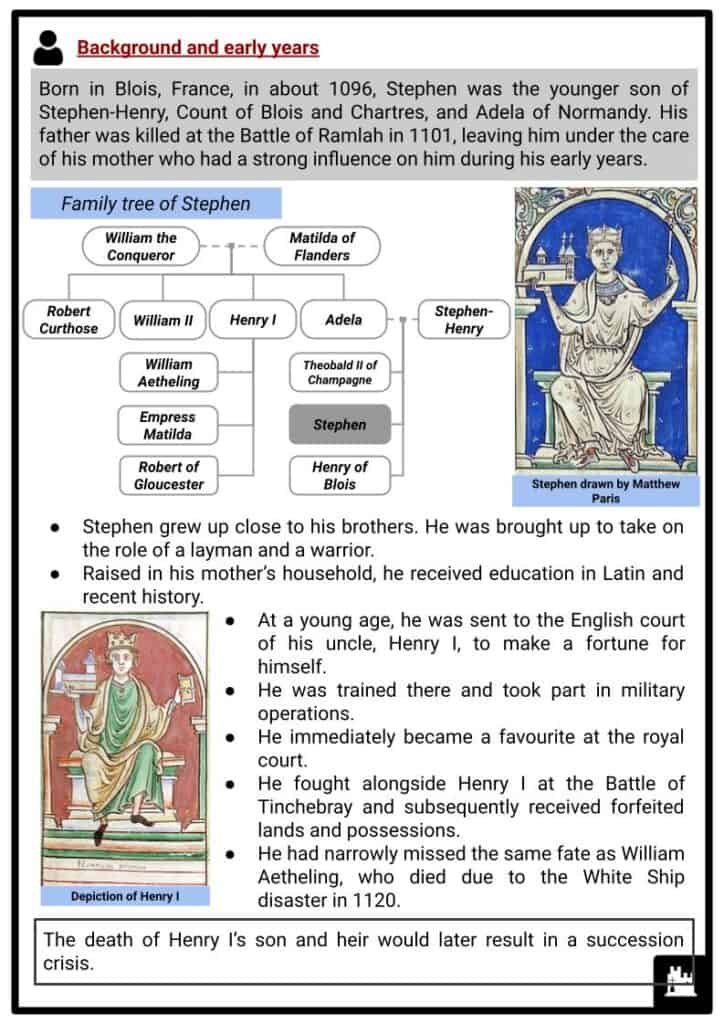 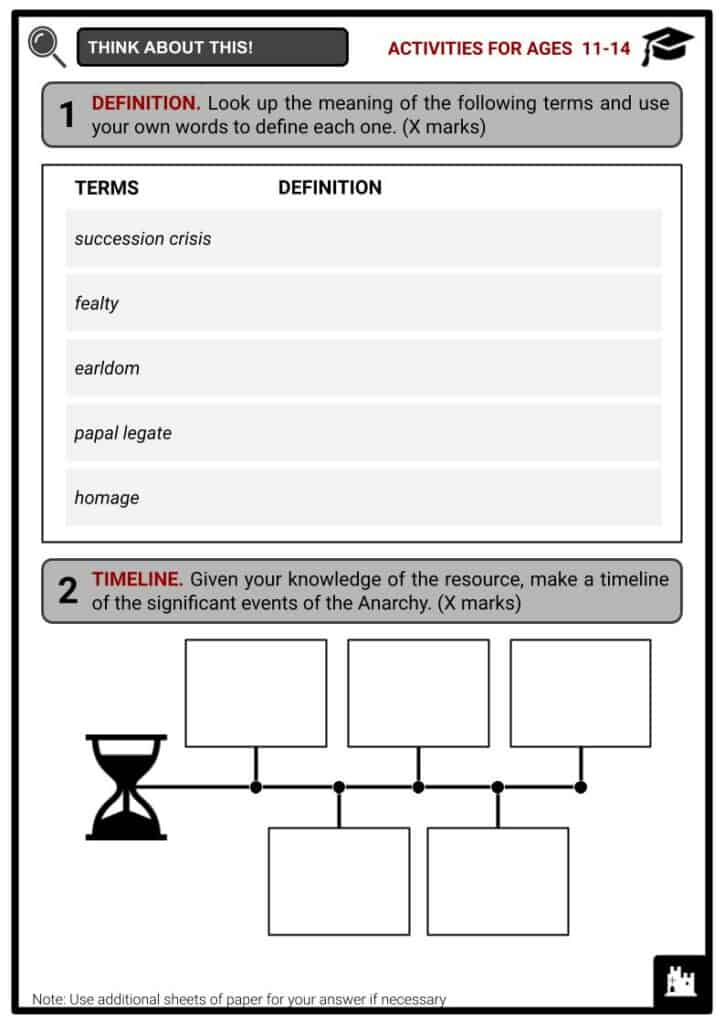 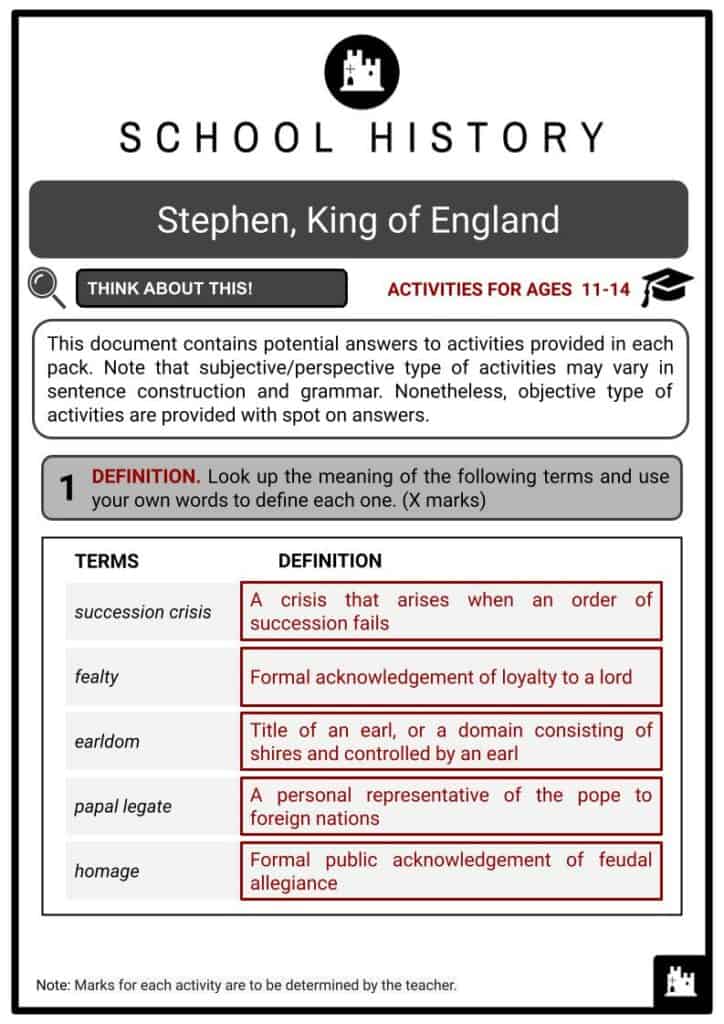 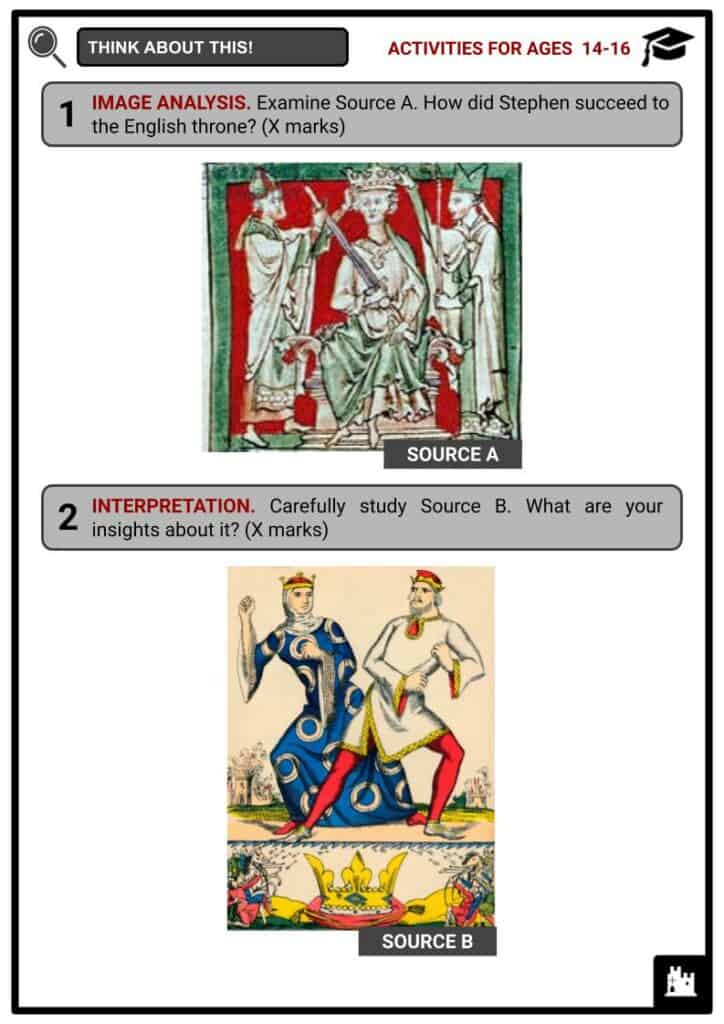 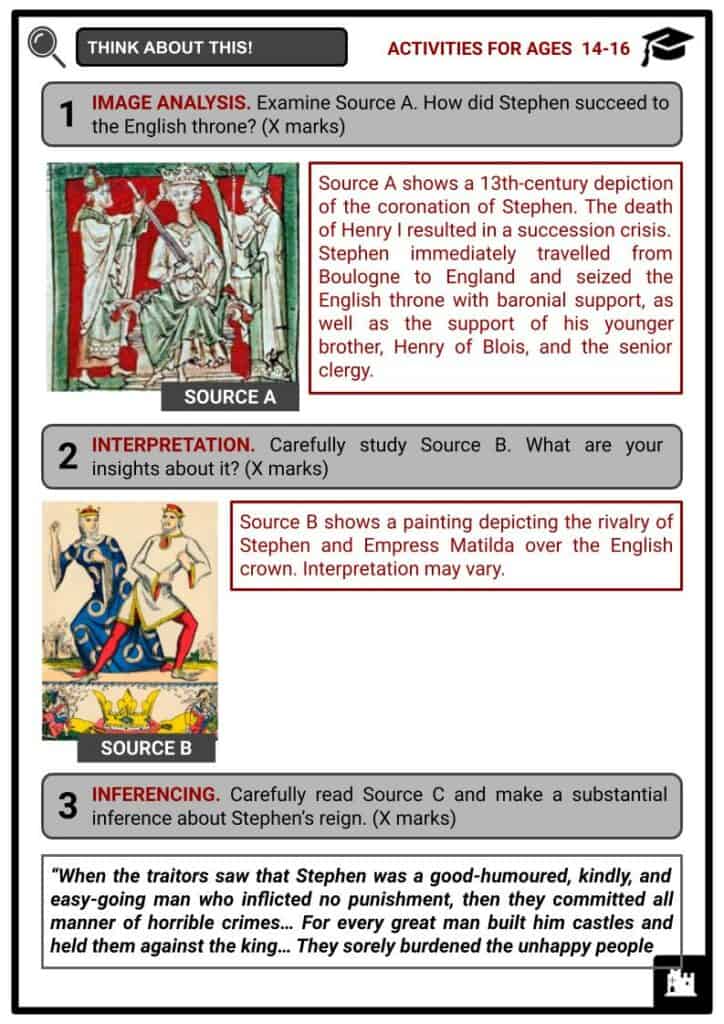 Also known as Stephen of Blois, Stephen was king of England from 1135 to 1154. At an early age, he was sent to the English court of his uncle, Henry I. When the king died, he successfully challenged the ascension of the king’s heir, Empress Matilda. His early rule was largely successful, but by 1139, England descended into civil war, known as ‘the Anarchy’. This war dragged on for many years with neither side achieving a decisive victory. In 1153, a truce was arranged, resulting in the Treaty of Wallingford. When Stephen died in 1154, Empress Matilda’s son Henry Plantagenet succeeded to the English throne.

Succession to the English throne

Timeline of the Anarchy