The Battle of Hastings Facts & Information 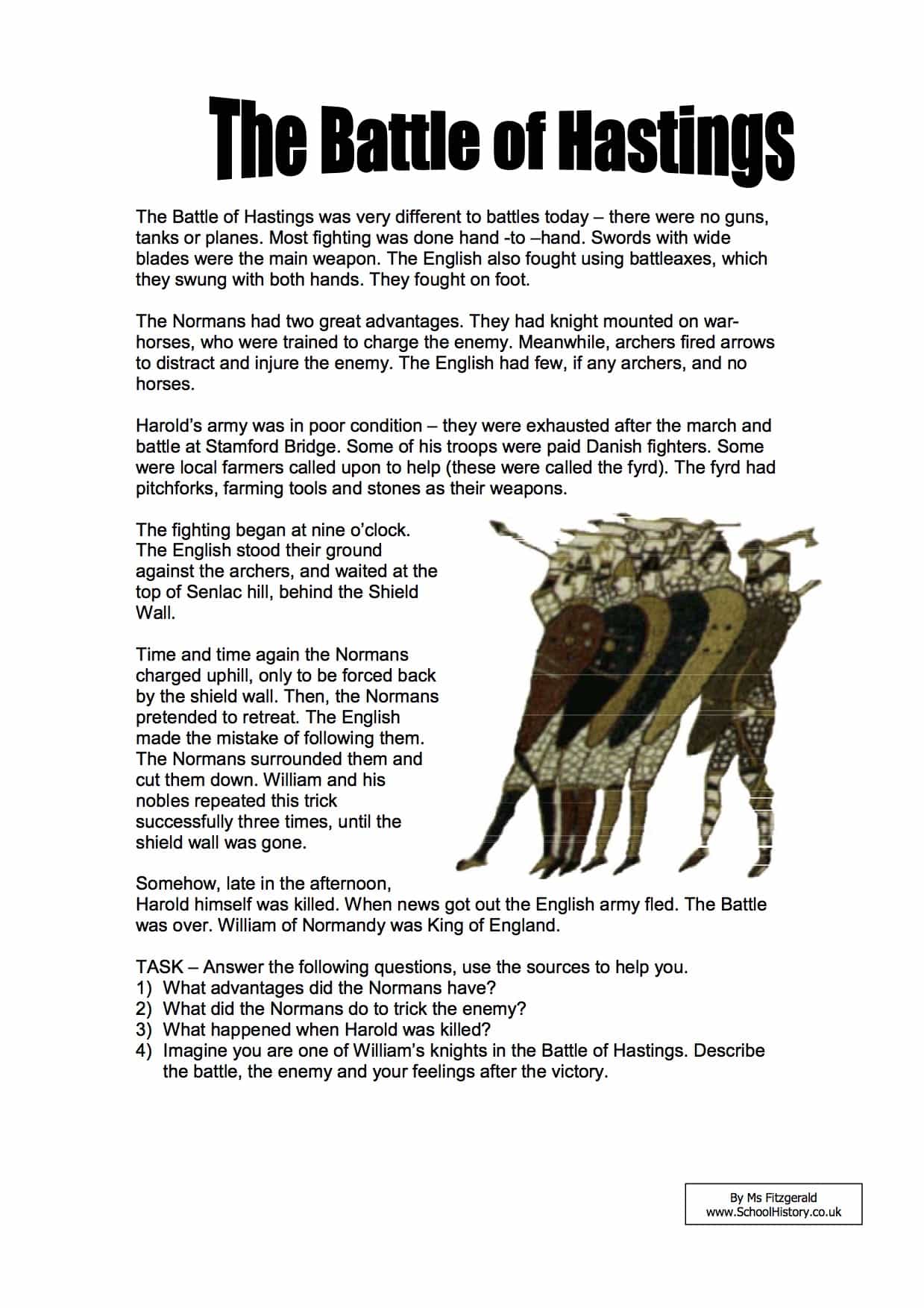 The Battle of Hastings was very different to battles today – there were no guns, tanks or planes. Most fighting was done hand -to –hand. Swords with wide blades were the main weapon. The English also fought using battleaxes, which they swung with both hands. They fought on foot.

The Normans had two great advantages. They had knight mounted on war- horses, who were trained to charge the enemy. Meanwhile, archers fired arrows to distract and injure the enemy. The English had few, if any archers, and no horses.

Harold’s army was in poor condition – they were exhausted after the march and battle at Stamford Bridge. Some of his troops were paid Danish fighters. Some were local farmers called upon to help (these were called the fyrd). The fyrd had pitchforks, farming tools and stones as their weapons.

The fighting began at nine o’clock. The English stood their ground against the archers, and waited at the top of Senlac hill, behind the Shield Wall.

Time and time again the Normans charged uphill, only to be forced back by the shield wall. Then, the Normans pretended to retreat. The English made the mistake of following them. The Normans surrounded them and cut them down. William and his nobles repeated this trick successfully three times, until the shield wall was gone.

Somehow, late in the afternoon, Harold himself was killed. When news got out the English army fled. The Battle was over. William of Normandy was King of England.