The signing of the Magna Carta by King John

Download The signing of the Magna Carta by King John 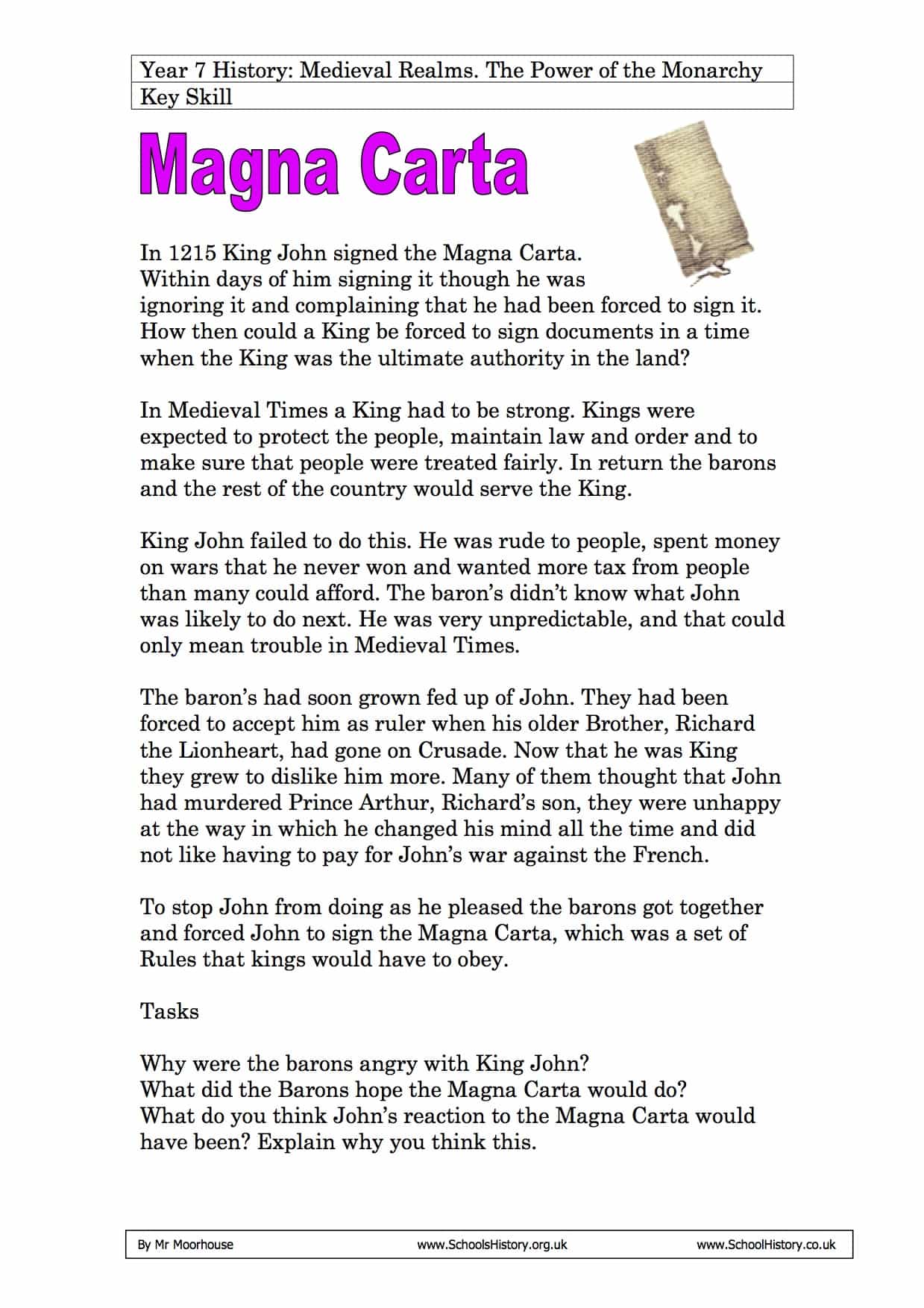 In 1215 King John signed the Magna Carta.Within days of him signing it though he was ignoring it and complaining that he had been forced to sign it. How then could a King be forced to sign documents in a time when the King was the ultimate authority in the land?

In Medieval Times a King had to be strong. Kings were expected to protect the people, maintain law and order and to make sure that people were treated fairly. In return the barons and the rest of the country would serve the King.

King John failed to do this. He was rude to people, spent money on wars that he never won and wanted more tax from people than many could afford. The baron’s didn’t know what John was likely to do next. He was very unpredictable, and that could only mean trouble in Medieval Times.

The baron’s had soon grown fed up of John. They had been forced to accept him as ruler when his older Brother, Richard the Lionheart, had gone on Crusade. Now that he was King they grew to dislike him more. Many of them thought that John had murdered Prince Arthur, Richard’s son, they were unhappy at the way in which he changed his mind all the time and did not like having to pay for John’s war against the French.

To stop John from doing as he pleased the barons got together and forced John to sign the Magna Carta, which was a set of Rules that kings would have to obey.