Do you want to save dozens of hours in time? Get your evenings and weekends back? Be able to teach about Amelia Earhart to your students? 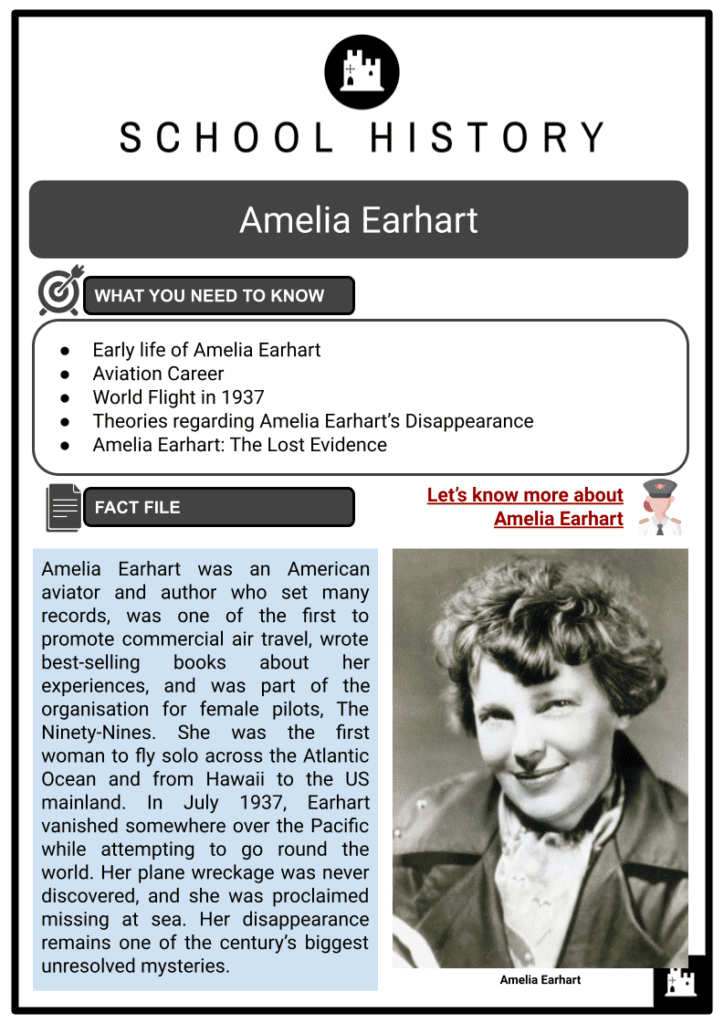 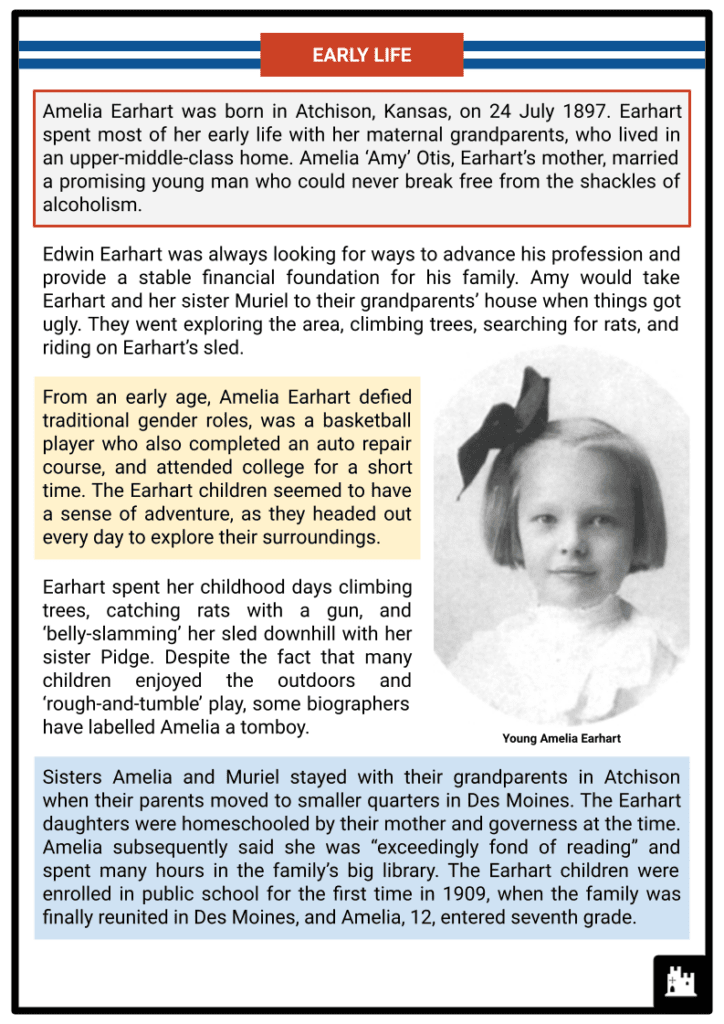 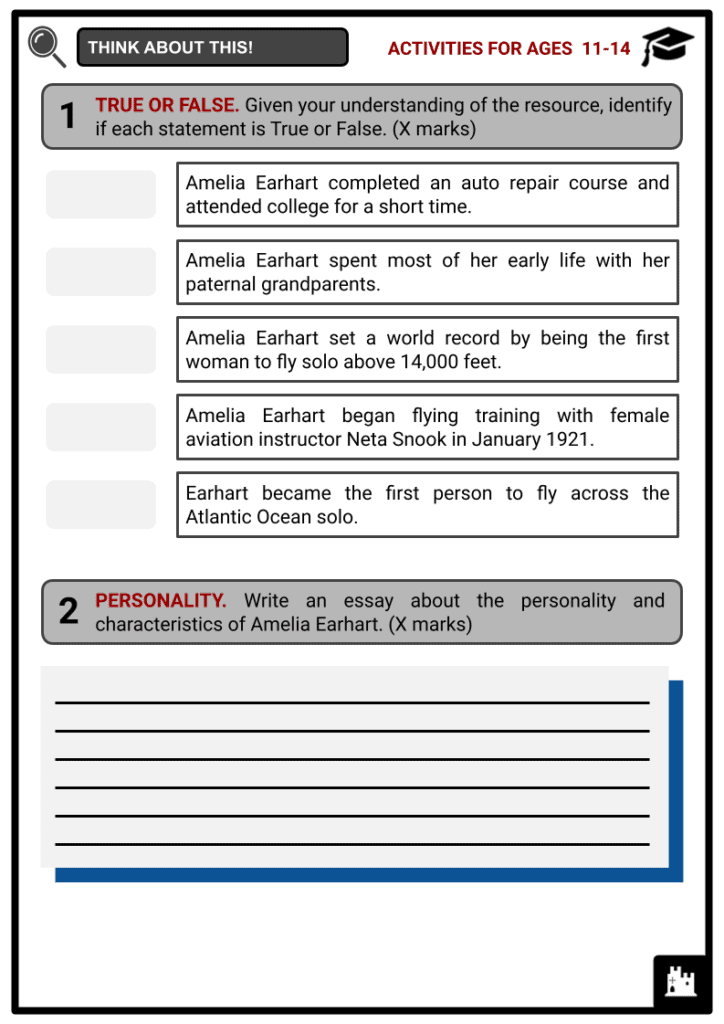 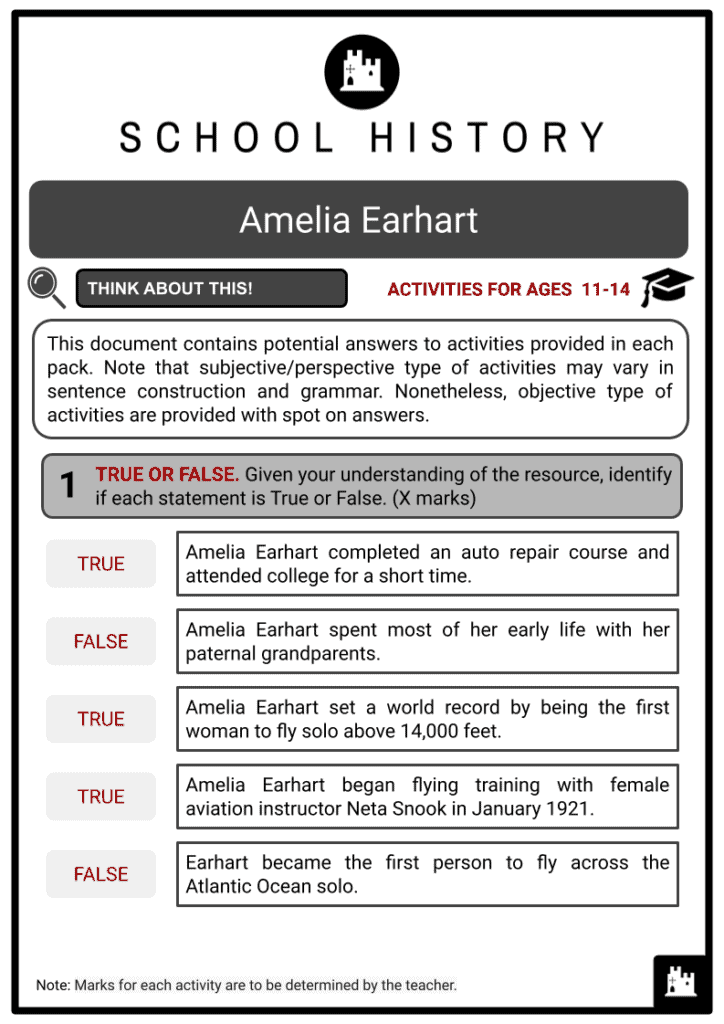 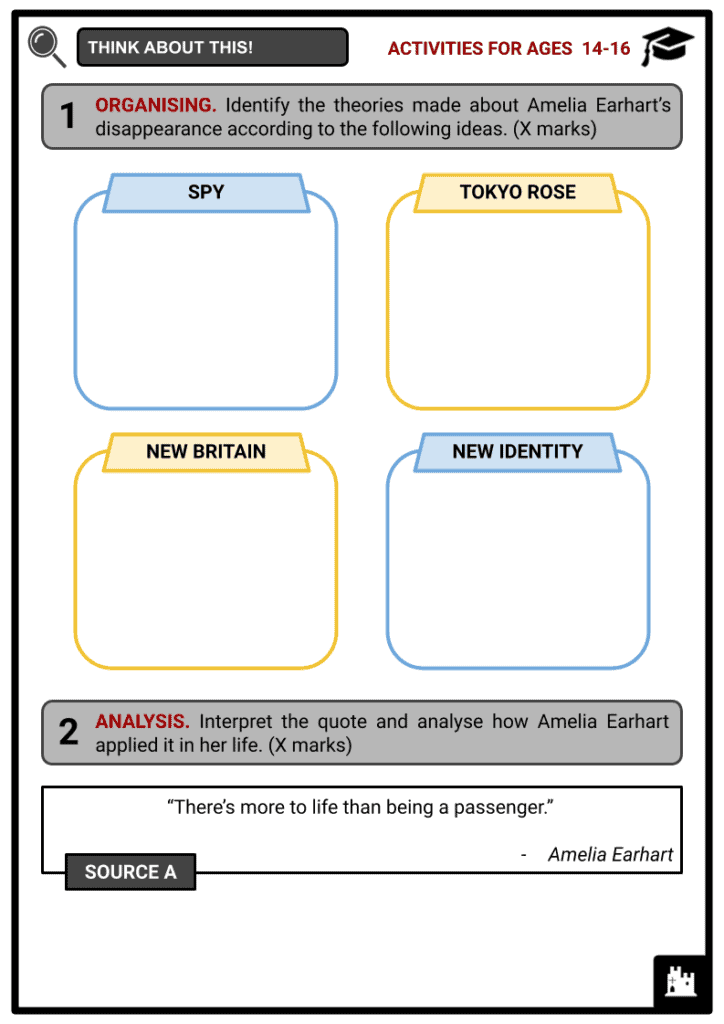 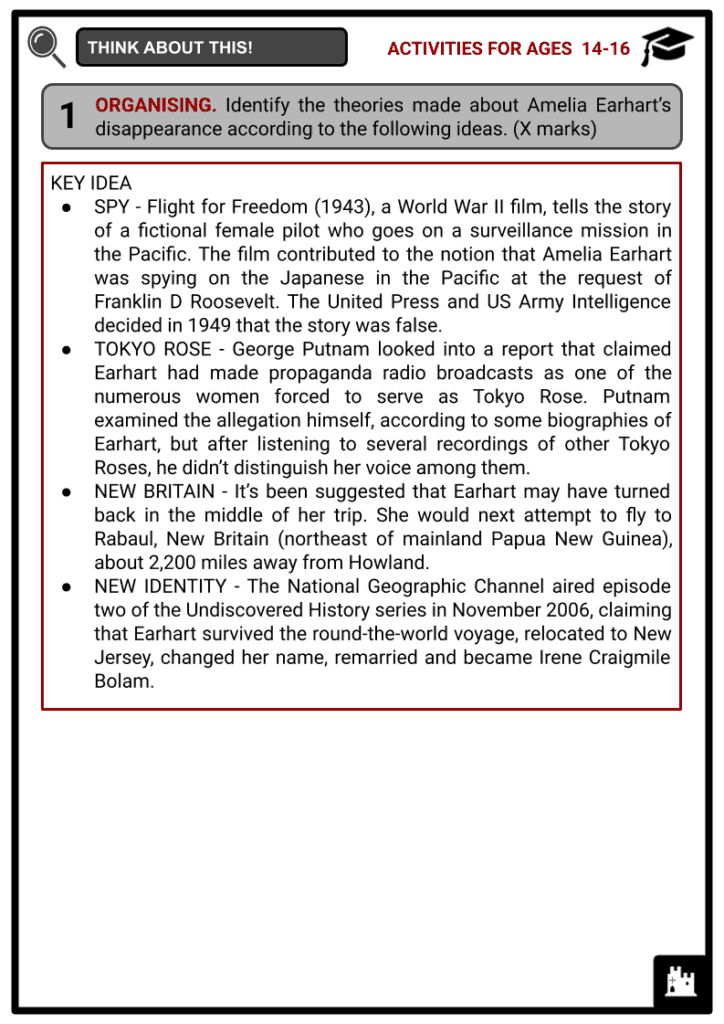 Amelia Earhart was an American aviator and author who set many records was one of the first to promote commercial air travel, wrote best-selling books about her experiences, and was part of the organisation for female pilots, The Ninety-Nines. She was the first woman to fly solo across the Atlantic Ocean and from Hawaii to the US mainland. In July 1937, Earhart vanished somewhere over the Pacific while attempting to go around the world. Her plane wreckage was never discovered, and she was proclaimed missing at sea. Her disappearance remains one of the century’s biggest unresolved mysteries.

Theories of her disappearance