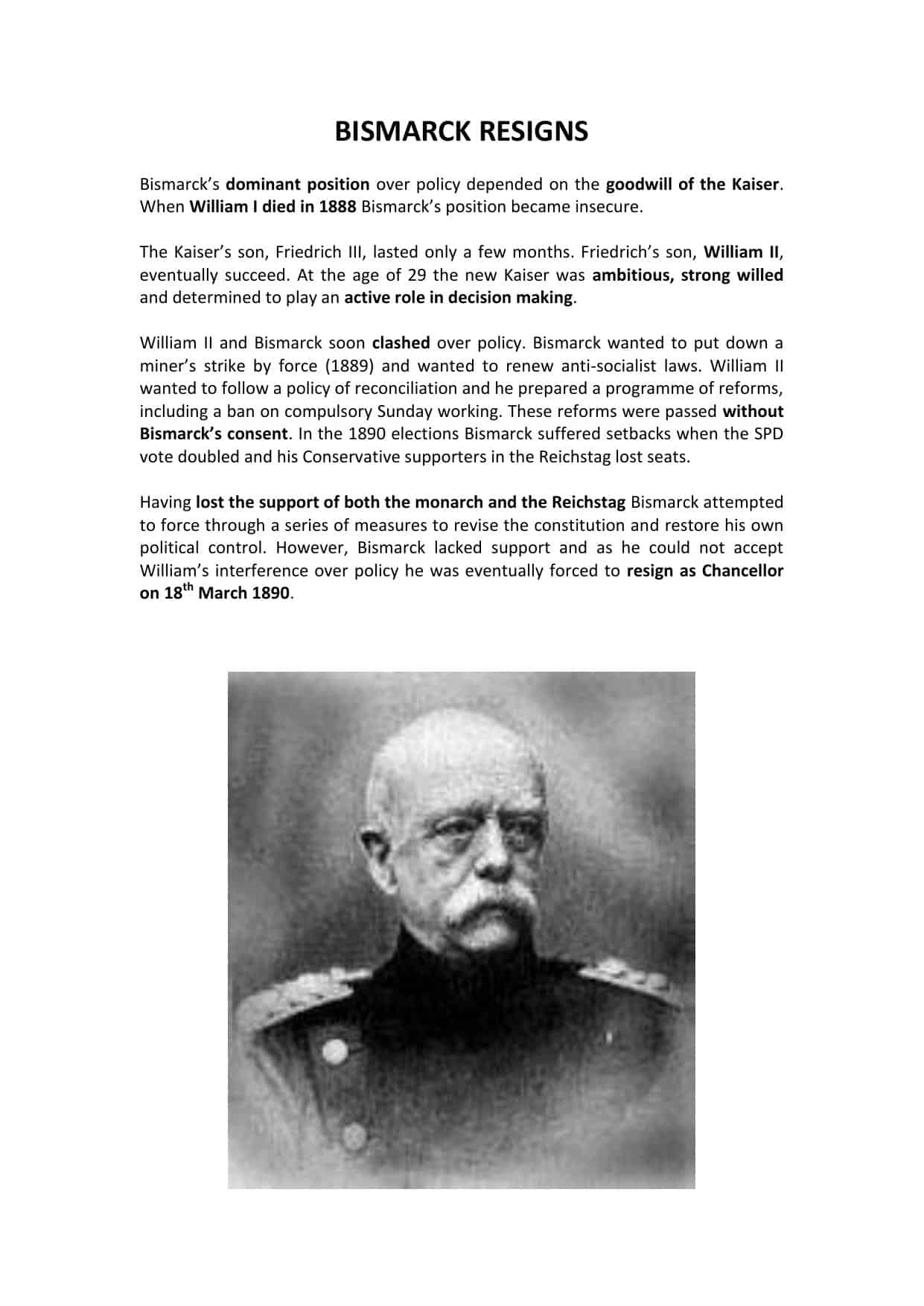 Bismarck’s dominant position over policy depended on the goodwill of the Kaiser.

When William I died in 1888 Bismarck’s position became insecure.

The Kaiser’s son, Friedrich III, lasted only a few months. Friedrich’s son, William II, eventually succeed. At the age of 29 the new Kaiser was ambitious, strong willed and determined to play an active role in decision making.

William II and Bismarck soon clashed over policy. Bismarck wanted to put down a miner’s strike by force (1889) and wanted to renew anti-socialist laws. William II wanted to follow a policy of reconciliation and he prepared a programme of reforms, including a ban on compulsory Sunday working. These reforms were passed without Bismarck’s consent. In the 1890 elections Bismarck suffered setbacks when the SPD vote doubled and his Conservative supporters in the Reichstag lost seats.

Having lost the support of both the monarch and the Reichstag Bismarck attempted to force through a series of measures to revise the constitution and restore his own political control. However, Bismarck lacked support and as he could not accept William’s interference over policy he was eventually forced to resign as Chancellor on 18th March 1890.