Do you want to save dozens of hours in time? Get your evenings and weekends back? Be able to teach about the British Expeditionary Force to your students? 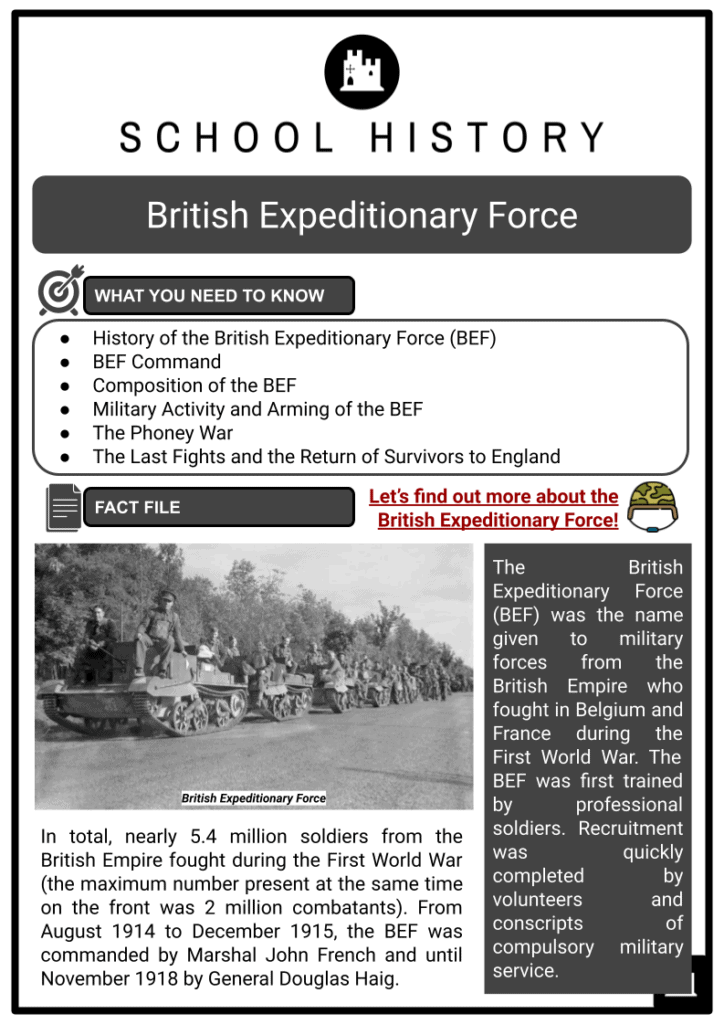 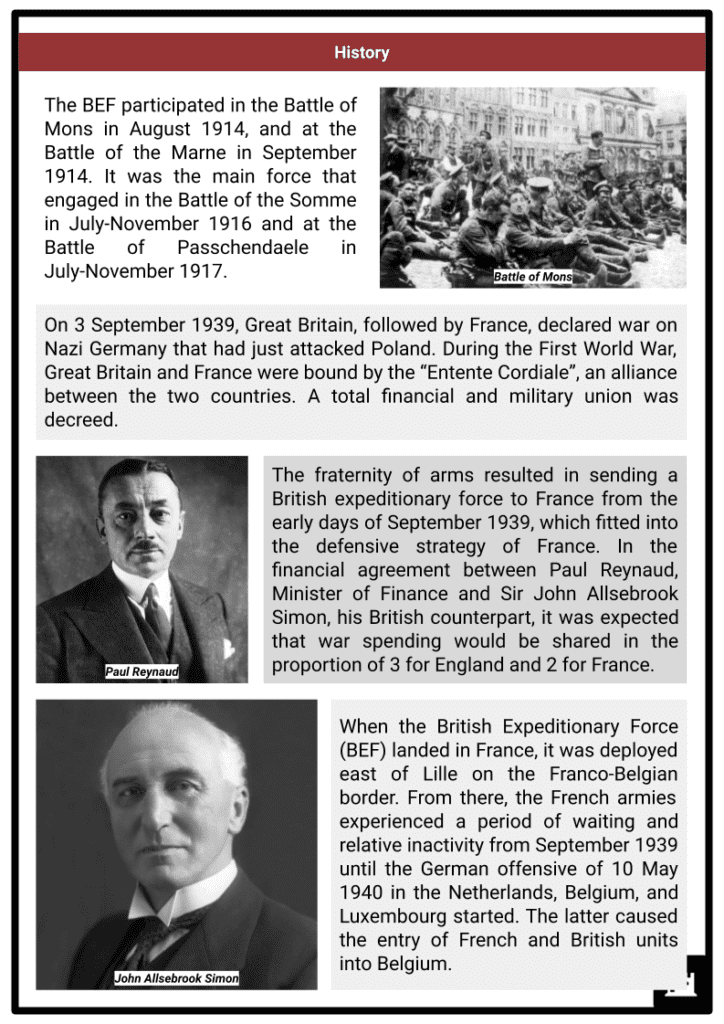 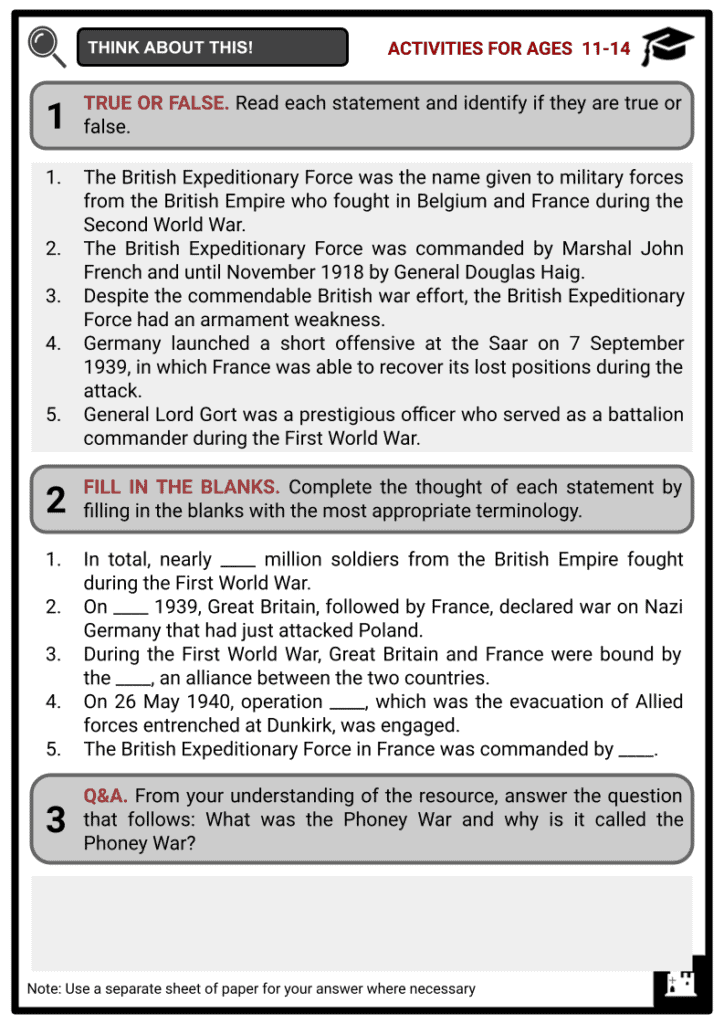 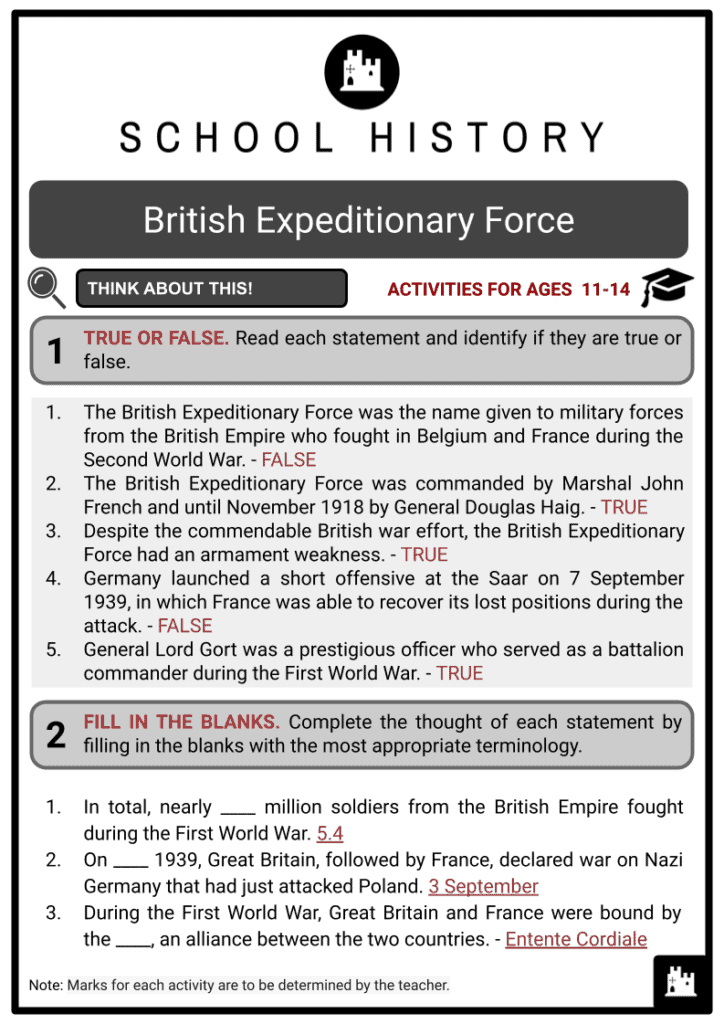 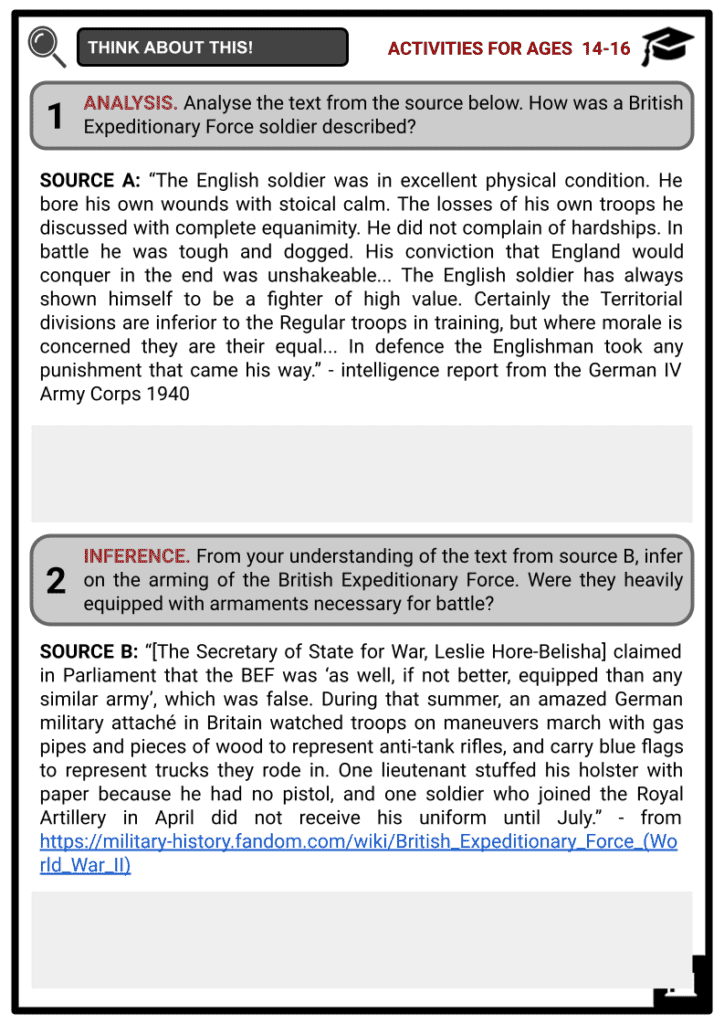 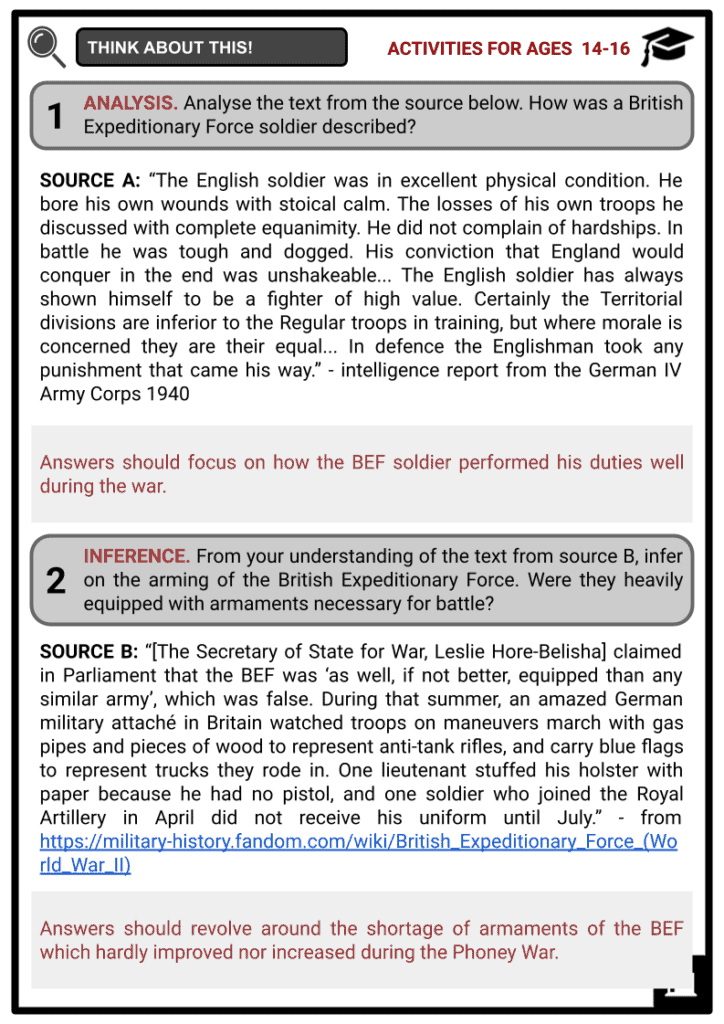 Let’s find out more about the British Expeditionary Force!

The British Expeditionary Force (BEF) was the name given to military forces from the British Empire who fought in Belgium and France during the First World War. The BEF was first trained by professional soldiers. Recruitment was quickly completed by volunteers and conscripts of compulsory military service.

In total, nearly 5.4 million soldiers from the British Empire fought during the First World War (the maximum number present at the same time on the front was 2 million combatants). From August 1914 to December 1915, the BEF was commanded by Marshal John French and until November 1918 by General Douglas Haig.

Command of the BEF

Composition of the BEF

Most of the armoured forces of the BEF in 1939 were: a mechanised cavalry regiment, a regiment of armoured carriages, and a tank regiment (on the 4th Royal Tank Regiment). In addition, the British Air Force and the Royal Air Force (RAF) were the Air Component, a detachment under the orders of the Air Vice Marshal C. Blount and whose mission was to support BEF troops and carry out reconnaissance missions for its benefit.

The Phoney War: Waiting and Training

The Last Fights and the Return of Survivors to England