Do you want to save dozens of hours in time? Get your evenings and weekends back? Be able to teach about Emily Hobhouse to your students? 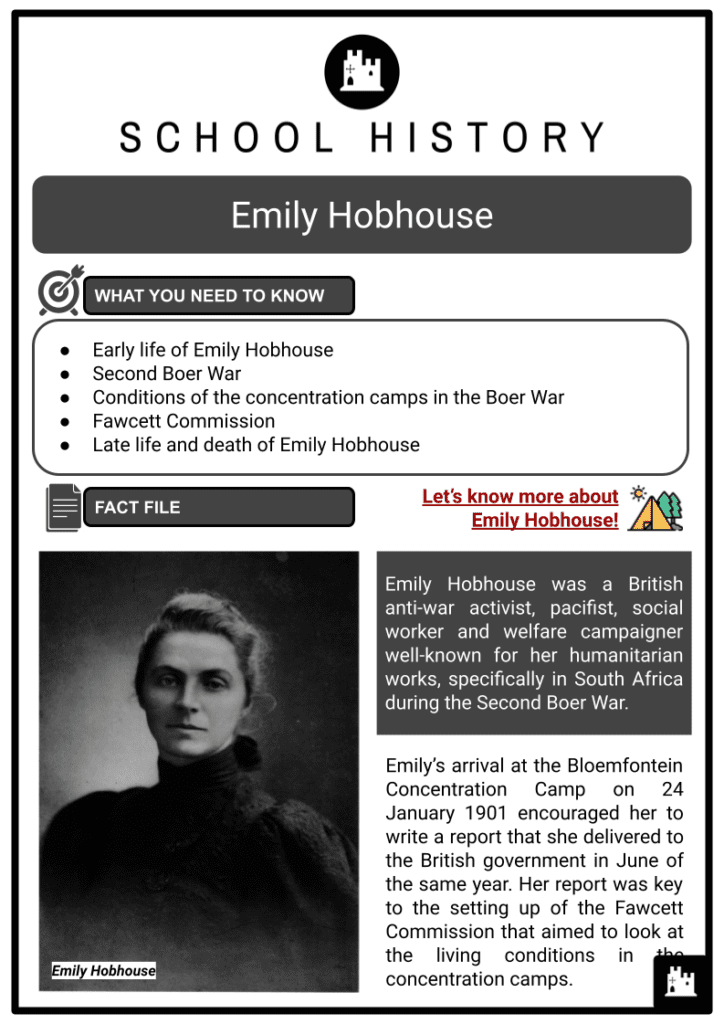 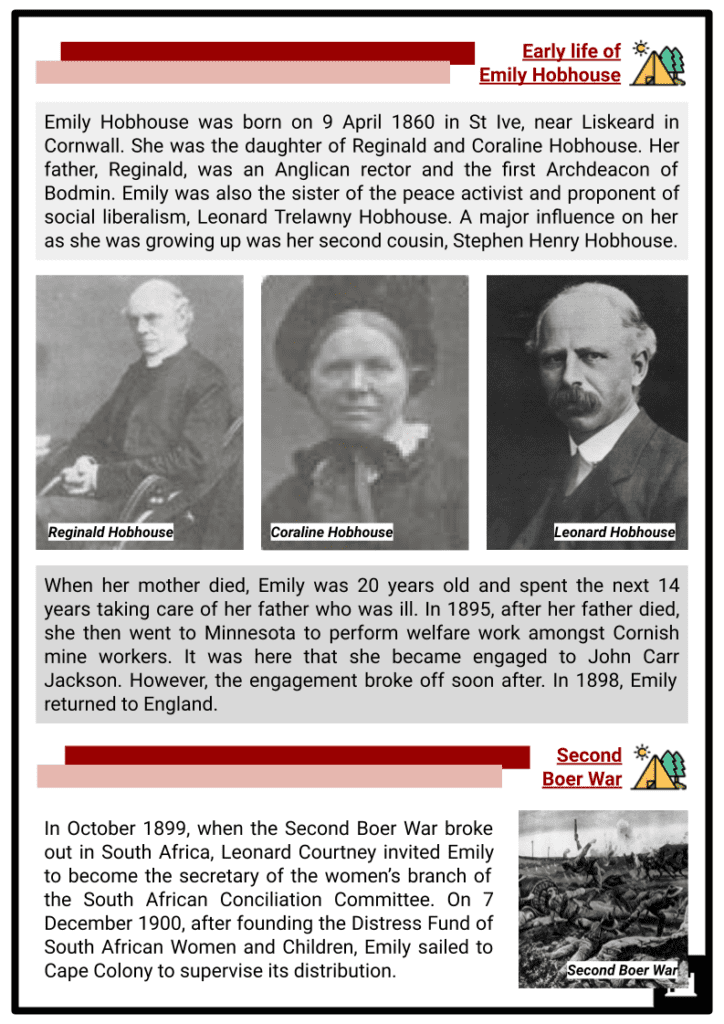 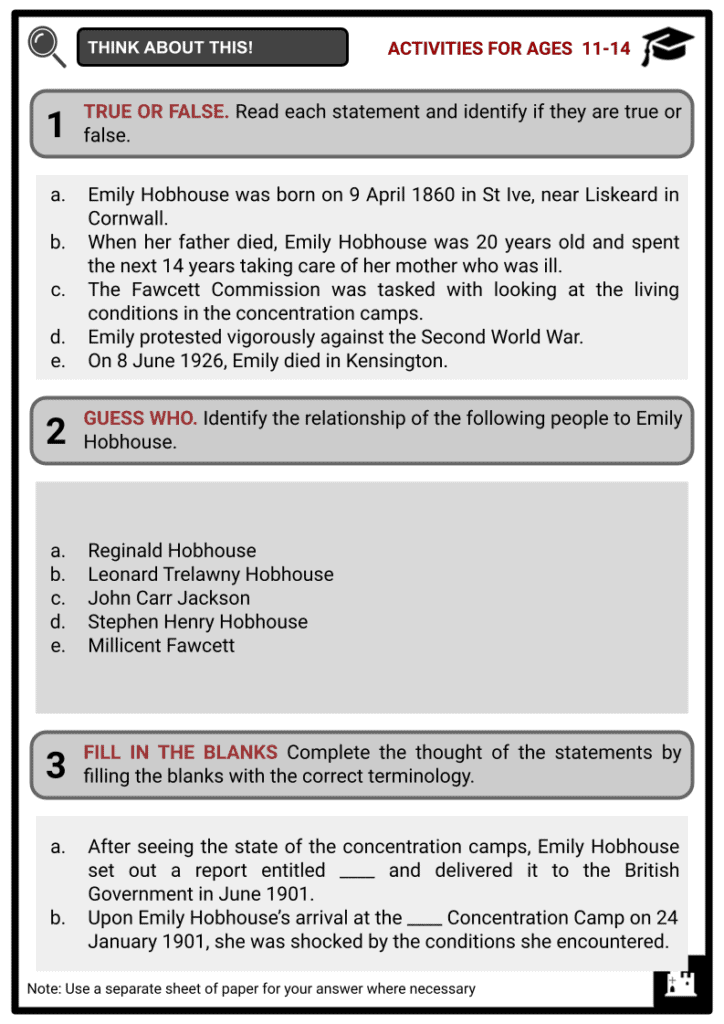 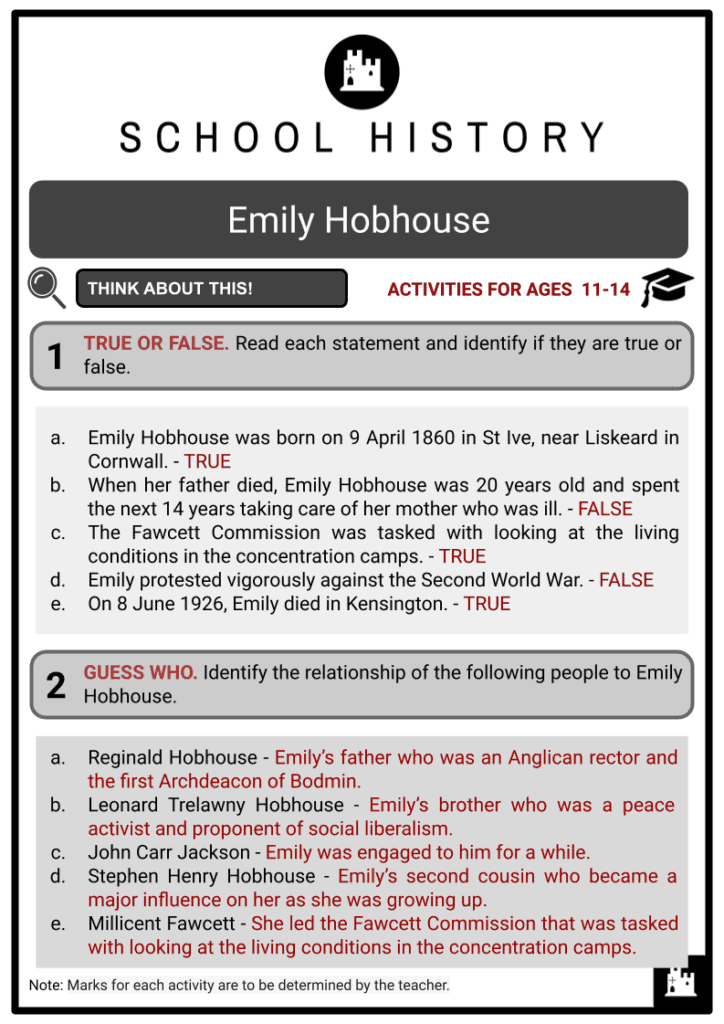 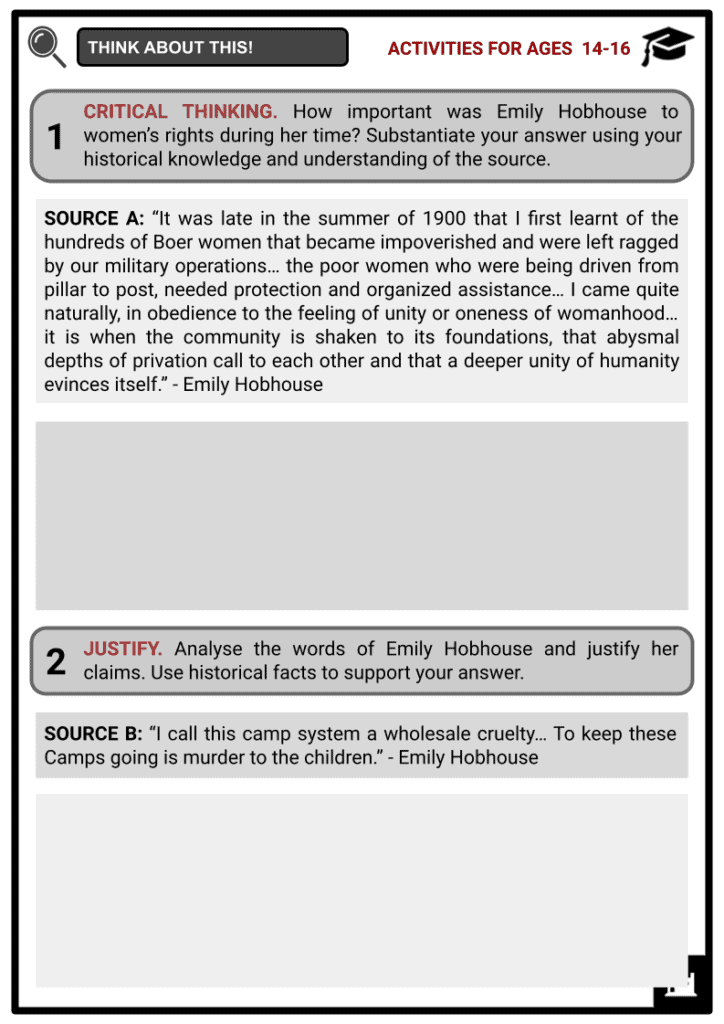 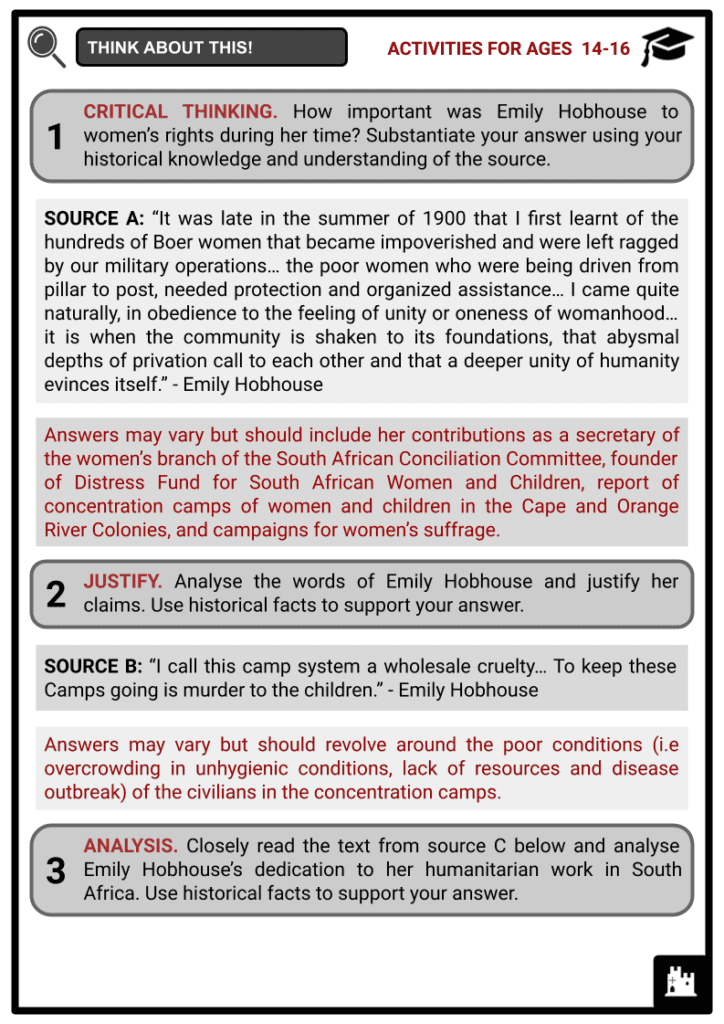 Emily’s arrival at the Bloemfontein Concentration Camp on 24 January 1901 encouraged her to write a report that she delivered to the British government in June of the same year. Her report was key to the setting up of the Fawcett Commission that aimed to look at the living conditions in the concentration camps.

Conditions of the Camps

Mortality rates in the concentration camps were high, reaching a total of 26,370, of which 24,000 were children. Some 50 children a day died in the camps due to overcrowding in unhygienic conditions, lack of resources, and a cruel system.