Do you want to save dozens of hours in time? Get your evenings and weekends back? Be able to teach Federalists vs. Anti-Federalists to your students? 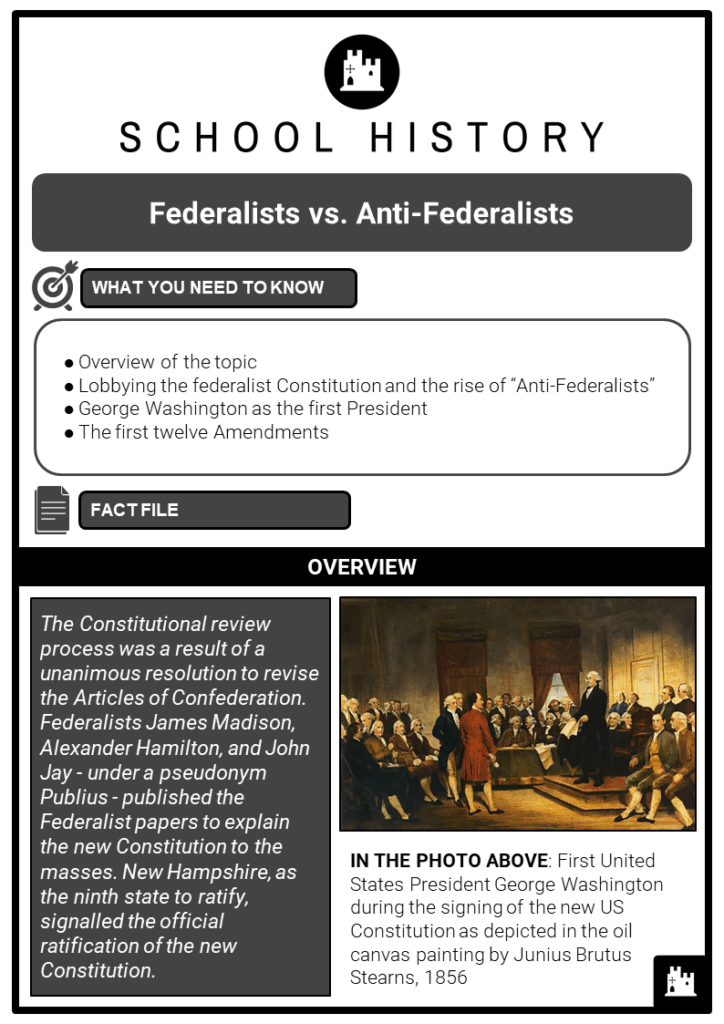 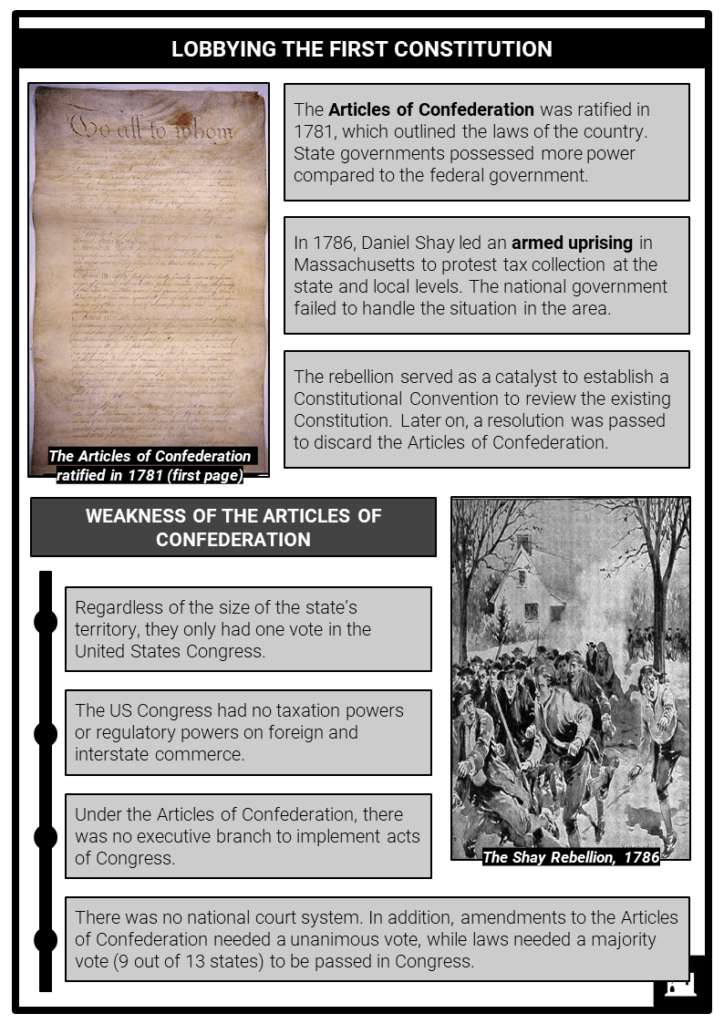 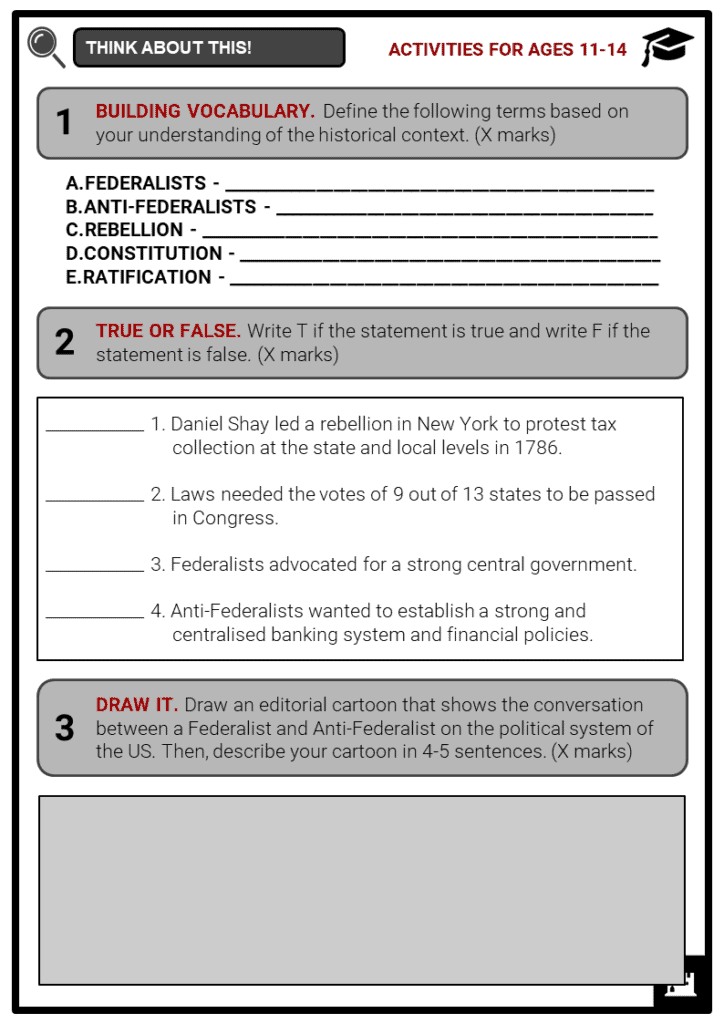 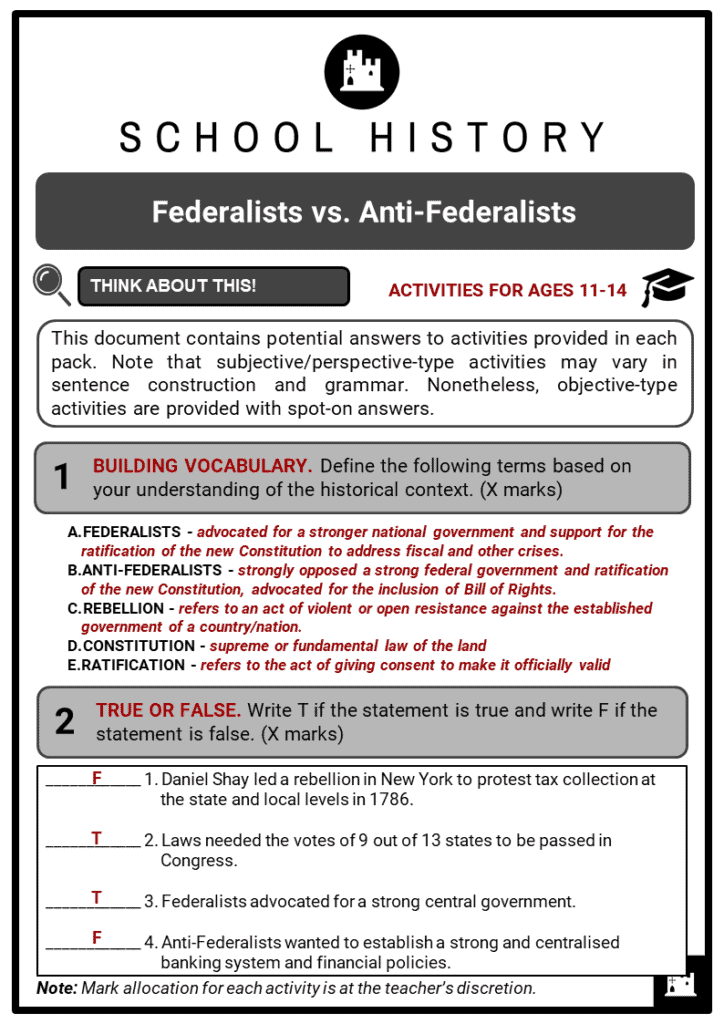 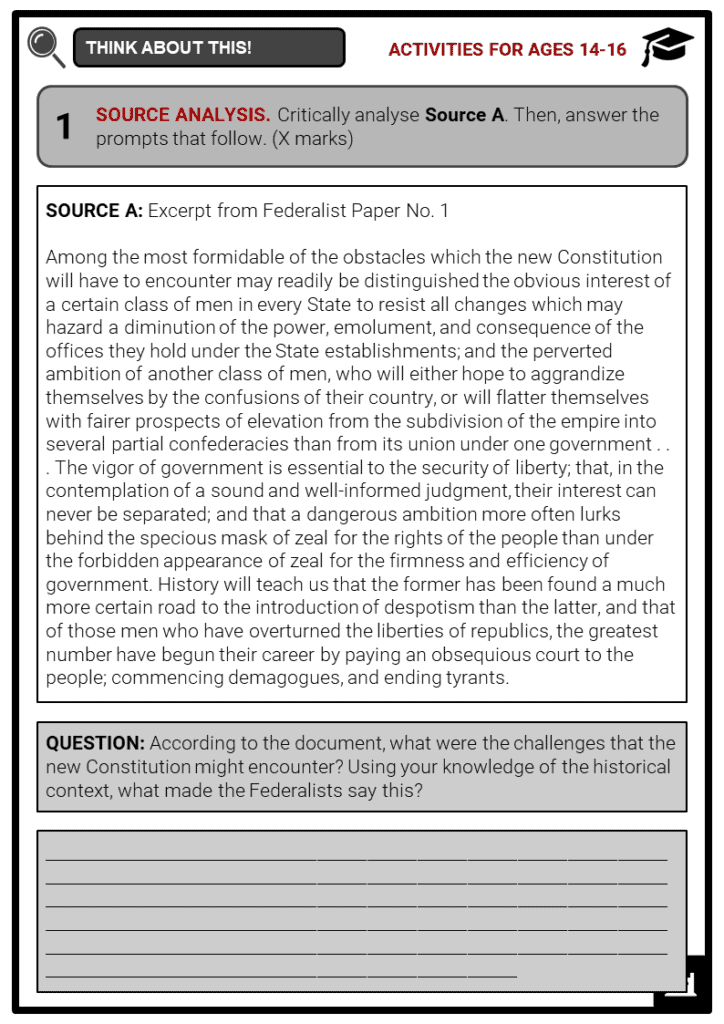 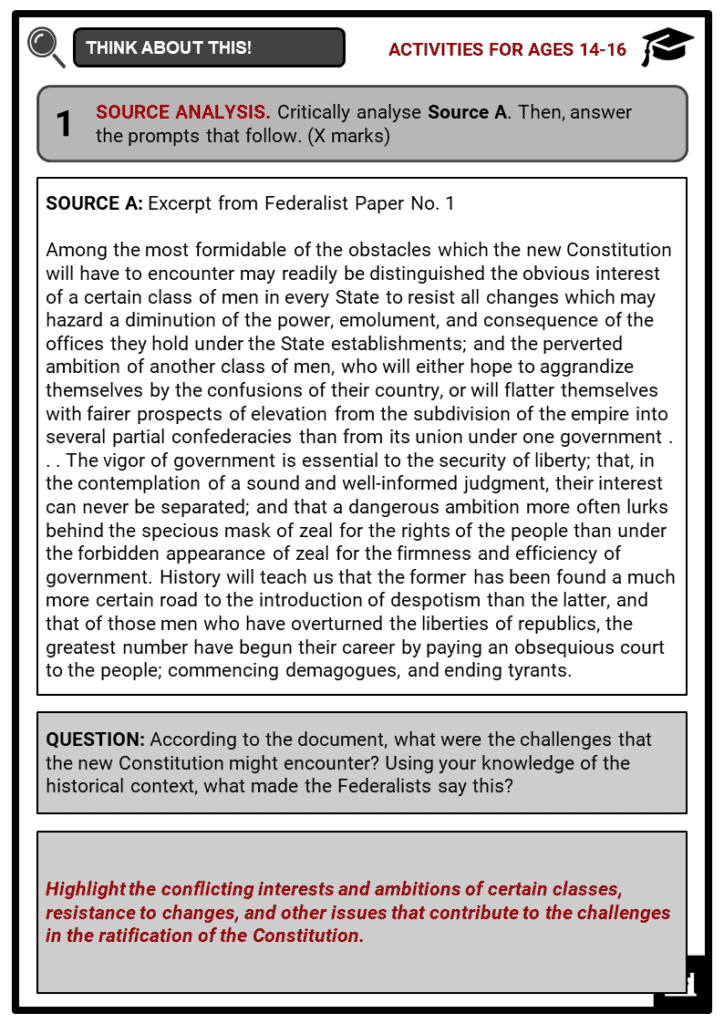 The debate for the US Constitution: Federalists versus Anti-federalists

Lobbying for a Federalist Constitution

When the Constitution was completed, concerns arose as to whether states would approve it. According to the Articles of Confederation, constitution ratification required unanimous approval from the states, which appeared unachievable. Rhode Island, for instance, was against the idea of strengthening the central government earning the nickname “Rogue Island”. They boycotted the Philadelphia sessions to discuss the new Constitutional framework. New York, Massachusetts and Virginia also had concerns over a strong central government.

The Constitutional review process was a result of a unanimous resolution to discard the Articles of Confederation. The delegates, therefore, agreed that they would pursue approval of at least 9 of the 13 states to ratify the new Constitution. On 28 September 1787, the convention leaders submitted the documents to the states and decided that there would be conventions within each state where people would discuss the constitution then pass a vote to approve or reject it, as opposed to going through state legislatures. The public was shocked by the changes between the Articles of Confederation and the new Constitution, with the perception being that the convention would only amend the former and not completely alter the political systems.

The supporters of the Constitutions took the name “Federalists”, a wise choice of word because federalism was understood as being the opposite of centralised power. Its famous proponents were Benjamin Franklin and George Washington. Federalists James Madison, Alexander Hamilton and John Jay, under a pseudonym Publius, took to the newspapers to explain the Constitution as an advocacy strategy for its adoption within the states. Jointly they wrote eighty-five essays which are presently known as The Federalist Papers.

The Federalists called critics of the Constitution “Anti-Federalists” to reduce their opposition to the constitution as mere cynicism. The most prominent Anti-Federalists were Samuel Adams and Patrick Henry, whose main concern was that the constitution would favour elites over common folk, weaken state governments and result in an increase in taxes. Most Anti-Federalists were farmers, debtors and lower class people with their most pressing objective being the absence of a bill of rights to counter the powerful central government. Further, they were not convinced that republicanism was possible in countries like America since the only examples at the time were Switzerland and the Netherlands.

The Federalists papers revolved around five main themes: checks and balances, separation of powers, pluralism, and representation. Through these series of papers, the authors were able to address the fears that some of the people had concerning the new Constitution, including the control of the militia, the powers of the central government against the states and other institutions and public engagement.

In December 1787, Delaware, Pennsylvania and New Jersey were the first states to ratify the constitution. Between January and May of 1788, Georgia, Connecticut, Massachusetts, Maryland, and South Carolina accepted it. New Hampshire was the ninth state to ratify, meaning the threshold of nine out of the 13 colonies was achieved. The Constitution came into effect, and the Continental Congress gave way to the new Congress with New York as its headquarters and 4 March 1789 was the date set for the first Congress to convene.

However, the framers understood the importance of the constitution being accepted by all thirteen states. They continued in their advocacy and finally in the summer of 1788, Virginia and New York ratified. North Carolina and Rhode Island waited until the new Congress fulfilled its promise to draft a Bill of Rights. North Carolina ratified on 21 November 1789, and Rhode Island on 29 May 1790.

George Washington was the first President of the United States, and the only President in the history of the US to win the presidency by a popular vote in the electoral college. Throughout his Presidency, Washington was anxious about leading the young nation through the uncertainties that lay ahead. He was successful because of his negotiation abilities and commitment to address the deep divisions that had arisen through the Revolution War and the Constitutional debate.

He surrounded himself with wise people such as Vice President Adams and Attorney General Edmond Randolph. Thomas Jefferson was head of the Department of State and Alexander Hamilton, head of Treasury.

Among the hesitation behind the states failing to ratify the Constitution was that the central government's unfettered powers would take away civil liberties. The federalists had made a commitment that the Bill of Rights would be the first priority of the new Congress.

James Madison led the way for the amendment of the Constitution to include the bill of rights. Madison drafted seventeen amendments, but only twelve were approved by a two-thirds majority in both houses:  Senate and House of Representatives as well as three-quarters of the States as provided in the Constitution. Ten of those amendments formed the bill of rights, the other one gave additional powers to the states, and the third ? one was a right guaranteeing adherence to the Bill of Rights even on issues not expressly provided for in the ten amendments.

Of the two rejected amendments, the first was the Congressional pay amendment, to limit Congress from increasing their salary. It was, however, approved in 1992 as the 27th Amendment of the Constitution. The other, known as the “Article the First”,  sort to provide a formula for the number of House members based on each decennial census. If the amendment was approved, the present-day House of Representatives would be between 800 to 5000 representatives, against 435.

The approved bill of rights included freedom of the press, religion, speech, and assembly; the right to firearms; the right to refuse to quarter soldiers on private property; the right to trial by jury, protection against unreasonable searches and seizures; and protection against cruel and unusual punishment. The tenth amendment gives the states Residual Powers by providing that the States have powers not delegated to the federal government and not prohibited to be exercised by the states governments.