Do you want to save dozens of hours in time? Get your evenings and weekends back? Be able to teach about Frida Kahlo to your students? 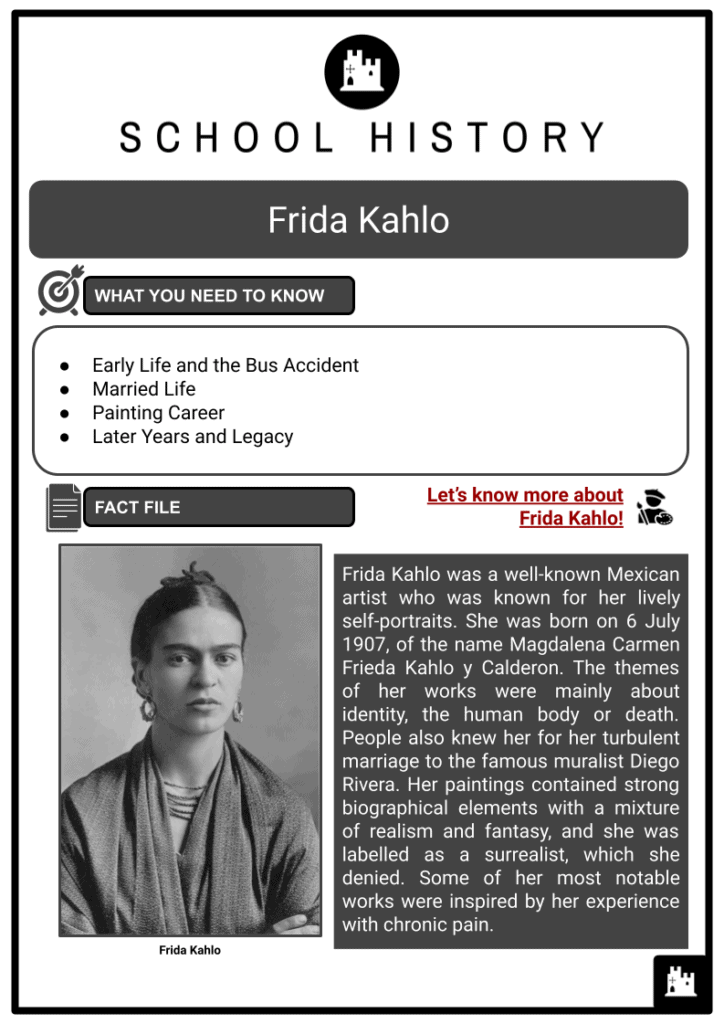 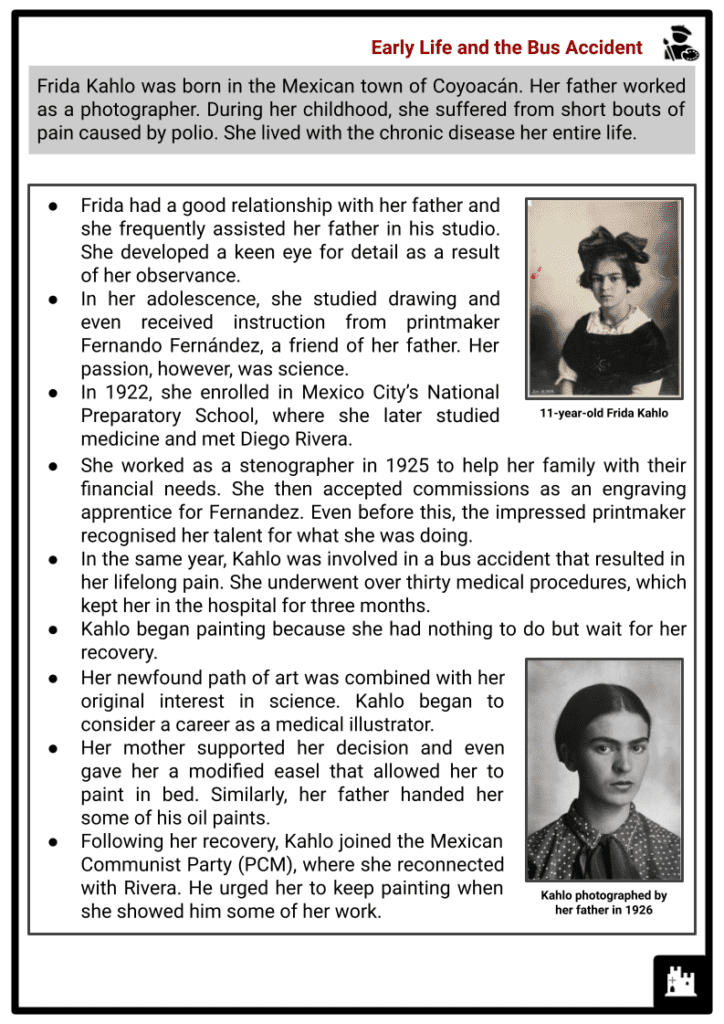 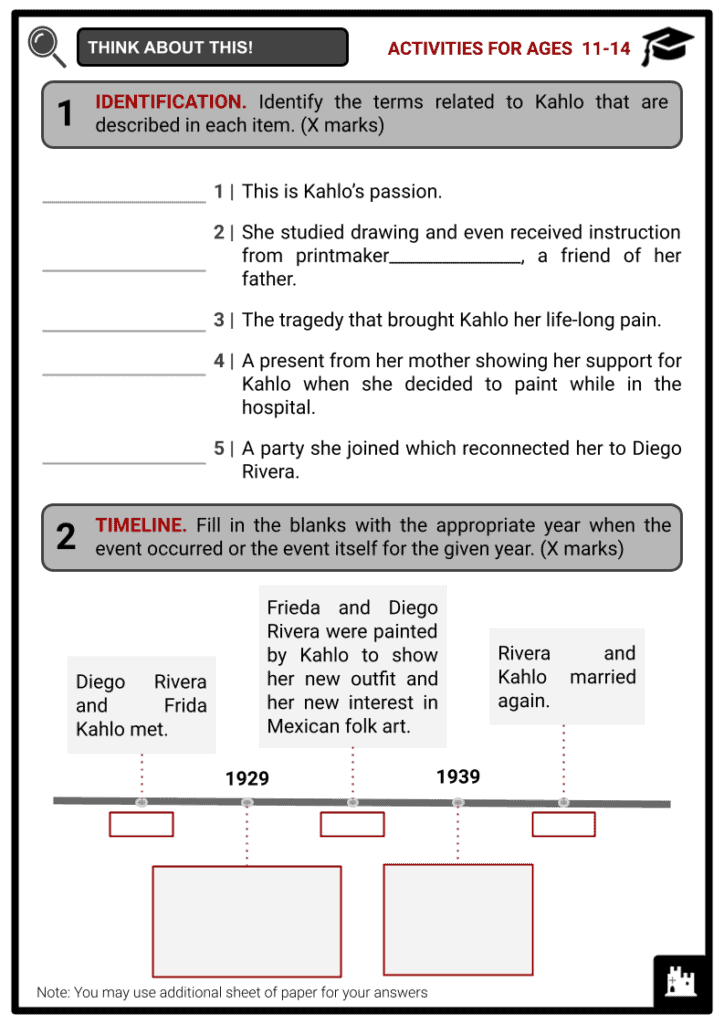 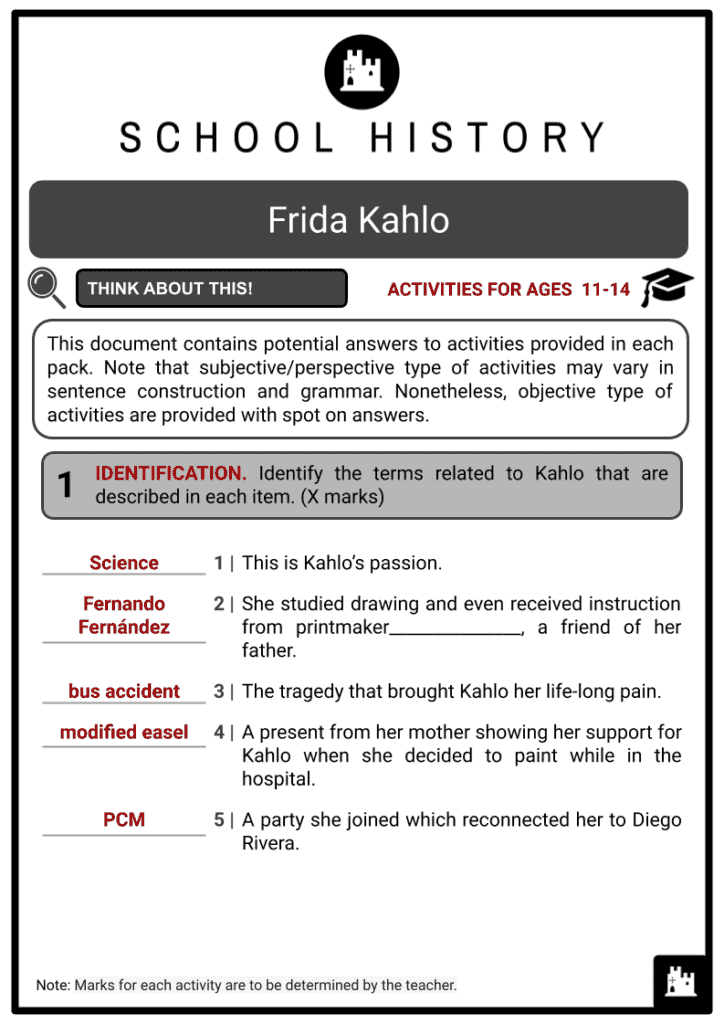 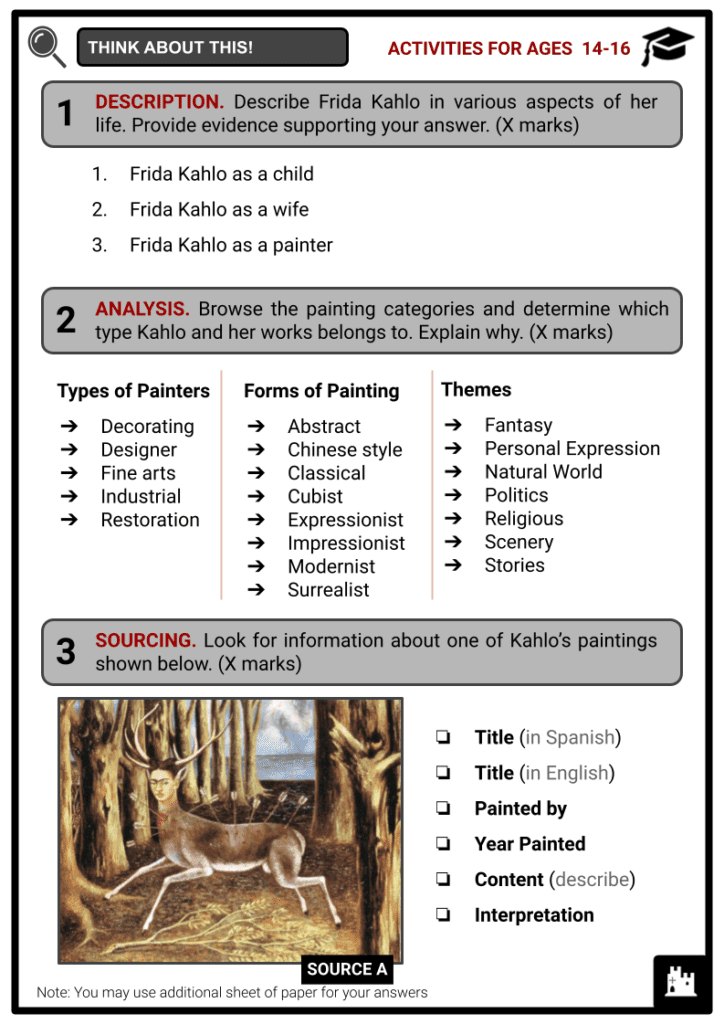 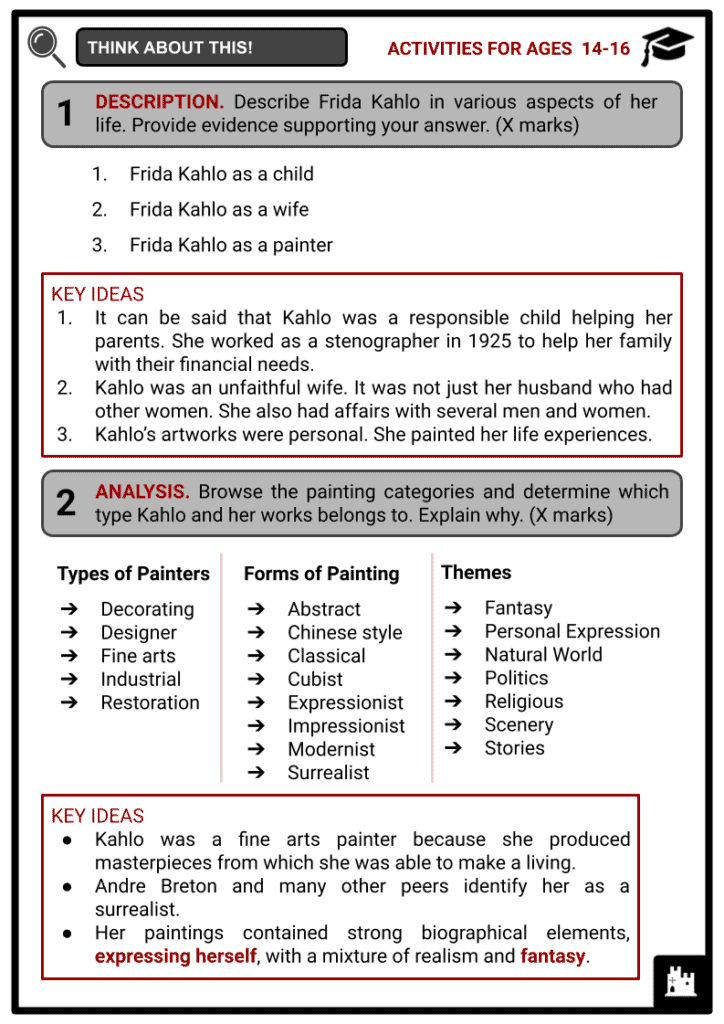 Frida Kahlo was a well-known Mexican artist who was known for her lively self-portraits. She was born on 6 July 1907, of the name Magdalena Carmen Frieda Kahlo y Calderon. The themes of her works were mainly about identity, the human body or death. People also knew her for her turbulent marriage to the famous muralist Diego Rivera. Her paintings contained strong biographical elements with a mixture of realism and fantasy, and she was labelled as a surrealist, which she denied. Some of her most notable works were inspired by her experience with chronic pain.

Early Life and the Bus Accident