Do you want to save dozens of hours in time? Get your evenings and weekends back? Be able to teach about George VI of England to your students? 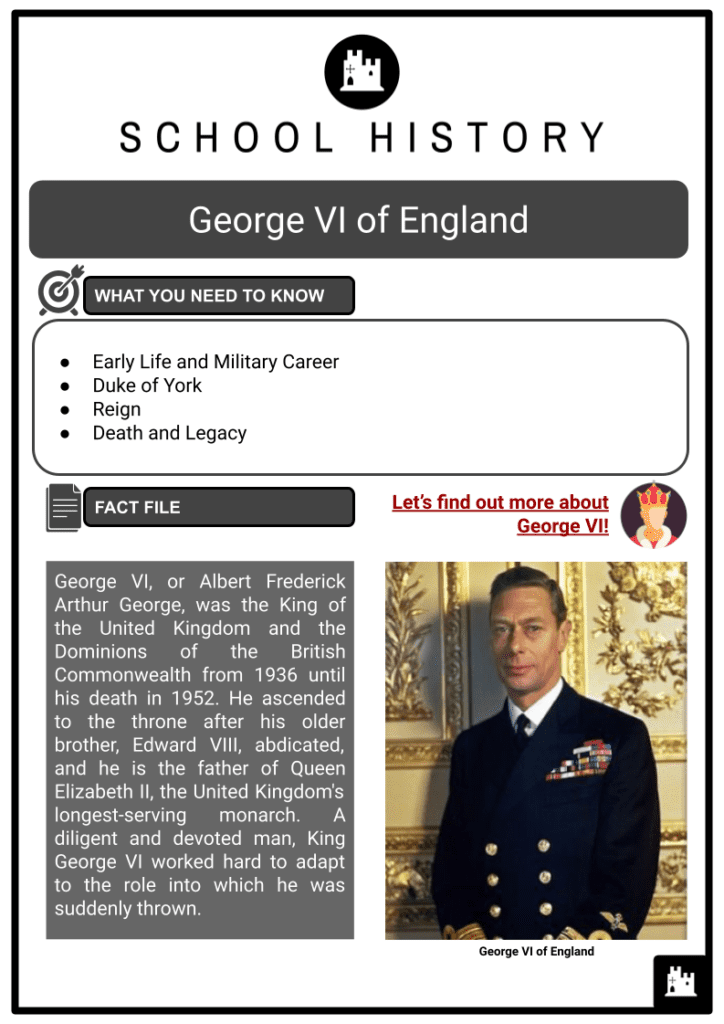 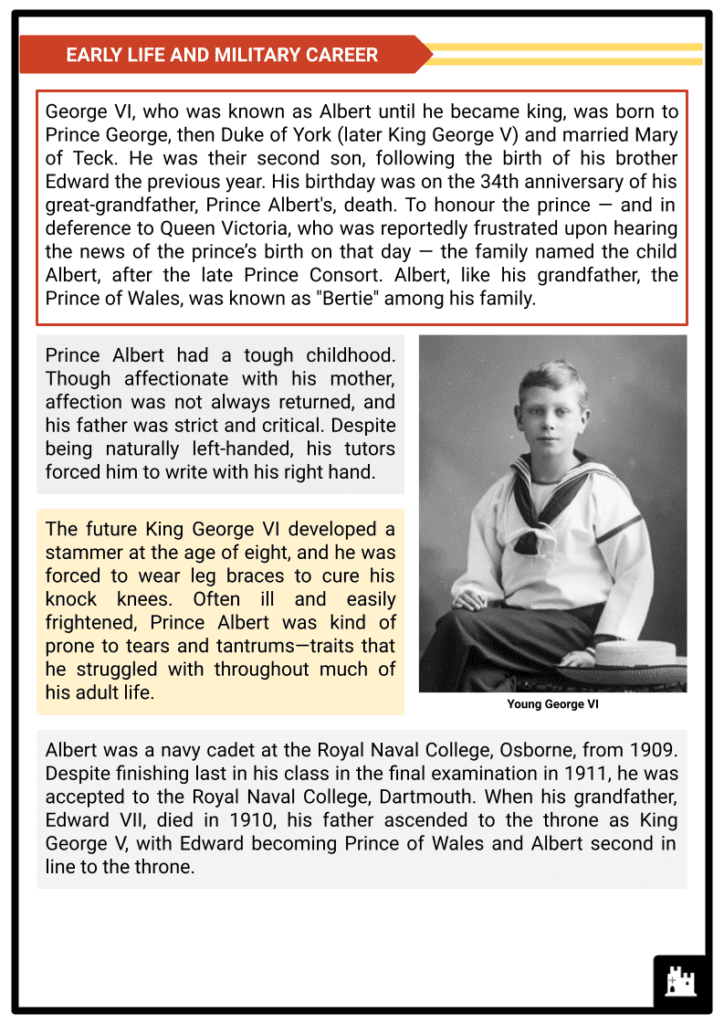 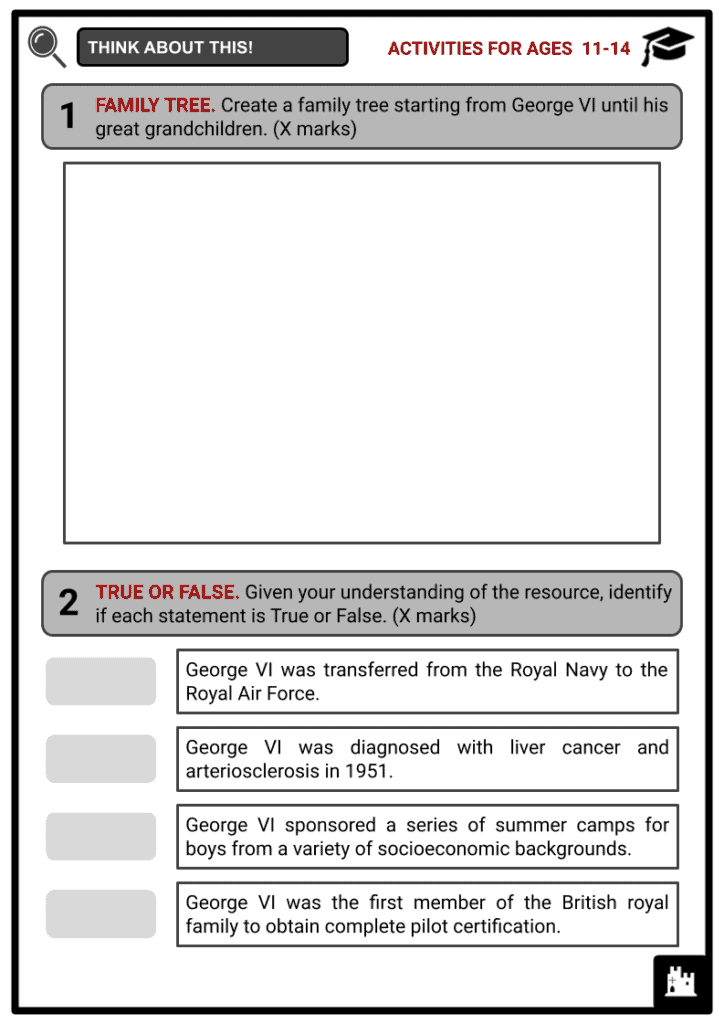 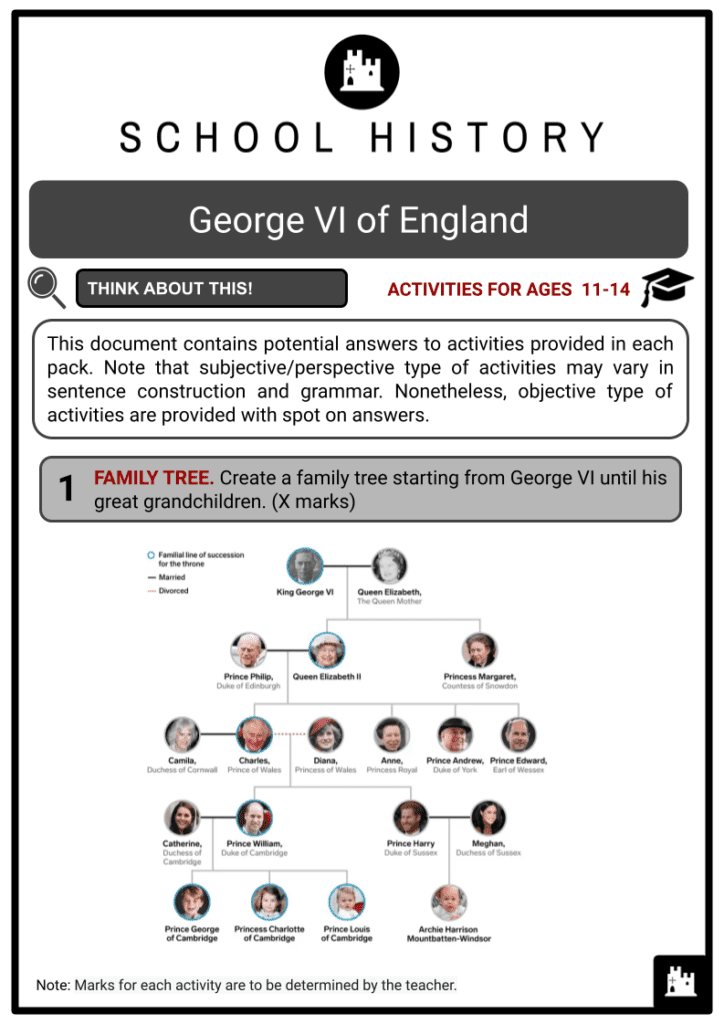 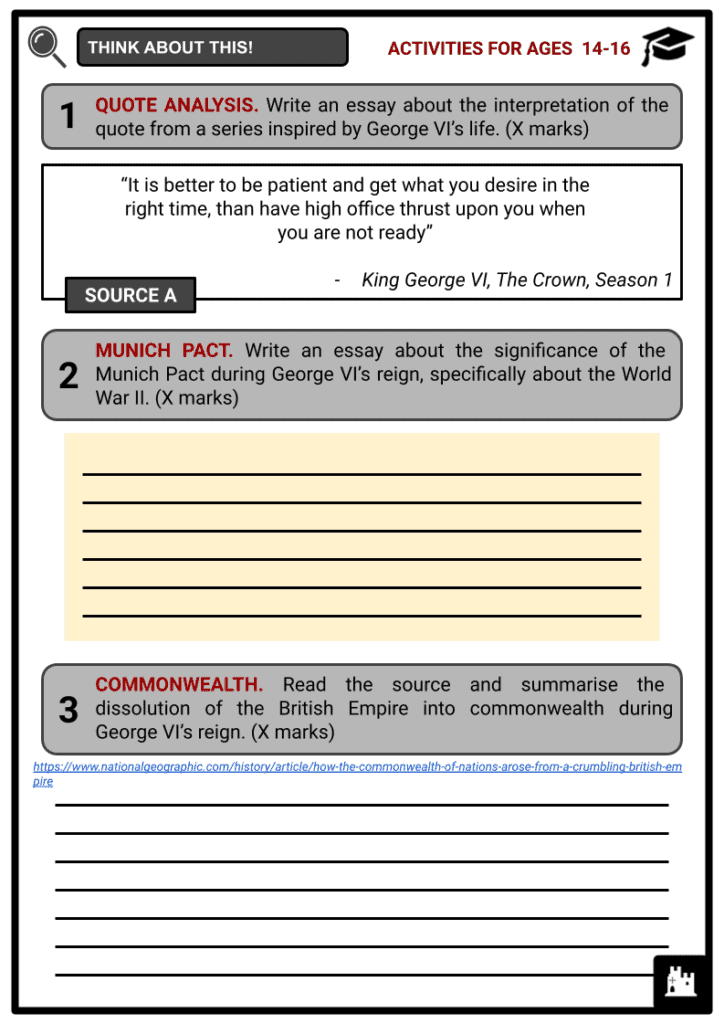 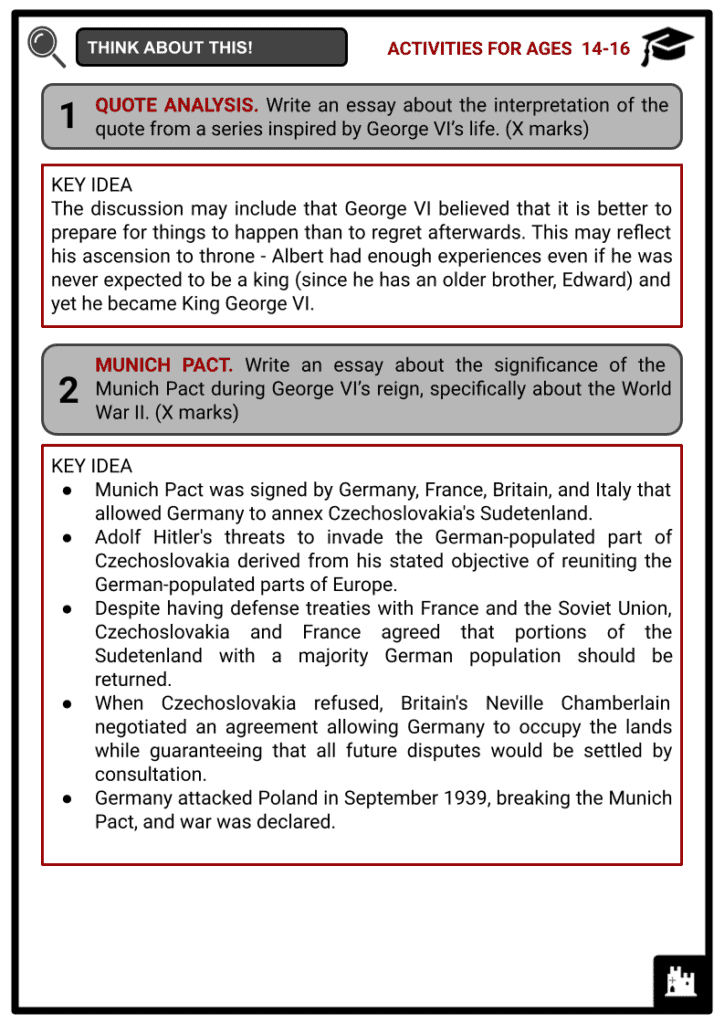 George VI, or Albert Frederick Arthur George, was the King of the United Kingdom and the Dominions of the British Commonwealth from 1936 until his death in 1952. He ascended to the throne after his older brother, Edward VIII, abdicated, and he is the father of Queen Elizabeth II, the United Kingdom's longest-serving monarch. A diligent and devoted man, King George VI worked hard to adapt to the role into which he was suddenly thrown.

ALBERT AS DUKE OF YORK

When George V died in 1936, Albert's brother Edward became King Edward VIII, sparking outrage since Edward planned to marry Wallis Simpson, an American woman who had divorced her first husband and was divorcing her second. The constitutional crisis that ensued was only resolved when Edward opted to abdicate rather than relinquish Wallis. On December 10, 1936, he did so. Because Edward was childless and unmarried, Albert ascended to the throne, using the regnal name George VI in honor of his father. He was crowned in Westminster Abbey on May 12, 1937—the date previously slated for Edward VIII’s coronation.