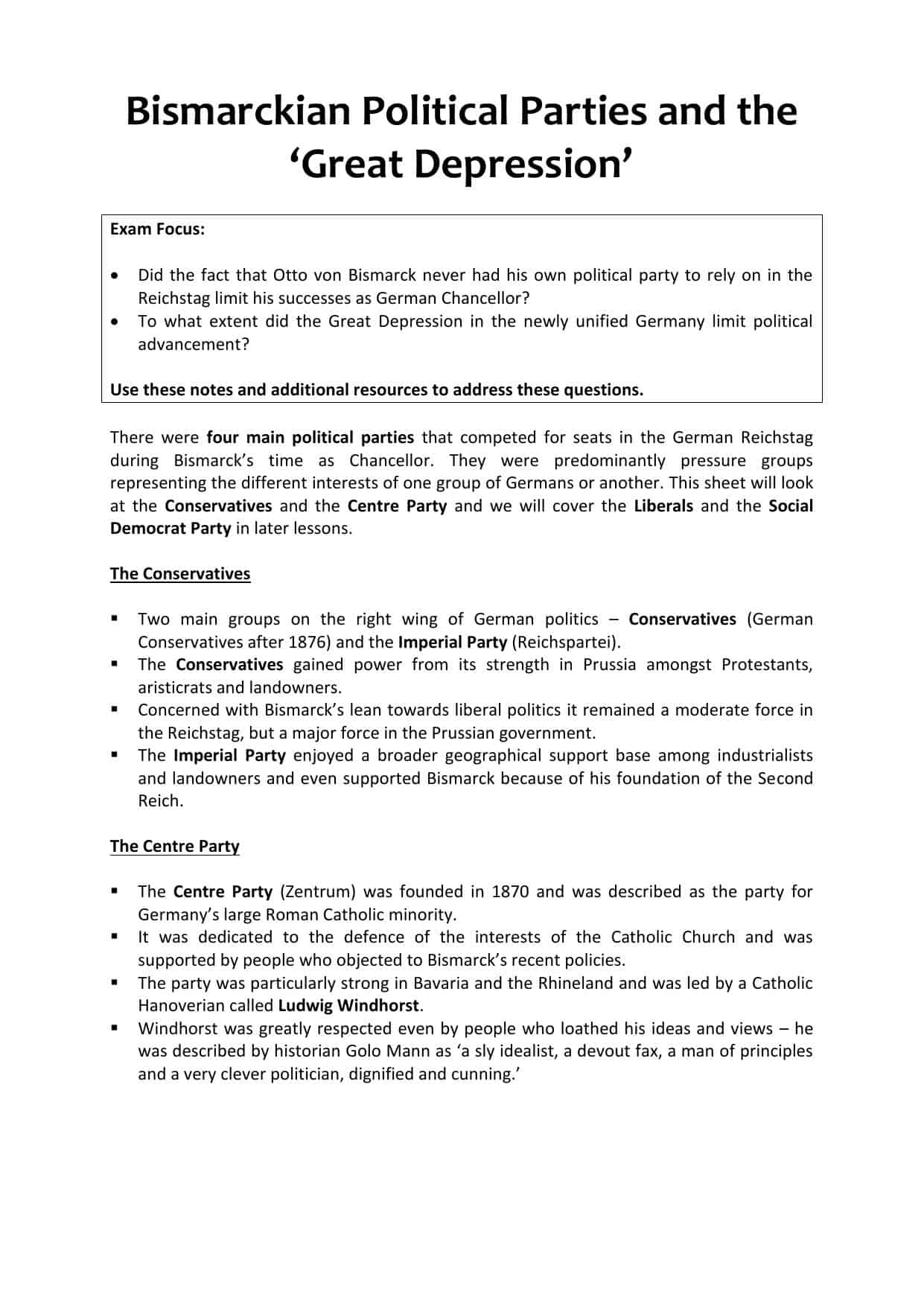 There were four main political parties that competed for seats in the German Reichstag during Bismarck’s time as Chancellor. They were predominantly pressure groups representing the different interests of one group of Germans or another. This sheet will look at the Conservatives and the Centre Party and we will cover the Liberals and the Social Democrat Party in later lessons.

Great Depression and its Political Impact