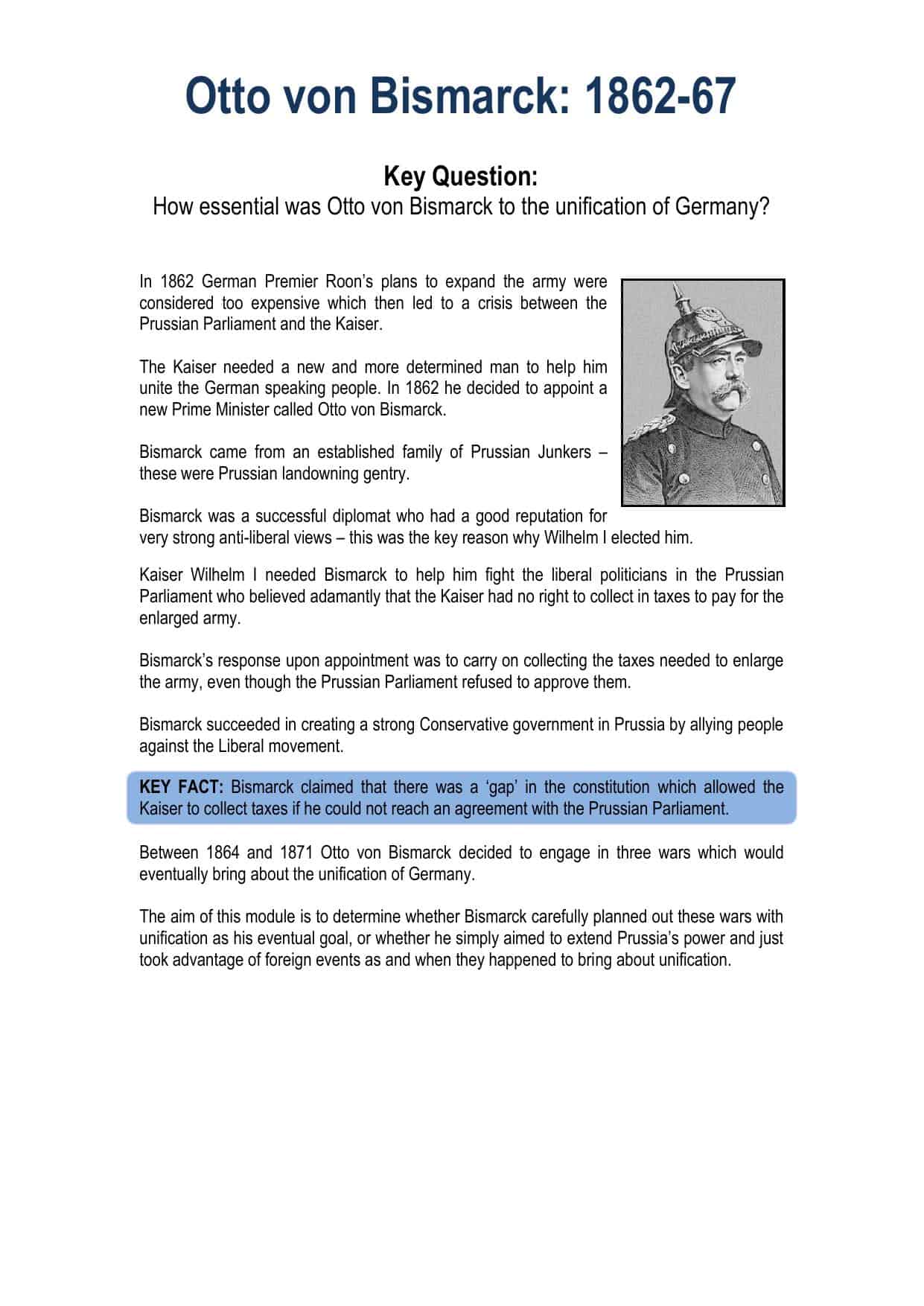 In 1862 German Premier Roon’s plans to expand the army were considered too expensive which then led to a crisis between the Prussian Parliament and the Kaiser.
The Kaiser needed a new and more determined man to help him unite the German speaking people. In 1862 he decided to appoint a new Prime Minister called Otto von Bismarck. Bismarck came from an established family of Prussian Junkers – these were Prussian landowning gentry.

Bismarck was a successful diplomat who had a good reputation for very strong anti-liberal views – this was the key reason why Wilhelm I elected him.
Kaiser Wilhelm I needed Bismarck to help him fight the liberal politicians in the Prussian Parliament who believed adamantly that the Kaiser had no right to collect in taxes to pay for the enlarged army.

Bismarck’s response upon appointment was to carry on collecting the taxes needed to enlarge the army, even though the Prussian Parliament refused to approve them.
Bismarck succeeded in creating a strong Conservative government in Prussia by allying people against the Liberal movement.

KEY FACT: Bismarck claimed that there was a ‘gap’ in the constitution which allowed the Kaiser to collect taxes if he could not reach an agreement with the Prussian Parliament.

Between 1864 and 1871 Otto von Bismarck decided to engage in three wars which would eventually bring about the unification of Germany.
The aim of this module is to determine whether Bismarck carefully planned out these wars with unification as his eventual goal, or whether he simply aimed to extend Prussia’s power and just took advantage of foreign events as and when they happened to bring about unification.