Do you want to save dozens of hours in time? Get your evenings and weekends back? Be able to teach about the German Workers' Party to your students? 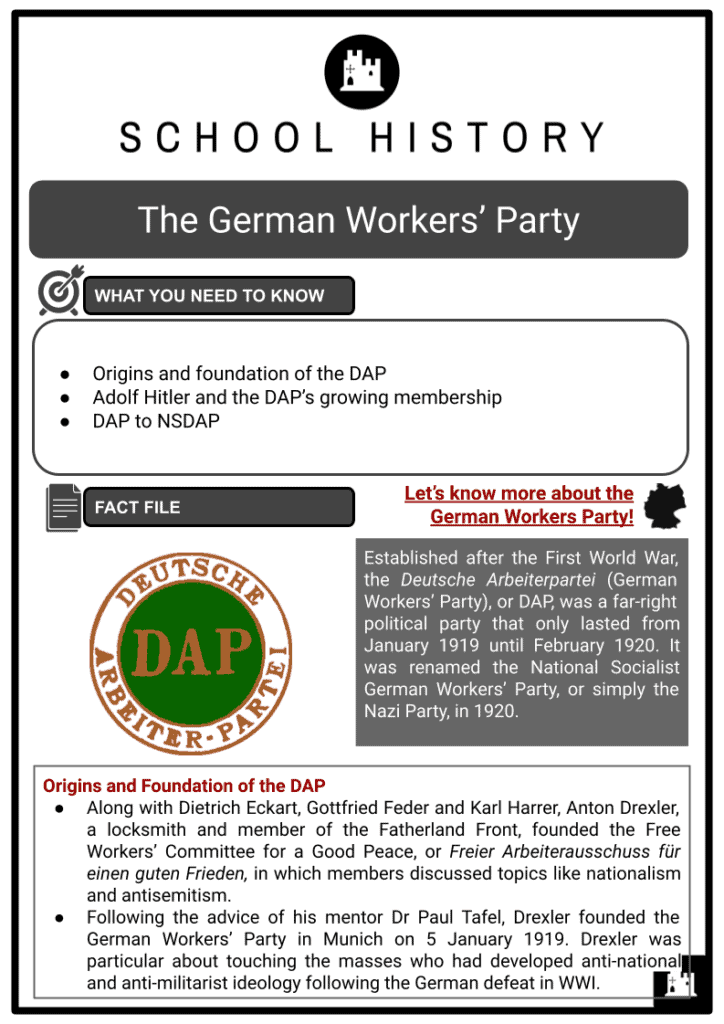 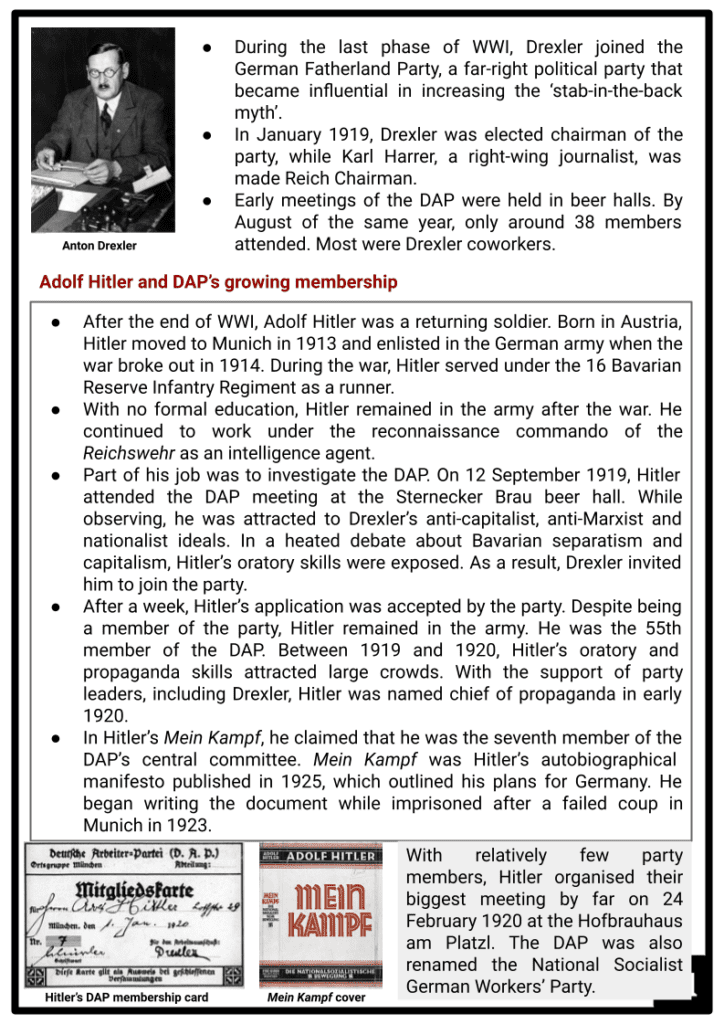 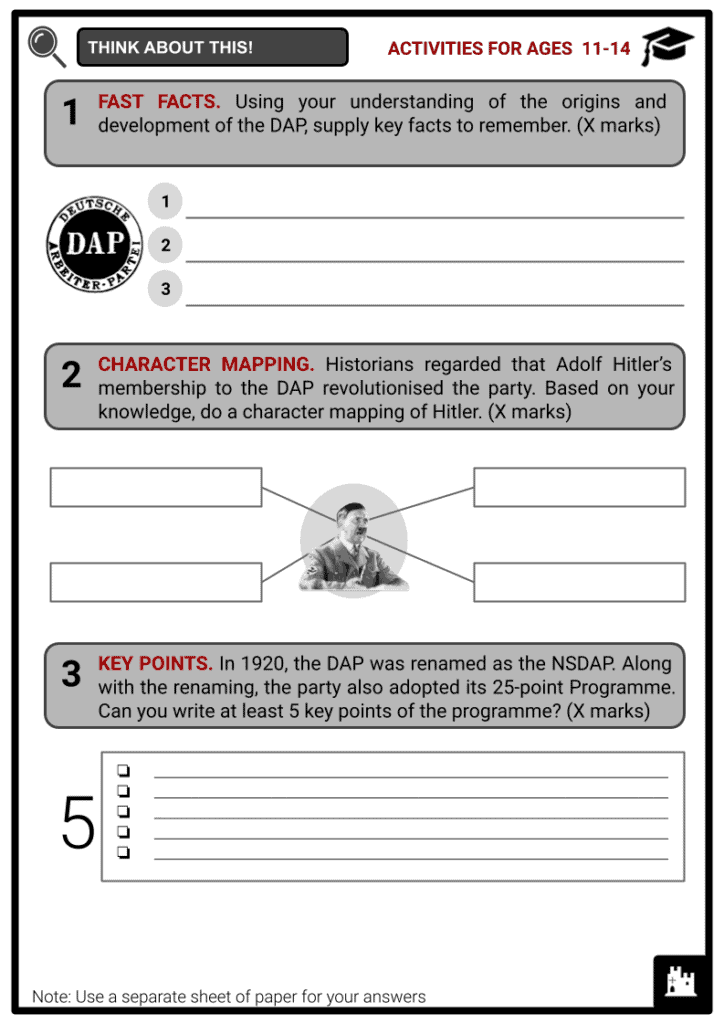 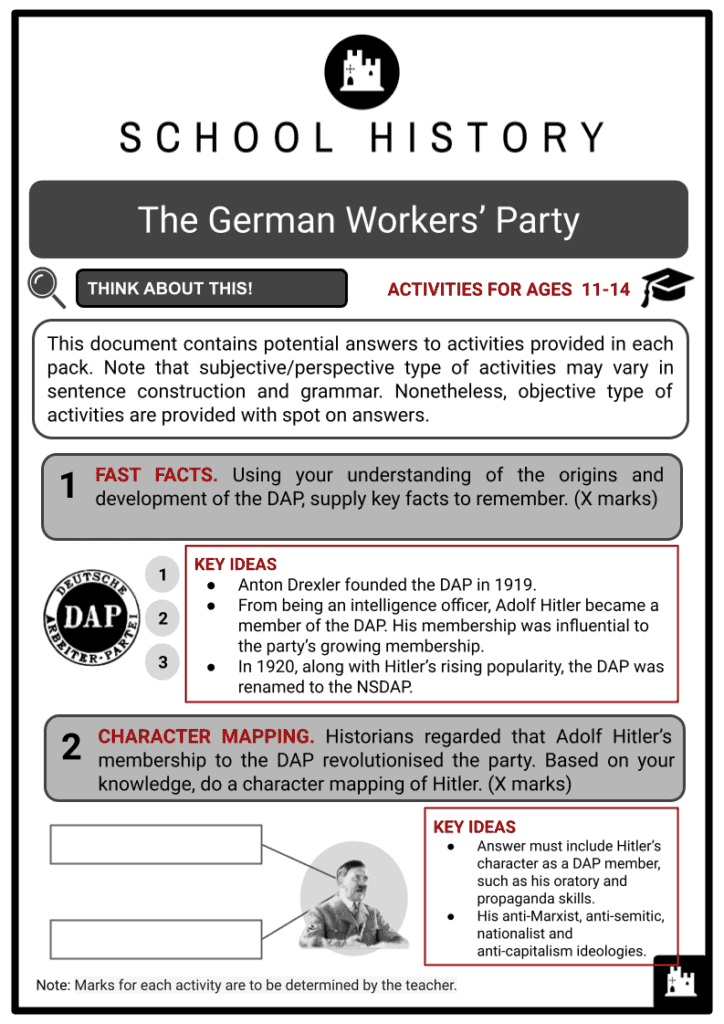 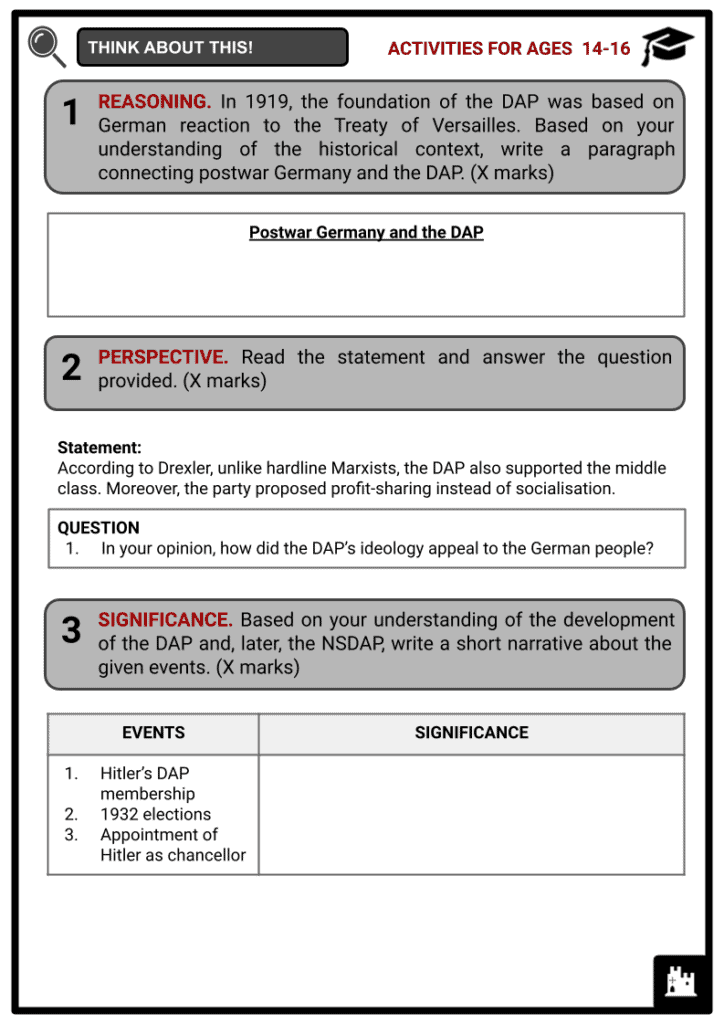 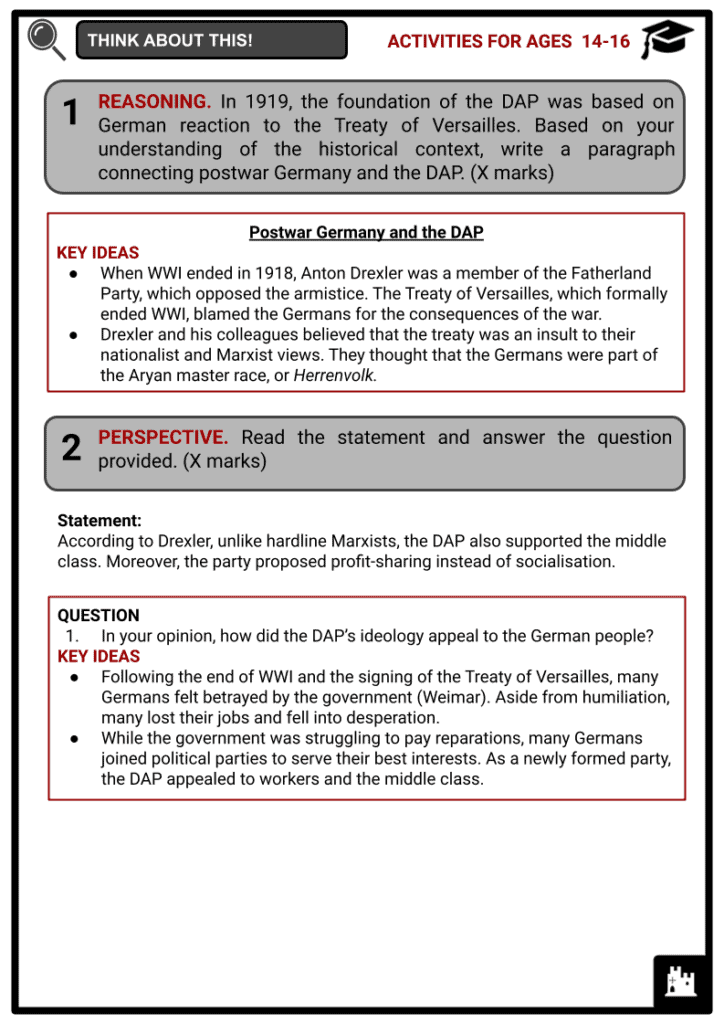 Let’s find out more about the German Workers' Party!

Established after the First World War, the Deutsche Arbeiterpartei (German Workers’ Party), or DAP, was a far-right political party that only lasted from January 1919 until February 1920. It was renamed the National Socialist German Workers’ Party, or simply the Nazi Party, in 1920.

Origins and Foundations of the DAP

English translation of the manifesto