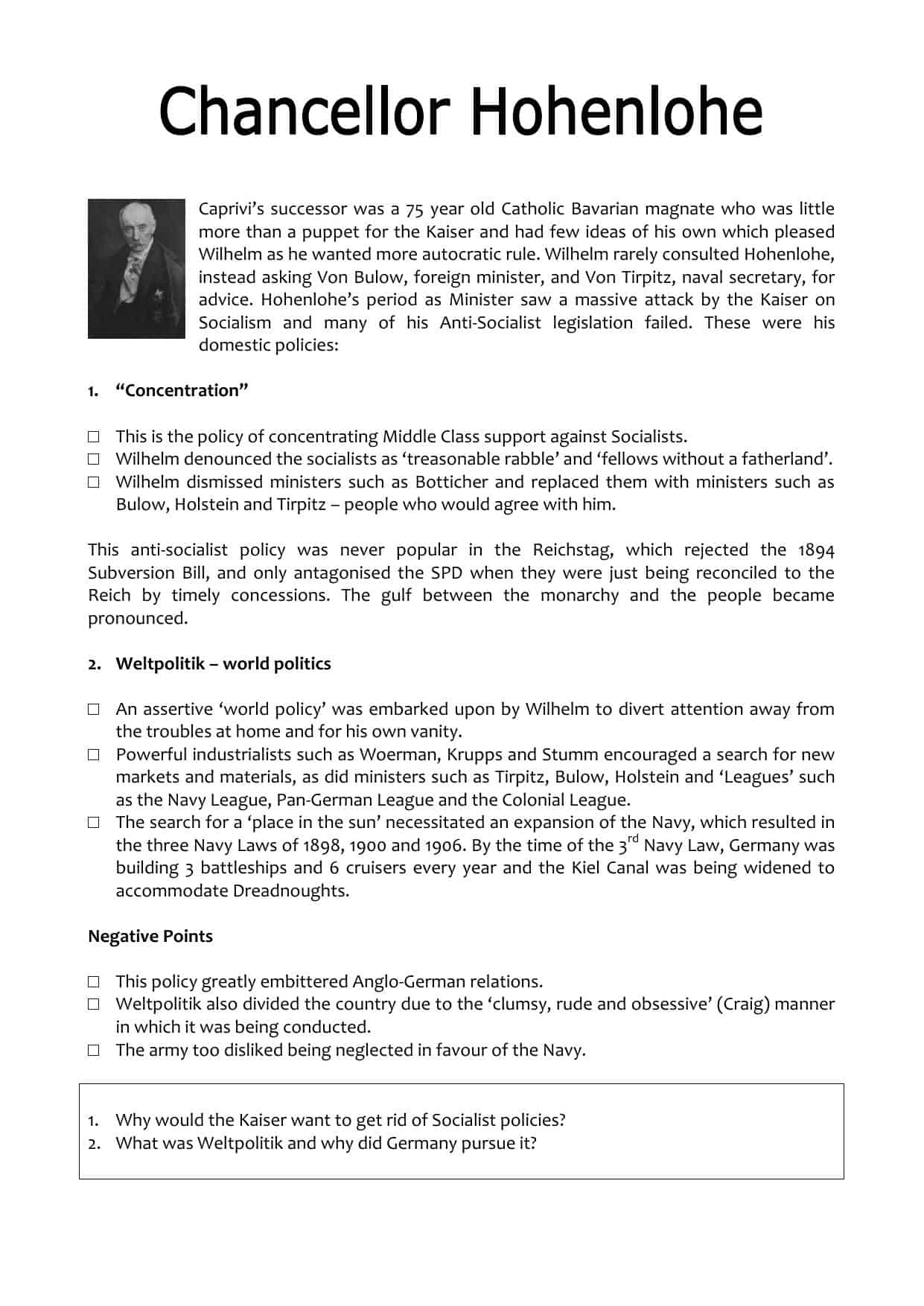 Caprivi’s successor was a 75 year old Catholic Bavarian magnate who was little more than a puppet for the Kaiser and had few ideas of his own which pleased Wilhelm as he wanted more autocratic rule. Wilhelm rarely consulted Hohenlohe, instead asking Von Bulow, foreign minister, and Von Tirpitz, naval secretary, for advice. Hohenlohe’s period as Minister saw a massive attack by the Kaiser on Socialism and many of his Anti-Socialist legislation failed.