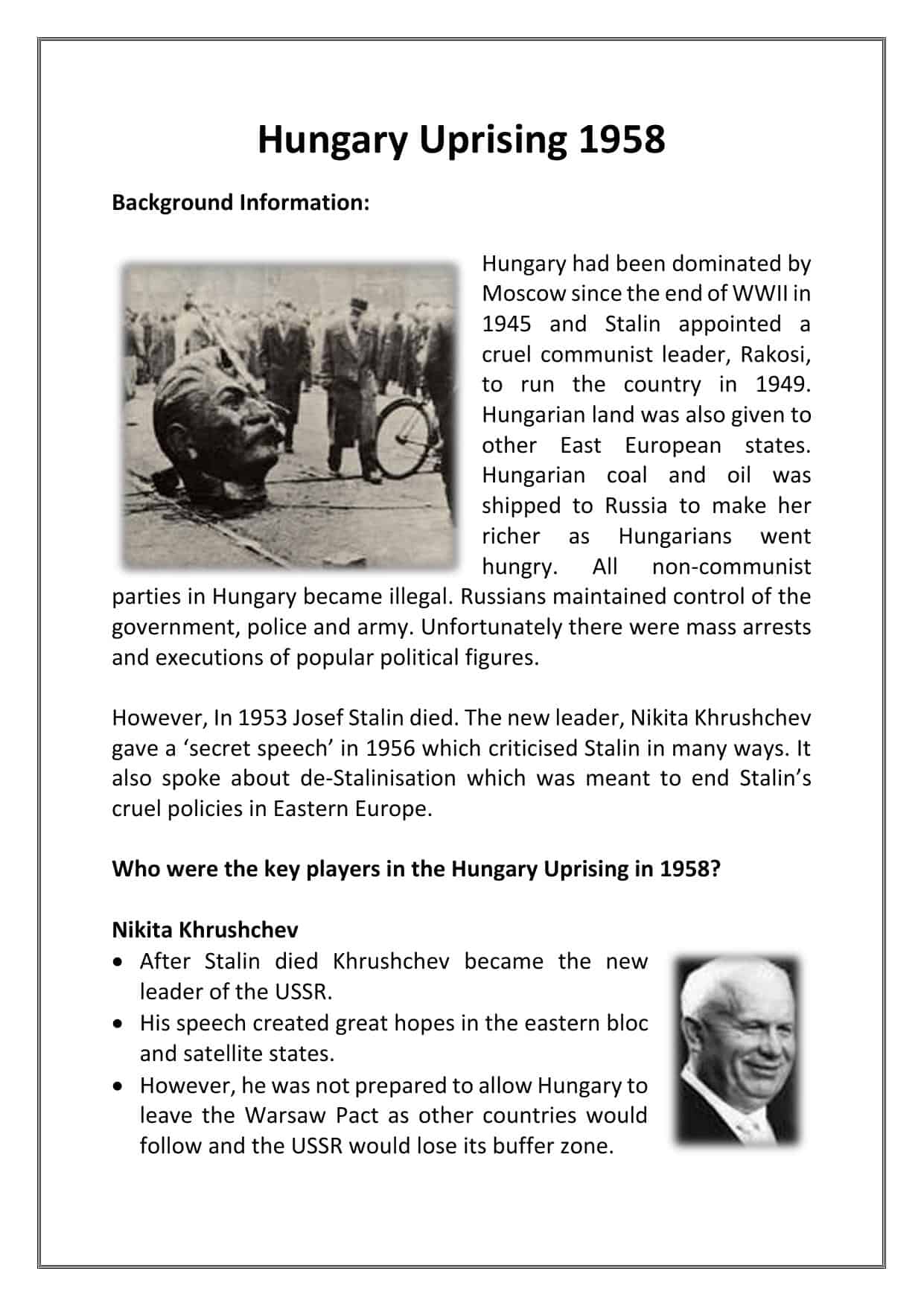 Hungary had been dominated by Moscow since the end of WWII in 1945 and Stalin appointed a cruel communist leader, Rakosi, to run the country in 1949. Hungarian land was also given to other East European states. Hungarian coal and oil was shipped to Russia to make her richer as Hungarians went hungry. All non-communist
parties in Hungary became illegal. Russians maintained control of the government, police and army. Unfortunately there were mass arrests and executions of popular political figures.
However, In 1953 Josef Stalin died. The new leader, Nikita Khrushchev gave a ‘secret speech’ in 1956 which criticised Stalin in many ways. It also spoke about de-Stalinisation which was meant to end Stalin’s cruel policies in Eastern Europe.

Who were the key players in the Hungary Uprising in 1958?