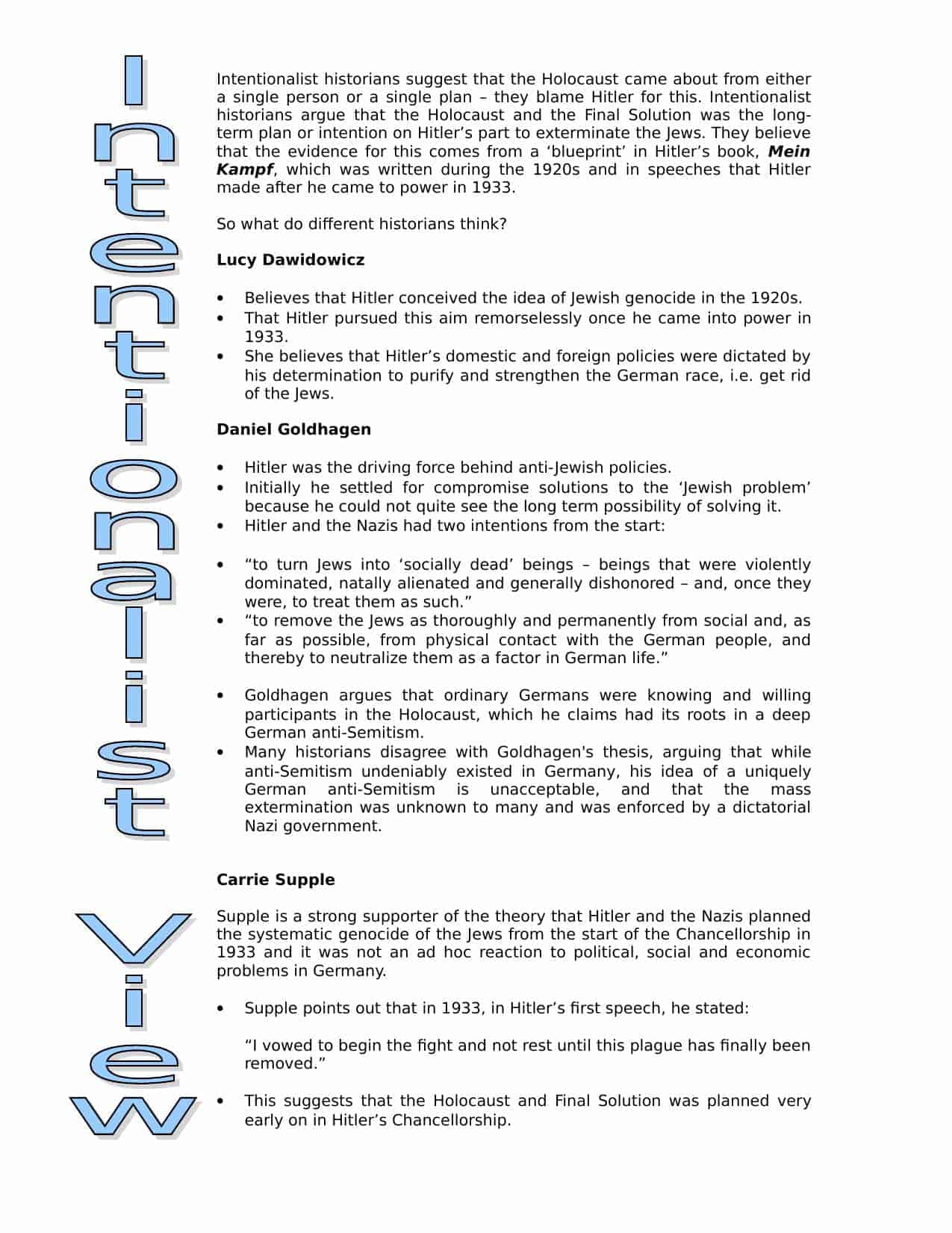 Intentionalist historians suggest that the Holocaust came about from either a single person or a single plan – they blame Hitler for this. Intentionalist historians argue that the Holocaust and the Final Solution was the long-term plan or intention on Hitler’s part to exterminate the Jews. They believe that the evidence for this comes from a ‘blueprint’ in Hitler’s book, Mein Kampf, which was written during the 1920s and in speeches that Hitler made after he came to power in 1933.

So what do different historians think?

Supple is a strong supporter of the theory that Hitler and the Nazis planned the systematic genocide of the Jews from the start of the Chancellorship in 1933 and it was not an ad hoc reaction to political, social and economic problems in Germany.

“I vowed to begin the fight and not rest until this plague has finally been removed.”