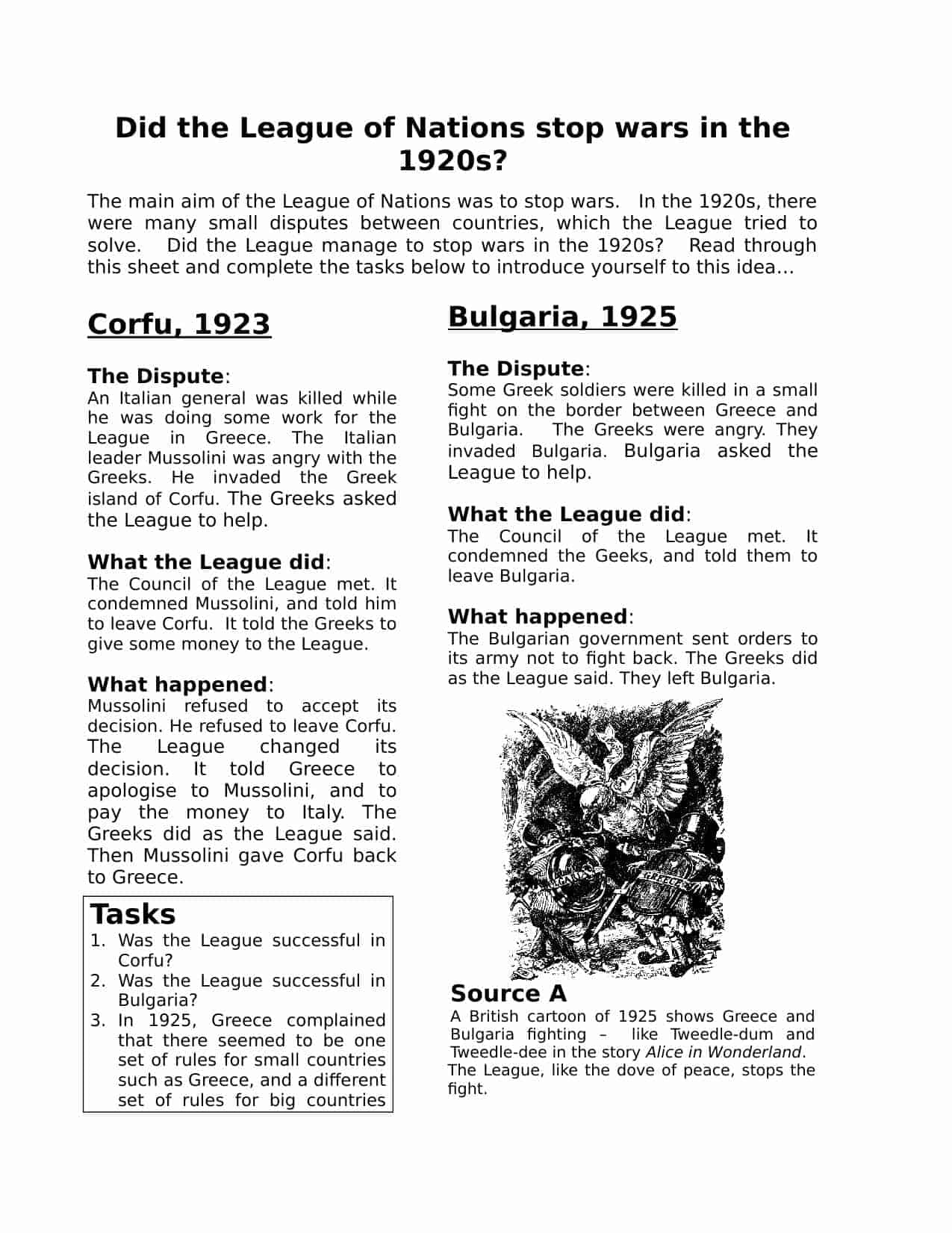 The main aim of the League of Nations was to stop wars. In the 1920s, there were many small disputes between countries, which the League tried to solve. Did the League manage to stop wars in the 1920s? Read through this sheet and complete the tasks below to introduce yourself to this idea…

The Dispute:
An Italian general was killed while he was doing some work for the League in Greece. The Italian leader Mussolini was angry with the Greeks. He invaded the Greek island of Corfu. The Greeks asked the League to help.

What the League did:
The Council of the League met. It condemned Mussolini, and told him to leave Corfu. It told the Greeks to give some money to the League.

What happened:
Mussolini refused to accept its decision. He refused to leave Corfu. The League changed its decision. It told Greece to apologise to Mussolini, and to pay the money to Italy. The Greeks did as the League said. Then Mussolini gave Corfu back to Greece.

The Dispute:
Some Greek soldiers were killed in a small fight on the border between Greece and Bulgaria. The Greeks were angry. They invaded Bulgaria. Bulgaria asked the League to help.

What the League did:
The Council of the League met. It condemned the Geeks, and told them to leave Bulgaria.

What happened:
The Bulgarian government sent orders to its army not to fight back. The Greeks did as the League said. They left Bulgaria.